The registration period for engine manufacturers for the new regulations from 2026 ended on October 15. Only Audi registered in time. Ferrari, Mercedes, Renault and RB Powertrains won a one-month extension. It’s about money.

October 15 was the last day. Engine manufacturers who want to participate in the Formula 1 World Championship under the new 2026 regulations must display their colors by this date. However, only the new Audi was registered by the deadline. Ferrari, Mercedes, Renault and RB Powertrains refused and thus got the deadline extended to November 15.

Established producers were not satisfied with various points in the regulations. As always, it was about money and details in the law. And that the world party could theoretically change the rules after the registration deadline until the end of October.

The FIA ​​wants to increase the registration fee for engine manufacturers. From 850,000 euros in the first year to millions each in the following years. The union justifies the price increase by saying that monitoring the cost limit costs extra money. It will start next year with 95 million dollars for current manufacturers and 105 million for newcomers like Audi.

The same limit values ​​apply in 2024. In the last year of the preparatory phase, the prize for new producers decreases to $ 100 million. From 2026, the same budgets will apply to everyone. Expenditures reach $130 million.

Engine manufacturers want to ask their customers to pay more from 2026.

Client engines should be more expensive

From the team’s financial audit last year, the FIA ​​knows how difficult it is to track costs. Automators make auditing and cost allocation more difficult than teams because it’s even easier to hide spending in other areas. The FIA ​​requires an expense allowance for this. At the same time, he wants to set the price for customer teams at 15 million euros, as before.

Ferrari, Mercedes, Renault and RB Powertrains want the lump sum to be increased to 20 million euros. Especially since, unlike in the past, you also have to pay one million to the FIA ​​bureaucracy. There are also rumors that car companies are considering sharing in Formula 1 revenue as a team. They see themselves as part of the show, as chassis manufacturers. Maybe they will bite on the granite in Uhuru. 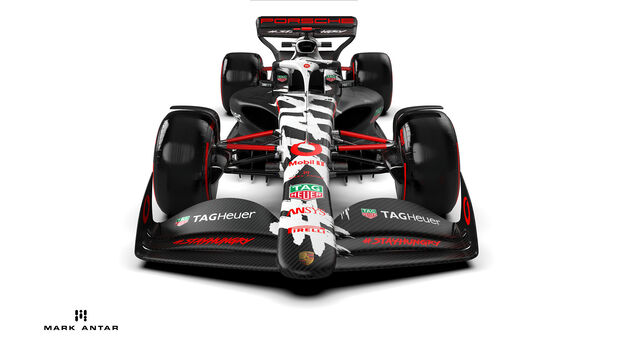 The deadline brings clarity to Honda and Porsche

The status of RB Powertrains is also still an issue. Currently, the engine division of the world champion team is considered to be 90 percent foreign. This means that there are only nine million additions to the cost limit in 2023 and 2024. In 2025 there will be an addition of 4.5 million. The big question is what happens when Honda jumps back on the bandwagon. That could change the status of the visitor depending on the Japanese participation. Red Bull would definitely build an internal combustion engine. Only the electric part would remain for Honda.

With the new deadline of November 15, the FIA ​​wants to remain firm in case the manufacturers play a strategic game with their delay policy. It could be an interesting date because it will clarify the plans Honda and Porsche have and if one of the car companies considering the promise of Formula 1 at the moment will dare from 2026. Experts expect that for Hyundai or Ford it will be too early to start in four years. Those who want to be there from 2027 have until June 30, 2023 to make a decision.

Listen to the podcast: DS 7 and Peugeot 408, electric car insurance and sales in Europe

Peugeot with a significant increase in sales in the first half of 2022 – Francuska.pl – Dziennik Motoryzacyjny

A kidnapped dog resurfaced from a southern town