The new version of the Enyaq electric model includes a battery with a capacity of 82 kWh. The car will be offered in 3 versions of the car.

The weakest power, 80, rear wheel and 204 HP, accelerates from zero to “hundreds” in 8.5 seconds, and its maximum speed is 160 km / h. The range in the combined cycle, depending on the selected equipment variant, ranges from 530 to 552 km. The engine is available for the “regular” version of the Enyaq Coupe iV and the Sportline version.

Finally, the 80x engine version is also available with 4-wheel drive and 265 HP. It allows you to accelerate from 0 to 100 km / h in 6.9 seconds. The maximum speed remains unchanged compared to the previously described version – 160 km / h. The range of this version, depending on the selected equipment variant, is from 507 to 515 km. The most powerful engine version – RS – offers 299 HP and four-wheel drive. The car accelerates to “hundreds” in 6.4 seconds, and the maximum speed is set at 180 km / h. Depending on the selected equipment version, the range ranges from 511 to 522 km.

The regular Skoda Enyaq will be offered in 5 trim levels.

The base, Enyaq, costs a minimum of PLN 249,950. The standard includes, among others, a 13-inch multimedia screen, navigation, audio control, cruise control, a rear view camera, a panoramic roof or … an umbrella.

The next version of Clever in the ranking costs at least PLN 266,250. Apart from what we get as standard, we also offer cruise control, a keyless entry system and an inductive smartphone charger.

The Plus version is above. Its prices start from PLN 277,100. In addition to the equipment offered in the following versions, you can get an electric tailgate, an electrically adjustable driver’s seat with memory, full LED MATRIX lights and a cruise assistance system.

In the Top version (from PLN 288,500), you can add more, for example, a Head-up display, an illuminated grill or a heated mirror. 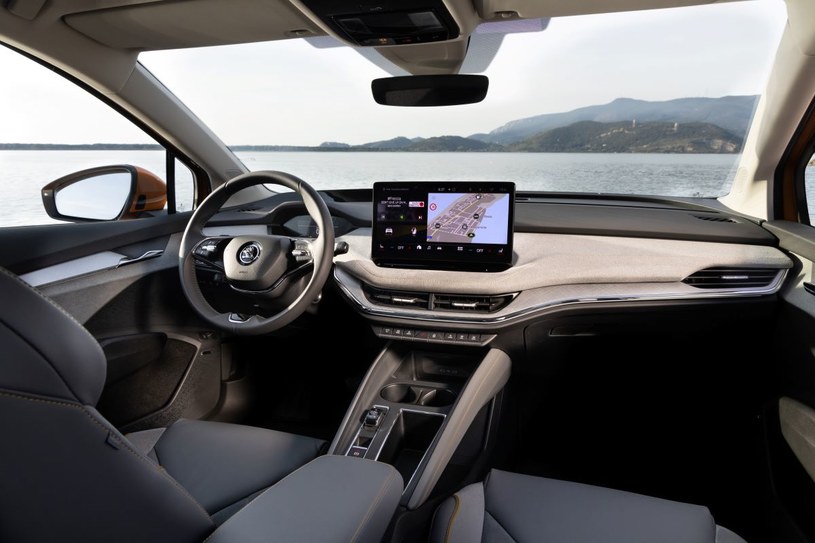 In each of the selected versions, the Skoda Enyaq Coupe will be offered in several trim levels.
/Skoda /media equipment

Above this level is the Maxx version. Its price starts from PLN 299,500. In return, the car will include: massage on the driver’s seat, adaptive suspension or a 360-degree camera.

When choosing the Skoda Enyaq Coupe iV Sportline version, we have a choice of two engine types. All are available in all three trim levels. We will pay a minimum of PLN 283,950 for the Sportline version. In return, we will receive standard features such as a rear camera, voice control, a multimedia system with navigation, a panel roof and a self-identifying charger. The Sportline version with 4×4 drive costs PLN 294,400. 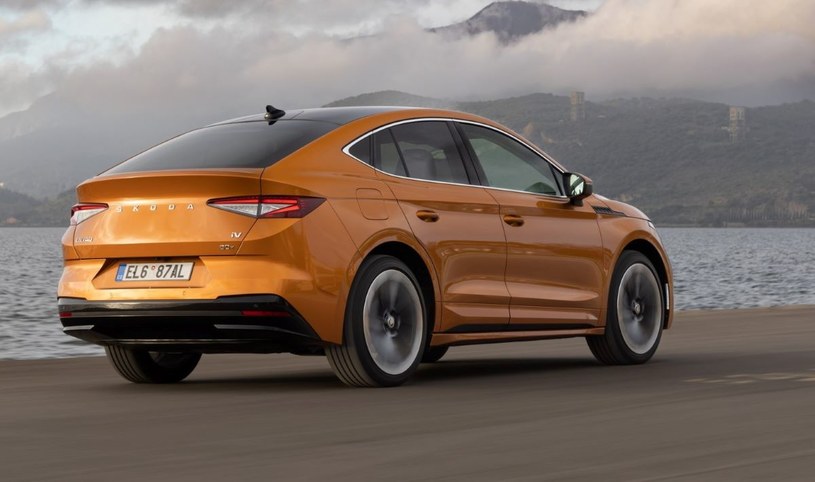 In the Sportline Advanced version, the prices of which start from PLN 294,650, we will find, among others, an illuminated grill, a heated windshield or a Head-up display. The four-wheel drive version of the car costs PLN 305,100.

For the range of Sportline Maxx equipment, you have to pay a minimum of PLN 303 750. We get, among others, adaptive suspension, massage on the driver’s seat, and a 360-degree camera. The four-wheel drive version costs at least PLN 314,200.

The RS version is also offered in three trim levels. In the standard equipment version, for which you have to pay at least PLN 295,900, you will find, among others. panoramic roof, inductive phone charger, illuminated grill, and RS styling elements. 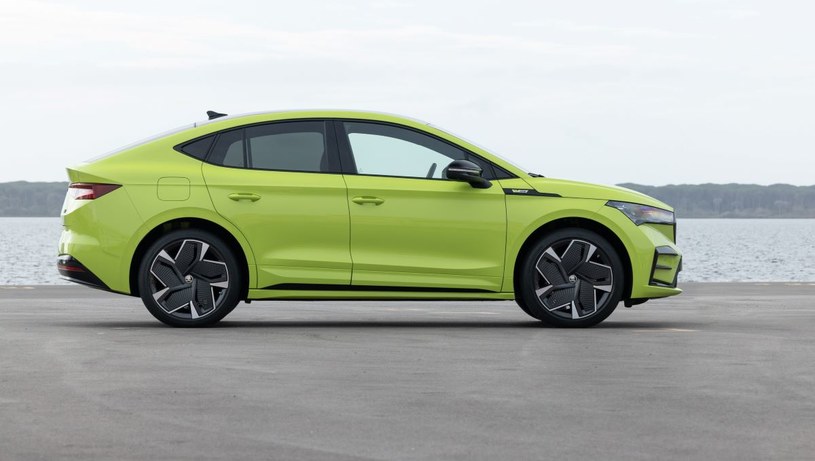 In the RS Advanced version, the cost is less than 309 thousand. we will get zloty, among others Head-up display, heated windshield, heated rear seat and travel assistance. At the very top of the tree is the RS Maxx range. For him, however, you will pay at least PLN 318 thousand. zlotys. Accessories also include a 360-degree camera, adaptive suspension or massage on the driver’s seat.

Moto Flesz – part 63. About the future of Izera and the price of the first Jeep from Poland
INTERIA.PL

Skoda Enyaq Coupé Trial – Should you choose it for a larger variety?

Skoda Enyaq Coupé test – Should you choose it for a wider range?

Skoda Enyaq Coupe is a new showcase of engineers. Here is the first evidence

This is how Porsche’s announced IPO should work