Fatal accident outside of Rome. The victims were between the ages of 17 and 21. Some of them were thrown from the passenger side of the car which overturned several times. They had just celebrated the birthday of one of the victims

Another massacre in the streets, once again at the gates of Rome. Five young people died in incitooth which happened on Thursday night through Nomentana, at the peak of New Source. The victims are Valerio Di Paolo, Alessio Guerrieri And Simone Ramazzottiall aged 21 (the last two were cousins), Giulia Sclavo (died shortly after arrival by ambulance at Policlinico Umberto I) e Flavia Troisiwhose birthday was Thursday, both were 17 years old. Serious, but not life-threatening, in Sant’Andrea Leonardo Chiapparellialso 21, the sixth boy in the car. At the wheel of the Fiat Cinquecento Di Paolo was registered in his father’s name, at least according to the results of the carabinieri of the Monterotondo company and the Mentana station, coordinated by the Tivoli prosecutor’s office, according to which the youth “traveled the road at speed, before losing control of car”.

The boys had just left a club on Via Nomentana – of DK33 – where they had celebrated Flavia’s birthday and they all got into the car. The cause of the accident is still unknown. It was 2.30 local time they heard a crash: they looked out and saw a minivan overturned on its side on the ramp and through IX Novembre, some boys were thrown out of the passenger compartment onto the pavement. The car would fall and overturn several times after hitting a lamp post and knocking down a tree. Unfortunately, 118 rescue efforts were useless for the young people who were still in the car, then released by the firemen, and for those who were thrown out.

According to some residents, the accident could also be caused by a difference in the asphalt, a lump, which would have been found before the place where the driver lost control in the sixteenth century. The aspect that the investigation focuses on. The speed maintained by the vehicle on that stretch of road and the driver’s psychological state are also examined.. In the next few hours, some witnesses will also be heard, including those who spent the evening at the club along with six young people who got into the car. Images from some surveillance cameras in the area can also be found. At this time, however, no other vehicles appear to be involved.

Also from the first investigation about the course of the accident, it was found that the young man at the wheel could lose control near the corner in the middle of the city, with sidewalks on both sides. After traveling part of the road near the edge of the road the car could have taken off after hitting the pedestrian crossing. From there the Cinquecento danced for tens of meters until it stopped in the middle of the street. Among the hypotheses also the one that, considering the temperature of this night near Rome, A layer of ice may have formed on the pavement. The remains of the small car have been transferred to the court’s storage where they will be examined by experts appointed by the prosecutor’s office which has currently opened a file against unknown persons.

In 2007 in the same area another 5 boys died in an accident, while in 2014 a motorcycle Roberto De Amicis and his son Cristian, 7 years old, was hit by a car: father and son, who were returning from the Olimpico after watching the Romanian match, died instantly. But there was a fatal accident in 2011 as well, with three deaths, and more Last July when fish chef Giorgio Alberto Galbiati lost his life on a motorcycle near Fonte Nuova. At the same time, the mayor of Rome is talking about a “road safety emergency”, Roberto Gualtieri: “A terrible accident, the lives of five people were cut off – he announced from the main hall of the secondary school of Tasso where he gave a history lesson on the Shoah -, I still do not know the dynamics and the reasons, we will try to understand what happened but it has been confirmed, in general, aroad safety emergency, you must ensure that you are not driving on the road. There are general problems that must be faced by everyone, in Rome and in all the Municipalities of the capital and the country”. The Mayor then expressed his closeness and “deep condolences” to the families involved.

“The fatal road accident that happened last night, in which 5 young people lost their lives, strongly suggests again the theme of road safety – he explains. Eleonora Mattia, president of the IX Commission for education and youth policies of the Region of Lazio -. It is not enough, even if it is necessary, to keep the streets straight and increase the police force inspection, what we can bring about is change youth awareness for careful and responsible driving and conscious drinking. If social media prompts us to imitate driving behaviors, we as an institution must address prevention so that we can get behind the wheel with greater focus and a sense of responsibility. I hold the pain of the families of the young victims”.

If you want to stay updated on Rome news, subscribe for free to “The Seven Hills of Rome” newsletter edited by Giuseppe Di Piazza. It will arrive every Saturday in your inbox at 7am. It’s enough Click here.

The case of the death of a cyclist near Rance dam

Personal medicine is circulating, the man is serious

All TuS teams face a major challenge: The start of a new year for TuS handball teams

Head-on collision in Arpino, a 31-year-old man dies. The dog that traveled beside him was only injured 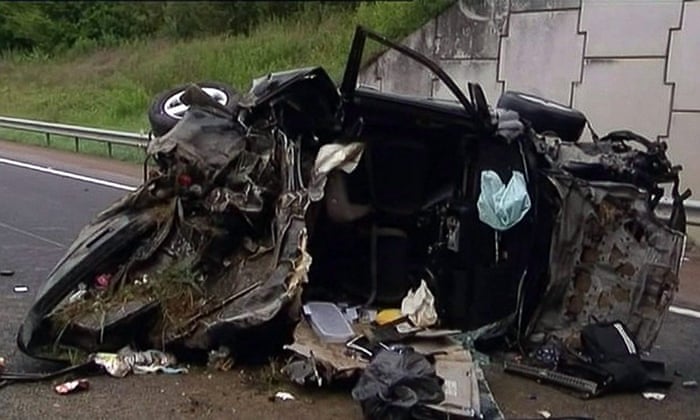 A Macabre Accident on the A14. Porsche Driver Beheaded (+18)

Channel Support: what it is, how it works, how to activate it and types

Audi’s “transformer” SUV transforms into a pickup truck in seconds

For Clochard who died during the night, the funeral is yet to be arranged