(Motorsport-Total.com) – Marco Wittmann will also drive the BMW M4 GT3 in the DTM in 2023. But before the season starts – the race calendar has not yet been published – Wittmann will be competing in the first two races of the 2023 IMSA season in the spring: 24 Hours of Daytona on August 28/29. January and the 12 Hours of Sebring on March 18.

Wittmann is part of the BMW lineup in the GTP class at Daytona and Sebring. The manufacturer from Munich is launching its two new BMW M Hybrid V8 LMDh cars there.

But because Wittmann is scheduled for the entire 2023 DTM season, he is not one of BMW’s four regular drivers in the IMSA sports car series, but instead supports the endurance racing squad.

Wittmann can imagine more races in the BMW M Hybrid V8 in the future. In this regard, however, he is targeting WEC rather than IMSA. BMW enters the WEC hypercar class with the M Hybrid V8 a year later than the IMSA GTP class.

Why Wittmann WEC appeals beyond IMSA

“I think you can combine WEC and DTM as long as there are no overlapping dates,” Wittmann told English language version of ‘Motorsport.com’. On the other hand, he describes the combination of IMSA and DTM as “more difficult because there are only twelve. [IMSA-]it’s racing and travel is added to it.” 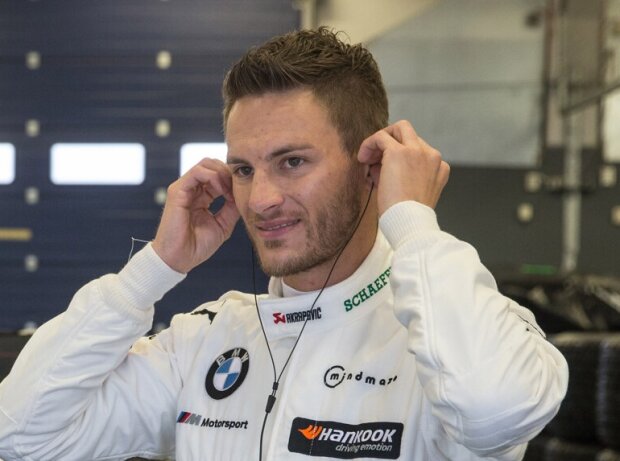 Could Marco Wittmann be running two parallel races in 2024? zoom

And something else makes the idea of ​​the 2024 WEC season even better for Wittmann than the whole IMSA season: “I still have Le Mans on my to-do list. I’ve never competed there, but it would be great. There’s still a little time until 2024 of course . We haven’t talked about it yet, but that would be a great program.”

In preparation for the two long-distance races at Daytona and Sebring, Wittmann has already tested the BMW M Hybrid V8 twice – first at the Circuit de Barcelona-Catalunya in Spain and a little later at the Road Atlanta race in the USA.

“The car is cool,” enthuses Wittmann after he gives a test in the LMDh racer, emphasizing its special advantages: “Finally it’s a car with low power again and a lot of power. It’s a car without ABS, so it’s a real racing car.”

What Wittmann’s future at BMW will be beyond Daytona and Sebring and the 2023 DTM season remains to be seen. For now, the two-time DTM champion says only this: “What will happen in 2024 is difficult to say at the moment. At the moment I am only looking at 2023. But I have fewer and fewer options. I want BMW Motorsport. Let’s see if you can make it happen for me.”

Allegations of diesel fraud now also on Hyundai and Kia?