Hanover – VW takes the Amarok into the second round. The second generation pick-up is scheduled to go on sale at the beginning of the year. VW has yet to announce prices for the all-round talent between the construction site, the boulevard and the mogul slope. But since the current model started at a good 40,000 euros, a new, highly improved flatbed truck should not be available for less than 45,000 euros.

This time VW saved a lot of money during development. Because the second generation is not his generation. According to the manufacturer, it comes from a partnership with Ford and is based on the Ranger, which is also built in South Africa. However, VW refers to the independent design of the body and cabin, which should prevent confusion.

The new Amarok offers more space for crew and cargo

With the change of generation, the Amarok, which is available with one or two cabs, has found something in all the important dimensions. With a length of 5.37 meters and a wheelbase of 3.27 meters, it now offers more space for passengers and on the platform. At the same time, the load increases by almost 15 percent to 1.16 tons.

When it comes to equipment, VW brings the Amarok into the modern era and offers up to 20 assistants as well as numerous comfort additions from digital functions to a keyless entry system. Now there is automatic distance control to stop and LED matrix light.

The Amarok is available as a diesel and petrol engine

Under the hood, VW relies on four diesel engines and one petrol engine. Their various performances have been adapted for different markets: they are all designed as turbos, covering a performance range from 110 kW/150 hp to 222 kW/302 hp, depending on the manufacturer.

For Germany, more powerful diesels are to be expected, which have a displacement of 2.0 or 3.0 liters and four or six cylinders and produce between 125 kW/170 hp and 184 kW/250 hp. According to VW, the engines are paired with a ten-speed automatic and rear or dual all-wheel drive.

VW Amorak: The new option to take is the Ford Ranger

The new Amarok from Volkswagen is actually a Ford

Volkswagen Commercial Vehicles: This is what the Amarok pickup looks like

The new VW Amarok: Ford’s cousin with his own appearance 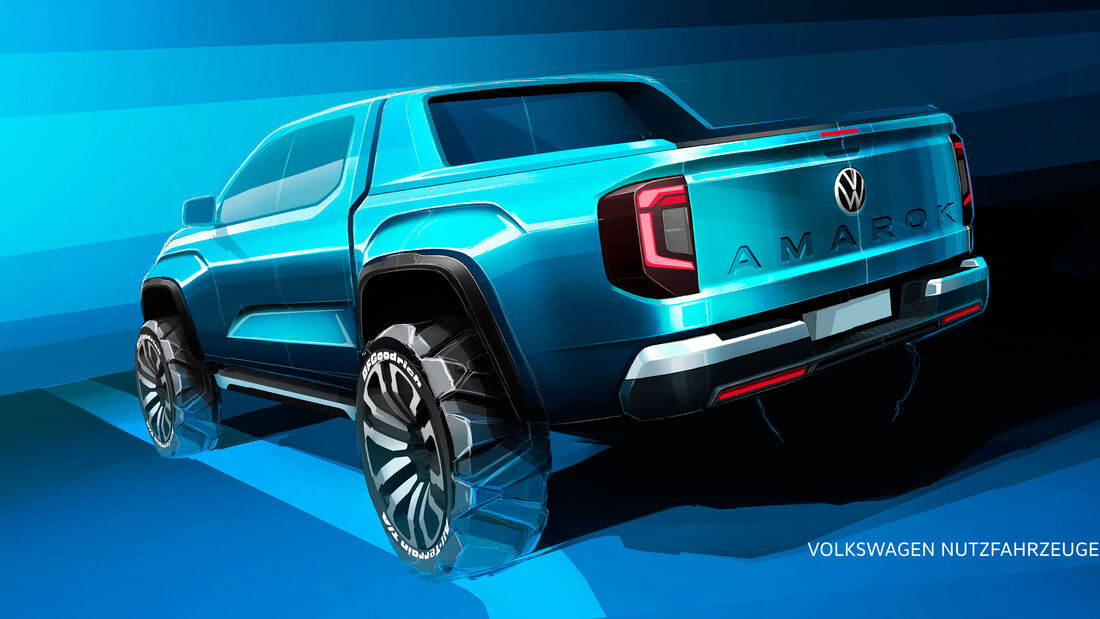 Is Volkswagen also coming soon with an electronic pick-up?

Rolls-Royce doesn’t think of a model under Ghost

Cadillac continues to attack with XT4

River makes his Nissan Skyline car the way he likes it

Cadillac will expand significantly in China

Volkswagen Gen.Travel: the motoring of the future – check in and go to bed

You can say that Kiti is an SUV. Three of the five models in the Spanish brand’s range are SUVs