(Motorsport-Total.com) – The racing team does not hide the fact that Aston Martin wants to compete for the world championship in Formula 1 in the near future. Lawrence Stroll didn’t buy the Force India team just to compete in the premier class, the Canadian businessman really wants that.

New team boss Mike Krack believes that Aston Martin will soon have all the ingredients together to achieve the success that has been denied to other ambitious racing teams. The most important thing at the moment is the improvement of Silverstone’s infrastructure, which Krack describes as “huge”.

“We’re going to be top-notch, which clearly shows the expectations of Lawrence and the team,” insisted Krack this week when he was introduced as team boss. “We have a five-year plan and we will have all the tools and equipment to succeed,” he promises.

Five-year plans: No one succeeds

However, most fans have to bend their ears when it comes to the five-year deal. Aston Martin is not the first team to announce one. Very few have succeeded in doing this. The most recent example is Renault, which returned to Formula 1 in 2016 with one of these.

Six years later they still haven’t passed mid-table and have released a new program under their new Alpine name – the 100 race program. It looks different, but it’s basically the same. 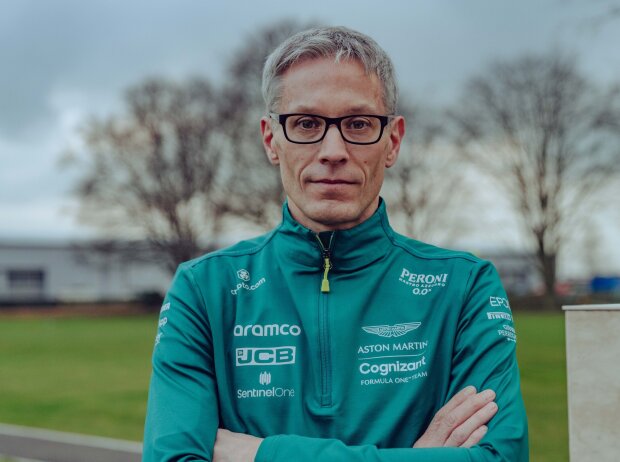 “Yes, I agree that five-year plans don’t always work because only one can win,” says Krack. “But as it is now, you often have disruptions where you have to reorganize with a new set of rules.”

But the Luxembourger sees an advantage in Aston Martin: although the name says it is a manufacturer, it is not the same as a large works team like Renault.

Lean management design as a benefit

“We have a weak management structure and we can make decisions very quickly and are flexible,” he emphasizes. “So we have a big opportunity. And we have a quick decision-making process. I think that’s an advantage that not everyone has.”

At the time, when Krack was still chief engineer there, BMW also had a five-year plan. But “it was handled very entrepreneurially, which we have to avoid here at all costs,” he insists.

Photo gallery: Groundbreaking: This is what Aston Martin’s new F1 factory will look like

“With the way we have divided the responsibilities, we are fast now, we are flexible and we can respond faster than others I think.”

A satisfactory test of Barcelona

So far, Krack has not affected the work of the team much, after all he has been part of the team since March 1. AMR22 was still under the leadership of the old management, but it made a strong impression during the test drives. The team’s new boss thinks so too: “The Barcelona test was very good,” he nods.

Despite the major rule change, Aston Martin was able to complete many laps and away from yesterday afternoon when the team he had to load early after the fire in Sebastian Vettel’s car, he saw a good lean.

F1 Barcelona test: Not a good end for Vettel

We analyze the last day of the first winter test in 2022. Among other things, problems in the teams of Sebastian Vettel and Mick Schumacher. More Formula 1 videos

“In that sense, the test was a success,” says Krack. “We had a few hiccups, like most teams, but that’s understandable when you see how much we’ve changed. And we also have to remember that testing is testing. If we don’t learn there, we’re not all learning.”

In Bahrain, Aston Martin will react to the events from Barcelona and bring the first updates of the new car. “Of course the medium term is not very long. With all the equipment to get everything to Bahrain. But we are working hard to improve the car with what we have learned.”

A Ferrari with a special home run at Monza

The new Kia Niro – a replacement for the Sportage may have 204 hp. First impressions, prices in Poland