The opening match of the season brought a nasty surprise for Aston Martin. The team, which at least wanted to play in the top tier, struggled with Williams at the bottom of the table. The wind tunnel confirmed the AMR22’s better values ​​than it can show on the race track.

“The flying event slowed it down,” technical director Andy Green explained. “It forced us to drive in a configuration that wasn’t designed. We had to drive it higher than we wanted and that cost us a lot of lap time.”

Engineers were faced with the question of whether they could keep the idea and eliminate the car’s bounce by modifying the bottom, or whether they should switch to another idea that had already proven to work.

When the Aston Martin B version was rolled out of the garage, it was clear what Andy Green’s design team had decided. It’s a massive conversion that looks just like the rest of the car. Paddock already mocked the “green Red Bull”.

The interior also had to be modified for the new horn shape.

In fact, between the axles, the AMR22B shares many similarities with the Red Bull RB18. From the side pods, which go down in the form of a ramp. Up to eight ducts and vertical baffles in the front area of ​​the underbody. The FIA ​​knew beforehand. In optimization mode, teams must submit CAD files for individual components to the global organization in advance.

Due to the high number of matches, FIA inspectors arrived at Aston Martin’s Silverstone factory on Tuesday and Wednesday this week to investigate whether there had been unauthorized exchanges of information. The association has now given Aston Martin the green light. Based on the results, the car was built in-house without outside help.

The suspicion was also apparent because seven Red Bull engineers had switched sides in the past year, including former head of aeronautics Dan Fallows. After the first pictures of the restyled Aston Martin hit the internet, Red Bull also wondered if the rebels had taken more than their knowledge with them. 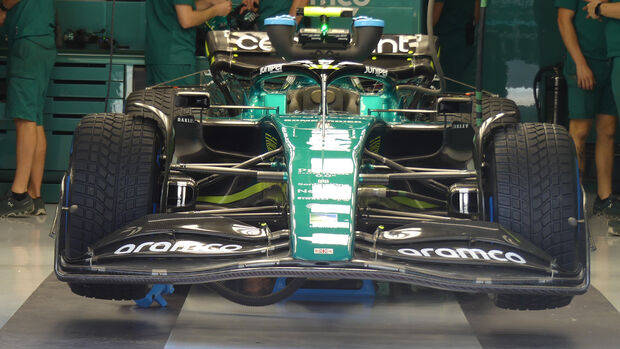 Aston Martin denies the allegation. The team from Silverstone hunted not only in the design office of Red Bull, but also in Mercedes. And you still haven’t gone the Mercedes route, although the gearbox and rear wheel suspension are sourced from Mercedes.

In addition, former Red Bull man Dan Fallows only moved into his new office in April this year due to his work ban and therefore could not have any influence on the design of the B version.

Because the new Aston Martin is not a quick reaction to a bad start to the season, but it has been developed in the wind tunnel since last November. “If we had started the program after the first race, we would never have been able to put the two B versions on wheels in front of Barcelona,” says the engineer.

Therefore, Aston Martin always planned with two different concepts, because the technical rules in the development phase left it clear which way would be correct. In October 2021, Aston Martin designers made the decision for the A version.

“The values ​​in the wind tunnel got better and better and the direction of how we could get a little bit of power for it was directed higher. A month later we realized that we were not going any further. That we had to keep the car going higher and higher, the more we grabbed it. And that did the car fell through the window we made. So we were going back.” 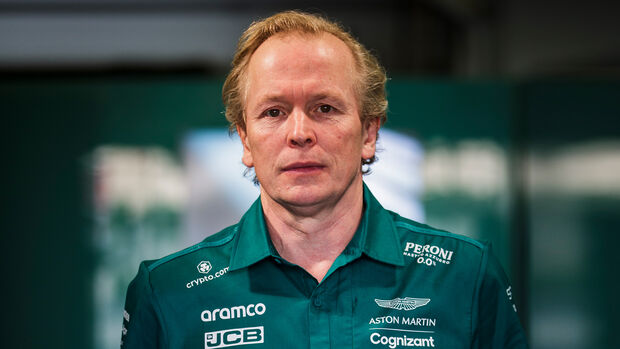 Aston Martin Technical Director Andy Green is defending himself against a charge of illegal copying.

Since November 2021 work on version B

Therefore, engineers resumed work on the temporarily closed version B. And they had side boxes like Red Bull, never seen RB18. The engineer reveals: “We were able to show the FIA ​​CAD data and images from our wind tunnel prototype last fall and confirm that we didn’t copy anything.”

The reboot of the B version came too late for the start of the season. Production has long started for the A specification. However, because it was clear that sooner or later Aston Martin would switch to an alternative, only small parts were produced from all the equipment in order not to collide with the cost limit too early in the season. For example, there was only one spare part for each cooler.

Andy Green recalls that when he presented the car, he already said that when the chassis was being developed, someone was interested in driving the car with a different configuration.

The cooling system and the installation of internal housings are arranged completely differently in a new car. Which is also proof that version B was planned for a long time. “The chassis had to be built to accommodate two different cooling systems. If we hadn’t done that, it wouldn’t have been possible to switch to the new sidepod geometry.” 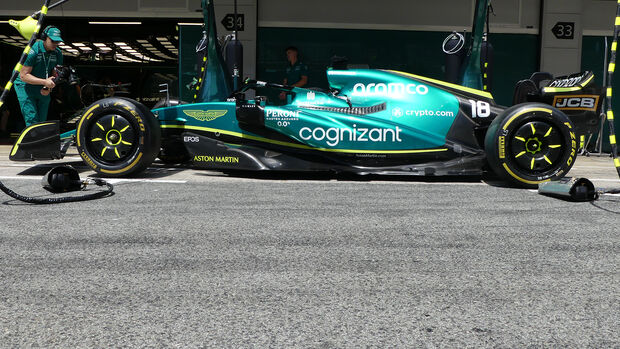 The new concept is meant to slow down the pace. But engineers first have to understand the car.

A new concept is less likely to fly

In fact, the use of the AMR22B was only intended for the British GP at Silverstone. But when it became clear after the first two races that the A version was still suffering and therefore did not reach the low values ​​that the wind tunnel promised, Andy Green pulled the ripcord. The readied car had to be put on its wheels as soon as possible.

At the time, some of the upgrade parts had already been released for Silverstone. “We would not have made it through Barcelona without these early efforts,” says the team. For Aston Martin, the season starts anew. So one is also prepared for the fact that the success of the measure will not be seen immediately. “We have to understand the new car first.”

So it could be that the B version is also slowed down by flying. However, the engineers are sure that the shaking can be better controlled with the idea of ​​Red Bull. “Because now we don’t have to drive the car as low and as hard to generate enough power. It’s a completely different way to get the deficit. More travel is better for the driver and better for the tires.”

It’s déjà vu for Green and his colleagues. Two years ago they were criticized for copying last year’s Mercedes. But this time there is an important difference. “The nose, the front and rear wings and the suspension are completely different from the Red Bull. That’s why you can’t say a copy. The shape of the side ramp is not only seen on the Red Bull, but also on other cars.”

Bolesławiec for you – Bolec.Info: A car crashed on the A4 in Osła