Cadillac One – Blood in the trunk

When the driver has to leave quickly in the car in which the president is riding, he can inject nitrous oxide (known as laughing gas) into the engine. It can increase the power of the 6.6-liter V8 in a short time. Liquid nitrogen oxide cools the combustion chambers in the engine, carrying more oxygen atoms more powerfully. In addition, the presidential limousine has run-flat tires that even a gun shell cannot penetrate. However, if the tire is damaged anyway, the car can continue on steel rims. In the trunk – along with the fire extinguisher – there are oxygen cylinders and a “first aid kit” with containers containing blood of the same group as the president. He himself is seated in a special armchair that can be lowered further to the floor at the push of a button. In addition, the president’s car, which in the words of the American announcer “could withstand the impact of an asteroid,” is equipped with secure communication systems, including a satellite phone and has a direct connection with the vice president and the pentagon. In addition to the president himself, six other people can sit in Cadillac One; the seats are arranged in the order of 2 + 3 + 2.

The new animal entered service in 2018 and is reported to be one of the twelve. During the inauguration of the presidency of Donald Trump on January 20, 2017, the original Cadillac One, which was used by Barack Obama, was used.

The cars of American presidents are like bunkers on wheels. Since at least the assassination of John F. Kennedy in Dallas on November 22, 1963, who was shot and killed while driving an open-top Lincoln SS 100-X, the limos of the President of the United States must meet the highest security standards. The Beast will protect Joe Biden, the new president of the United States, for the next four years.

Born from the ruins of Ford: 120 years of Cadillac – dreams and shine and drama

Electric Cadillac CELESTIQ for PLN 1.5 million is not a car, it’s a work of art! 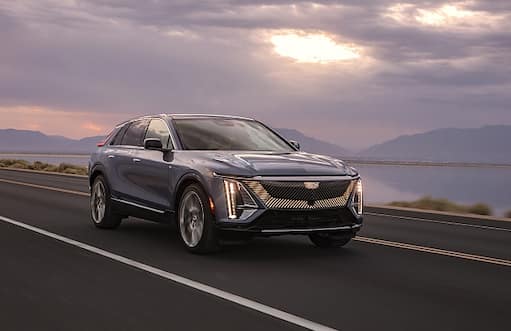 The Electric Cadillac LYRIC achieves a range of nearly 500 kilometers

The Kia XCeed (2022) gets a facelift with an updated look

How the new Subaru Forester differs from its predecessor