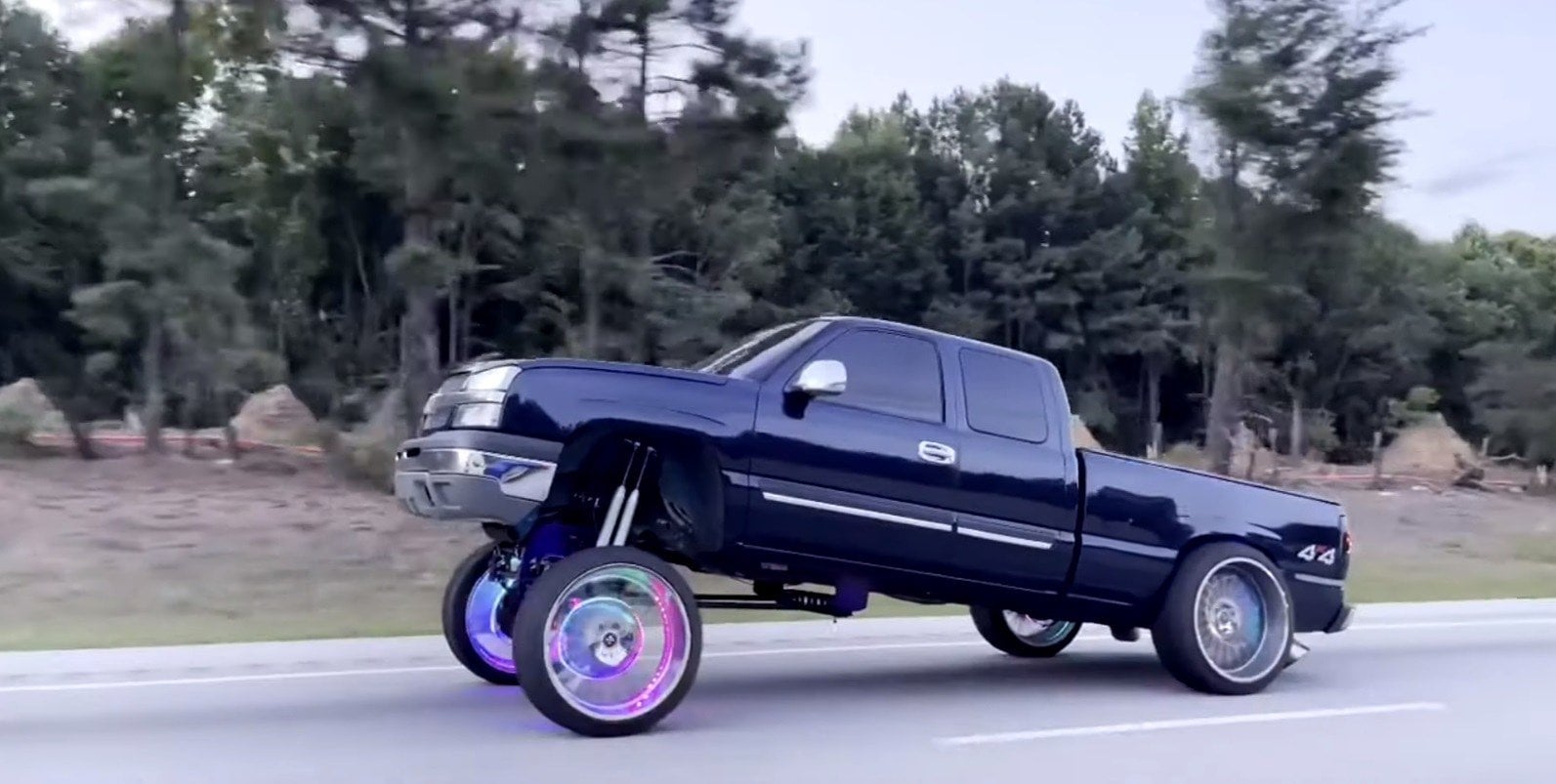 The “Carolina Squat” is a fad in which truck owners raise the front end of their vehicles while lowering the back end.

The craze actually started in California’s Baja Racing scene and spread rapidly when hundreds of drivers uploaded images of their squatting automobiles on Instagram.

The trend spread throughout the nation, particularly in the South and in North and South Carolina itself.

The state of North Carolina has officially banned the Carolina Squat after an internet petition advocating for the prohibition gathered momentum.

Given this new information, we updated this post to provide additional details regarding this divisive change in the automotive industry.

By raising the front and lowering the back of their cars, car enthusiasts could achieve a significant “rake” look. To further emphasize the car’s little stature, they may even try mounting the biggest wheels and tires that would fit on it. However, it would be misleading to say that the vehicle industry has benefited little from this trend since there are numerous negative consequences. For example, it should come as no surprise that none of today’s many high-performance automobiles are offered for sale in a crouching position.

The Carolina Squat drastically impairs a truck’s ability to function, and it also makes it difficult to see over the dashboard, therefore rendering it useless for transporting cargo.

Also, The Carolina Squat has problems beyond those already mentioned. There are better ways to upgrade a car than this one, but it’s not impossible.

To know more about the Carolina Squat and what happened after it, keep reading.

Contrary To The Name, ‘Carolina Squat’ Originated In California

The “Carolina Squat” is a term used to describe a specific style of car modification, characterized by a raised front end and a lowered rear. However, despite its name, the origin of this style may actually lie in California.

We have social media to thank (or blame)

The Baja racing scene in California is credited with starting the trend.

The Carolina Squat served a useful purpose because of the arid conditions that are common in Baja racing.
Because the rear of the vehicle made first ground contact at higher speeds, the vehicle’s raised front end contributed to its enhanced stability.

The Carolina Squat is often seen in desert racing. However, outside of this context, the modification is typically done for aesthetic or status reasons.

Many people will not install the upgrade unless they plan to do serious off-roading. The rise in popularity of the Carolina Squat can be attributed to social media, specifically the prevalence of crouching car photos on Instagram.

While the exact reasons for the phenomenon’s meteoric rise remain debatable, everyone agrees that social media played a major role in its proliferation.

Truck squats, also known as Carolina squats, are a popular style of driving in the southern United States. This style involves lowering the suspension of a truck and increasing the size of the wheels and tires. By doing so, the truck sits closer to the ground and appears to be squatting.

This style is particularly prevalent in North and South Carolina, Louisiana, and Georgia. The reason for its popularity in these states is not entirely clear, but it may be due to a combination of cultural influences and a desire to stand out and make a statement with one’s vehicle.

There is a large community of Instagram users who follow accounts that only post pictures of truck squats. These accounts showcase different variations of the style and often feature custom-built trucks with unique designs. Many of these users also attend car shows and meetups where they can show off their trucks and connect with other enthusiasts.

The truck squat style has become a form of self-expression and a way to show pride in one’s vehicle. It is also a way to create a sense of community and belonging among enthusiasts who share a common interest. However, it is important to note that this style of driving can have negative effects on the vehicle’s performance and safety, and it should be done with caution.

The truck modification subculture has grown in popularity, leading to the creation of vehicle squat modification kits by aftermarket part manufacturers.

The front suspension of these pickup trucks is typically separate from the rest of the vehicle, allowing for modification of the height through techniques such as ball-joint lifts or torsion bars.

Despite criticism, this trend has become a full-fledged phenomenon in recent years. The Carolina Squat is a well-known and popular modification among truckers and within Facebook communities dedicated to the profession.

Both common and rare pickup trucks have undergone extensive redesigns as a result of this trend. It is important to note that not all automobiles are created equal and this trend may not be suitable for all types of vehicles.

The Carolina Squat is risky and not useful in everyday life. The act of squatting a car presents a number of difficulties and risks. It is possible that altering the car’s exterior will have a significant impact on its performance and handling.

It is impossible for a vehicle to tow anything if the back end is already squatting. Worse, if the vehicle is skewed with the front higher than the back, the headlights will shine upwards rather than forward, providing no illumination of the road or its surroundings. Third, the slanted car will obscure the driver’s field of vision, increasing the risk for everyone inside.

When the driver is squatting, the normally trustworthy vehicle poses a risk to the driver and other road users. It appears that not even the most powerful vehicles on the market are safe from this trend.

Car seats can be adjusted to fit the driver’s needs, providing a comfortable and personalized driving experience.

If a car has been lowered, or “squatted,” it can be returned to its original height by replacing the modified components with stock-height equivalents.