Citroen C4 Aircross distinguishes itself from its sister models. What is not easy, the French succeeds quite well.

Competing in the highly competitive compact class SUV it takes a strong character to survive. Citroen C5 Aircross has that.

Where the competition relies on driving dynamics when in doubt, it’s deliberately relaxed and comfortable. A good addition to the smooth chassis is a powerful car – which has not yet fully convinced.

Creating your own profile for the C5 Aircross was a particular challenge. Because with Peugeot 3008 and Opel Grandland has two strong and successful young ladies by his side, in whose shadow he would have to sleep at worst.

To prevent this from happening, its developers have given it a few features that are rarely found in the sports UV segment. The most important feature is the gentle maintenance of springy and swinging. The C5 Aircross takes rough roads with ease, clears rough bumps and can be steered with your little finger in a quiet way, because the main work of steering is done by a highly dedicated servo motor. It also reduces the driver’s feeling for the road and resists fast cornering, but the overall feeling is convincing – otherwise you are just relaxed and gentle on the road in larger and more expensive SUVs with complex air suspension systems.

In the test car, a plug-in hybrid car consisting of a 1.6-liter turbo gasoline engine with 181 hp and an electric motor of 110 hp ensures that “cosy” does not become “lame”. Both drive the front axle and together produce 224 hp and 360 Nm of torque.

That’s almost a luxury for an SUV in this class that competes without sporting ambitions. The combination of a smooth ride and a powerful engine is a favorite, however, as it ensures quiet freedom in the C5 Aircross. Acceleration when moving forward in city traffic is the same force as when running on a country road or highway. In all those cases, the electric motor, which is powerful even at low speed, ensures speed.

The Citroen C5 has a plug-in hybrid. Photo: Citroën

The permanent-excitation motor also has adequate dimensions for long-distance solo travel. For batteries, however, this applies only to a lesser extent. Officially, the 13.2 kWh battery should be good for 54 km of driving, in practice, with a lot of love and under good conditions, it was around 40, and driving normally, only 35 km or even less are possible.

In this context, it is not interesting that Citroen only makes measurements of the range of city traffic in the price list. Up to 72 kilometers specified there are far from all practical facts and mislead potential buyers. Even the idea of ​​electric driving all the time, at least for short distances, doesn’t work with the C5. Also because Citroen charges relatively slowly at the AC socket, as is common with plug-in hybrids (series: 3.7 kW). The manufacturer has provided a very fast charging connection – this is also unusual in cars of this type. If you want to use a French SUV as an electric vehicle, you should have the option to charge yourself and not have to travel long distances.

Consumption with a full battery is a good 5 liters plus around 13 kWh over the first 100 kilometers. When not charging, the Aircross drives like a regular full hybrid and consumes about 7.5 liters of fuel.

A clean petrol engine may use more and lack an electronic boost during start-up and acceleration – but it will also be cheaper. Because at a base price of 40,400 euros, the plug-in hybrid has clearly exceeded the standard Citroen position. A good 10,000 euros separates it from the entry-level 96 kW/131 hp petrol engine. Electric car charging still covers part of the extra costs. Whether this will still be the case in the coming year remains to be seen given the announced funding restructuring.

It doesn’t matter what engine is on board: As a storage and resting place, the Citroen can be impressive. In front, even tall people sit in the air, the back is narrow, as usual in the class, and the wide C-pillar also absorbs light. The bench can be moved in length and has an adjustable backrest. Families appreciate the option to place three child seats next to each other. A generous 600 to 1,500 liters are available in the rear cargo area. However, there is a small reduction for the lower head under the loading flap and the upper loading sill, which is due to the SUV concept.

In general, the cockpit is also successful, with modern styling and good ergonomics. However, the operating system has a few weaknesses: Citroen does without haptic buttons on the central console and instead uses touch surfaces that are difficult to use accurately while driving. Stellantis models are used for the fact that the infotainment system always allows the radio to play after the engine is started, even if another source was previously active. It’s still annoying.

However: In the confusing field of compact SUVs, the C5 Aircross stands out thanks to its special character. Customers who need comfort should take the test drive, there is no other car in this price range that is equal. If you can use the plug-in combination wisely, you will get a powerful and powerful driver. For some users, it may be worth looking at gasoline or diesel (both 131 hp). If you are not in a hurry to make your purchase decision, you can wait until autumn. Then the example raised is for the seller; however, the changes primarily affect the external structure. In addition, the list price is likely to rise slightly. (SP-X) 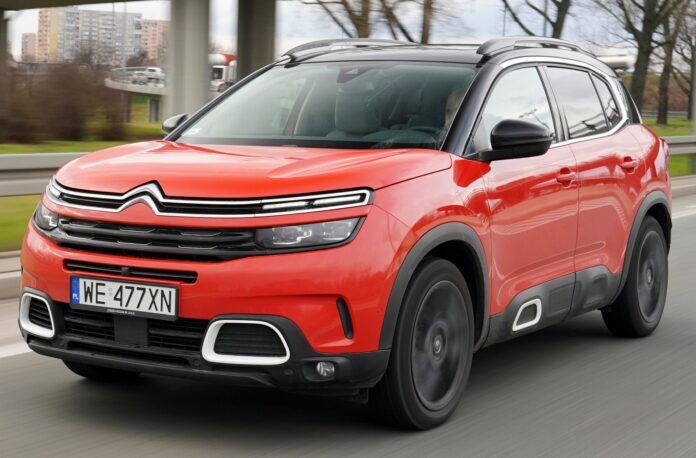 Will Mercedes surprise rivals in F1? Russell and Hamilton’s best times before qualifying

iPad mini. Who should buy? – Computerworld