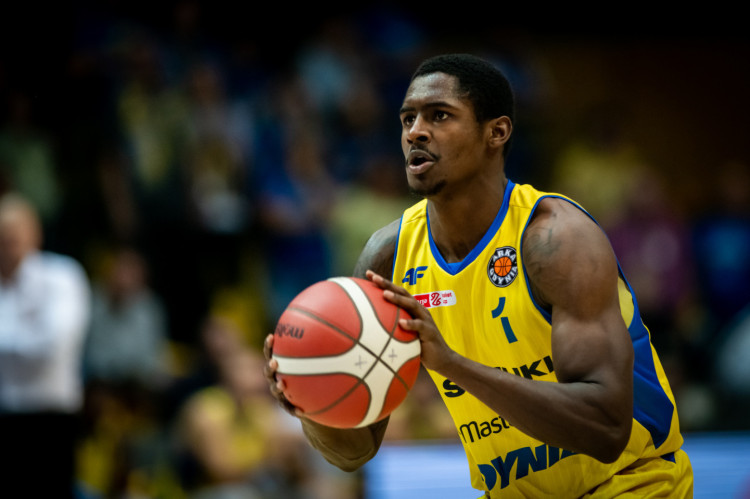 Suzuki Arka Gdynia lost away to Grupa Sierleccy Czarni Słupsk 64:66 (14: 9, 13:24, 17:23, 20:10) in the first match of the Energa Basketball League. Krzysztof Szubarga’s players lost to the Polish runner-up by 12 points after the third quarter, and in the fourth quarter they followed the results, but in the last seconds they missed a decisive throw and recorded a narrow defeat.

The inaugural match in the Energa Basketball League in the 2022/23 season Krzysztof Szubarga lost to the Polish runner-up, Sierleccy Group Czarnymi Słupsk. The task was not easy, especially if we remember the recent match of both teams, which fell prey to the hosts of Słupsk by 95:72. For “Szubi” it was also the first match as the first coach in an official match.

Results opened Mikołaj Witlińskiwho scored 6 consecutive points for Black. They responded to his attempts: James Florence, Novak Must and Adrian Boguckiand in the middle of the first quarter there was a tie with 6 points. The yellow and blue players used the blacks who could not shoot the basket for almost 5 minutes and were leading 14: 9 after the first 10 minutes.

When Florence hit from behind the corner, the advantage increased to 8 “points”, but in the 14th minute it was already a draw after 19. The hosts used a series of missed shots from the Gdynia team, which missed 7 such attempts in total, and they didn’t do better when they shot from another position (9 out of 33 shots hit from the game) and by halftime Black was leading 33:27.

Will Suzuki Arka Gdynia repeat the success of previous years? Read the interview with Bartłomiej Wołoszyn

Musicia’s losses and missed balls at the beginning of the second half brought Arka’s loss to 11 points. The yellow and blue players tried to eliminate it, but it was only successful for a while, because later mistakes and poor efficiency made the hosts jump with results without any problems.

Before the last quarter, Gdynia was losing 44:56 and they could still count on a good result, but they needed a better game. They took the burden of closing Jordan Harris and Novak Musić, who reduced the loss to 5 “points” (58:53), and asked for a timeout. Mantas Ceskauskisbecause Black’s game was completely unsuccessful.

The home crowd’s throw-out was broken by Witliński, but the “three” was thrown. Bartłomiej Wołoszyn and Must, and it was only 60:59! The fierce battle continued until the final whistle, but with a score of 64:65, Florence missed important jumps. Adam Hrycaniuk. And 21 seconds from the end, personal kick hit hit Shavon Coleman and it was 66:64. Szubarg’s coach asked for a break and drew the last point. Musić threw the ball from behind the arc for the win, but missed, did not use the rebound and came back. Trey Wade and finally the inhabitants of Gdynia could not make a surprise in the hall of Gryfia.

Teams play a peer-to-peer format in two rounds (match and replay). Then the top eight teams will enter the knockout stage. Teams ranked 9-16 will finish the season with the regular season standings. The bottom team will be relegated. His place will be taken by the Suzuki I League champion.

Suzuki Arka Gdynia is a project of years. Basketball players want to refer to history

What will Suzuki Arka Gdynia be like? Krzysztof Szubarga about building a team and a new role

What will Suzuki Arka Gdynia be like? Krzysztof Szubarga: I can’t imagine that

Trefl Sopot and Suzuki Arka Gdynia. New basketball players in the game. 3 matches in a row in 1 weekend

Trefl Sopot and Suzuki Arka Gdynia. There will be performances. There is a new basketball sponsor

British Airways will cancel another 10,300 flights by October. bird