We’d all like to see another Mercedes-AMG with a V8, although this is … highly unlikely. You just need to want it.

Last year, Mercedes announced that it will be fully electric by the end of the next decade. Sadness. But there is also “fine print”. “If market conditions allow.” And this is a very wide “we tried but failed” gate. Not everywhere, however. There will also be internal combustion engines where there is demand. However, while the new AMGs are disappointing – they are electric or four-cylinder, all is not lost and the V8 can survive. This is confirmed by the statement of the vice president of car development, Joerg Bertels, to the Australian magazine Car sales.

The V8 will survive if there is demand for it

“The goal is to achieve the assumed CO2 emissions strategy. We have a plan for this: Mercedes will be neutral in this matter until 2039. From 2030, we only want to be fully electric. But if customers still need V8 engines, why stop offering them?”

Bertels statement is clear. However, meeting the emission standards for internal combustion vehicles will be difficult. Especially Euro 7 leaves little room for maneuver. However, it opens the field for engineers who will have to face many challenges. At least if Mercedes intends to keep bigger units. Of course, they will be very expensive – mainly because of engineering problems and possible penalties for exceeding one of the standards. However, I have no doubt that customers will find themselves. We are not only talking about the V8 unit, but also the R6, which has its supporters and will be a little cheaper..

However, there are a few things to consider. First, these engines are unlikely to be found in Europe. For us, there will be private imports of used cars from the USA, or wherever Mercedes arranges. 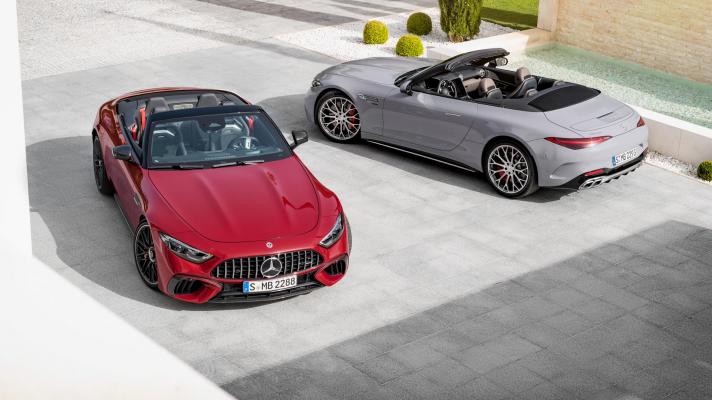 However, if they are in Europe, as well as in other countries, they will be limited to high-end models. Mercedes-Maybach, the “big” AMG in the S class, SL or the next generation AMG GT should be “safe”. Big engines will also not fall out of the offer in the largest SUV from Stuttgart. Or at least I find it hard to believe a G-Class with a two liter engine. The same in GLS.

For now, however, Mercedes is promising 15 more good years with big V8 engines.

Mercedes-AMG SL with Polish price list. How much does it cost?

This is the Mercedes-AMG ONE, an F1 powered car

The Mercedes-AMG One makes its debut in a production version. You will never buy it

The new Mercedes beats combustion and electric cars, the engine is already impressive

TEST – Mercedes-AMG EQE 43 showed me the future. Not everyone will find themselves in it – Super Express

The Fiat Topolino is back! But not as you might want…

The fifth generation of SUV