The German Environmental Aid (DUH) has once again investigated the exhaust emissions of Fiat Ducato motorhomes. Exhaust gas measurements show very high nitrogen oxide emissions in actual operation. The legal limit values ​​are sometimes exceeded by up to 16 times. DUH strongly criticized the non-use of the Federal Motor Transport Authority (KBA). #DUH announced on July 8, 2022 that it has been known for some time that the maximum levels have been exceeded and legal action is possible. DUH asked the KBA to finally take action against the mother of #Fiat Stellantis and wants to legally compel the authority to do so if necessary. FCA supplies the base van and Fiat Ducato to many #campervan manufacturers. The #Ducato #engine should switch off the exhaust gas cleaner after about 22 minutes with the help of a timer. Dr. consumer law firm. Stoll & Sauer advises those affected by the flue gas scam to seek legal advice in the free #OnlineCheck.

In light of the significant increase in nitrogen oxide emissions from Fiat #campervans, the German Environmental Protection Agency (DUH) is calling on the Motor Transport Authority (KBA) to take legal action against the manufacturer with a formal complaint. The current measurements of the Emission Control Institute (EKI) of DUH in real operation during the summer outside the camp temperature according to the Fiat Ducato, 180 Multijet, emission standard Euro 5, show an average nitrogen oxide emission of 2,056 milligrams per kilometer, according to DUH. The limit value that applies to the car is 280 milligrams per kilometer.

The KBA also confirmed that its own investigation found a deficiency in relation to high nitrogen oxide emissions due to the Fiat Ducato models not being allowed. At the same time, KBA announced at the beginning of 2021 that it will notify the relevant type approval authorities and ask them to take appropriate measures. However, recently with Regulation 2018/585, which entered into force in September 2020, the KBA also has the opportunity to act on its own. Due to this new regulation, KBA is not only an approval authority, but also a market surveillance authority, which means that KBA should take action against every car manufacturer with non-compliant elements. Even the cancellation of cars is possible. In addition, the KBA can fine the manufacturer in case of illegal fraud of up to 5,000 euros per #car. DUH said this years ago.

Since the KBA has so far remained inactive according to the current state of knowledge, DUH has filed a complaint and is planning legal action if necessary: ​​For the complaint filed on June 29, 2022, the KBA now has three months to act. appropriate corrective measures to ensure the compatibility of the vehicles involved in the manufacture. If KBA does not take appropriate action in a timely manner, DUH will have to take legal action. Jürgen Resch, Federal Managing Director of DUH: »Due to the high purchase price, mobile homes are used for a very long time. It is not acceptable if they do not have a working exhaust gas cleaning system on board.” Although the then Federal Minister of Transport Dobrindt and his successor Scheuer knew about the equipment failure in Fiat cars in early 2016, no recall has been ordered and none. fines have been issued so far. “Acting Federal Transport Minister Wissing and his subordinate KBA must finally put an end to the fraud schemes of parent company Fiat Stellantis and recall the affected vehicles so that the manufacturer can replace them with better exhaust gas cleaning technology at their own expense themselves. . If the Federal Motor Transport Authority continues to be ineffective, we will take legal action against the authority,” stressed Resch.

For six and a half years, EKI has also been carrying out exhaust gas tests on mobile homes and light commercial vehicles – with alarming results: even mobile homes with the Euro 6 emission standard exceed the nitrogen oxide limit in real operation up to 16. times. The DUH made the test results public and made them available to authorities and the investigating public prosecutor’s office in Frankfurt. The public prosecutor’s office has been investigating for almost 2 years – so far without public results.

So far, EKI has carried out #emissions tests on 12 mobile homes and light commercial vehicles, where models based on the Fiat Ducato perform very poorly. Even mobile homes that were newly registered in mid-2019 – almost 4 years after the diesel emissions scandal was revealed – and average 1,996 milligrams of NOx per kilometer exceed the Euro 6 nitrogen oxide limit for light commercial vehicles of 125 milligrams per kilometer. km and up to 16 times. This was recently tested on the Carthago Chic E-Line I 64 XL QB (Fiat Ducato chassis). This is even worse as almost 70 percent of the motorhomes manufactured in Germany are based on Fiat chassis and have Fiat engines.

New #diesel case law is on the way at the ECJ

Because of the many evidentiary rulings and reference rulings as well as consumer-friendly rulings, the chances of consumers claiming damages in court in the Fiat Chrysler diesel emissions scandal have greatly increased. In addition, cases are pending before the European Court of Justice (ECJ) where the Advocate General suggested in his opinion on June 2, 2022 that consumers in general should have the right to compensation once an illegal device has been installed (file no. C 134/20). Intent, as required by the Federal Court of Justice, is not necessary. A new case law is approaching, which the Federal Court must also consider. The new jurisdiction will also apply to Fiat cases. Because an improper failure device is illegal, regardless of how it works.

The law firm is therefore advising consumers affected by the emissions scandal to seek legal advice. Due to the results and effects of the emissions scandal, those who have been injured have to struggle with significant financial losses: they face driving bans, imprisonment and loss of value if they do not claim their claims in court in a timely manner. Customers should bring individual action. Based on current case law, the chances are pretty good. In #Check #Online for free you can know the correct way of diesel scam. We investigate your specific case and provide you with an initial assessment before agreeing on a collective action against the car manufacturer.

Dr. Stoll & Sauer are leading the action to announce the model against #Mercedes

In the office of Dr. Stoll & Sauer Rechtsanwaltsgesellschaft mbH is one of the leading law firms in the emissions scandal. The law firm specializes in banking law and capital market law, among other things. Those shareholders Dr. Ralf Stoll and Ralph Sauer are currently conducting an exemplary declaration action against Mercedes Benz Group AG in a special company. The owners also gave an example of a publicity move against #Volkswagen AG. In the famous book JUVE Handbook 2019/2020, the law firm is mentioned as a market maker for its competence in the management of many cases.

Toyota steps up a gear. The Yaris Cross GR Sport impresses with its outrageous looks 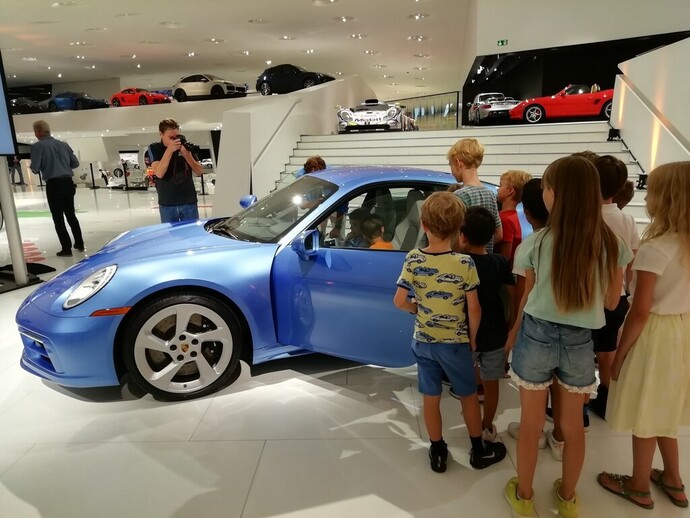