At IAA Transport, Ford Pro presented a package of solutions designed to improve the efficiency of companies in various ways.

For Ford Pro, the Hanover event was an opportunity to present a range of electrified vehicles with the latest E-Transit Custom at the front, the full range of Transit Custom, the Ranger presented in Raptor and Wildtrak versions, and even a racing SuperVan. , which in June turned out to be one of the fastest cars on the market. Goodwood Festival of Motion. 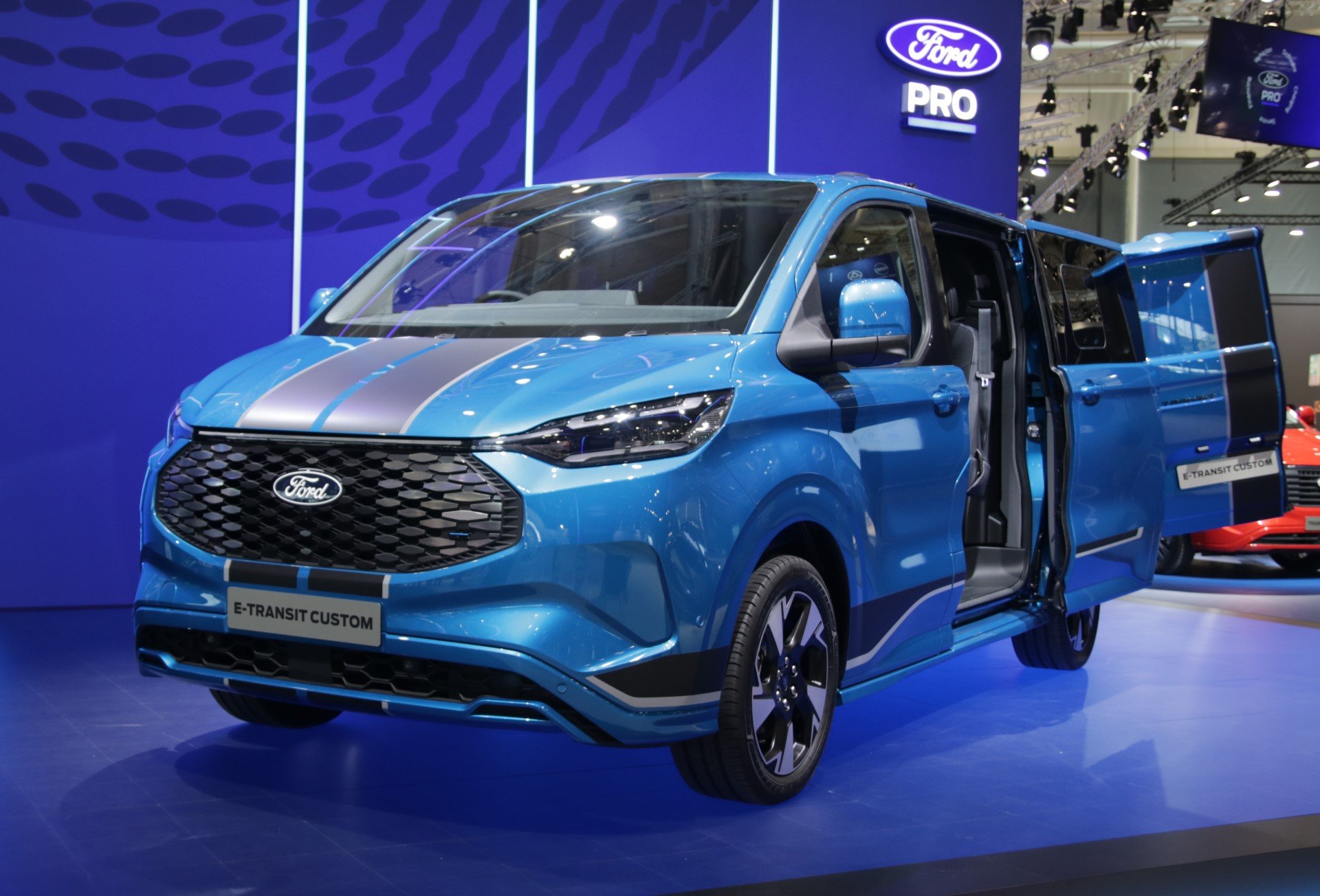 The E-Transit tradition, which started in Hanover, played a central role in the range of electronics presented at the fair. It is equipped with a new battery pack that provides a maximum range of 380 km and can be charged with a power of 125 kW. The new generation Transit Custom will be produced at the modern Ford Otosan plant in Turkey. Production of the EcoBlue diesel vehicles will begin in mid-2023, with the rest of the models appearing by the end of this year. 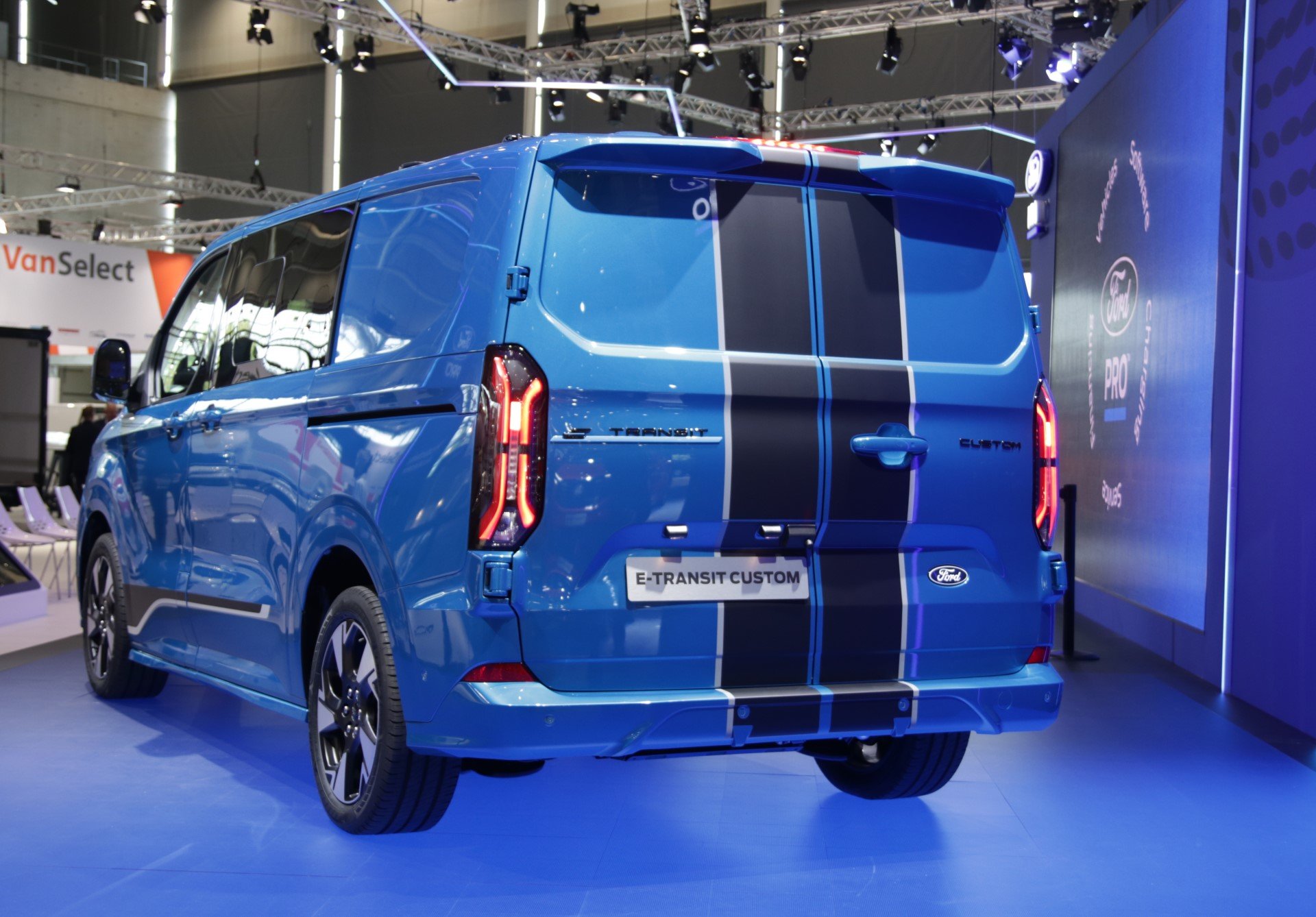 The range of engines also includes the Plug-In Hybrid variant, which is a response to the needs of customers who often drive around city centers, but also need a solution that allows them to easily overcome long distances. The drive is similar to the one already known from the Kugi Plug-In Hybrid – it combines a 2.5-liter Atkinson cycle gasoline engine with an 11.8 kWh battery that provides up to 57 kilometers of pure electric range. A solution that can facilitate work by powering tools or other equipment is ProPower Onboard, i.e. two 2.3 kW sockets. 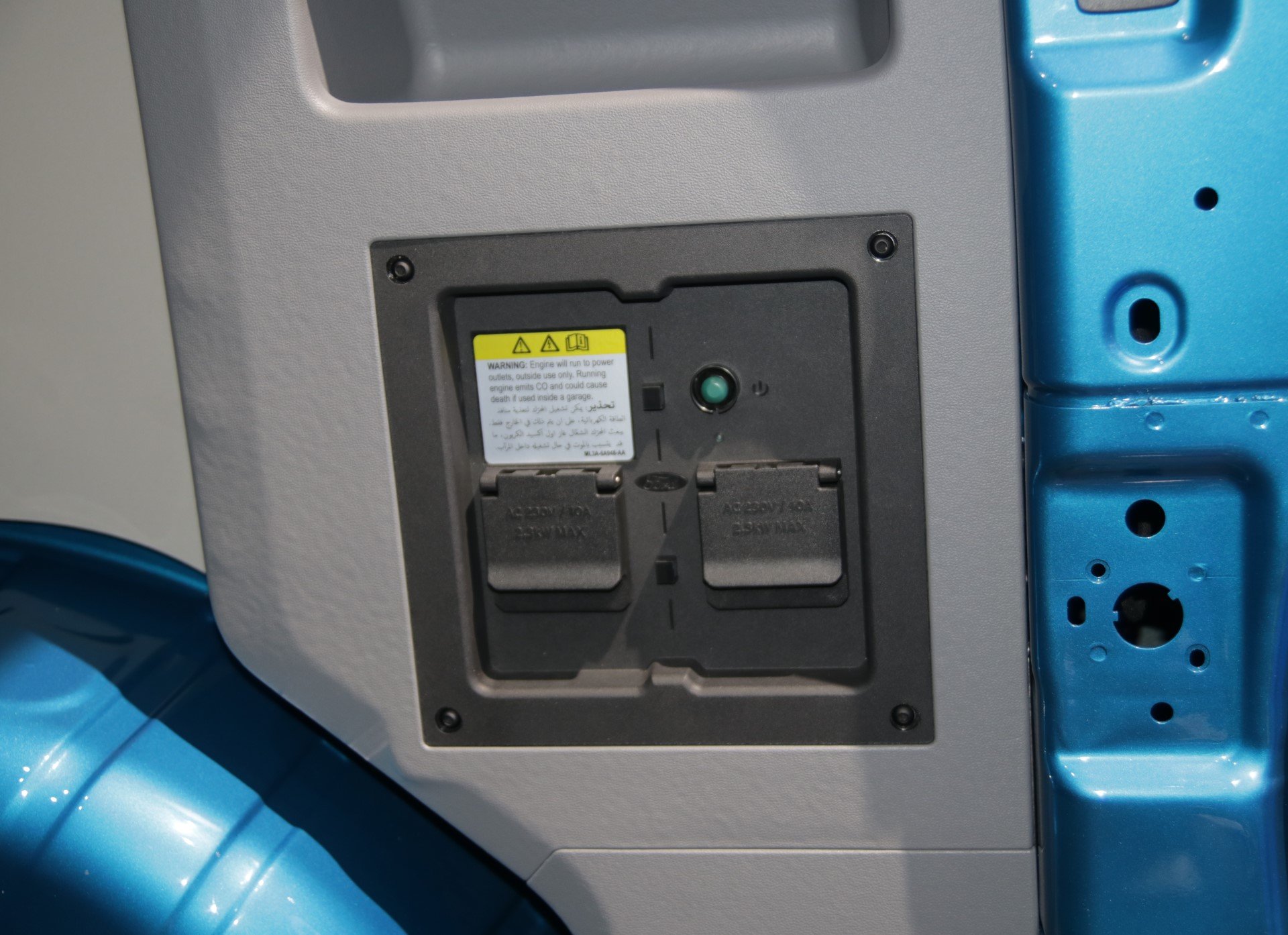 Customers can also choose the Transit Custom with EcoBlue diesel engines with 110 hp, 136 hp, 150 hp or 170 hp. A six-speed manual gearbox is available with an optional limited-slip differential to improve traction. The offer also includes an eight-speed automatic. There is also – for the first time in Transit Custom – an all-wheel drive.

Half of all Transits sold in Europe have been rebuilt in some way, and many of these modifications need to be integrated into the vehicle’s electrical system – including the placement of drives and displays, which can be a challenge for conversion companies and increase build time. renewal. To facilitate this process, Ford Pro has developed the Upfit Integration System – a solution that reaches European customers with the new Transit Custom. The system has an interface module that allows quick connection to the vehicle’s electrical system, and also allows you to control the components and accessories added as part of the switch via the 13-inch SYNC 4 touch screen, replacing conventional switches. As a result, the conversion can be done faster and more efficiently, and moreover, the reliability and safety of their operation increases, because there is no need to adjust the position of the cabin or make difficult connections of the controllers in the wiring of the car factory.

Customers can define equipment operation rules, such as the wheelchair ramp lock, if the vehicle is not stopped and is not in park or neutral gear while the parking brake is engaged. In addition to displaying the parameters of the equipment added in the conversion on the screen of the SYNC system, the systems will also be able to work with the Ford Pro software, allowing their operation to be remotely controlled by fleet managers – this may include the temperature. monitoring in cold stores, carrying medicine, food or drinks, where it is very important to maintain a constant temperature in the supply chain. 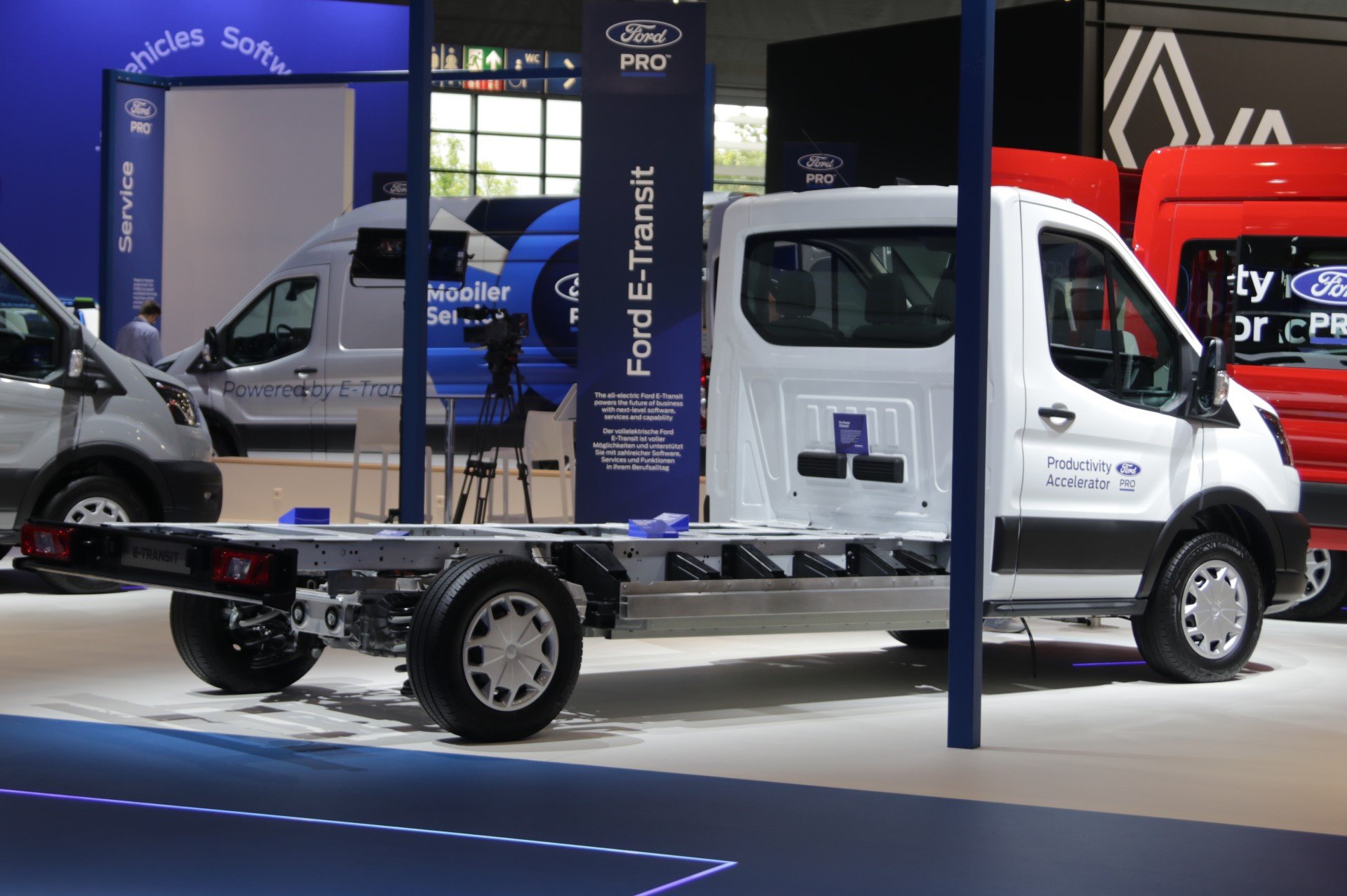 At the exhibition in Hanover, Ford’s presentation version, namely the legendary Transit, could not be missed. The car has many variants, different in terms of equipment, body and power unit. Ford did not stop with the introduction of the electric variant. To meet the needs of potential customers, the E-Transit was developed with a chassis construction method. 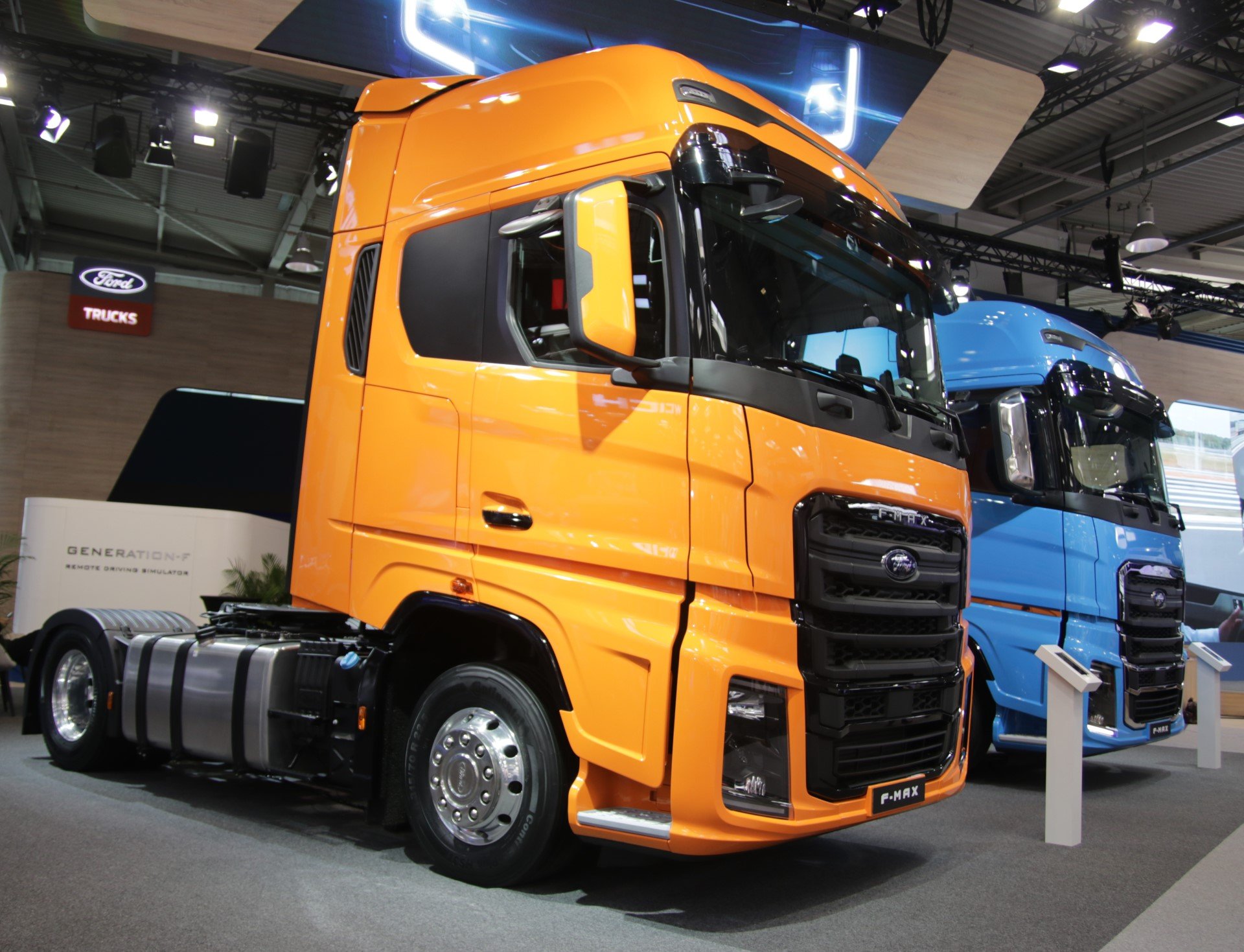 The Ford F-Max was also presented in Hanover. Although the tractor is not new, as it made its debut in 2018, it aroused great interest among the visitors of the Hanover showroom – not everyone saw the F-Max on the road, because the expansion of this model in European markets is still ongoing. . 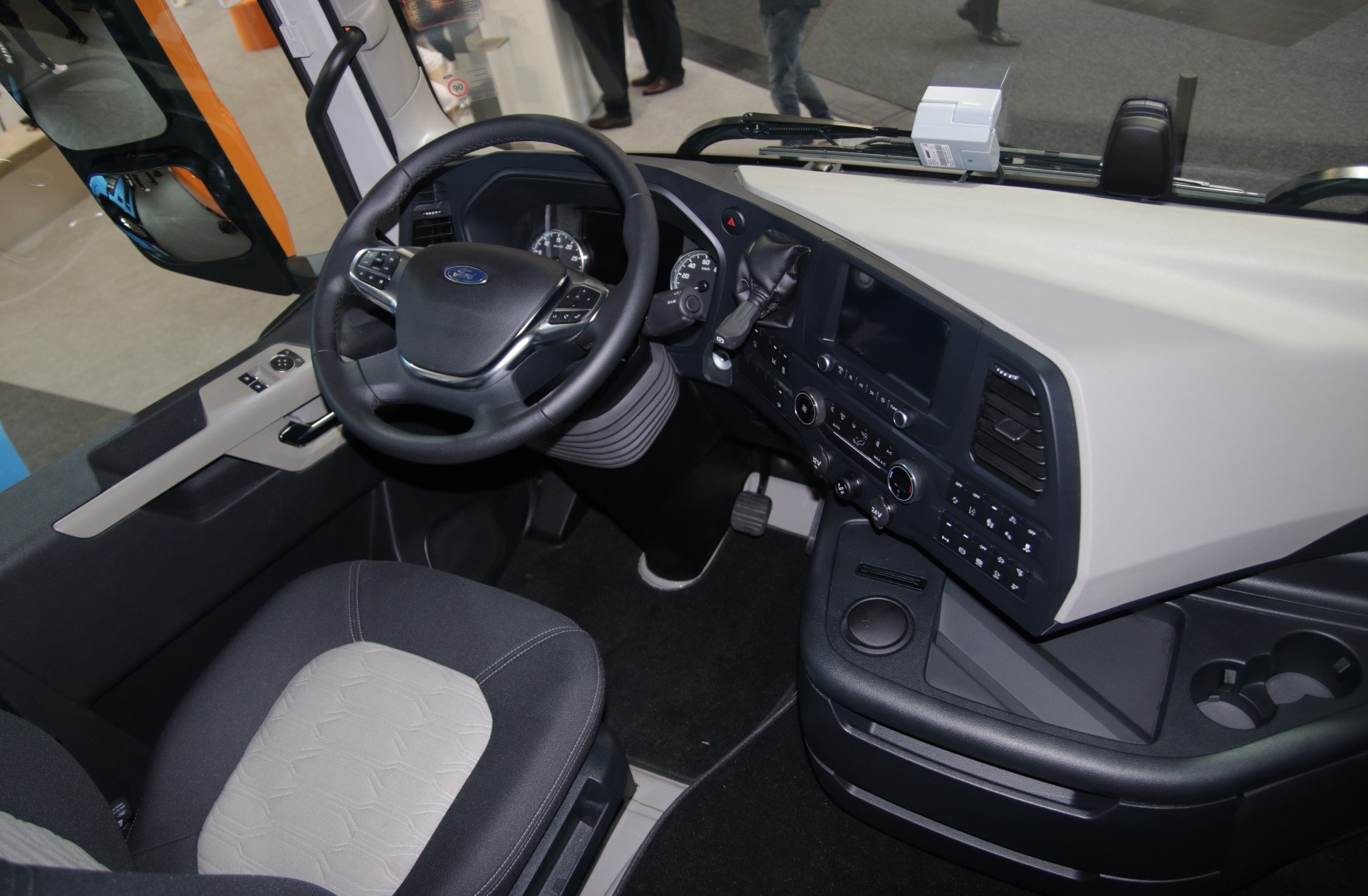 Anyone who wants, can also take a seat in the cabin. It turns out that the F-Max’s interior is just as amazing as Ford’s passenger car models. It received a four-spoke steering wheel with buttons, classic round indicators and a ventilation control panel with physical buttons. The shapes of individual elements, fonts and graphic solutions do not allow you to forget that we are dealing with Ford. 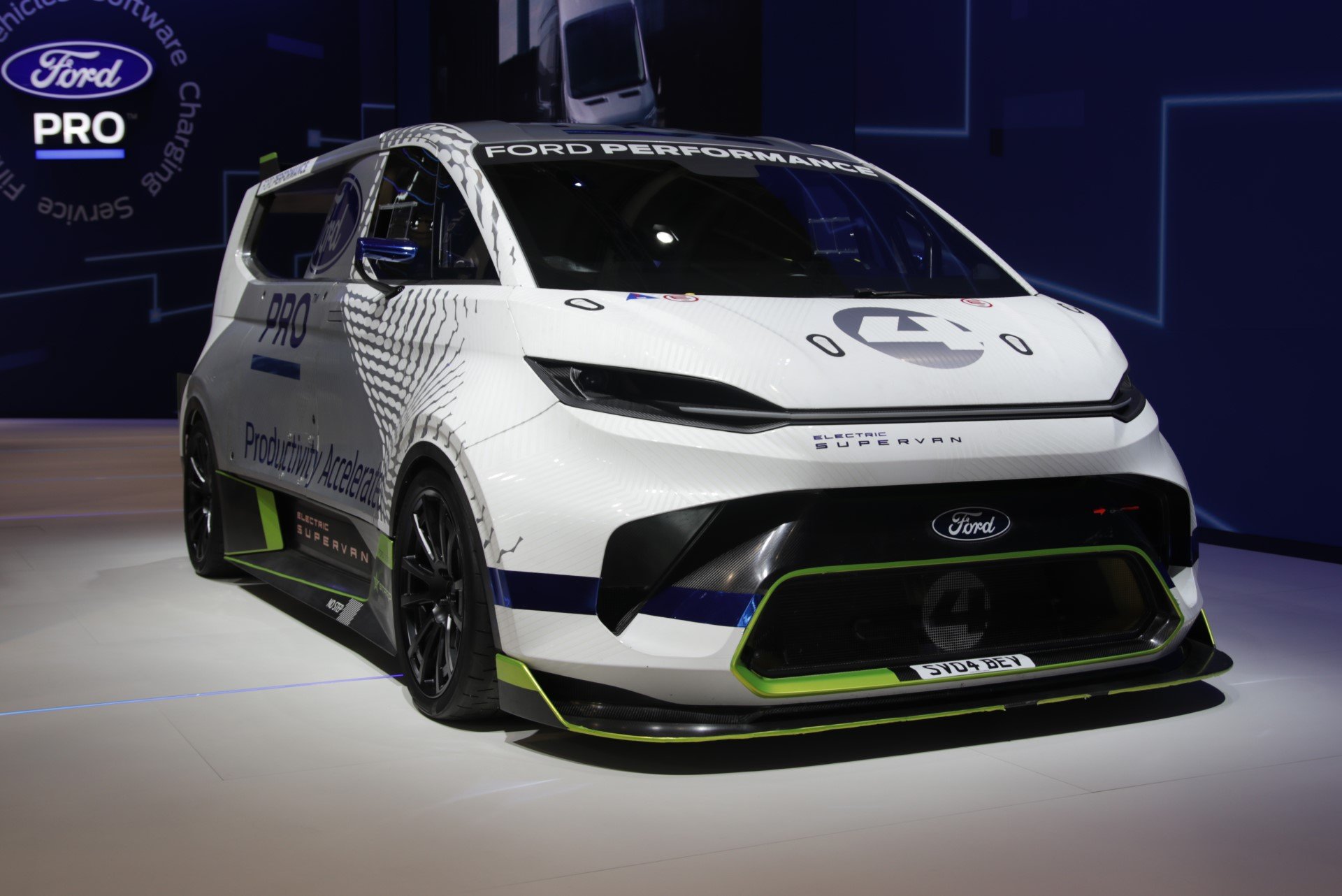 The blue oval product has a great track record in motorsport. Ford decided to combine it with the growing expertise in the design of electric vehicles. The Ford SuperVan proved that the conventionally proportioned body of a delivery van could hide a real sports car. Driving the Ford Pro Electric SuperVan, Romain Dumas set the sixth best time at this year’s Goodwood Festival of Speed, losing less than a second to the famous Jaguar XJR12D from Le Mans! A liquid-cooled battery, four engines creating a total of 2,000 HP can accelerate the Ford model to 100 km / h in less than … two seconds! As befits a modern electrician, the SuperVan has a touch screen in the cabin, which enables, among other things, to change the driving modes. One of the available is drift. Behind the project was Ford Performance, supported by the Austrian company STARD, which has successfully built rallycross Fiestas and an electric car for several years. 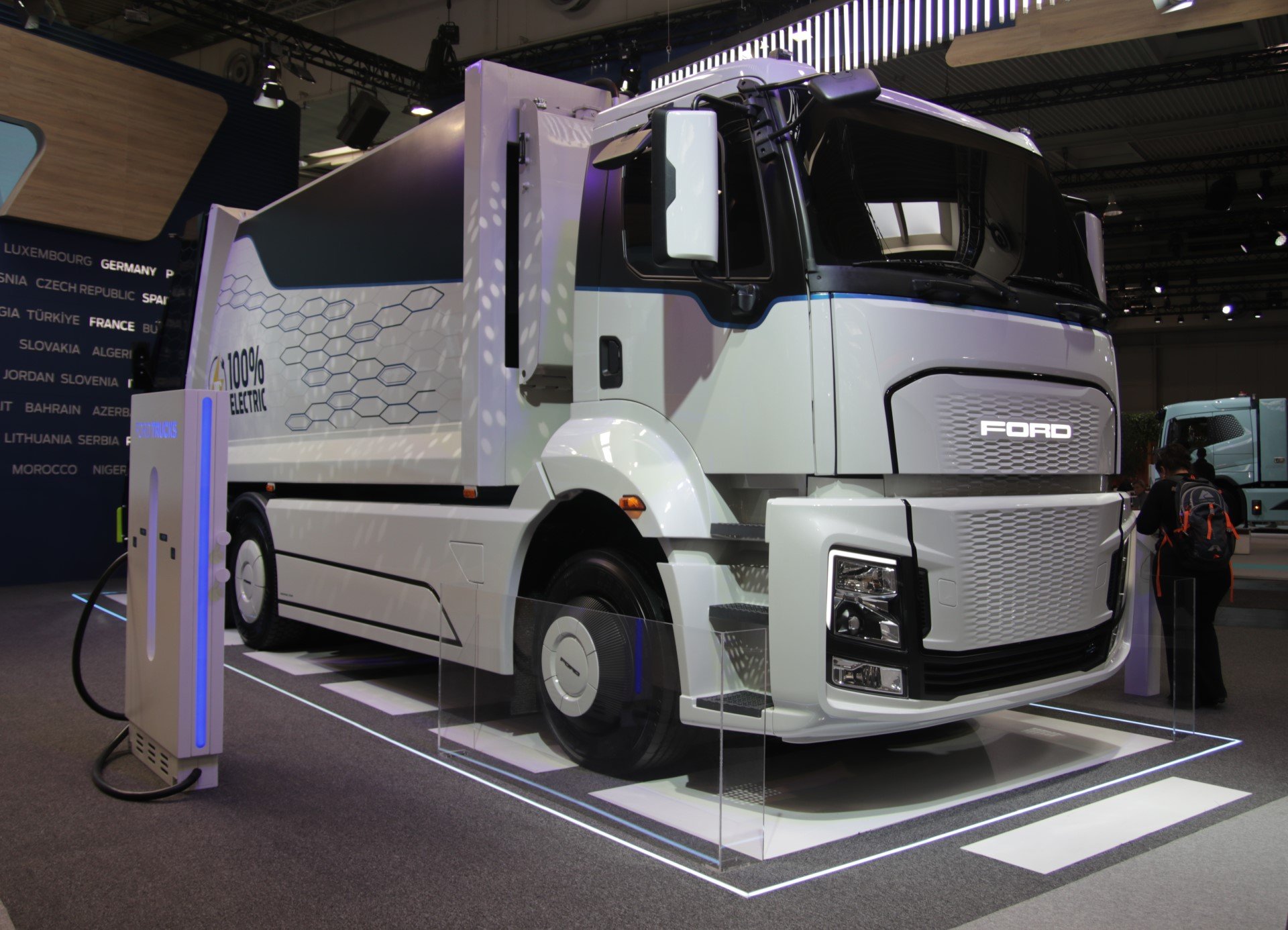 Ford Otosan of Turkey launched a fully electric truck in Hanover – designed and manufactured entirely in Turkey. Lithium-ion cells with a capacity of 392 kWh provide a range of up to 300 km. In the case of a vehicle that is widely used in the city, such as a garbage truck, this is not a problem, because it is enough for the whole working day, and in the evening the energy can be refilled at the base. 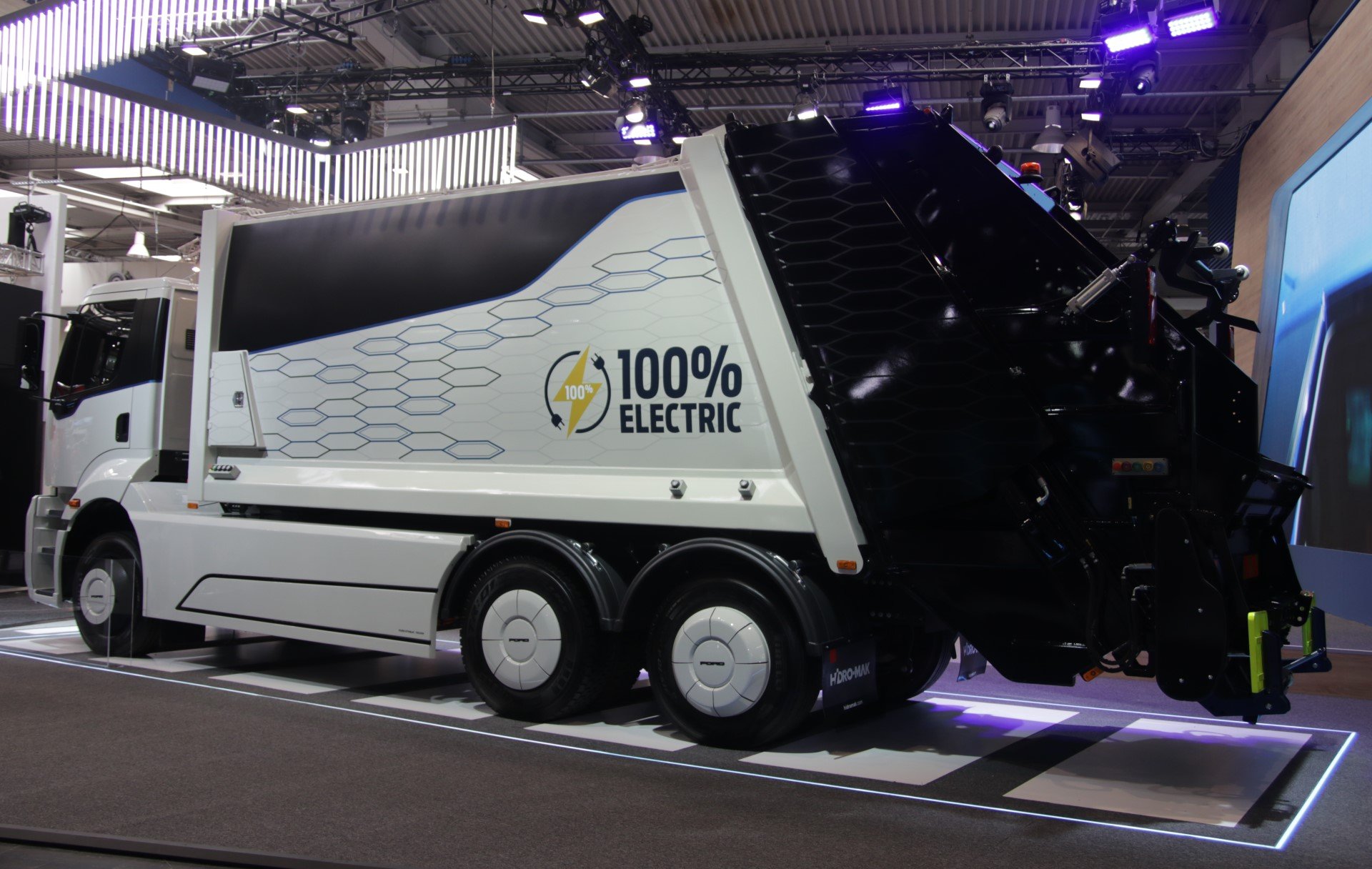 The maximum charging current is 180 kW. The creators announce that with its use, charging in the range of 20-80% can be a matter of 75 minutes. It is worth noting that it is not the only car that has been taken care of – the Ford Otosan electric truck looks modern and simply beautiful.

one name, many possibilities. Issue summary

one name, many possibilities. Issue summary

Ford E-Transit. This is what Ford looks like, which will revolutionize our roads