• According to a new study, it can beat even the most well-equipped electric company in Canada.

• Hydro-Québec remains convinced that saving energy and increasing energy efficiency will make it possible to avoid any shortage of capacity.

The growth in the number and size of electric vehicles on Quebec roads will have to be considered by the province’s electricity supplier. This is the conclusion of a new study conducted by an intern from the Chair of Transportation Transformation at the University of Montreal and Polytechnique, according to a. Radio-Canada Report.

The lead author of the study was clear:

“Changes (toward electricity) are coming and we will have to make changes, otherwise we will not succeed. Obviously, we cannot continue in the current situation, because the electrical system will not be able to tolerate the changes. »

– Simon Brassard, student from the Transport Transformation Chair at the University of Montreal and Polytechnique, in an interview with Radio-Canada.

According to the calculations of Simon Brassard and his supervising professor, researcher Normand Mousseau, Hydro-Quebec would not be able to power the five million cars and trucks currently in service in the province of Quebec if they were completely electric. The shortage is not in the supply of electricity per se, but in the company’s ability to provide that electricity to all who need it.

The current capacity of Hydro-Québec’s distribution network is 37 gigawatts (GW), and the limit of this capacity is already reached on certain days when demand is particularly high.

The study’s calculations show that, during a typical winter, the company would need an additional 3.65 GW of capacity to run the entire fleet of vehicles currently in use in Quebec, if they were all electric. This means that on days of high demand, the network may lack 10% of the capacity needed to meet that demand.

More and heavier cars, more and heavier EVs
The author of the study also says that the total number of cars in circulation should continue to increase for the next few years, which could make the deficit even greater. In addition, the study only counts passenger cars, and not other types of vehicles that will be increasingly electrified in the coming years, such as buses and transport trucks.

Rush-hour conditions should also create periods of high demand that could cause Hydro-Québec to run out of capacity even more, especially at lunchtime, when drivers return home and plug in their cars in the evening or at night. 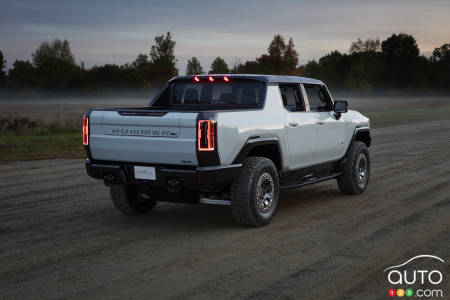 Finally, the author of the study considered the increased weight of many electric vehicles that are coming to the market. We reported it recently safety risks posed by large EVs such as the GMC Hummer and the Ford F-150 Lightning truck, but these large and heavy vehicles will also increase the risk of power supply if Hydro-Québec relies on its current capacity.

But even in the case of small cars, electric versions of existing internal combustion engine models are heavier than their traditional counterparts (which themselves are getting heavier every year). The study gives a few examples, but let’s quote the Hyundai Kona: the petrol model weighs 1,457 kg, while the electric Kona weighs 1,661 kg. If we multiply this difference of more than 1,200 kg by the number of cars currently circulating, we understand the scale of the problem. 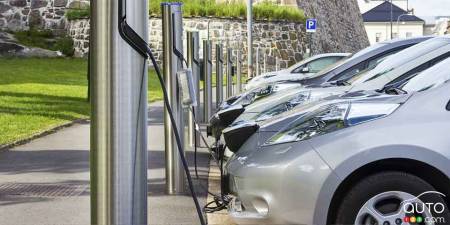 From electric cars to charging

Hydro-Québec remains confident
The utility company says it is confident it can handle what it sees as increased pressure on its power grid. According to its forecast, the total electricity demand in the province should increase by about 25 terawatts/hour and 4 GW by 2032. Of these 4 GW, Hydro-Québec predicts that 1.8 GW of additional demand will come from car owners of electricity.

However, the company says it doesn’t see any capacity issues at this time. One of the reasons given is that the EV percentage increases gradually, so the transition will not be instantaneous. By saving energy and improving energy efficiency, the company believes it can meet additional needs as they arise.

Will this be enough to meet the increase in electricity demand, in a state with a lot of electricity, let’s add? Time will tell…

The price of Ethereum is falling against Bitcoin

Investment of $ 38 million in space research and innovation in Quebec

ADAC climbs the roof for its members –

The number one green fuel for the future

China will be the champion in the green revolution. Here’s why and who the industry leaders are

Electric cars, Polestar Vs Toyota. And Porsche is exploring the synthetic fuel route

Electric cars: which used models are eligible for the discount?