More than 50 children marched 220 kilometers around the Vistula near Lublin, all for a good cause. Here is our report from the 3rd Charity Rally Toddler.

The Infant Charity Race, like the annual National Race, is part of Mały Fiat’s growing fan base. Event organized by the organization of the same name (together with Automobilklub Rzeszowski) it combines the passion for the Fiat 126p with the passion for experiencing or at least knowing an alternative to what our parents and grandparents had to deal with, who traveled long distances with their children. Along the way, you can see many local attractions (invented with incredible efficiency by the organizers) and help those in need: The main idea of ​​Toddler Charity Rallies is to provide financial aid through collections, sale of rally equipment and auction of items brought by the participants themselves. 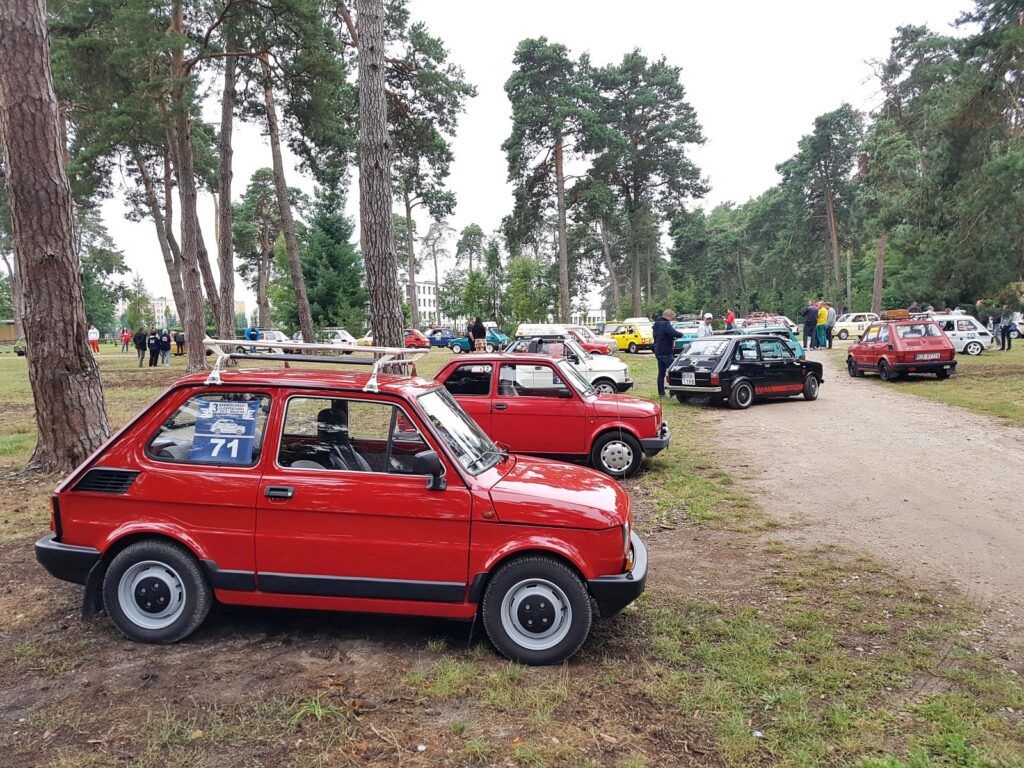 Until now, the Children’s Charity Race has been held in the mountains – Bieszczady and Beskidy. The third edition has moved a little “up” in Poland, specifically to Kozienice in southern Mazovia. The route, however, largely passed through the hilly areas of the Lublin Region, with a particular focus on the Kazimierz Nature Park, full of gorges and hills.. Thus, the participants had at least an alternative to mountainous areas, but cheaper for their non-powerful vehicles. 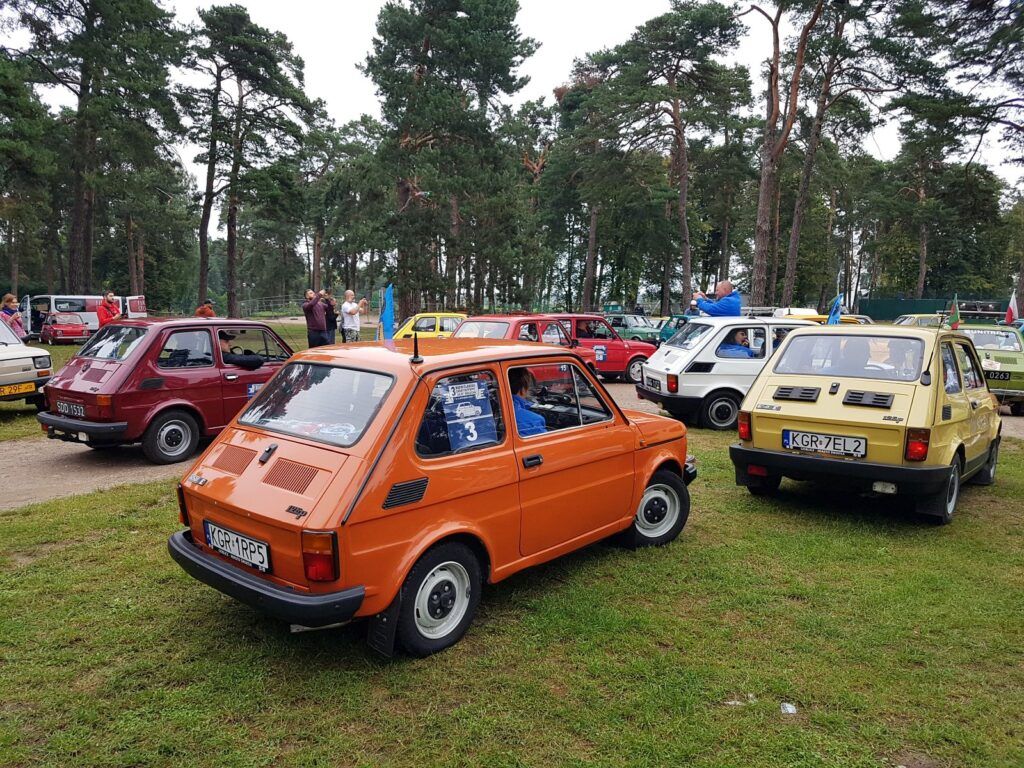 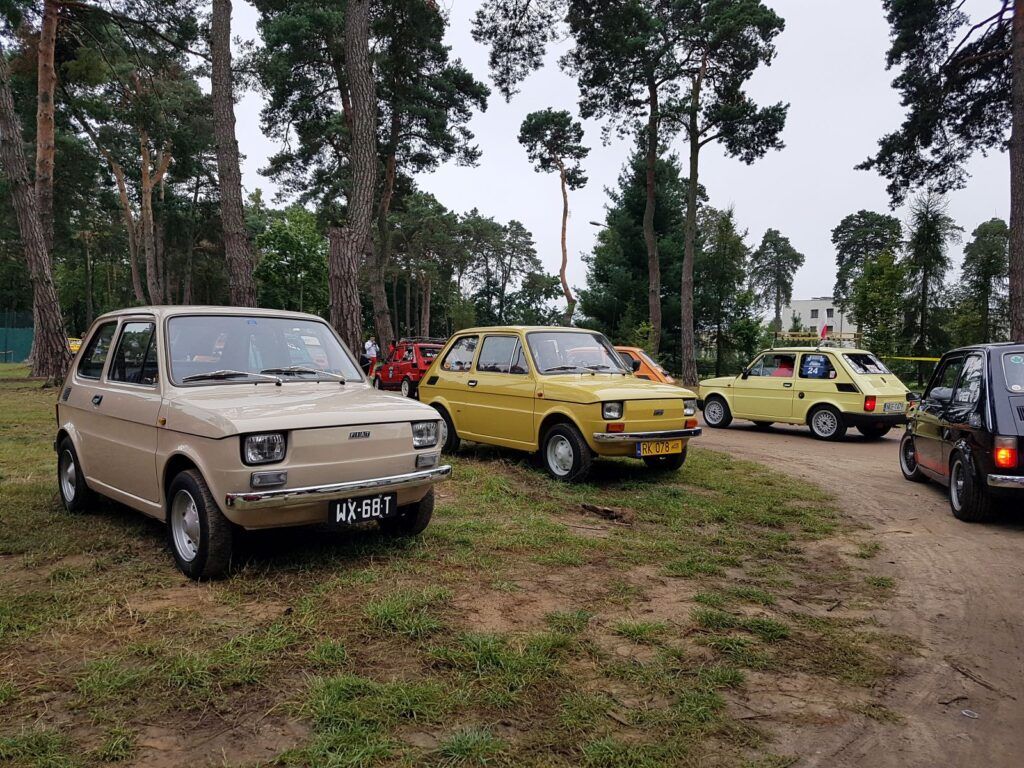 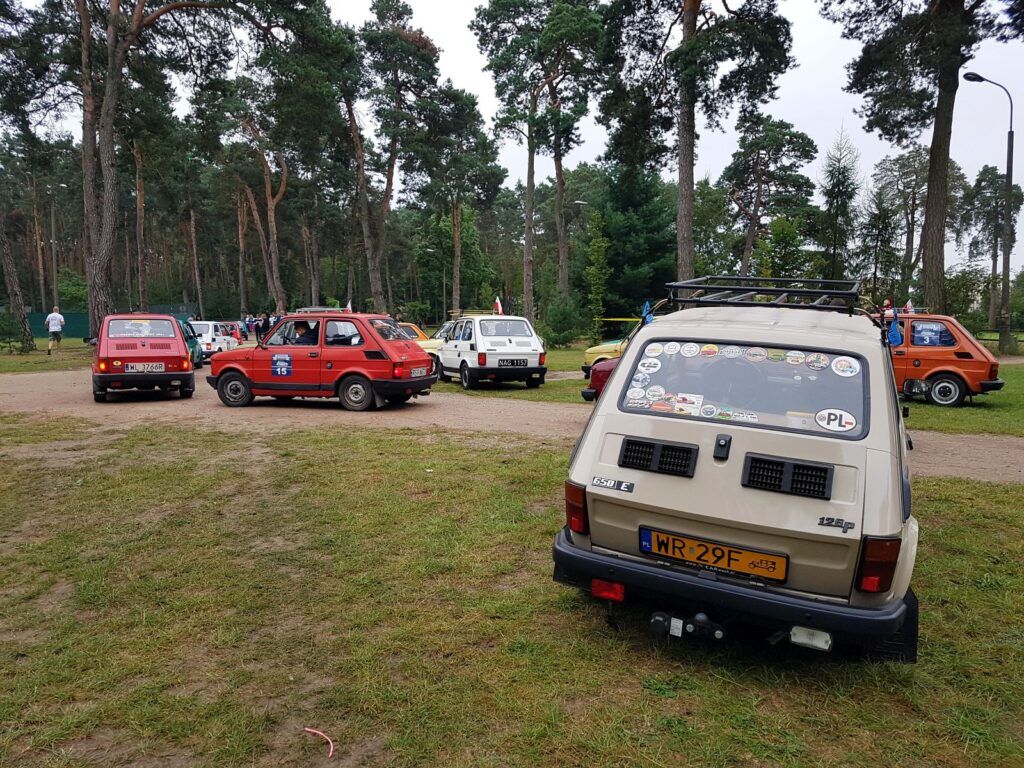 The beginning of the meeting was established in the Recreation and Sports Center of Kozienice. The event took place on Saturday, September 10, 2022., while most of the workers had already arrived the day before and stayed until Sunday for the official announcement of the results. The queue to start started forming before 8:00. However, it took some time before all 53 Minors left in the middle, more like the participants had to quickly complete the road safety test from the beginning. Having familiarized themselves with the equipment of the rally, they could go on the road with the view that they would not soon return – the route was 217 kilometers long, and the time to cover it was set at 8 hours. 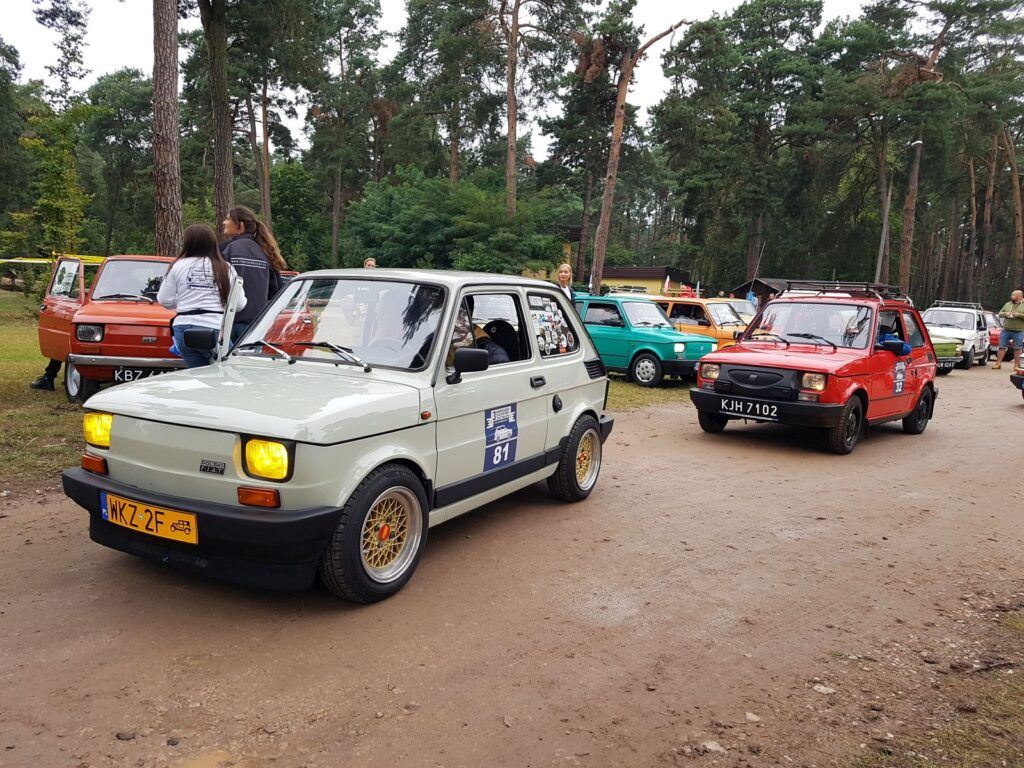 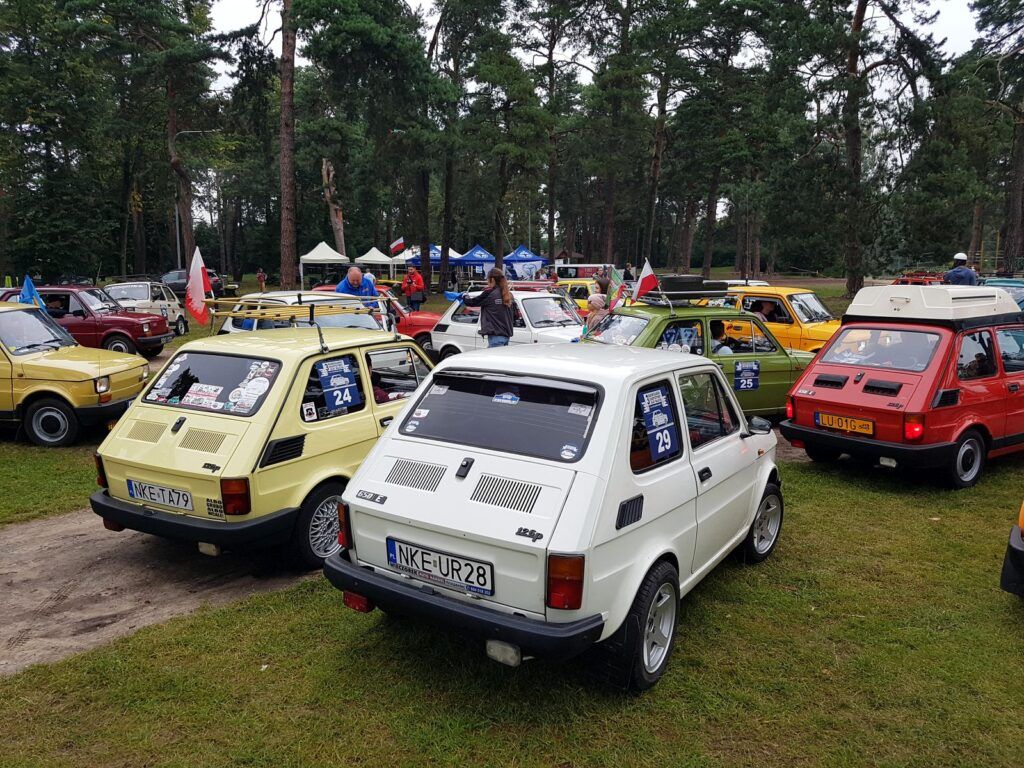 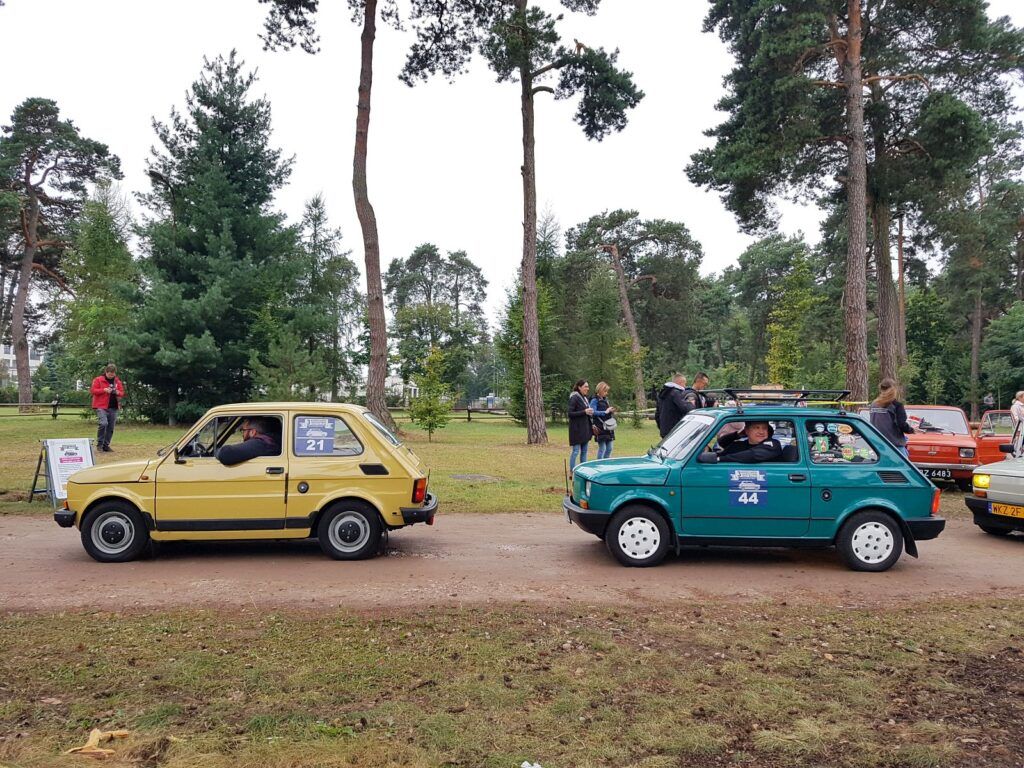 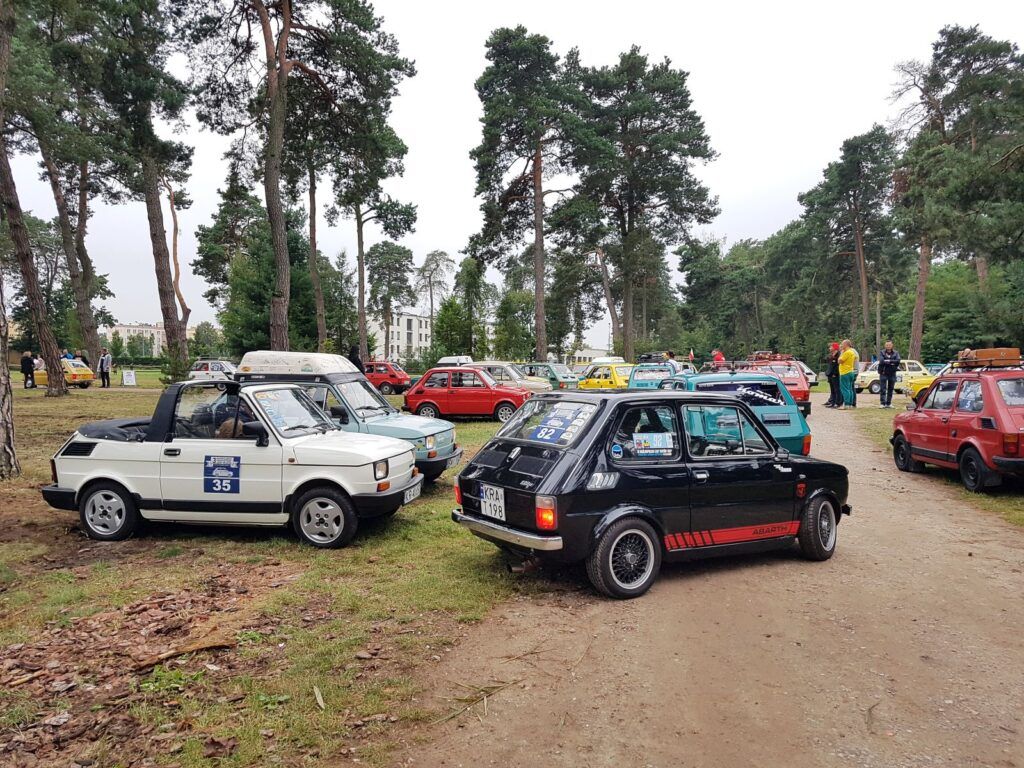 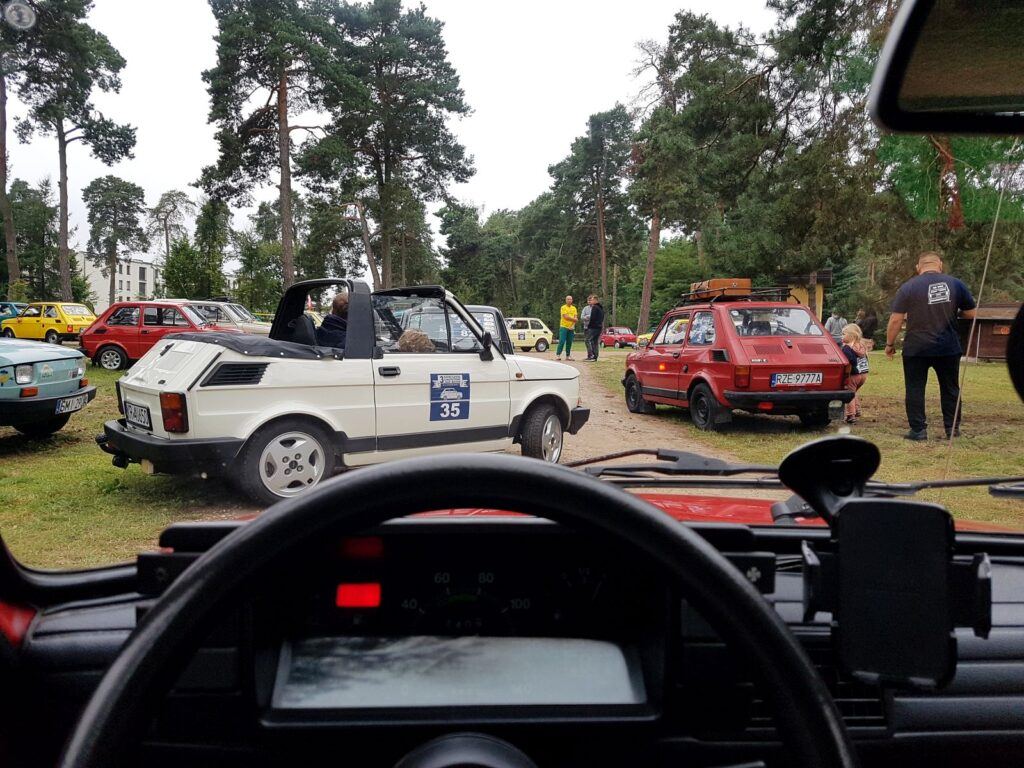 Young children headed south from Kozienice, following the national road between the Vistula River and the Kozienice Nature Reserve. They quickly crossed to the other side of the largest Polish river, visiting on the way war cemetery in Wysokie Koło. Then they went the sanctuary of Wąwolnica (with a 15th century statue of the Mother of God and Child) and which has been working continuously for 102 years. forging in Wojciechów and many blacksmith art exhibitions. 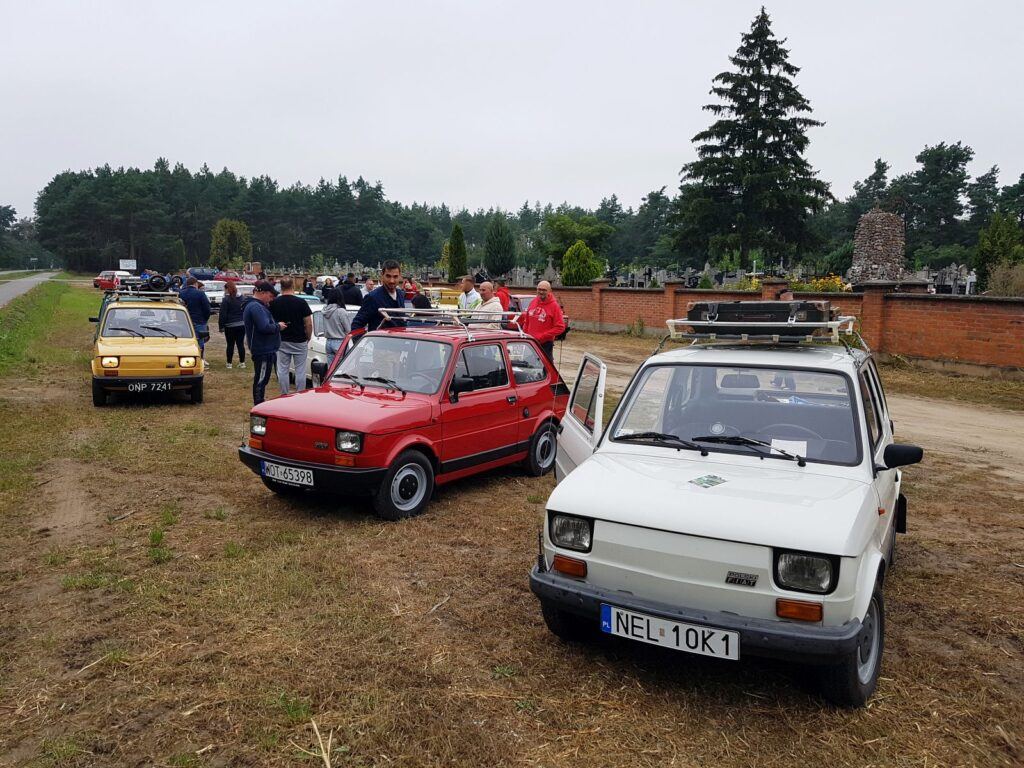 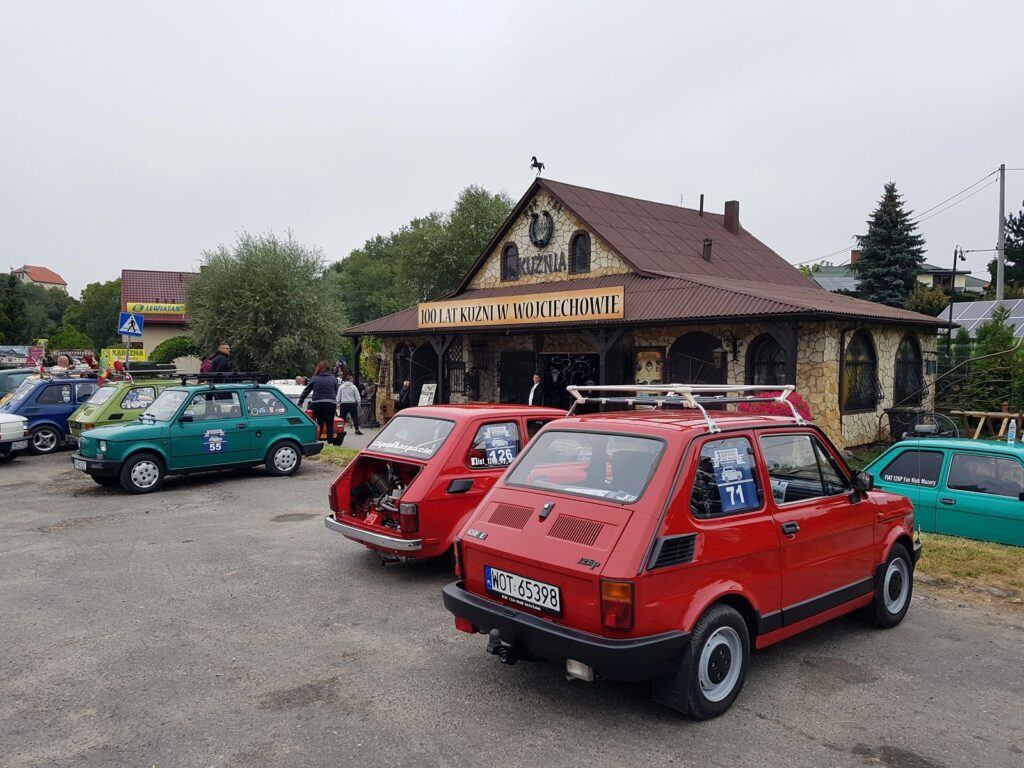 Meanwhile, Small Fiats passed by Lovely Nałęczów – a place so far rich in many historical villas that fit into the atmosphere of the old health resort. The next thing was covered Emilcin – a village allegedly visited by … aliens in 1978. In memory of this event, a UFO monument was placed here. In fact, it will be enough to park the bus, because this is a type of unknown flying object, according to the person who saw it. 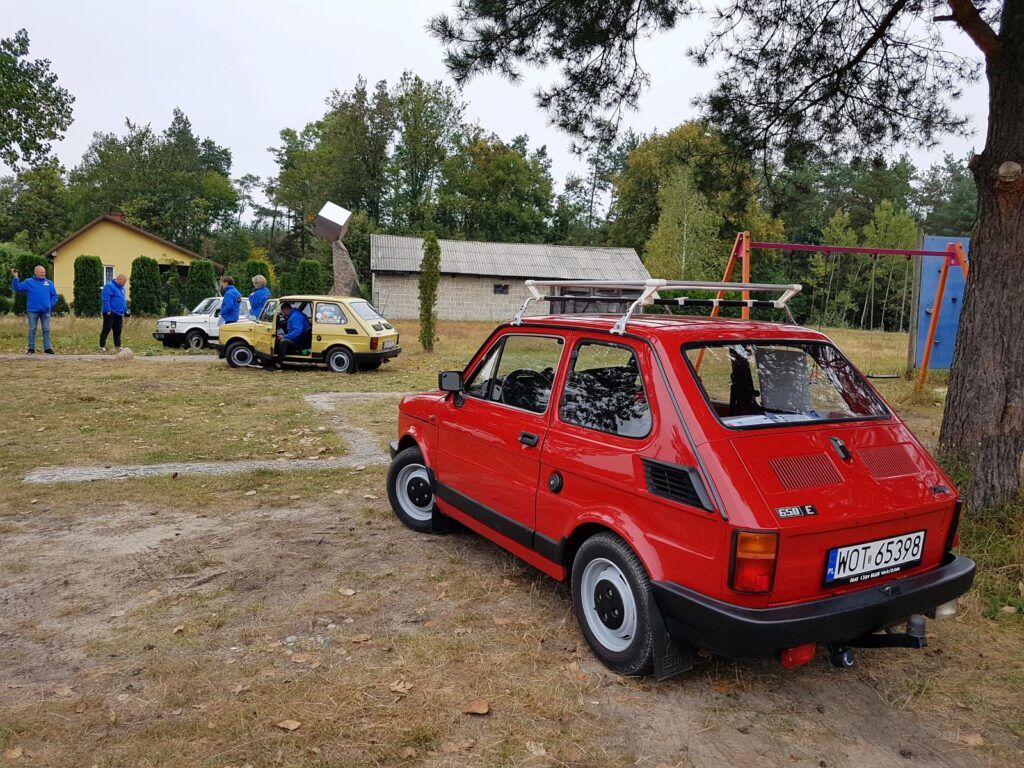 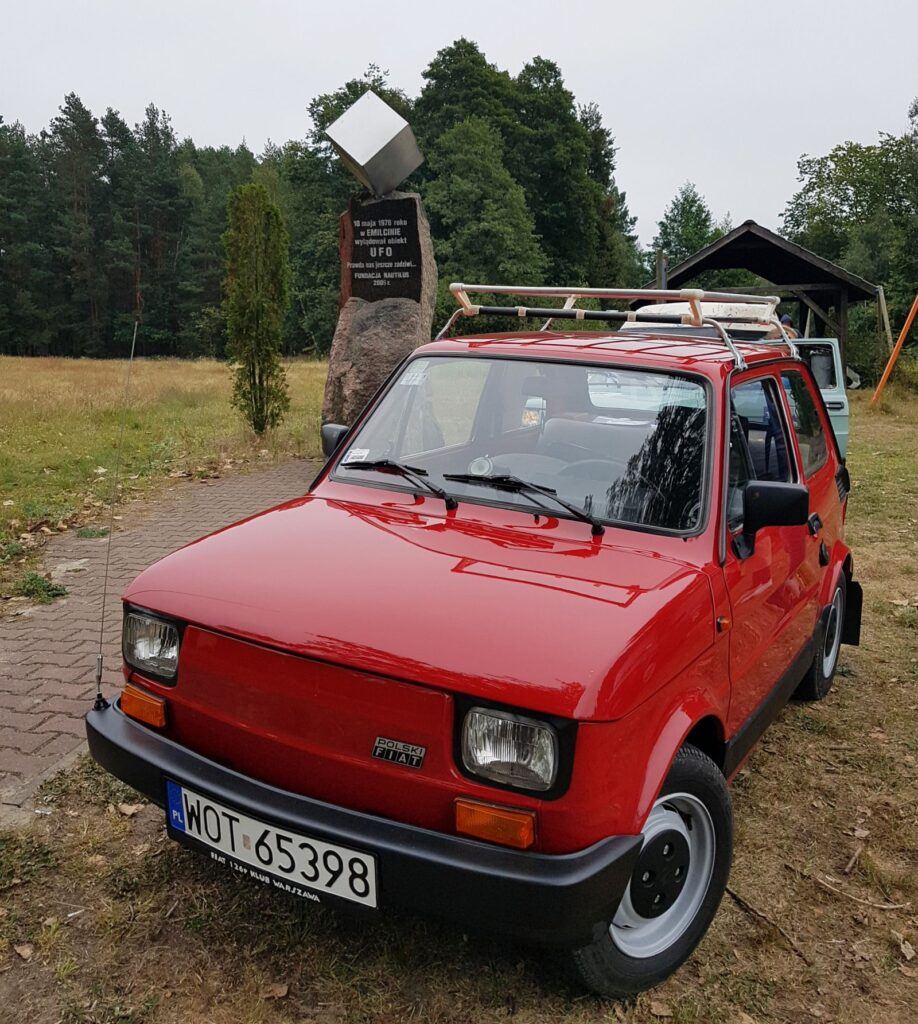 Shortly after, Maluchy’s crew left Sorry Lubelskie to a small station and eat fudge provided by city representatives. After a while they parked near it Vistula Narrow-Gauge Railway station in Karczmiska, where a train ready for departure was proudly presented. In summer, it can take you to Opole Lubelskie, Polanówka and Poniatowa. The tour also included an entrance to the observation tower. 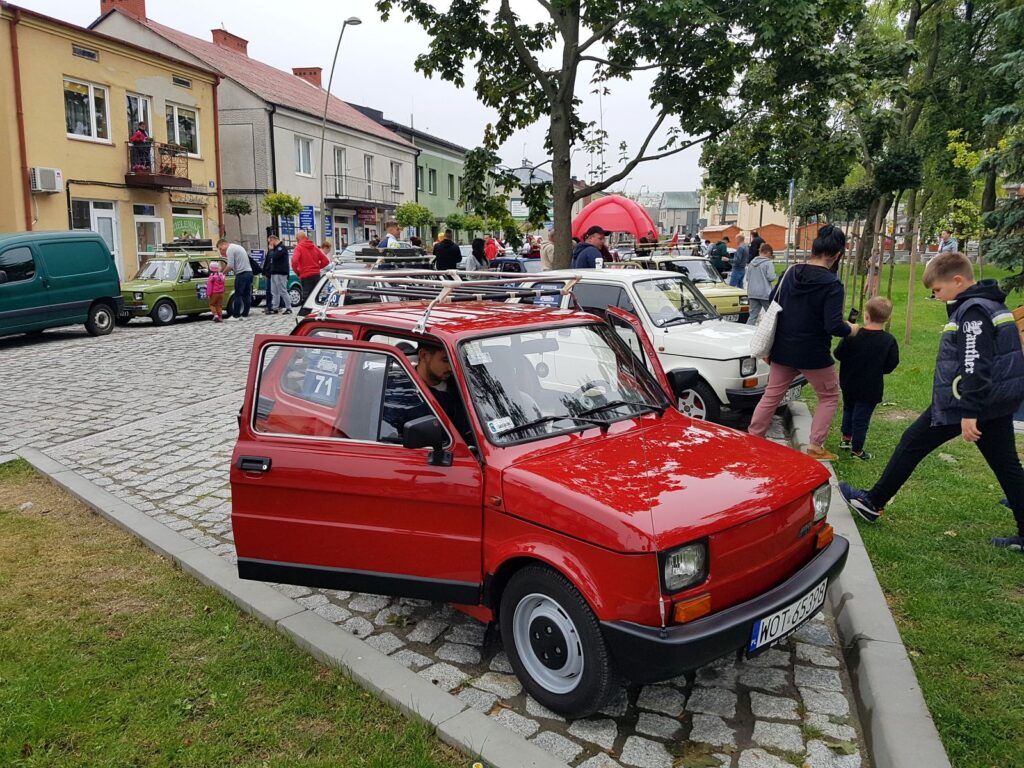 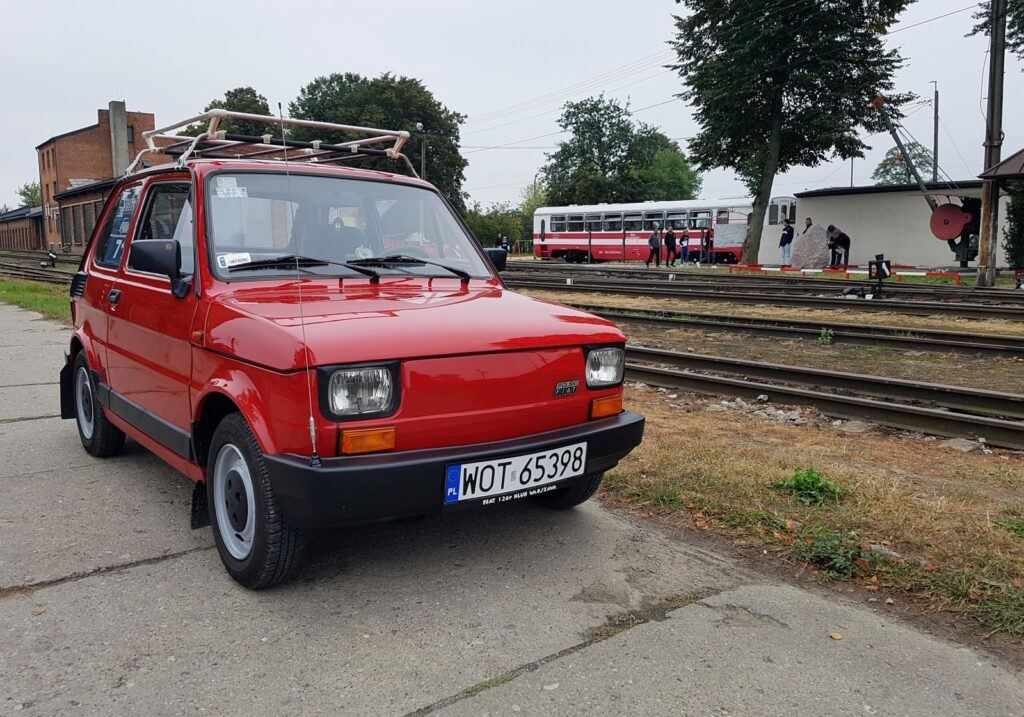 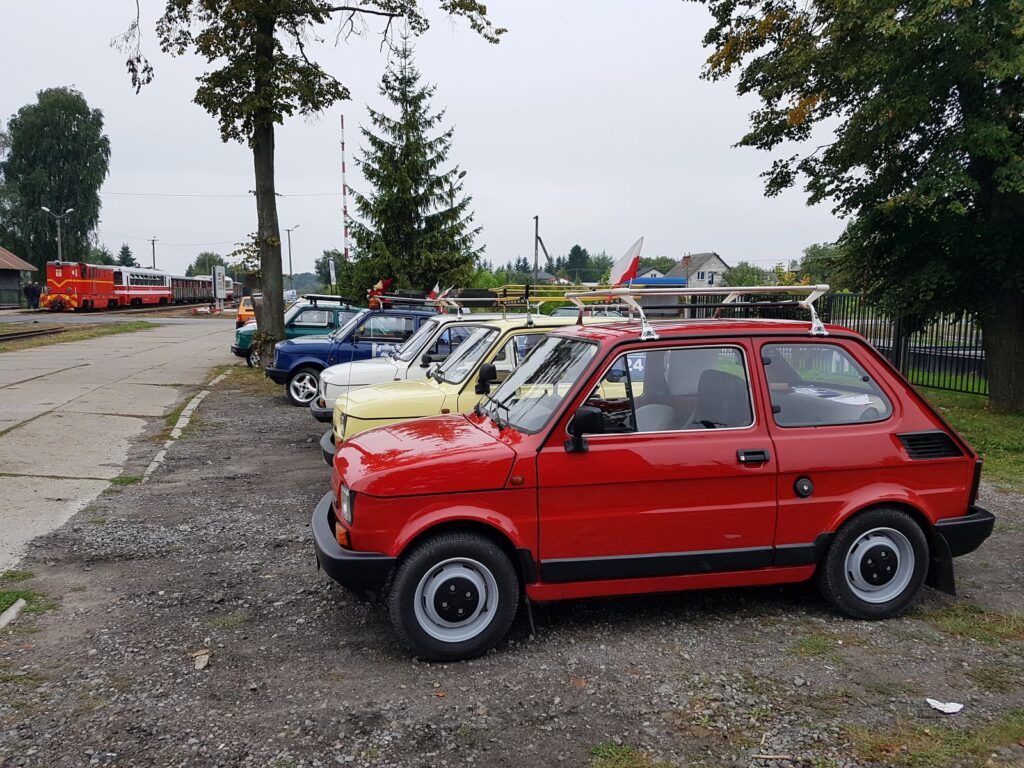 The next stage of the journey was on the Vistula River Kazimierz Dolny. The participants went to the ruins Jewish cemeteries having a tower modeled on the Wailing Wall in Jerusalem, then they visited the city according to their wishes. And there is a lot to see, including. Main Market Square, Reform Monastery, fortress with tower, Mount of Three Crosses or Korzeniowy Dół canyon, considered the most famous in the Land of Loess Falls. One of them is also crossed by an access road, which is marked for the rest of the way. So the little ones had to overcome a very steep part surrounded by sandy and spicy walls. The unusual experience met with the joy of the participants. 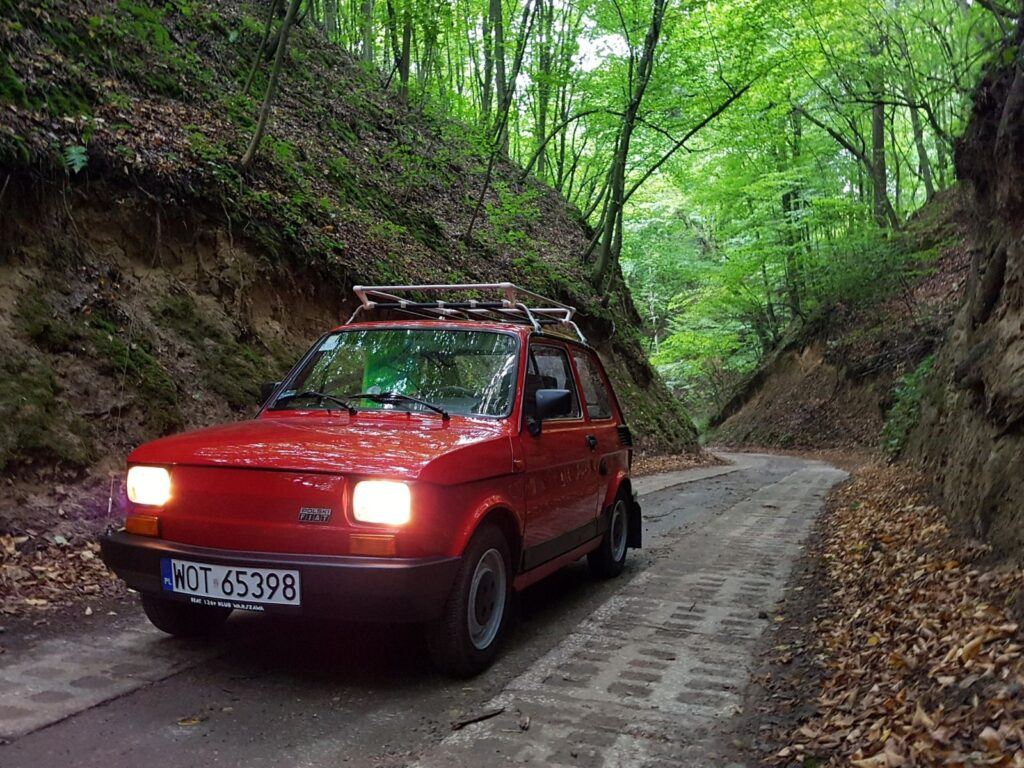 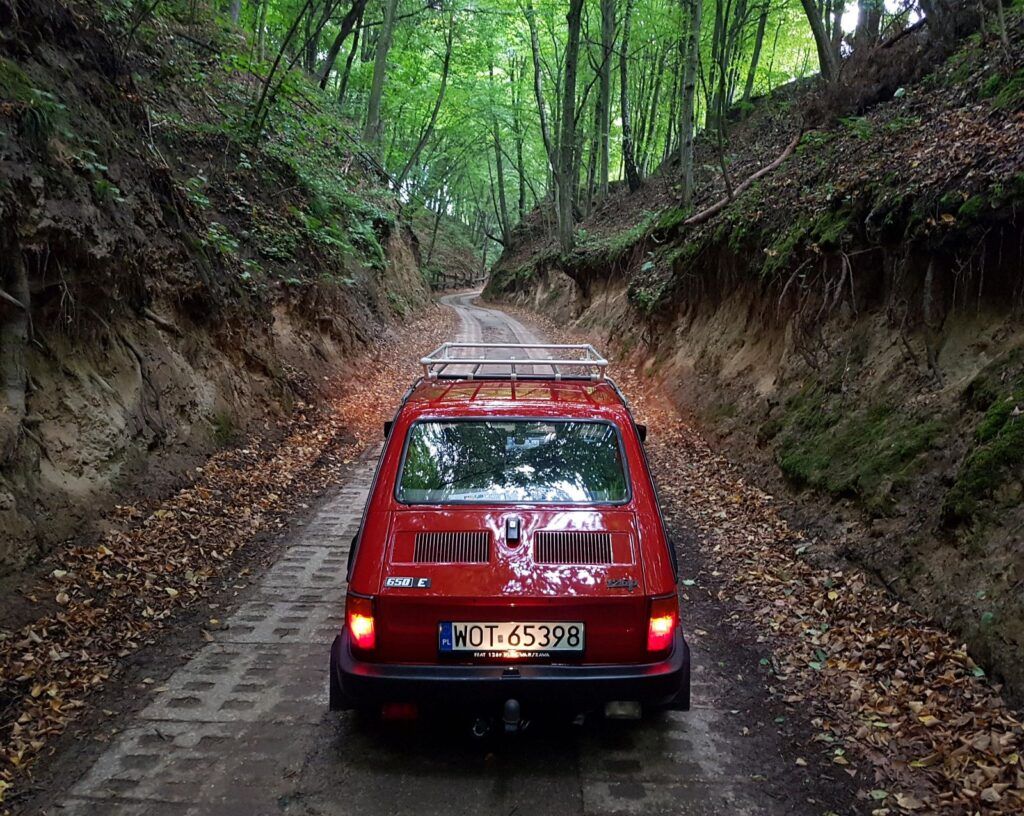 When leaving Kazimierz, the workers discovered the presence of warehouses – buildings that were previously used to store grain, which have now been converted into hotels or museums. The children crossed Puławy and headed for voivodeship road 801 (known as nadwiślanka) Dęblin. There you go war cemeteries and for Air Force Museum and spectacular displays of airplanes, helicopters and military vehicles. In the final stage, Małe Fiats went to Kozienice to the finish line, stopping on the way a beautiful place on the Vistula River in Kępeczki. 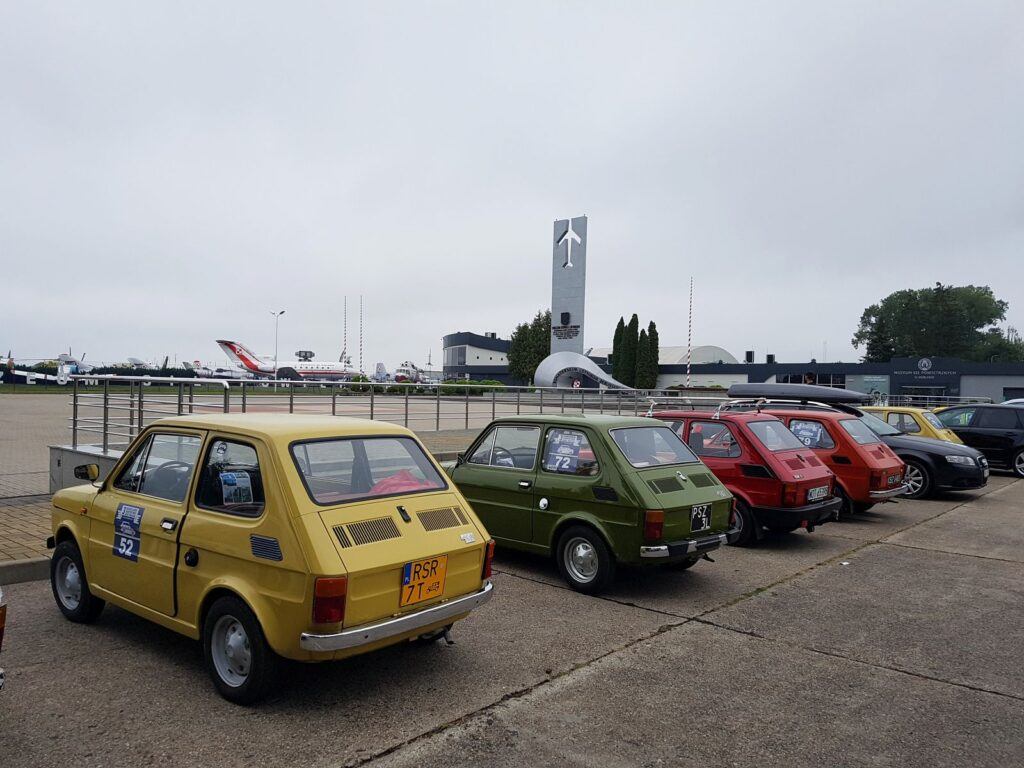 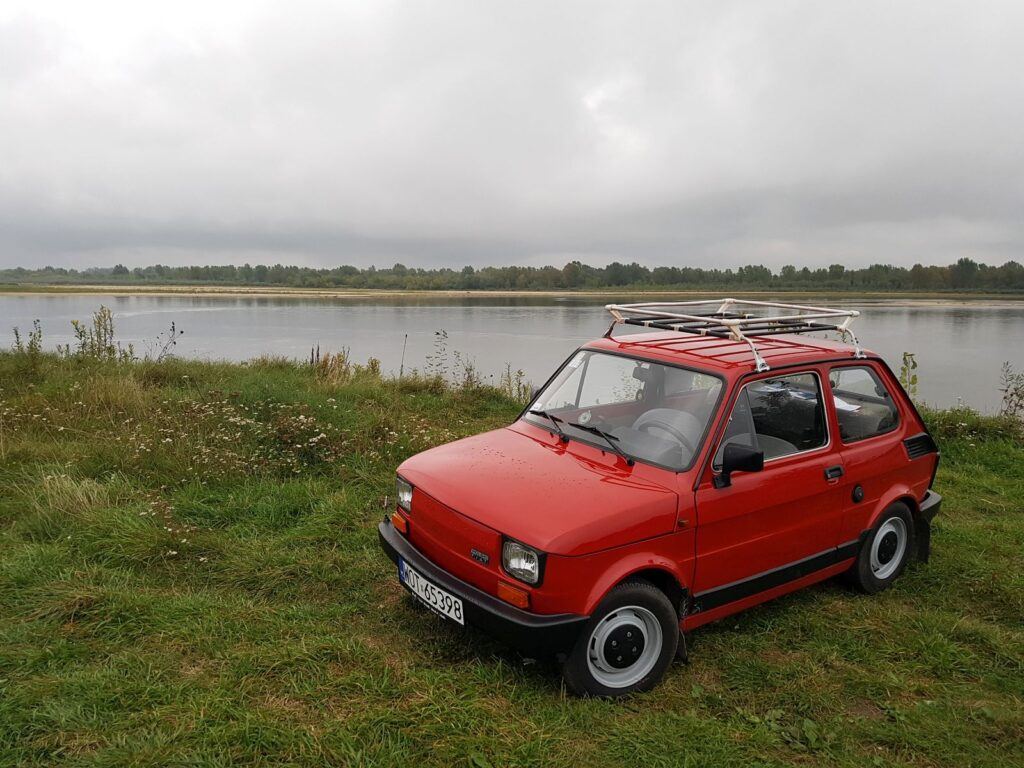 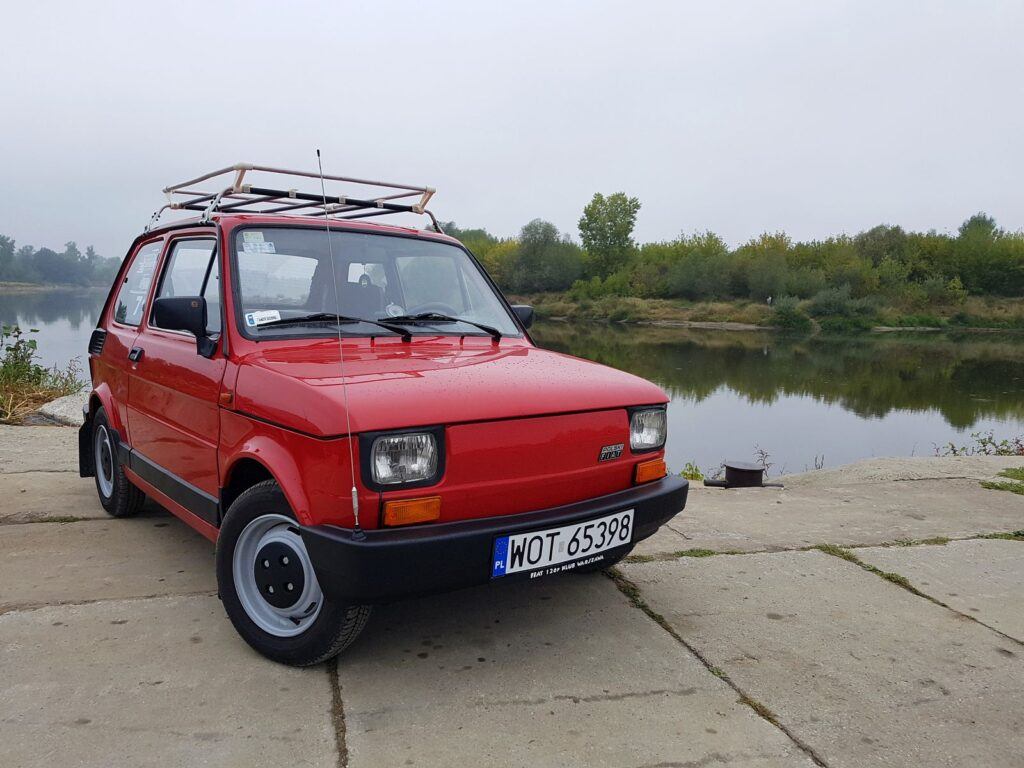 All Fiat 126p managed to finish the rally, but such a collection of attractions did not allow many operators to complete in the supposed 8 hours. The organizers, however, did not punish for the delay, and focused on counting points from work on the route and tests. The 3rd Nadwiślański Charity Toddler Rally was won by crew number 34 – Rafał and Ewelina Rojek.. 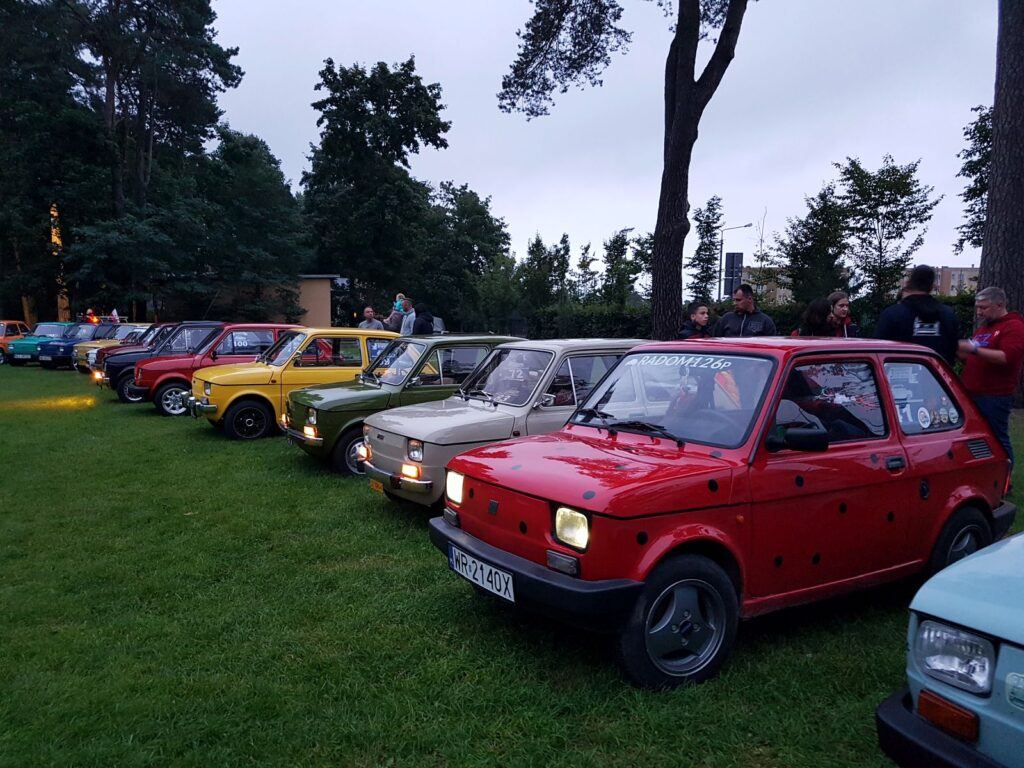 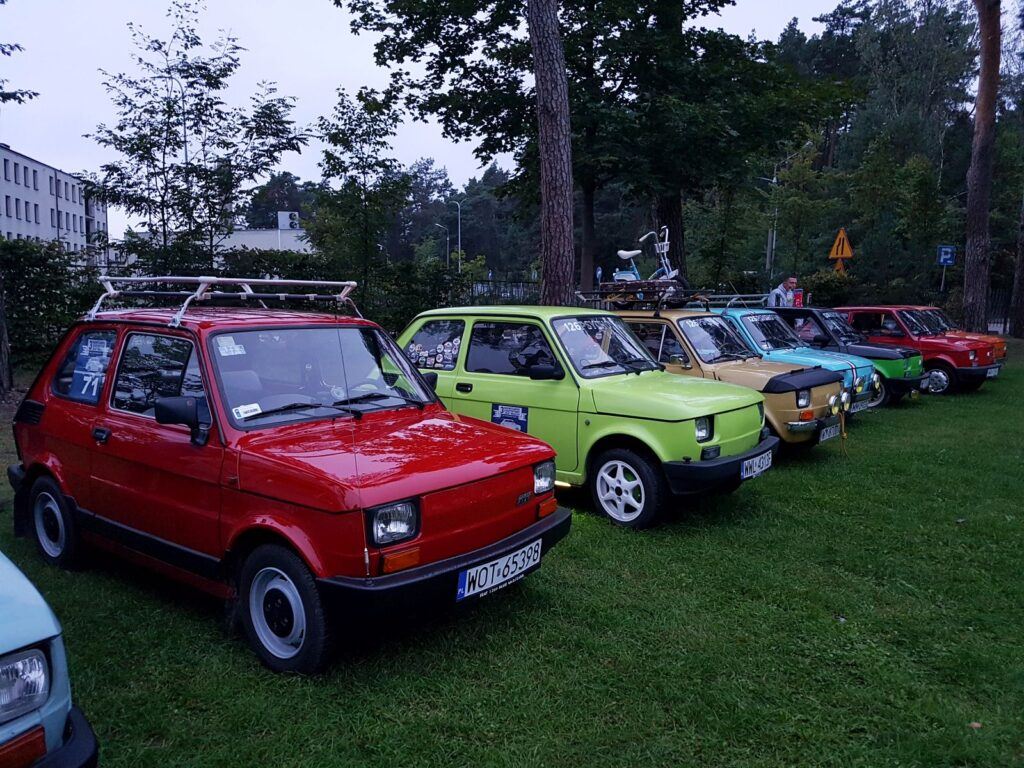 The organizers collected PLN 32,901.99. All funds were donated to the Education Center for them. Sr. Klara Staszczak in Puławy. Taking into account the previous two meetings (where a total of PLN 45 932.34 was collected), Fiat 126p enthusiasts have so far donated almost PLN 79,000 to those in need. It is possible that another record will be set in the next edition, which will return to the mountainous areas. The 4th Pieniny Charity Toddler Rally will be held on September 8-10, 2023.

Mercedes, BMW and Audi were particularly affected by the reduction in premiums

Feel like in an opera. This is the Fiat 500 La Prima by Bocelli

Second Life: This is how used Audi batteries get a second life

Fiat 500e – what is the Polish and foreign media writing about it?