Fiat Strada and Fiat Toro form the most successful combination in the history of the Brazilian automotive industry. In 2022, as it has been since the launch of the Fiat Toro in 2016, the duo looked unbeatable in the block-block takeover segment. According to the latest Fenabrave figures we have, Strada and Toro have accumulated 158 thousand sales.

Strada and Toro are not in the same category, but close. Since the appearance of the new generation of Fiat Strada, in 2020, it is more correct to classify them as monoblock pick-up trucks, since the Nova Strada no longer deserves the term “picacapinha”.

The sub-category of taking tends to disappear, like New Montana, from Chevrolet, will also be at a higher level. Only the Volkswagen Saveiro remains. Currently, Fenabrave does not have a classification that explains this change. Fiat Toro, for example, is in the same category as Toyota Hilux (Big Pick-ups), which is nonsense.

The competition is intense, especially for the Fiat Toro, which was the best idea of ​​the last decade (2010-2019). The Renault Oroch, a pioneer in the concept of a two-seater pickup truck, has been completely redesigned. The new generation was better, but Renault could not make a big step in the sales of the New Oroch, which is trying to reach 12 thousand sales per year (it has 11.6 thousand).

Ford Maverick also shined and became the champion of the Pick-up category Trend Car Award 2023, but with only one version and a high price, only 1,300 units were sold. To give you an idea, what the Ford Maverick does in a year, the Fiat Toro does in 10 days, by averaging 4,000 sales per month and closing 2022 with more than 48,000 license plates.

Volkswagen Saveiro, as the last representative of the “roots” of picapinhas, suffered from a lack of parts and had an unusual production. Therefore, it ends the season with only 22,500 sales and lacks a new generation.

In this case, at least when the new Chevrolet Montana did not come, the Fiat Strada reigns supreme. For the second year in a row, the Nova Strada won the title of national sales champion, approaching 110,000 sales, and nearly 20,000 units ahead of the best-selling passenger car, the Hyundai HB20. 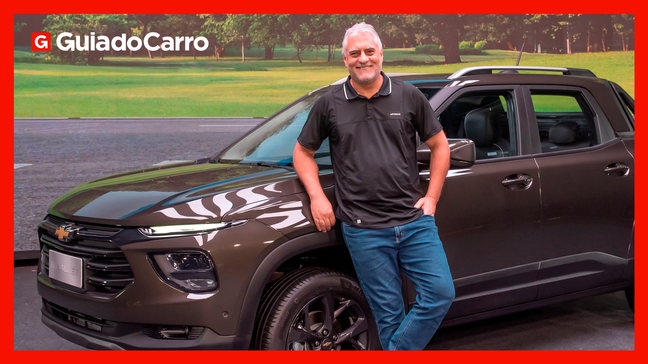 Safety: Fiat Toro wheels can fall off due to broken screws

The Hyundai HB20 overtakes the Fiat Strada and is the best-selling car in October; Chevrolet Tracker is the vice leader | Market