(Motorsport-Total.com) – Alfa Romeo is satisfied with its new driver line-up for the 2022 Formula 1 season: Valtteri Bottas, who came from the top Mercedes team, is ninth and has scored points in seven of the races twelve so far. His teammate Guanyu Zhou has finished twice in the top 10 and is in 17th place with 5 points. The Chinese have really impressed Technical Director Jan Monchaux.

“Zhou is the surprise of the season for me,” said the technical director. “We have a strong manager in our line-up and I remember voices of concern from some journalists before the season to remain diplomatic here. He is learning a lot and has shown a lot of his ability to win in his races.”

Monchaux talks about the “impressive rookie” who usually returns the car to the pits in good condition. “It is true that he was involved in two accidents, but he is usually very reliable,” it says. In qualifying, the Chinese also continued to improve over the course of the season. However, the 23-year-old still has plenty of room for improvement.

“Fortunately, we have a strong memory driver and so he knows in which areas he needs to work on himself,” Monchaux explains. Zhou is further along in his development than the team planned at this time for the 2022 season. “This is not only a big surprise for us, but also for Formula 1 as a whole.”

“With Valtteri we knew what we were getting,” says Franco-German. “He proved exactly that: the professionalism, the important contribution he makes and also his positive attitude, which gave the team a lot of momentum. So it was not a big surprise and he succeeded. He is a good qualifying driver, even with some problems on some weekends.” 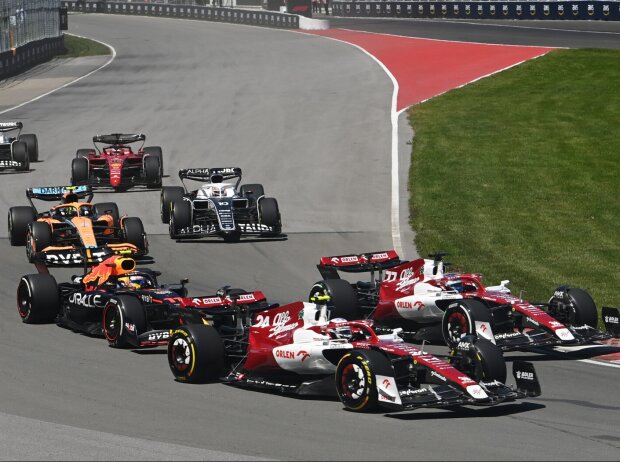 Alfa Romeo hails all new drivers for the 2022 season zoom

Monchaux also praised the consistency of the Finn, who “normally wouldn’t have made any mistakes” in the race. Bottas’ best personal result to date is fifth at Imola, Italy, where he finished behind Max Verstappen, Charles Leclerc, Carlos Sainz and George Russell. With 46 points under his belt, the Finn will continue to fight to stay in the top 10 in the Drivers’ Championship. In the Constructors’ Championship, Alfa Romeo is sixth, ahead of Haas, AlphaTauri, Aston Martin and Williams.