The potential owner of the third generation Hyundai Sonata Hybrid can choose a roof covered with photovoltaic cells with a total power of 204 W. According to the manufacturer, the PV module on the roof is to increase the range of the car to 1.3 thousand. km per year.

Hybrid Hyundai Sonata can add solar roof equipment with a capacity of 204 W. According to the manufacturer, one of the main advantages of this solution will be the reduction of the damage caused by the batteries discharged while driving. According to Hyundai, as many as 4 out of 10 electric vehicle accidents are caused by a lack of power.

The solar cells on the roof of the Hyundai have an efficiency of 22.8 percent, but the manufacturer does not show the technology with which it was made. Hyundai emphasizes that the implementation of the sun roof can extend the range of the car to 1.3 thousand. km per year, which is about 3.6 km more per day.

The South Korean passenger car manufacturer also points out that there is a correlation between the performance of the sunroof and outdoor conditions. He gives the example of leaves or dust – hanging on the roof can reduce electricity production significantly. Studies conducted by the manufacturer showed that the situation caused 3-10 percent. loss in electricity production, leading to the conclusion that as long as the roof is not completely covered with leaves / snow or light and dust, the charge function remains largely.

Better than the competition?

Hyundai compares its sunroof to Toyota’s equivalent, which is optional on the Prius model.

The main advantage shown by the manufacturer from South Korea is the fact that its solar roof directly charges the battery that manages the car’s equipment and the battery responsible for driving the car. The Toyota Prius has an additional battery that stores energy from the sunroof and then transfers it to the battery that runs the vehicle’s equipment and is responsible for driving. Hyundai believes that the additional central battery is unnecessary, and its removal reduces the number of changes and improves the efficiency of the system.

Another thing that Hyundai notices is styling. When building the solar roof for the Sonata, the manufacturer used a black backsheet, making the photovoltaic cells invisible and the entire roof more elegant. Photovoltaic cells in the Toyota Prius are arranged on a white back sheet, which makes the “ecodes” more distinctive.

A more important feature than appearance may be distance, which is different in the case of all models with a sunroof. The Hyundai Sonata Hybrid is giving the driver the greatest daily mileage with an average of 3.6 km, while the Toyota Prius Prime offers an average increase of 2.9 km.

The South Korean car manufacturer, writing about the sunroof on its website, is not talking about a revolution. The result of 3.6 kilometers per day is not capable of revolutionizing the market. Hyundai insists, however, that this is a step towards more sustainable driving that the EV market is committed to.

© Copyrighted material. All rights reserved. Further distribution of the article with the permission of the publisher Gramwzielone.pl Sp. z oo 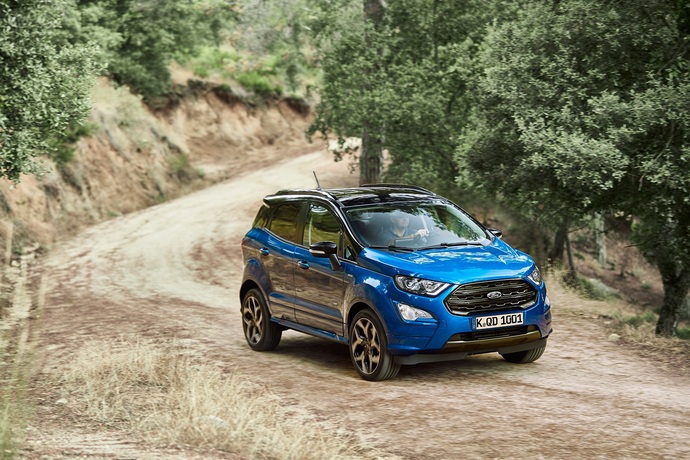