Four Emmys, a Golden Globe and many other awards for film, theater and television roles. We chose ten of them and we have no doubt – Jean Smart is a legend.

With a career as rich and successful as Jean Smart’s — which most recently dominated Hacks on HBO Max — choosing the perfect roles can be a pain in the ass. Better to bet on the ones he is most famous for or the ones he was most appreciated? Should we put advanced and basic roles at the top, or perhaps smaller but well-defined roles? How to combine the creations of the past years with those that we have fresh in our minds, or to find a balance between good performances in comedy, drama and even animation? It was not easy, but we chose and we have ten very dedicated to you.

“Designing Women” is little known in Poland (shown here under the title “Designer”), but a popular sitcom abroad broadcast by CBS in the early 1980s and 1990s, as well as a real breakthrough in Jean Smart’s career. . Charlene played there for five years – office head of Sugarbaker & Associates, a slightly nerdy, female-led Atlanta-based interior design firm. In Charlene, you can already see the characteristics of the future characters of Smart, combining invisible charm with intelligence and sharp humor, thanks to which it can be considered that the role brought him not only recognition, but also a certain style. It is also worth mentioning that it was on the set of this series that Jean Smart met her husband, actor Richard Gilliland. [MP]

Jean Smart appeared in only seven episodes of the comedy series “Frasier,” but she was able to win two Emmys for the role – in 2000 and 2001. And it’s not surprising, because it’s one of the most popular guest performances in this great sitcom. Smart played Lana Gardner, an old school friend of the main character (Kelsey Grammer), whom he had a crush on. Years later, the doctor couldn’t resist him anymore, and his strong personality turned him back into a troubled boy who just couldn’t keep up with him. Smart in this role was like a volcano of energy, giving Frasier a lot of emotion and a lot of laughs for the audience. [MW] 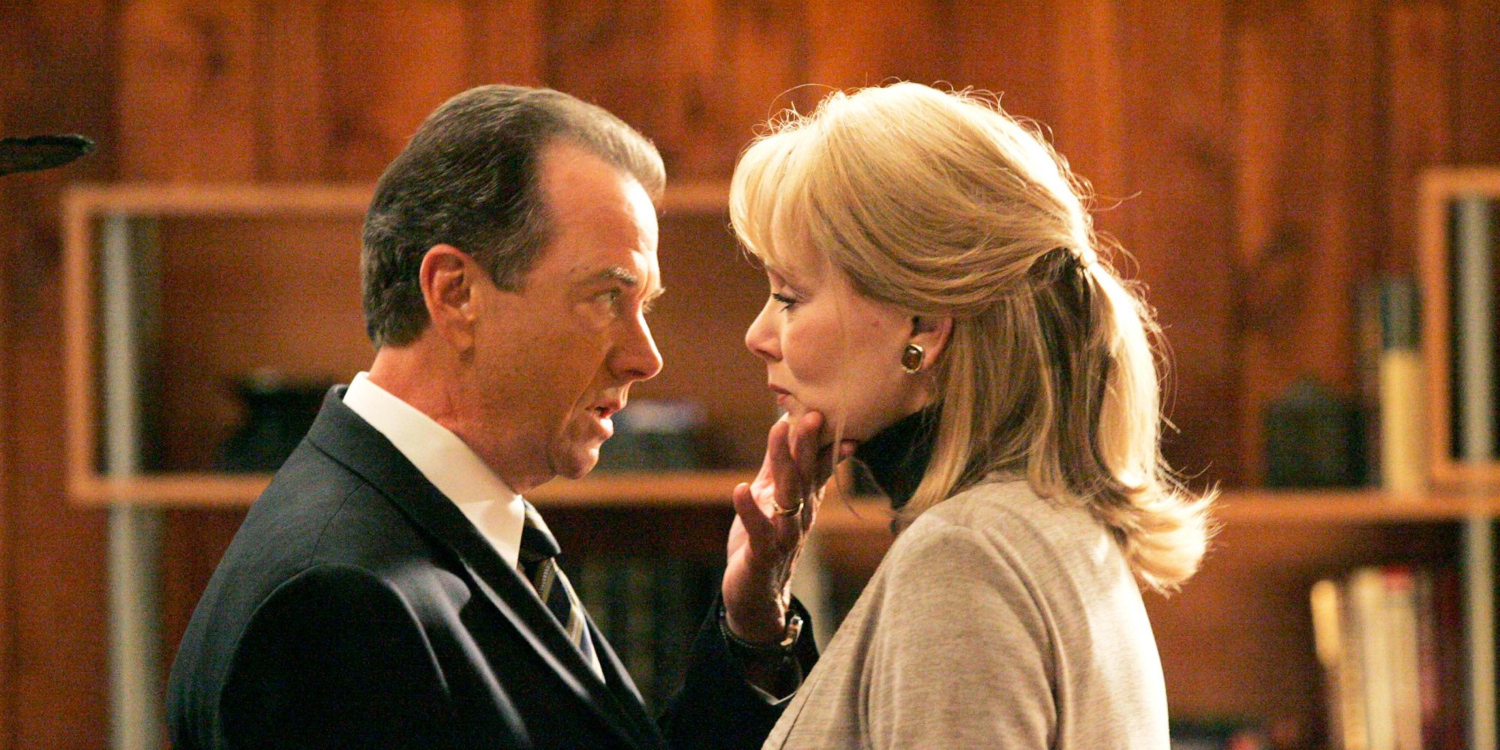 “24 Hours” saw Jean Smart receive more Emmy nominations (for supporting and guest roles) for her role as Martha Logan, First Lady of the United States in seasons 5 and 6 of the FOX hit. You can see how unusual this behavior is from the case the first event and his participationand then it got even better. The emotionally unstable heroine became the real star of the series, and the audience loved her very much thanks to the good performance of the actress, perfectly portraying the fragile mental state of the woman, which was exacerbated by the growing disgust for her husband, President Charles Logan (Gregory Itzin). See the triumphant look on his face as he reveals his crime? Worthless. [MP] 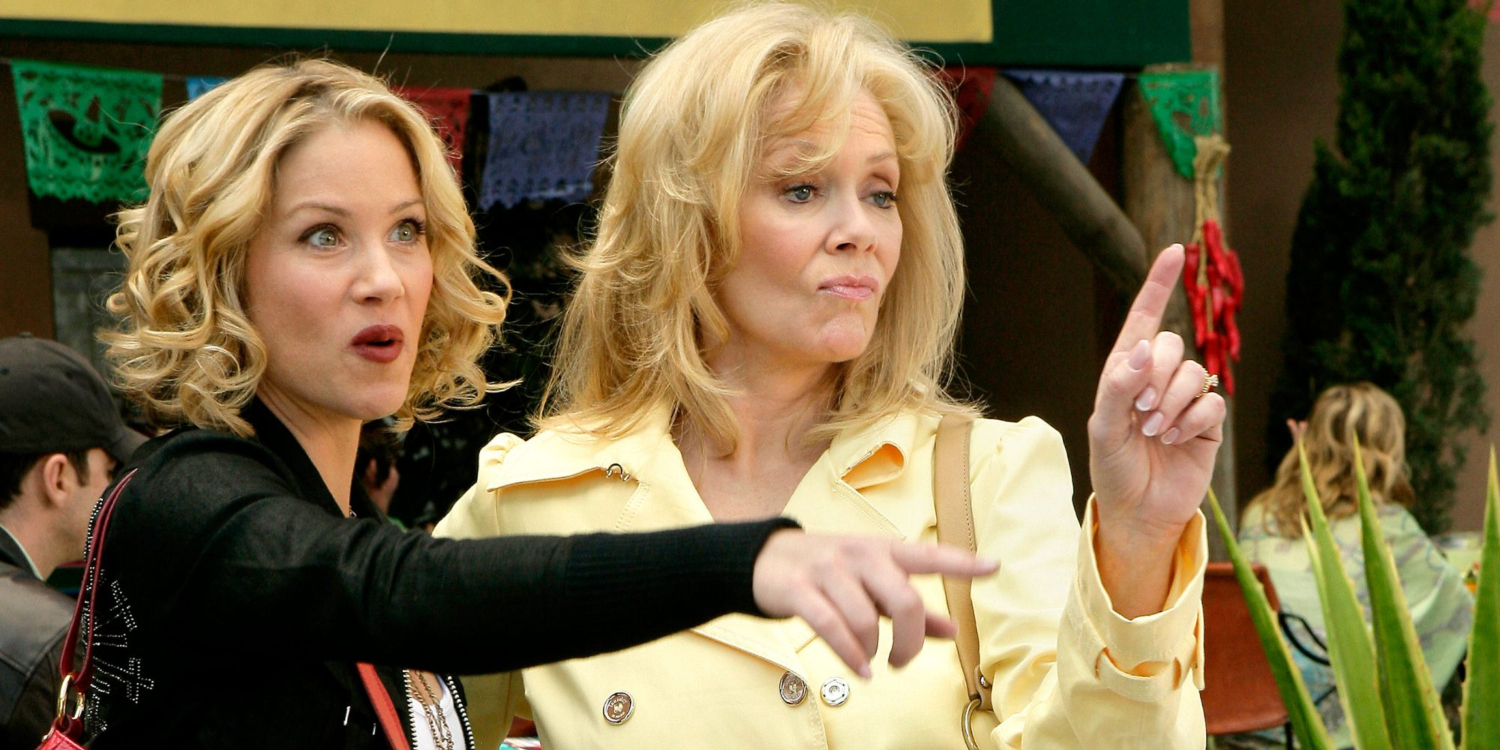 Even if “Samantha Who?” (“Who’s Samantha?”) With only two seasons on the air on ABC, it was enough for Jean Smart to win her third Emmy Award for her performance in the comedy. He fell to her for the supporting role of Regina Newly, the mother of the main character, played by Christina Applegate Samantha, who suffers from amnesia after a car accident and forgets who she is. By rebuilding her life, Samantha tries to fix many things, including her relationship with her mother, with whom she had not spoken for two years before, and who inherited many bad reputations. The special, bitterly loyal Regina is a character who gets all the attention as soon as she appears on screen – it makes perfect sense that Jean Smart shines in her. [MP] 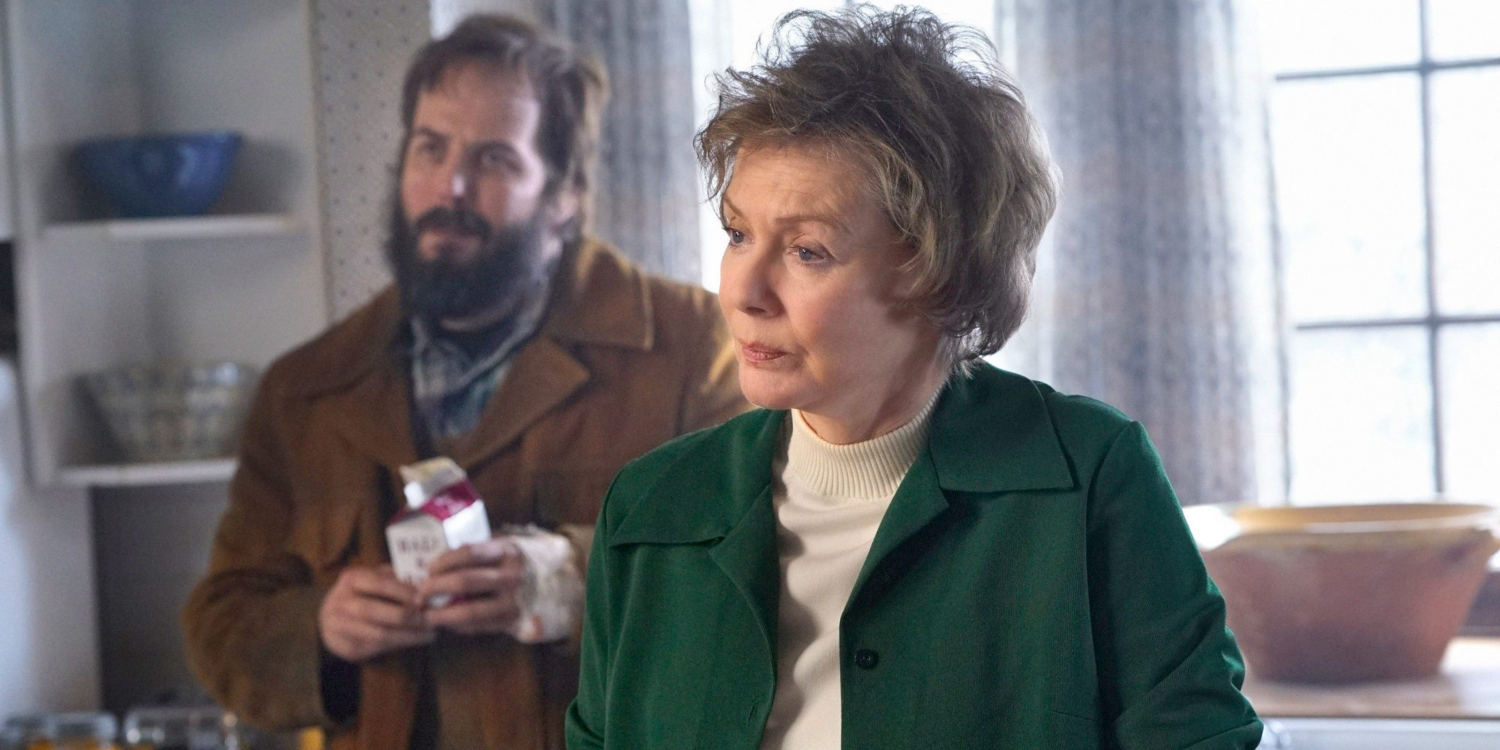 Since she was Jean Smart’s first wife, why can’t she be the head of the gangster family? Season 2 of “Fargo,” where she played the role of Floyd Gerhardt, the wife of the leader of the North Dakota crime group, who takes over from her husband, has to maintain control of the sons inherited from her father, while preparing for the war against the Mafia of Kansas City. Who is who, but he is able to do it, because in a series full of absurd events and characters, Floyd is a place of peace. She exudes strength despite her unknown appearance, she can inspire respect in a simple way, and at the same time she makes it clear that both as a mother and a leader, she is ruled by a firm hand. Another great role and the most deserved praise – led by Emmy nominations and awards from critics. [MP]

After her appearance in “Fargo,” Jean Smart trusted her creator, Noah Hawley, so much that she accepted the role in his next series without reading the script. He certainly did not regret it, because “Legion” gave him attractions that he has never had in his career so far. Although her Melanie Bird is one of the “regular” characters in this story. His heroes are a therapist and leader of a group of mutants, where he recruits the mentally unstable David Haller (Dan Stevens) to help him control his superpowers. Let’s add that Melanie’s husband, Oliver (Jemaine Clement), has been imprisoned in the astral platform for 20 years, and we will get an unusual, charismatic and tragic figure. [MP] 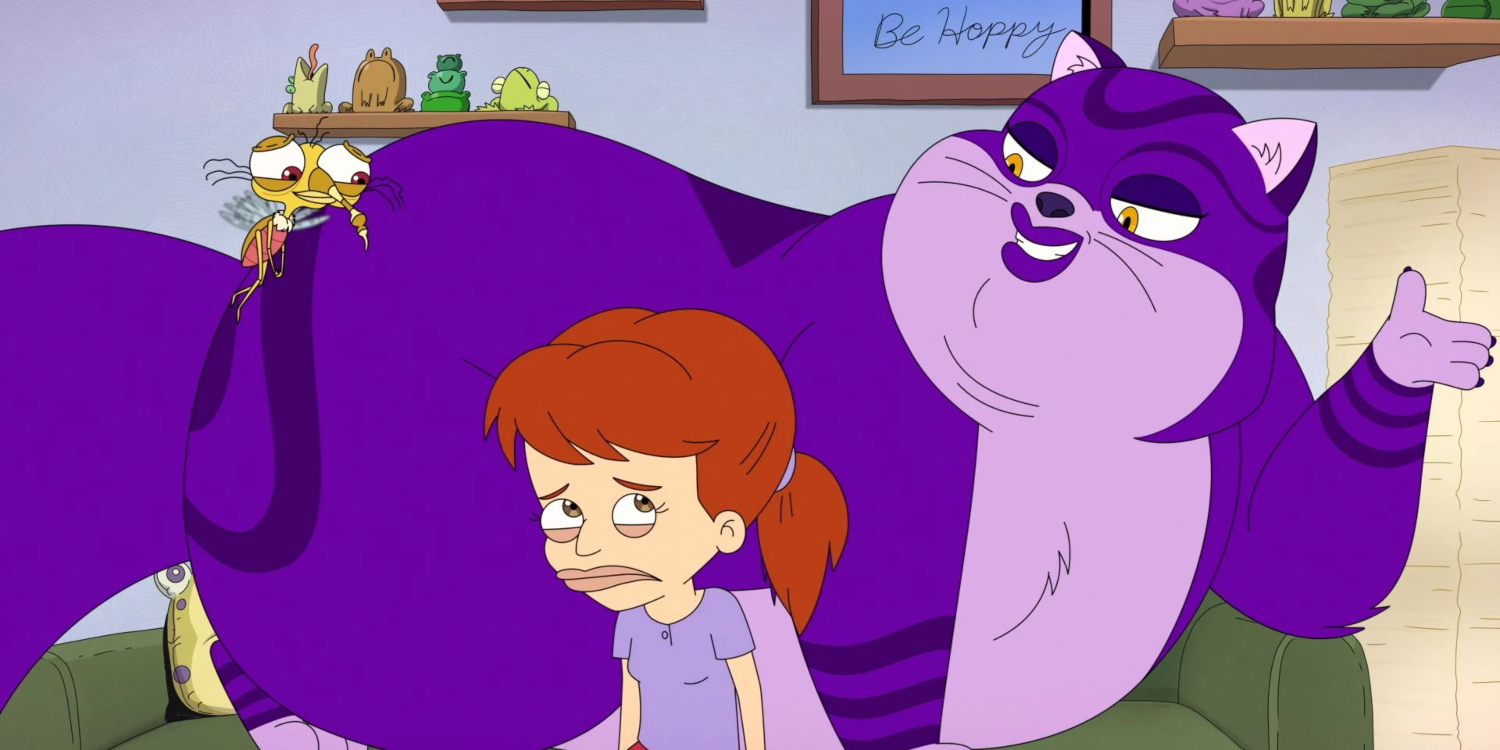 In Jean Smart’s multi-titled film, there is also an animated production that we will only mention “Kim Possible”, where he voiced the main character’s mother. Here, however, we focus on netflix “Big Mouth”, in which the actress can be heard in the role of Kitty Depression, a cat employed in the Department of Puberty, whose visits, as you can guess, do not mean anything good for her. locals. A large purple cat, which Vincent Van Gogh himself fell for at one time, can drive people to sink deeper and deeper into their own sorrows, which is perhaps the best example of depression we have ever seen. The sweet, catchy and false charm of Jean Smart’s voice fits her like a glove. [MP] 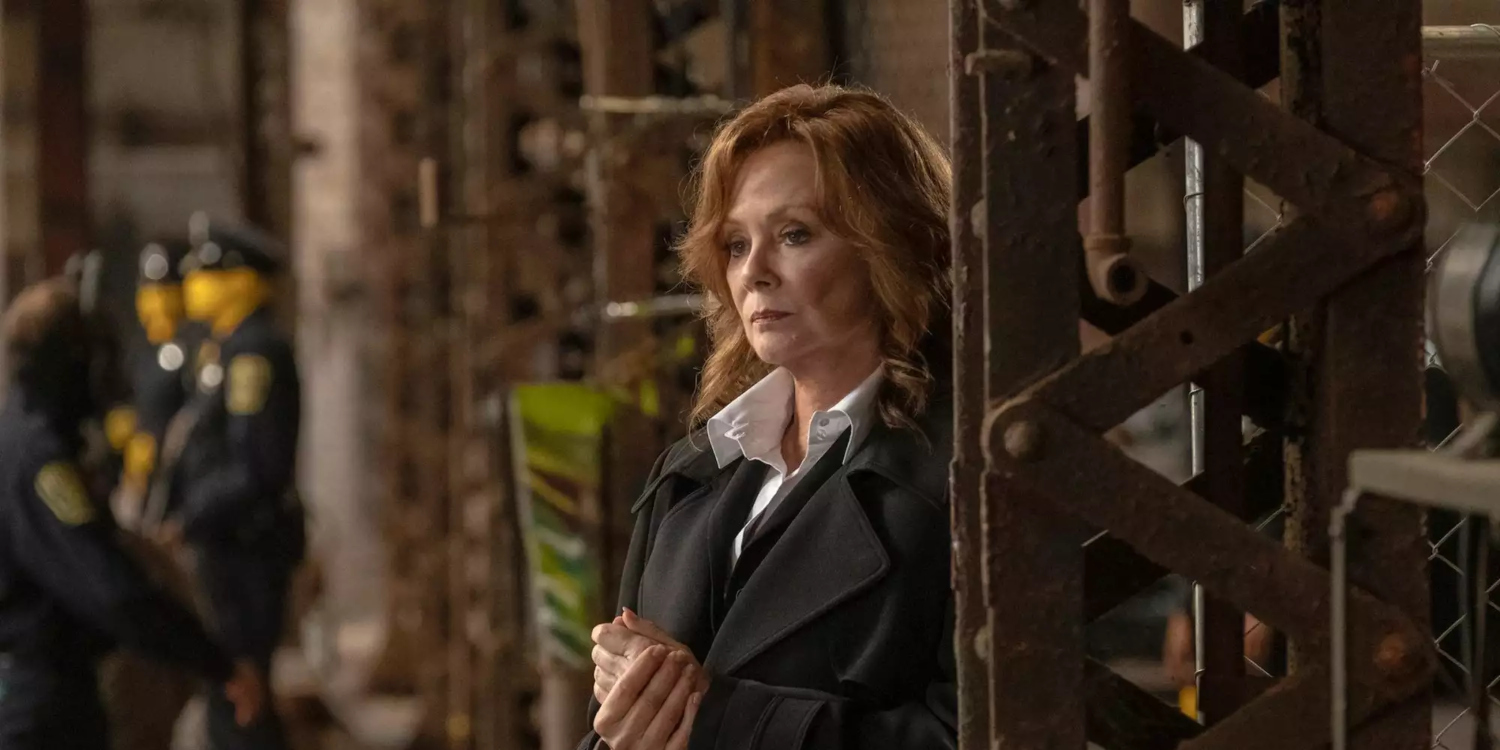 The next role, thanks to which Jean Smart received great acclaim (with another Emmy nomination), came thanks to HBO and Damon Lindelof, who cast the actress in “Watchmen”, the sequel to the comic book author Alan Moore. She played an older version of the famous Laurie Blake, formerly a heroine under the pseudonym Jedwabna Zjawa, in the series as an FBI agent tracking and capturing undercover people. Laurie here has been disappointed for a long time, contemptuous and even bitter because of everything she has experienced, but certainly not without feelings and the ability to express them in surprising ways. And since he is very intelligent and gives strong and accurate opinions, it is impossible to worship him. [MP]

“Mare of Easttown” (Photo by HBO)

“Mare of Easttown” presents a sad picture of life in a small Pennsylvania town, which largely consists of images from the everyday life of the main character (Kate Winslet). Including his complicated and difficult relationship with his mother, Helen. Jean Smart plays a broken hearted, bitter, stubborn woman who, when she has a problem with something, loudly announces it to everyone. Mare’s mother has been through a lot in her life and can no longer be optimistic about anything, and she doesn’t like to be wrong. But Helen’s anger is one thing, another is that we are dealing with a difficult character, finally being able to accept the mistakes she made as a mother. [MW] 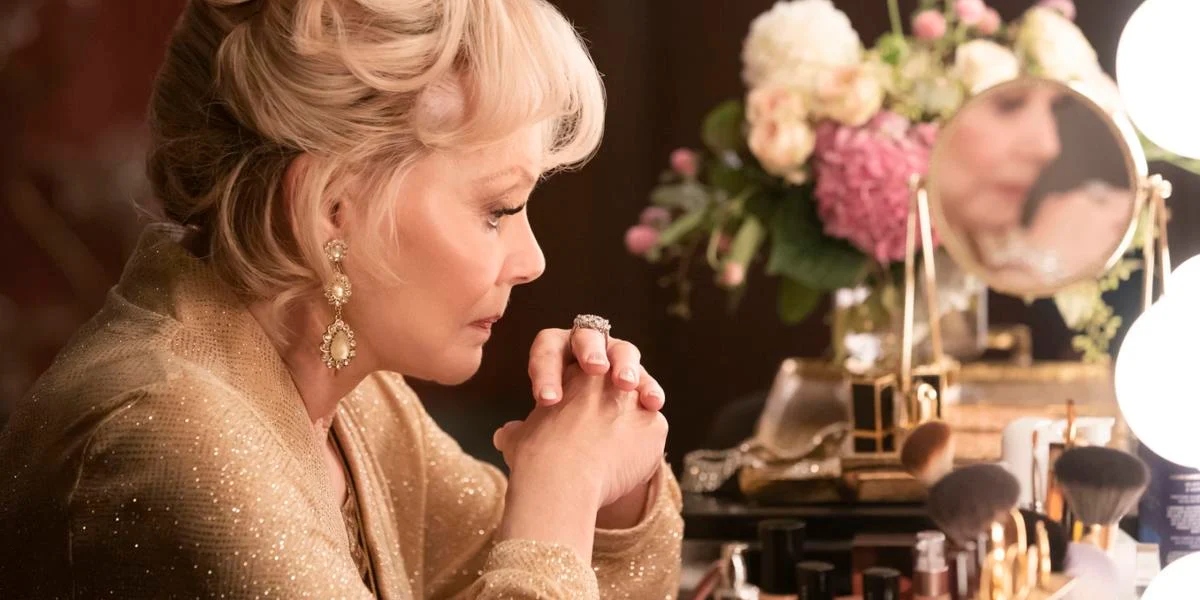 There is no shortage of opinions that the appearance in the series “Hacks” (or, if you prefer, “Komediantki” – we still find it difficult to get used to this translation) is the best in the entire television output of Jean Smart. Deborah Vance is such a complex, ambiguous, and contradictory character that an actress in the role might as well win Emmy Awards for drama rather than comedy.

The powerless, super-rich, unstoppable diva of American comedy, who stars in Las Vegas, is a stand-up queen and a woman with a troubled past. Her amazing career proves that you need to have thick skin to survive in show business. Years of struggling with sexism and revealing his personal issues and personal problems have made him cynical, even malicious, keeping people away from him and using sarcasm as a way to defend himself. Behind this wall, however, is a more complex character that is a delightful experience to discover from episode to episode. Debora’s stage performances – all decked out in sequins and glitter – are also pure gold. [MW]

HBO Max will soon be HBO Mini and no one will watch it. It’s not the way

Car madness around Ronaldo: 190,000 Cadillac for his birthday

Check if your TV supports the HBO Max app

What is Removable Storage and Smart Access Memory? This is one of the technologies that AMD dominates

How to turn a regular TV into a smart TV?

Nuance: ‘Tesla owners could no longer get into the car due to software server error’ – Photos & Audio – News

The Chevrolet Corvette will be electrified. There will be hybrid and electric versions