Europe is not America, where the cult of the sedan reigns. Here, Polish gardeners and pensioners can shake hands with Americans. Of course, SUVs are very popular in the sales columns of almost all manufacturers. In fact, in the case of Lexus, they are the main driving force in Europe. In Poland, in 2021, the model became number one NXlater UX and bigger RX (in Europe). In a way, the ES model, LS They are taken for granted and are very nice cars.

Lexus second generation NXwhich I had the opportunity to check, can bring more sales of the brand, because the car is more “Europe“but let’s start from the beginning. A new Lexus NX from the outside, it does not differ much from its predecessor. I would say the style has gone through a complete process face lift. Although how provides the manufacturer “95 percent. car parts have been replaced with new equipment.” The car is 20 mm longer and wider than its predecessor, and the wheelbase has increased by 30 mm. 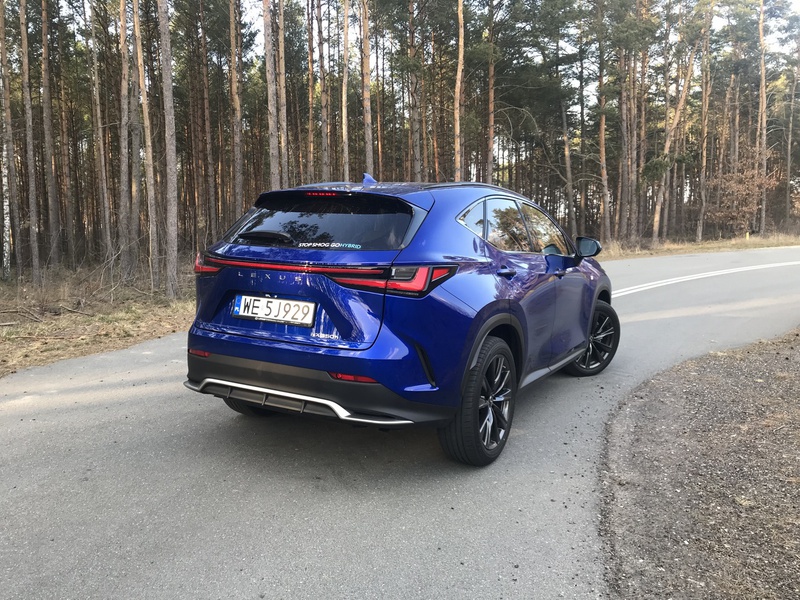 I got a Lexus for a test NX 350h The F Sport in special Heat Blue, is reserved for this trim level only. It is not I will hide the car in this configuration is smooth and it is difficult to go unnoticed. The color is enhanced by 20-inch rims in graphite shade. Although these are all stylistic details that can be configured to your liking. Revolutions and greater changes NX the second generation begins in the middle.

Lexus NX 350h I was very curious because this is a Lexus designed with a new philosophy, at least that’s what I got. For Orthodox fans of the brand, this is a minus for me. Lexus models even now, even the ES model, are known for their durability, good work and fit, but in terms of, for example, the interior design, it is here for “old man“ – many buttons, intuitiveness, simplicity, this is the best way to summarize the models of the Japanese brand tested in recent years. And suddenly the second generation is increasing NX everything changes. 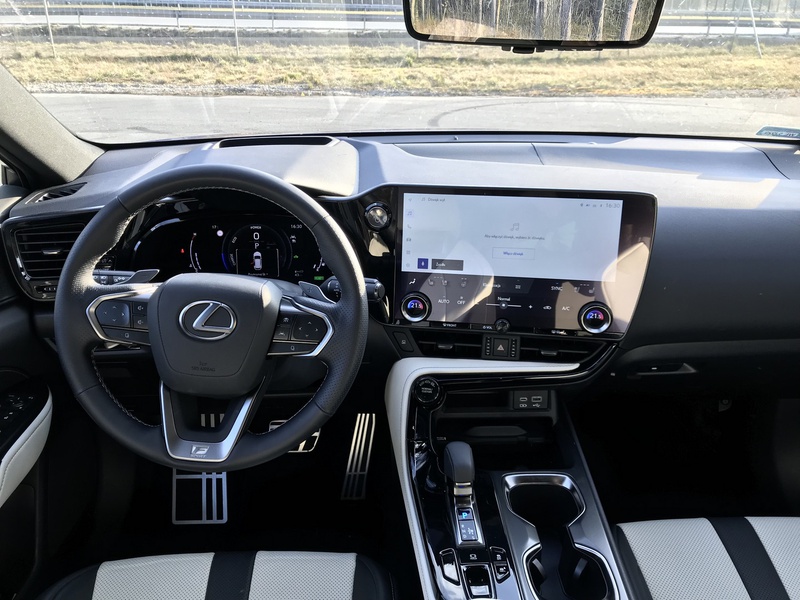 The interior of the car is, by the way, the answer to my introduction. A new Lexus NX in this respect he resembled and even surpassed his German competitors. It is about a small number of buttons, because most of the work is carried out from the level of the 14-inch display. Unfortunately, even the climate went there, only the temperature is controlled by stylish moving rings and a small screen. During the test, one of them fell out of place after a gentle pull, and this is not the only problem with this sample. 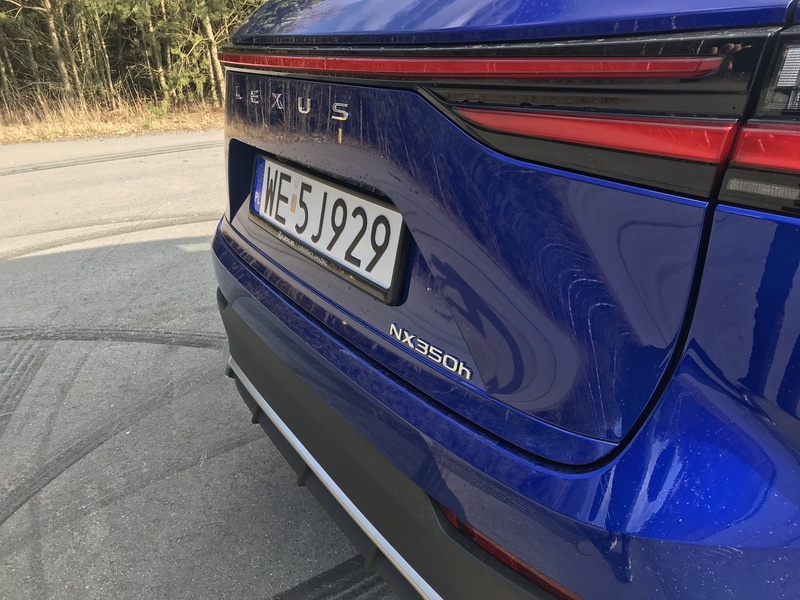 When using the save mode selector, press to select a setting normal this selector fell in the middle of the hole in which it was mounted. Generally in the car except “Europe“ The interior design method also feels inferior in quality, which is approaching NX to the German competition, which has long been forgotten in this regard, especially Mercedes.

Returning to the multimedia system, I must admit that it is easy, transparent and there are no jams when switching between tasks. The rear view camera, which finally has HD resolution, deserves a big advantage. In other models of the brand, it is better not to have it, because this feature distorts the image of Lexus as a premium brand. 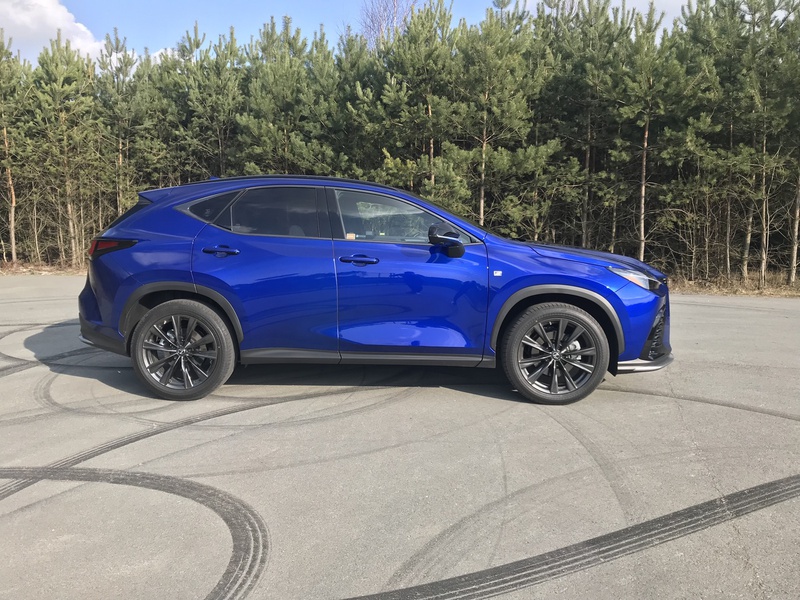 On the other hand, as usual, I was not disappointed in the seats, which are very comfortable even in the F Sport version (holding the sides). It’s amazing and forward like we want to charge eg phone, we have the option of USB type A and C and inductive charger. Back seat users who don’t there should be insufficient space on the head is judged by the two USB-C ports. I’d forgotten another important thing “Europe“ accent, that is in Lexus NX we have to option 64 colors of lights emotionalwhich are exemplary. Like we want to have a fun environmentor of the disco-polo club we have to go to the Mercedes showroom.

There are no surprises when it comes to power units, because Lexus has made a bet hybrids – classic as in the unit tested by the plugin (NX 450h+). In NX 350h the base was a combustion engine and, most importantly, a natural 2.5-liter engine, which is supported by an electric motor, which in turn translates into a total system power of 243 HP. First “hundred“ it should come in 7.7 seconds and has a top speed of 200 km/h, so it’s snappy. Especially since the feeling of acceleration is enhanced by the electric motor that helps with starting – maximum torque is immediately available. 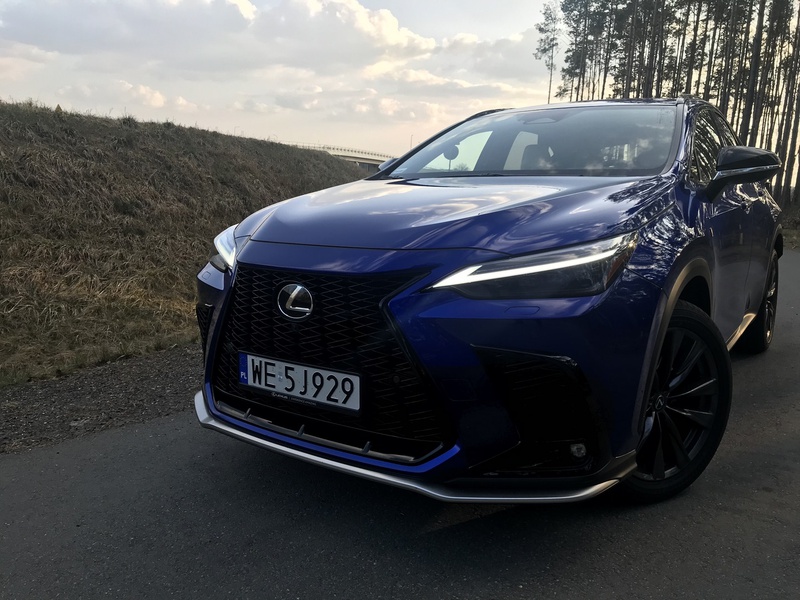 The Lexus hybrid system is hard to criticize, it actually works well, combining between working on an electric motor and a combustion engine. Which translates to fuel consumption in the city around 7-8 liters per 100 km, outside the city we should see six in front, and the road is a requirement at the level of 9-10l. The “moaning” chest takes on a charm when accelerating E-CVTbut this is a common hybrid made by Lexus or Toyota.

I wouldn’t be myself if I didn’t mention the handling, which is very good, precise, and most importantly you don’t feel the body spinning when you corner quickly, it’s very stable, which is a little different from most. SUVs because they drive like huge and impractical sedans. Only in the F Sport version (standard) is it convertible suspension – two Games and Usually. Unfortunately, I didn’t feel the difference to be very special. 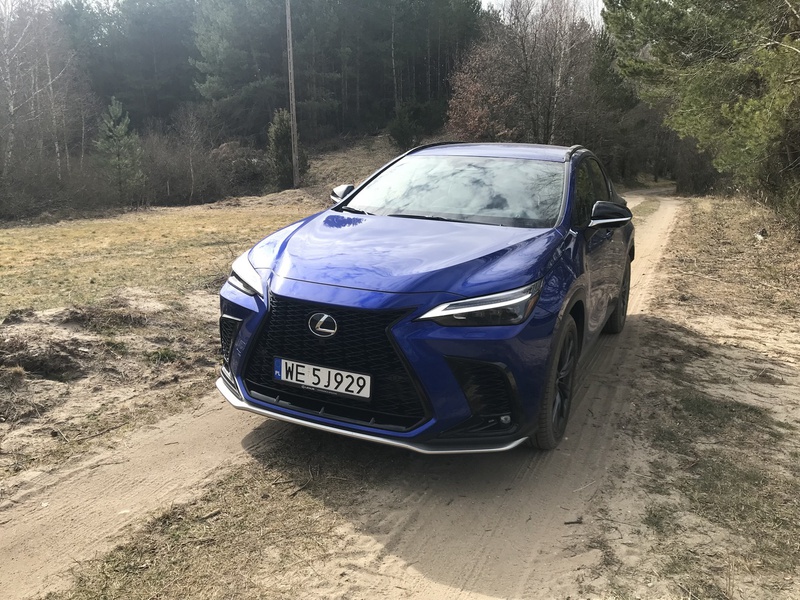 Lexus NX The second generation is undoubtedly a big revolution, if we compare this model with other products of the Japanese manufacturer. I will be bored, but I will repeat that the car is quite suitable in the European market, where SUVs with large displays dominate, but what is our climate? I really regret the drop in quality, although the European customer doesn’t he will see – he has be colorful and modern and it is. Tested Lexus NX 350h F Sport costs min. 298 you. PLN, interestingly, we have a version for the same price Omotenashiwhich focuses more on comfort.