A new chapter begins with the fifth generation of the Lexus RX: The new version of the first SUV follows in the great footsteps of the world’s best seller – and sets new standards in design and technology.

So the brand new model is connected to its predecessor.

The Lexus RX is a pioneer that keeps up with the times – and it changes regularly: When it was launched in 1998, it pioneered the luxury SUV segment, followed in 2005 by the Lexus RX 400h, the first electric model in the first segment. In almost a quarter of a century, more than 3.5 million copies were sold worldwide – including more than 300,000 in Europe.

“High quality, high comfort and high sophistication: we wanted to preserve these characteristics of Lexus DNA in the new RX, while taking the driving experience to the next level to create the unique Lexus Driving Signature.Said Koji Sato, President of Lexus International.

Along with the recently introduced Lexus NX and the upcoming all-electric RZ, the RX spells the “next chapter” of the Lexus brand. These three models mark the most aggressive forays so far into the premier mid-size SUV segment, the heart of Lexus’ business.

With the new RX, Lexus has further developed its “Next Chapter” design language. This includes a new body design, where the familiar spindle-shaped “diabolo” grille is carried over to the front of the car. The design team was also inspired by the rich design tradition of the RX series. The result is a car that is instantly recognizable as an RX, but with a more powerful, elegant and bold character.

In the interior, Tazuna’s driver-oriented cockpit supports direct, intuitive control of the vehicle – based on the “hands on the wheel, eyes on the road” principle. An open layout improves the driving experience: The new Lexus Link multimedia system with a 14-inch touchscreen, the voice assistant “Hey Lexus” and smartphone control via the Lexus Link app also contribute to this.

The new RX has the distinctive Lexus Driving Signature: key features such as the center of gravity, weight, stiffness and power training have been optimized to create a more natural dialogue between the car and the driver. Precise handling and direct response are the result of the optimized GA-K platform, which has excellent body rigidity and a low center of gravity.

Three different electrified variants are offered on the market in Germany. Customers can choose between the 309 hp RX 450h+ with introductory hybrid technology, the RX 350h Hybrid with a system output of 250 hp as the best alternative to diesel and gasoline drives, and the first turbo RX 500h hybrid with DIRECT4 control of all wheels. for customers with the highest performance and performance requirements of the 371 hp system.

The latest assistance systems ensure first-class safety – more than all the Lexus Safety System of the third generation + with Pre-Crash Safety System, a new driving assistant and an extended safety package. Safety Exit Assist prevents the doors from opening when cars or bikes are approaching from behind – this prevents collisions with the car door.

What the Lexus RX began in the 90s as one of the world’s first SUVs reaches its peak here again in the fifth generation with a car that doesn’t seem to be ahead of its time just by its looks. A hybrid system with a turbocharged petrol engine is also used for the first time, for those who want more dynamics in a premium SUV. Prices for the latest models will not be announced until October 2022. 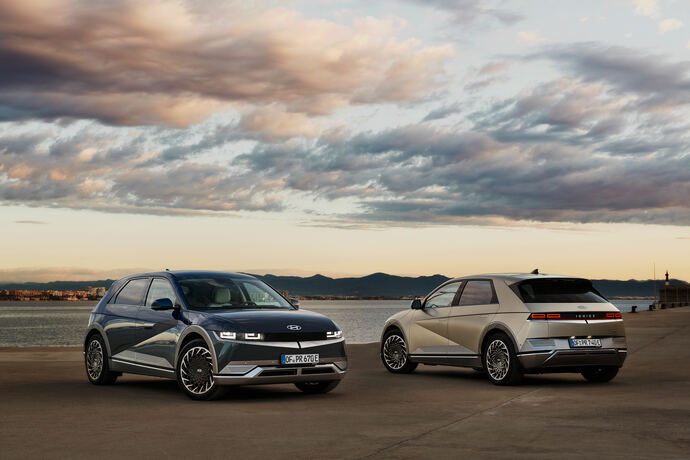