In 2018, the current G-Class W463a was introduced. The fashion symbol of automobiles is a best-seller. It must continue to be a bestseller. Therefore, the next facelift will not significantly alter the Mercedes-Benz G-angular Class’s design, which is popular on all continents. Nonetheless, it is time for cosmetic adjustments.

Mercedes-Benz will redesign the G-Class for the 2023 model year. The photographs that Mercedes Erlkonigjager was able to obtain of the G-Class MoPf models provide an indication of which areas of the Mercedes SUV’s exterior would be updated. The front and back of the Erlkonig photographs are covered with masking film.

Therefore, things will change here. Can the facelift of the G-Class be noticed without concealment? The renderings by UNESS DESIGN reflect the plan. The editors, unlike the graphic designer, have a certain opinion that the headlights of the MoPf variants will retain their circular shape.

In certain locations, the concealment of the G-Class prototypes remains crucial. We anticipate minor modifications to the grille and front bumper. Additionally, the back bumper should appear differently than previously.

The facelifted G-Class should use the MBUX system, likely with two 12.3-inch panels similar to the E-Class W213 MoPf. There have already been modifications to the engine for the current model. Mercedes-Benz reports that the 350 d will be discontinued by the end of the year.

The only diesel variation available is the G 400d. But what does the term availability mean? In Germany, Mercedes G-Class orders have been suspended since mid-January of this year. And it’s still there because G-Class production is said to be at full capacity until the end of 2024. Those desiring a new G-Class must be patient, as the purchase-to-delivery time frame for the four-wheel drive and star is up to 36 months. 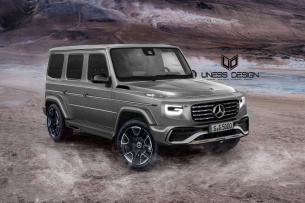 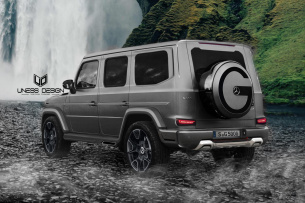 The G-Class from Mercedes-Benz is still a very exciting car because it will be charged 100 percent battery-electric.

Comfort, luxury, and health on a new level: The Rolfhartge G-Black Red interior is an exception in the world of exclusive cars.