In Alabama, Mercedes is building a new battery production facility for electric vehicles. When the new factory opened, we inspected the on-site production situation in detail.

Kay Ellen Ivey laughs: The 78-year-old governor of Alabama made a special trip to address the opening of Mercedes’ new battery plant on March 15. Politicians are happy to announce new jobs, and Mercedes will create 600 new jobs at its newest US factory. In addition to the roughly 4,500 employees already established in 1997 at the Tuscaloosa plant a few miles away, and the more than 11,000 jobs created around the direct supply industry that Mercedes makes SUVs in Alabama.

It’s a good development for a region in the southeastern United States that was fairly optimistically rated as “structurally weak” prior to Mercedes’ involvement. At the same time, the Stuttgart Group is one of the largest employers in the region and is also firmly rooted in its demographic profile.

When Mercedes decided 25 years ago to build a new Tuscaloosa plant, this first production outside Germany was not without controversy. But time has proven policymakers right, as Alabama has produced about 4 million vehicles. Mercedes-Benz America International (MBUSI) is also one of the largest U.S. auto exporters, with the Tuscaloosa plant producing the brand’s large SUVs for the global market from the start, with annual output in Tuscaloosa Two-thirds of it is exported abroad. , including to Germany.

In the future, the all-electric EQE SUV model will also roll off the assembly line there, as will the new EQS SUV launched in April. In order to be able to equip this new production facility with the most important component, the traction battery, a new battery factory is now being built a few miles from the Tuscaloosa plant. The car factory had limited space, so it was decided to build a new building a few miles outside the village of Woodstock, Alabama. It takes ten minutes to drive from the factory gate to the factory gate.

Mercedes has invested about $1 billion in battery production and upgrades to the Tuscaloosa line for new models that will run alongside the combustion SUV from the same line. The first suppliers have already settled around the battery factory. 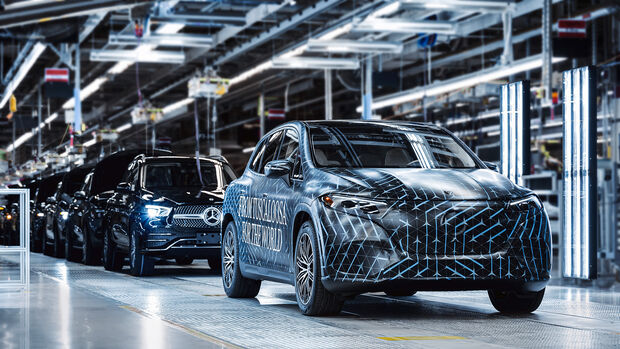 In the future, the EQS SUV and EQE SUV will also roll off the production line at the Tuscaloosa plant.

On the occasion of the opening of the brand new battery factory, we had the opportunity to take a long tour and get an up-close look at production. This is quite exciting because battery production is very different from a car factory, although many look like a car factory at first glance in the huge hall. We show the individual production steps in the photo gallery.

The plant is already CO2 neutral using green electricity. The required delivery vehicles are electric and the forklifts run on hydrogen rather than diesel. A large stormwater treatment plant saves more than 2 million liters of potable water annually, with hot water generated by solar thermal energy. By 2024, the plant will run entirely on renewable energy through its own solar power plant. 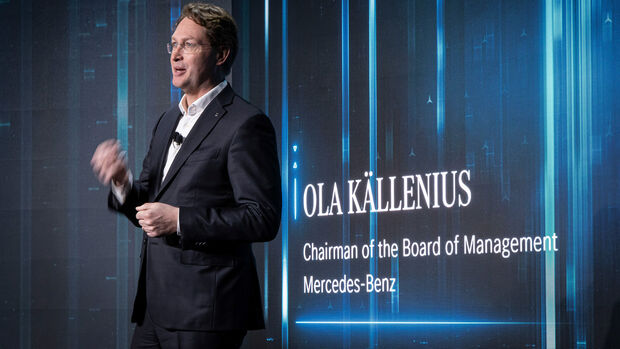 The hall used to build the traction battery of Mercedes’ large electric SUV is 300 meters long. The fundamental difference with car production is that there is no continuous conveyor system (“conveyor belt”), but the individual work steps are carried out in a highly automated manner in different production modules. They are separated from each other and protected by transparent walls.

A “container” made of aluminium is initially provided, into which the battery pack is subsequently integrated. It runs through the entire production process on an automatically controlled electric trolley. After optical measurements with precise dimensional accuracy and repeated cleaning – during production, not a single speck of dust could possibly get into the panels on its own – the individual battery packs are glued in aluminium trays. Depending on the size of the battery, ten or twelve battery packs are used, which corresponds to a capacity of 90 or 108 kWh. 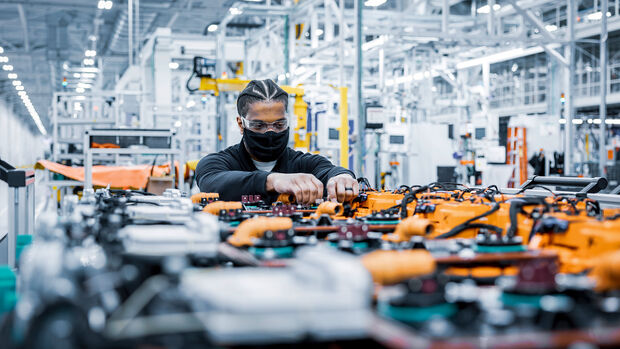 After the individual battery packs are screwed onto the brackets in another production module, the wiring and pre-assembled control electronics installed on the front of the battery packs are carried out. In a further step, the entire package is covered and sealed with a metal lid.

Are you interested in electric vehicles? Then you’ll find the best rental deals in private rentals here!

The last step in the production line is the leak test: since under no circumstances can water or dust get into the battery pack, it is tested with helium gas. This extremely volatile gas can test for the smallest leaks. It takes about four hours from the start of the manufacturing process until the final quality checks are made and the batteries are ready to be installed at the nearby Tuscaloosa facility.

At present, the battery factory is not operating at full capacity, and the large amount of available space suggests that more production capacity will be created here. Full production will be achieved in 2023, when the EQE SUV from Alabama will be introduced to the world alongside the EQS SUV.

The new battery factory isn’t the end of Mercedes’ electronic activity in the U.S., however. Joint cell production will be established in the US with Envision AESC to “internalize” this production step. To this end, a new battery production plant will be built in the United States, but a location has not yet been decided.

No, it’s too polarizing for the S-Class.

With the battery plant near the car factory opened in Tuscaloosa in 1997, Mercedes is opening a new chapter in its globalization strategy. Modern and environmentally friendly factories create more jobs in the region. In the future, in addition to the production of drive batteries, Mercedes also hopes to directly carry out battery production in the United States to assume responsibility for this production link. To this end, a separate battery production plant will be established in cooperation with Envision AESC. 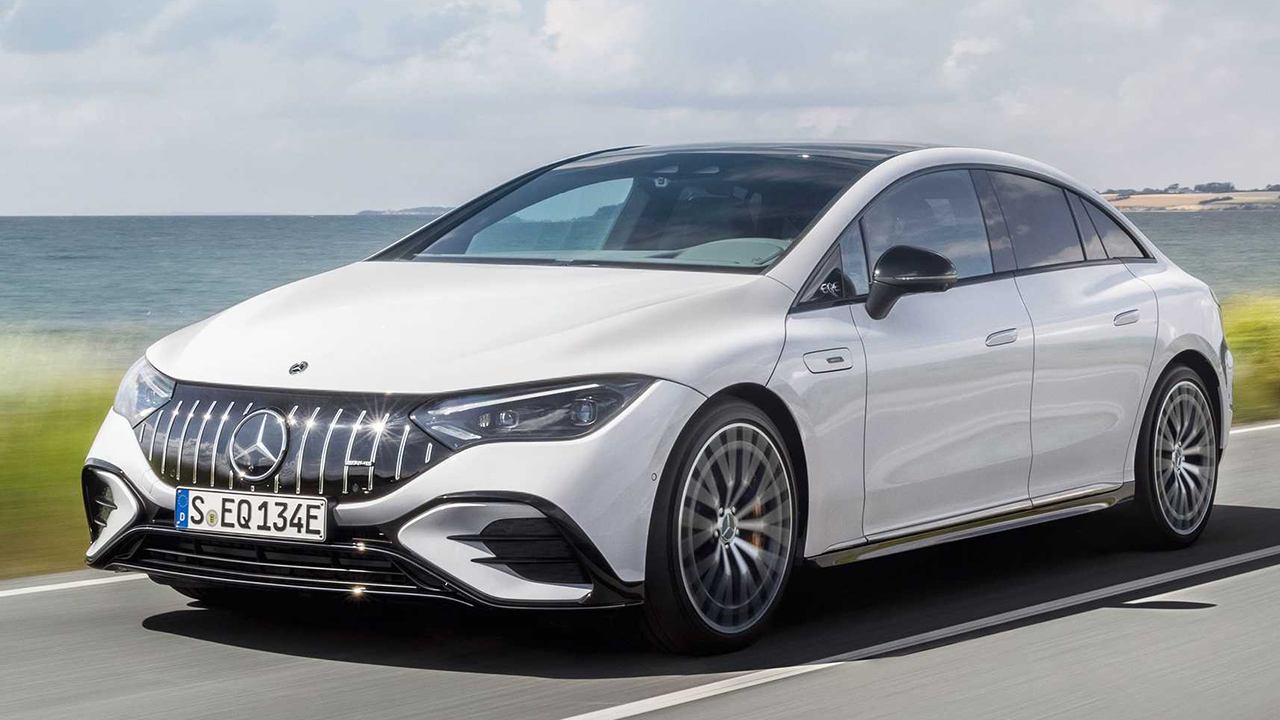 Mercedes in Tuscaloosa: Fit for the future

US new battery factory completed – with more autonomy for the target

Mercedes-Benz to recycle batteries in Germany in the future 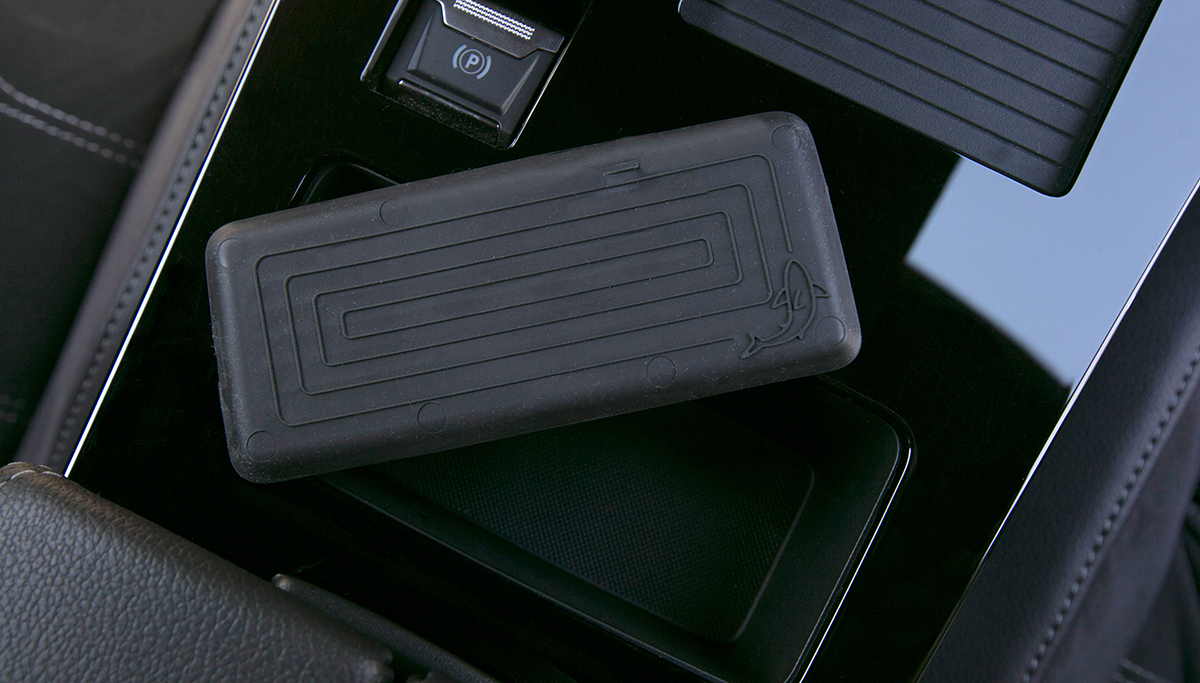