On the basis of the electric MINI Cooper SE, the racing car “Racing MIMI” was created, which participates in mountain races as well as the City Super Rally. It is an original project of a small team of enthusiasts under the supervision of the Romanian branch of BMW-MINI. During the MINI Track Days held in Poland (at the Modlin track near Warsaw), I had the opportunity to get to know and drive this car.

Racing MIMI is a racing car built on the basis of a series car. It is based on the all-electric MINI Cooper SE, which is powered by a 135 kW (184 hp) engine and a 32.6 kWh battery pack. However, several modifications have been made to it, and some of them, in fact, are mandatory preparations for the race in terms of safety:

Of course, the MIMI Racing car has all the active safety systems, such as ABS or ESC disabled, and the brakes are hard and give a sporty feel. Civilian, but still sporty, Michelin Pilot Sport 4 tires, size 205/45 R17, were also used (at least during the presentation to the press).

MIMI Racing participates in short-distance competitions such as mountain races, slaloms and laps. Usually these are races where the distance of one race is no more than a few kilometers.

How is Racing ME running?

Although it may seem that 135 kW (184 HP) is not enough, on a hilly track, and we only drove the car on the beautiful Modlin track, such power is quite enough, especially with a light and compact car like the MINI Cooper. SE. The steering is direct and reacts immediately to changes in direction, very reminiscent of the skill of a go-kart. With the assist systems off, it’s easy to make the MIMI Racing slide on the rear axle by catching the shock in a bend.

The brakes are hard, very sporty and also give a feeling. It is surprisingly easy to use the scale. Of course, its efficiency is very high.

Perhaps the most interesting feature is related to the electric vehicle. It is better to enter the competition with batteries charged more than 90%, which is associated with operation at high voltage, which reduces the temperature of the components and reduces losses. So, after a few cycles, the Competition ME was charged with alternating current (11 kW internal charger), to keep the battery up to ~65% of charge level. The creators say that when driving for 5 km, about 25% of the available energy is used, which translates to an average of ~ 100-140 kWh / 100 km. I would like to remind you that the fuel consumption in the same condition in a combustion car of the same power is 25-40 l / 100 km.

From the issue of refueling between successive climbs (in the case of mountain races), the most important problem that had to be addressed was the cooling of the drive system, especially the battery. After 4-7 kilometers of high-speed driving, the normal cooling system cannot reduce the temperature rise of the battery, which leads to a loss of power at its output. Therefore, the ice cooling system is added, which lowers the temperature of the cold air the whole thing. This allows you to move the overheating limit by 2-3 km. The same “trick” is used in combustion cars to participate in such competitions, they also ignite at a much longer distance than these few kilometers.

As the presentation with the possibility of driving the electric Racing MI took place during the “MINI Track Days”, I could not deny the combination of “electricity” and internal combustion of the MINI Cooper JCW. A little higher power in the combustion engine (231 HP), less weight, but …

In particular: instant access to high torque and usually high power in a very wide rev range (from ~ 55 km / h) on the MIMI electric Racing meant that corner exits were better in the “electric car “. In the case of the internal combustion MINI JCW, for the purpose of driving the car on the ideal range of the track, it was necessary to calculate such open objects in the case of internal combustion cars as the “turbo hole”, the need to reduce or select. correct engine speed. In the case of MIMI Electric Racing, every mistake had a small cost.

Of course, the travel time in the hands of a professional racing driver will be shorter with a diesel John Cooper Works (high power), but someone with less experience can get the same time. An expert will be able to choose the right gear, eliminate the delay caused by the turbo engine, and the maximum power will finally reach the ideal time mentioned above.

Which trip is best for me? The driving experience of Racing MIMI, due to the characteristics of the electric car, was more interesting and gave a higher level of adrenaline. On the other hand, in the MINI John Cooper Works Diesel, I felt a great challenge ahead of me, and this translated into a high level of satisfaction from a well-driven lap.

However, the fact that we are comparing a low-performance electric car with low power to a series combustion car shows the possibilities offered by these MINI sports cars. Go-kart driving is just as fun as above, but with two different flavors.

The team responsible for Racing MIMI – Engage Engineering – announces the replacement of the battery with a newer model, as well as the transition to a higher voltage of the entire system, which will reduce losses. There are also plans to remove the internal AC charger to reduce weight. The power source for the competition will be the batteries used so far, which will enable the team to be independent due to the availability of a relatively high power connection, which is not always available in the field of machines during the competition.

Polk MagniFi Mini AX test. This baby will give you movies in the living room

Test – For long trips you should have a Fiat 500e, not a Mini Electric or a Honda E

Five benefits of switching to an electrician. We take a look at what the MINI Cooper SE can do 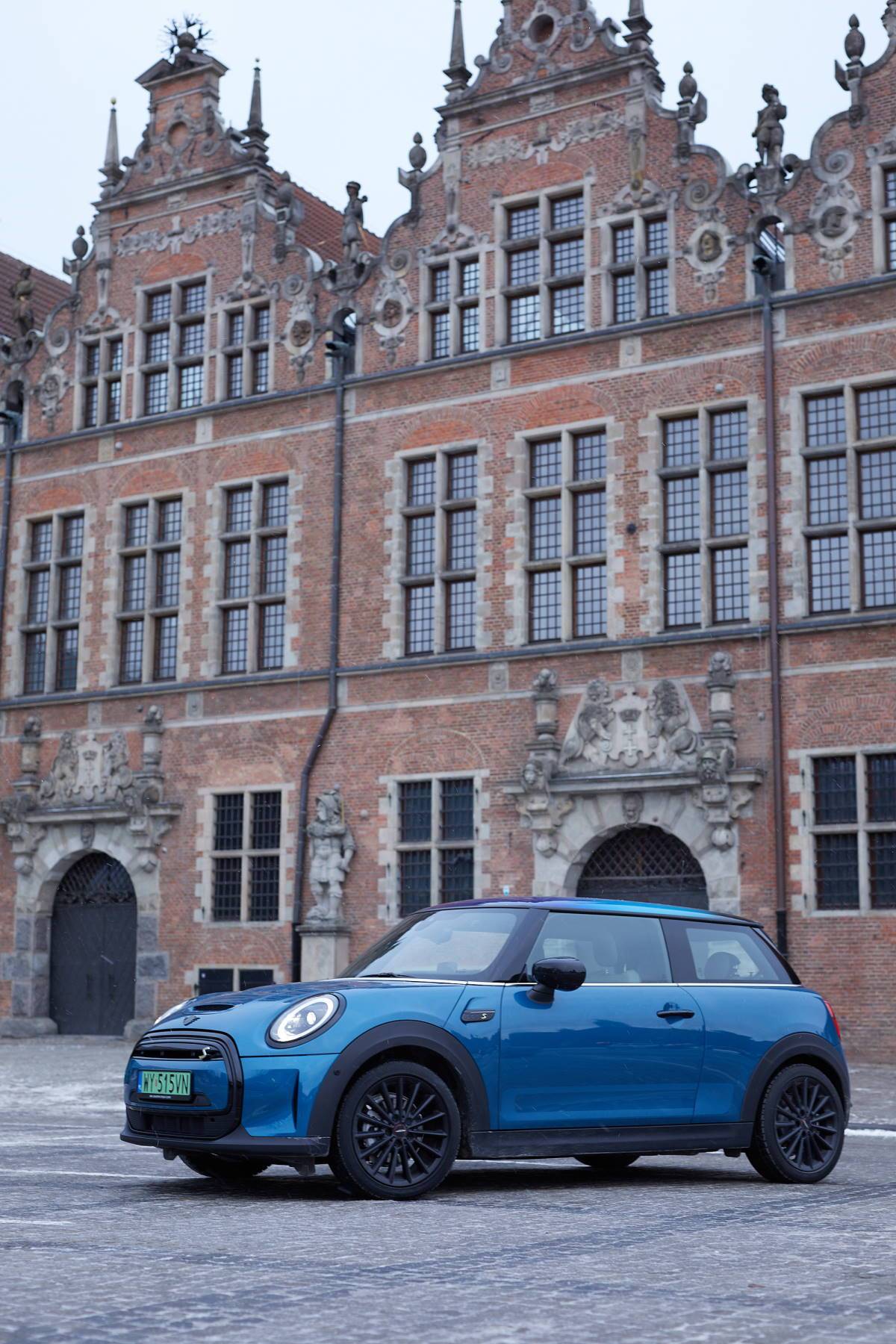 DJI Mini 3 Pro debut! This is a new super light drone for professionals

Porsche congratulates Peter Falk on his 90th birthday. The sports car manufacturer has celebrated more success in racing under his leadership.

Mansory adapts the Rolls-Royce Cullinan to a UAE-specific model

without this Ferrari 288 GTO there would be no F40