Writing about cars is very difficult in our country. After all, all evaluations are made in comparison with competitors. Therefore, we write that the car drives better or worse than others, the driving comfort is better, the equipment is worse, the engine is its strongest point, etc., etc.

The whole thing is complicated by the fact that we have two or even three groups of cars. The first are the so-called “European” cars, which are more commonly known as “quota” cars. The second is Japanese-Far Eastern, or “unbiased” cars, and the third – Polish-Czech-Russian.

So, for example, when evaluating cars from the first two categories, we always have a problem: Japanese cars are more expensive, sometimes even significantly. Mitsubishi Lancer, which we are writing about today, costs in total, even after the combination and customs relief (worth more than 30 million), clearly more than three hundred million.

And what to compare? And a two-liter Vectra? Also with a seat of two liters Toledo? And the Alfa Romeo 155? It doesn’t make sense. Lancer is a car in the class of Opel Astra (sedan) or Ford Orion. This price only! Really, a difficult problem!

Where did Lancer come from?

As you know, Mitsubishi Lancer is a version with a trunk, the most popular Mitsubishi Colt. Many companies, when creating two versions of the same mid-range car, leave as many parts of the body together as possible. The front end is unchanged, the center of the car, the track and the roof remain the same. The changes begin near the rear pillar. The sedan, of course, has longer rear fenders, a boot lid (which is due to the design), but often the rear lights and bumper remain the same or similar to the model without the trunk being extended.

At the same time, Mitsubishi did something completely different. Perhaps the attempt to create two versions of the body from the same material failed. Maybe the Colt-made Lancer wasn’t prestigious enough? After all, the new Colt is a very stylish car, the egg-shaped trinket on four wheels that everyone is looking for. A sedan should be a large car.

Therefore completely abandoning the same procedures as the interior of the car, even the width of the track, ie the floor plate, was changed! In both cars, the front design is completely different (bonnet, fenders, headlights, bumper), and the rear, even apart from the fundamental differences between the hatchback and the sedan, has a completely different character. 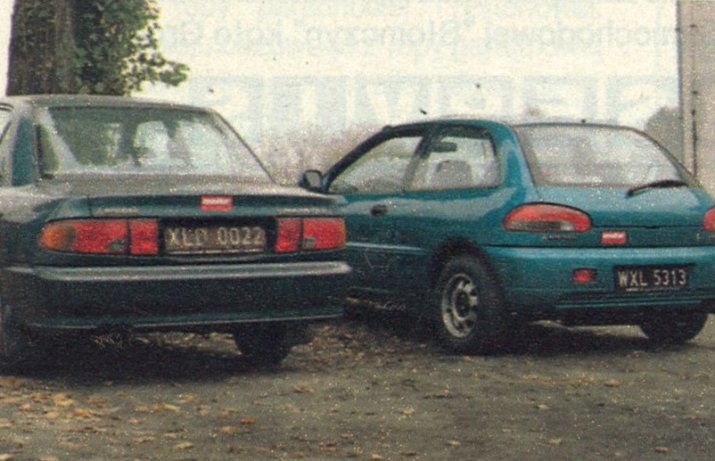 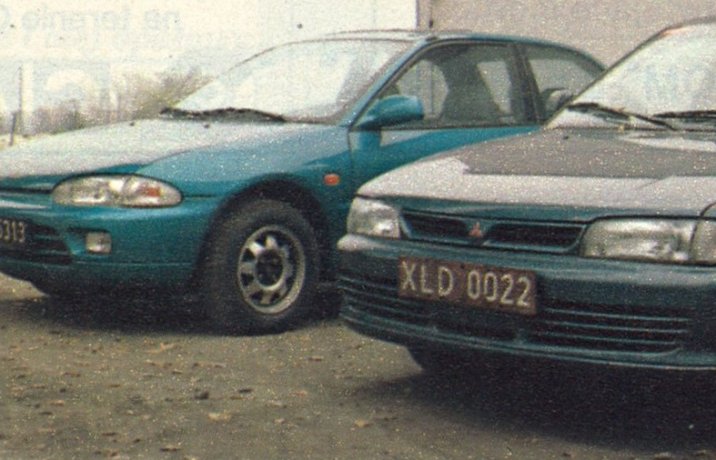 By the way, the Lancer, despite the fact that it does not have a large trunk lid that can be opened by the rear window, can be loaded no worse than the Colt. The cover opens at the bumper line, while in the Colt it starts higher! And the trunk of the Lancer itself is quite large, its capacity is more than 400 dm33 (no accurate data), and can be extended by the position of the rear seats.

As a result, when judging the Mitsubishi Lancer visually, it is completely different from the “sister” Colt. To complicate the matter, I would like to add that there is a Colt version (not available in Poland) with a boot called the Mirage, as well as a five-door Lancer and station wagon!

The model given to us had the smaller (Lancer) engine (1,300 cc)3), while the trim version called GLi suggested some luxury. At the same time, almost everyone going in was of the opinion that they were dealing with the cheapest basic version.

Inside, Japanese gray plastic is everywhere, of good quality, but a little “mousy”. It’s too much, especially on the door. The seats do not stand out in any way: quite comfortable, but with a cheap seat cover, around the sides of the oily cloth and “holding” badly. As a result, you immediately get a feeling of extreme savings. At the same time, looking at balance: there is a central locking, clock, adjustment of the light from inside the car and the length of the seat belts.

As usual in “Japanese” from the inside, you can open the trunk and oil filter. The seats can be adjusted very well, including the height of the driver’s seat.

You can change the angle of the steering column. And something quite unusual in cars of this class (but perhaps common in cars at this price) – steering servo. And it is designed very well, making parking a real pleasure, without interfering with driving at speed. So, really, rich! In all this, then, it is surprising that the rear seats do not have headrests.

Looking inside the engine room, we find a well-developed power unit, although it is small. Three valves per cylinder and modern four-point fuel injection allow good economy (in our test about 8.5 l / 100 km), a very flat torque curve and although high power (75 hp at 6,000 rpm) is not impressive, and. The power unit does not require high-octane gasoline. It is content with lean oil with an octane number of 91. It is a pity that the oil is not sold in Poland, maybe it will be a little cheaper? Of course, the engine is equipped with an exhaust gas catalytic converter.

The driving system we use evoked mixed feelings. Fully functional gear changes, correctly selected gears – these are pluses. But in a car with a mileage of more than 2,000 km, there was a clear play, a lot in the differential (bad knocking when shifting gears and changing the direction of the car), and for the three, occasionally, there was. an effect that indicates a synchronization failure. Were our colleagues from the competitive editorial office driving this car in front of us such killers?

Plus, this can’t work, unless the stiffness of the rubber connections is chosen properly. In practice, it works so well that the suspension can be described as the Lancer’s greatest strength. Excellent driving comfort is maintained, even on potholes and broken surfaces. Handling and holding the road, despite being economical in relation to the weight of the car, very thin tires (155/13) are also at a high level, neutral and smooth.

Back to the tires, the Semperity Top Life used on the car had an unpleasant property. They were loud when driving slowly on asphalt (in the range of 15-60 km / h), which can be clearly seen, for example, when slowing down in front of traffic lights in the city.

In normal use, however, you may not have any resistance to the brakes (disc, front air, rear drum).

In summary, let me use the assessment I heard from one of my colleagues: “polite, but don’t be shy to stand out in the city”. Just to do something else with this price! 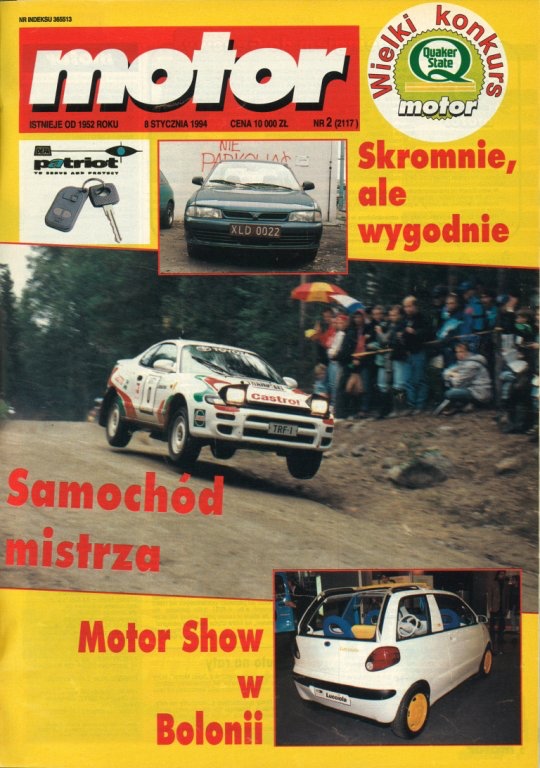 The “Pony for All Occasions” Chevrolet K10 Cube Replica!

Colt for all occasions

Mitsubishi Colt returns as a hybrid of «kleinezeitung.at