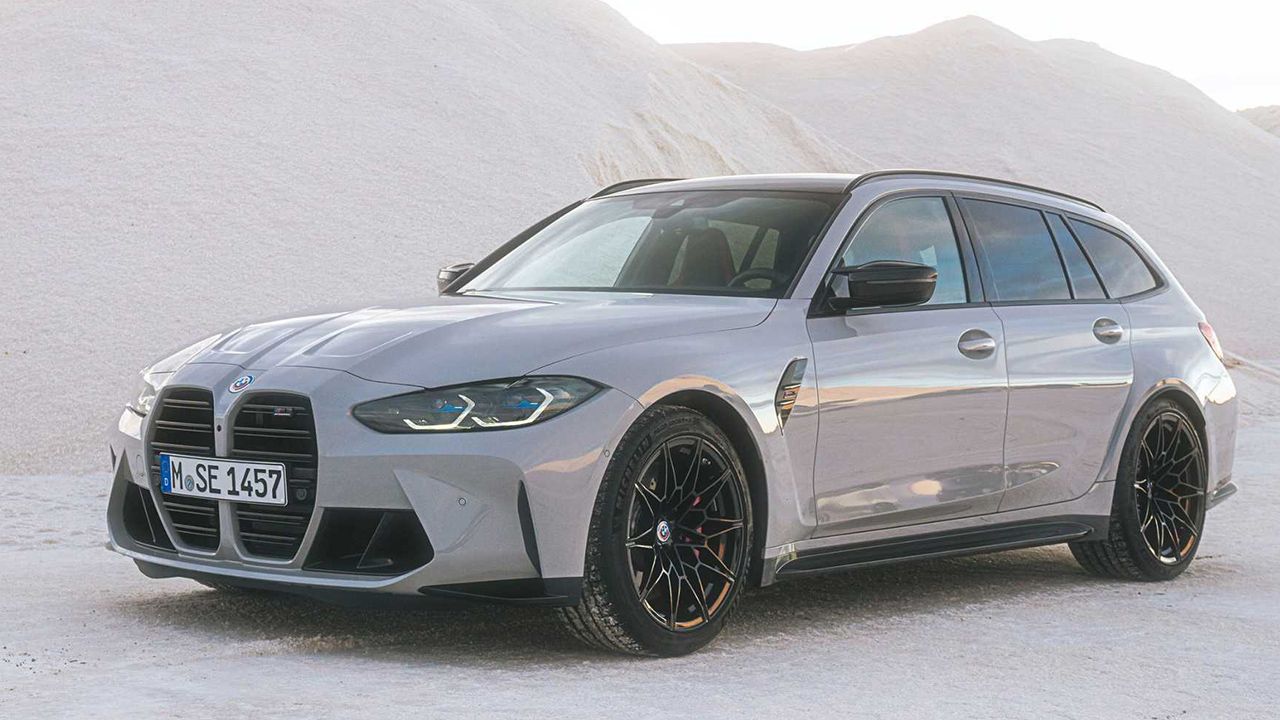 The new BMW M3 Touring has been introduced to the public. BMW M’s new and much-anticipated beast on wheels is now a reality. A vehicle derived from the BMW 3 Series Touring that blends sportiness with a significant degree of utility and adaptability. It has a strong six-cylinder gasoline engine that surpasses 500 horsepower.

The wait has ended. The 2017 BMW M3 Touring has been unveiled to the public after a plethora of spy images, official developments, and even leaks. With the intention of complementing the BMW M3 with a saloon-style body, BMW M’s new and long-awaited beast on wheels roars into the scene. A vehicle with which the BMW sports division continues its 50th-anniversary celebrations.

The first M3 Touring blends the sensation of being in a real sports car with a strong and powerful personality with the even greater utility anticipated of a vehicle of this kind. A model based on the BMW 3 Series Touring that has adaptability, technical equipment, and, most importantly, a mechanical portion. Let’s examine in-depth all of its primary aspects. 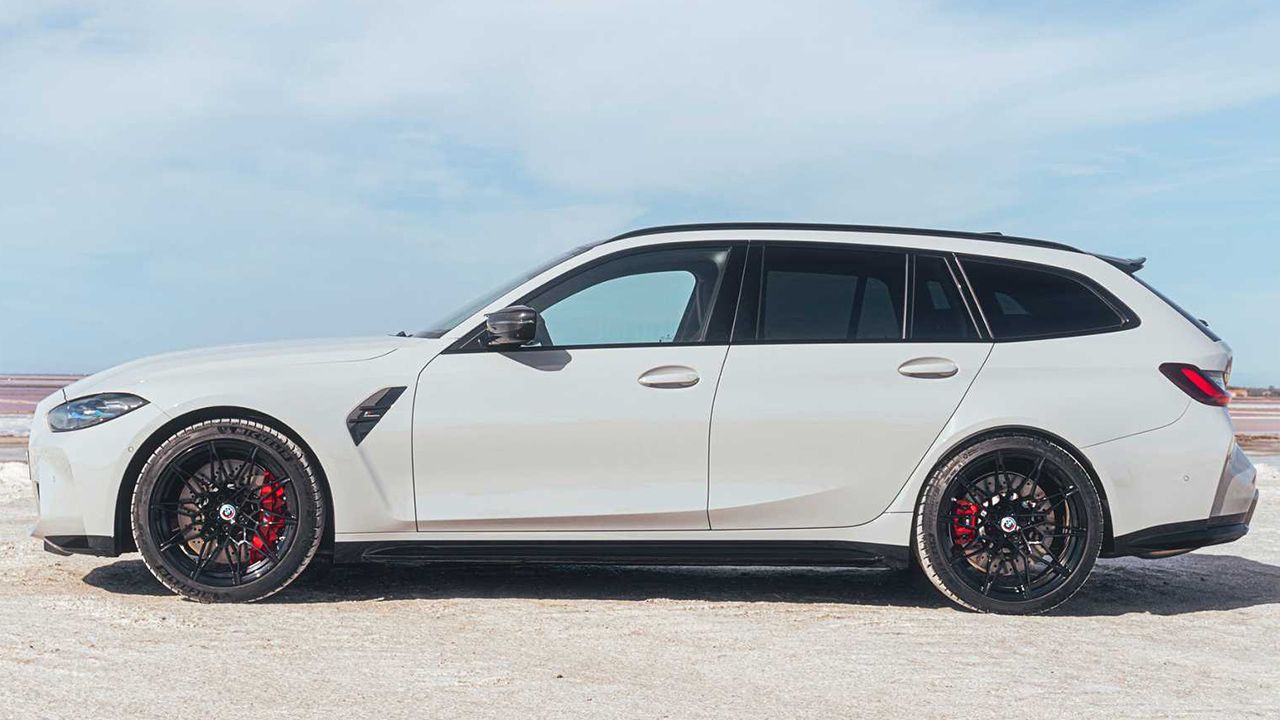 The appearance of the new BMW M3 Touring was designed by BMW.

What distinguishes the new M3 Touring from a standard 3 Series Touring? Take a brief glance at the photographs that accompany this article to determine its most distinguishing characteristics. At the front, the grille is distinguished by the vertical placement of the BMW kidneys without a frame. Large side air intakes and styled headlamps flank a grille.

The side perspective of this new model reveals its inherent beauty. We have powerful wheel arches and side skirts that are noticeably enlarged. Also notable are the M gills on the front wings and the 19- and 20-inch forged M light-alloy wheels. Wheels displaying the usual M Compound brakes. M carbon-ceramic brakes and circuit tires are available as an option.

Finishing our external tour at the back, the most notable features are without a doubt the rear bumper and the sports exhaust system with four nicely fitted outlets. Additionally, the rear lights feature a horizontal and somewhat wraparound design.

The appearance of the anticipated BMW M3 Touring

We can confidently state that the new M3 Touring is well-served in terms of personalization. Regardless of the outside color selected, a roof of deep glossy black will be present. Roof rails and Gurney airflow profiles installed on the rear wing are painted the same color. The roof may be completed in the body color as an option, and the M Carbon Fiber Exterior Package is also available.

If we disregard the outside and enter the cabin of the new M3 Touring, we are immediately surrounded by a sporty and luxurious ambiance. Technology is everywhere. Standard equipment includes the new BMW Curved Display. The combination of a 12.3-inch digital instrument panel and a 14.9-inch screen for the entertainment system. In addition, a Head-Up Display with M-specific information is available as an option. Android Auto and Apple CarPlay both provide mobile device integration.

The innovative interior design of the new BMW M3 Touring.

While BMW M was responsible for developing the new M3 Touring, the 3 Series Touring’s practicality was maintained. The rear seat backrest is splittable in a 40:20:40 configuration. The trunk has a capacity of 500 liters. This number may be increased to a maximum of 1,510 liters.

The list of available driving assistance systems is exhaustive. It features a frontal collision warning, a speed limit indication with an overtaking prohibition signal, lane departure warning, parking distance control, cruise control with Stop&Go function, recognition of traffic signs, and an assisted reverse, among other technologies.

Regarding the mechanical portion, the “heart” of the new M3 Touring can be found behind the hood. It is powered by a 3.0-liter inline six-cylinder M TwinPower Turbo gasoline engine that produces 510 horsepower and 650 Newton-meters of peak torque. The engine is coupled with an M Steptronic eight-speed automatic transmission with Drivelogic and an M xDrive all-wheel-drive system.

The new BMW M3 Touring is propelled by a 510 horsepower gasoline engine.

The gearbox features three shift programs and gearshift paddles mounted behind the steering wheel for operation. The active M differential is linked to the rear axle and integrated with the all-wheel-drive system. To improve traction, the power distribution to all four wheels adjusts according to the driving circumstances. 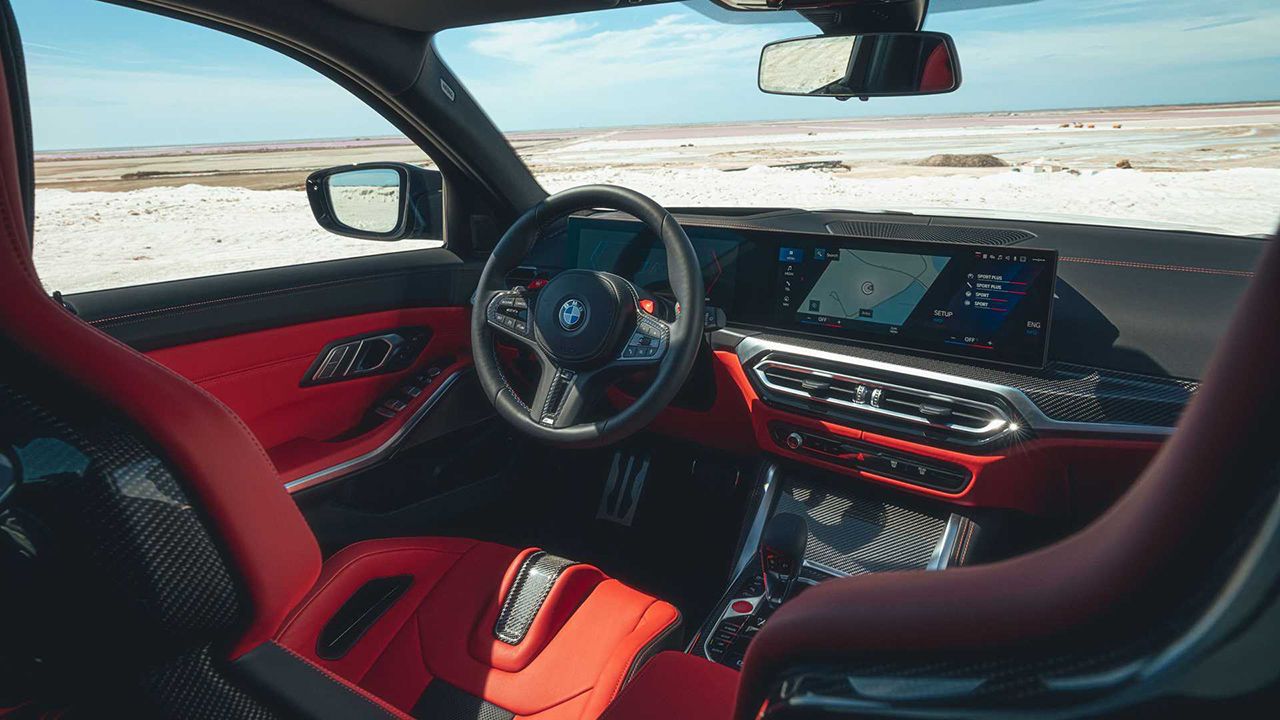 This mechanism enables the new BMW M to accelerate from 0 to 100 kilometers per hour in 3.6 seconds. The race from 0 to 200 km/h takes just 12.9 seconds, and the peak speed is 250 km/h. A max speed that is electronically restricted and may be raised to 280 km/h if the M Driver’s package is installed. Based on the WLTP cycle, the average fuel consumption is 10.4 to 10.0 liters per 100 kilometers and the average CO2 emissions are 235 to 229 g/km.

The new M3 Touring’s M-specific exhaust system with electronically regulated throttle valves is a further intriguing element. In addition to the standard setup of the all-wheel-drive system, the driver may choose the 4WD Sport mode to direct the majority of power to the rear axle. If the Dynamic Stability Control (DSC) is off, the 2WD mode will be engaged. In other words, we will face a rear-wheel-drive system.

Date of release and cost of the new BMW M3 Touring

When will it be available? BMW has announced that orders for the new M3 Touring will begin in September of next year. That is a few months before its commercial introduction. It will make its debut during the 2022 Goodwood Festival of Speed, which will take place in June.

The serial manufacturing process will begin in November of next year. Consequently, it will arrive in showrooms as a 2023 model. Alongside the BMW M3 Sedan, the new M3 Touring will be constructed in the BMW Group plant in Munich, Germany. It is uncertain at this moment what its pricing will be. We may use the current M3’s starting price of roughly €115,000 as a point of reference.

BMW: Steps to update the structure of the 2022 summer season 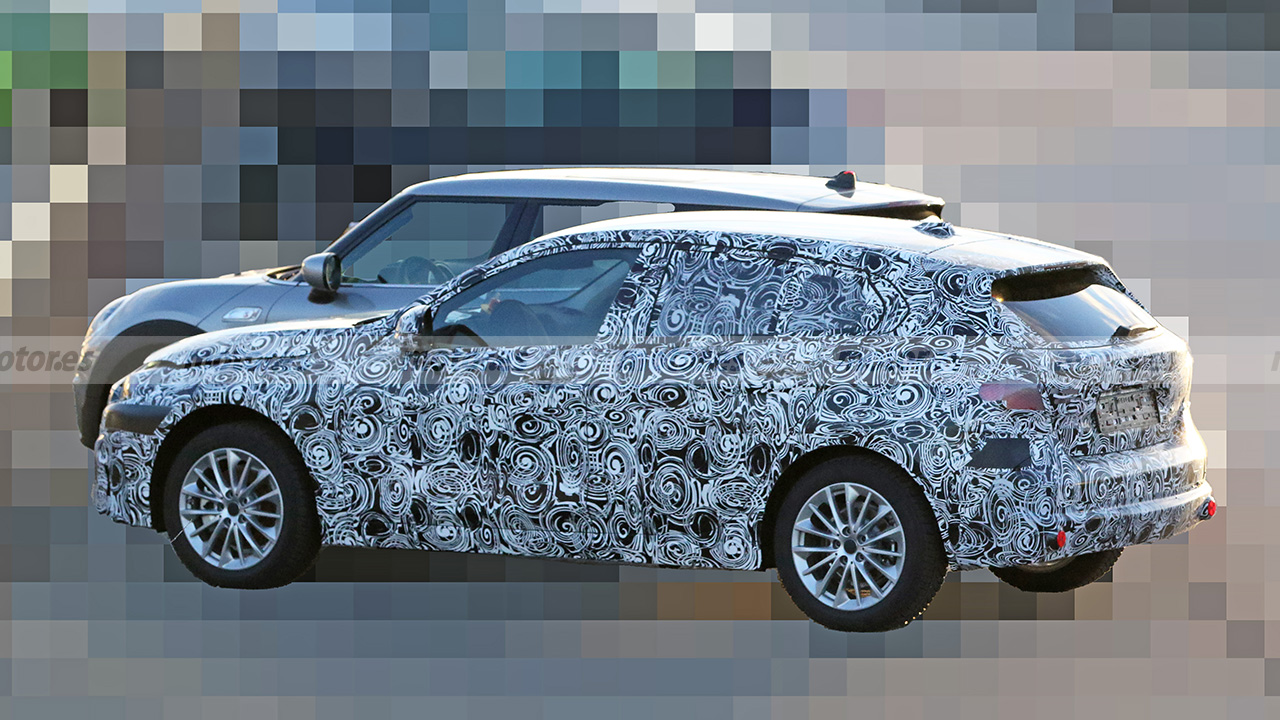 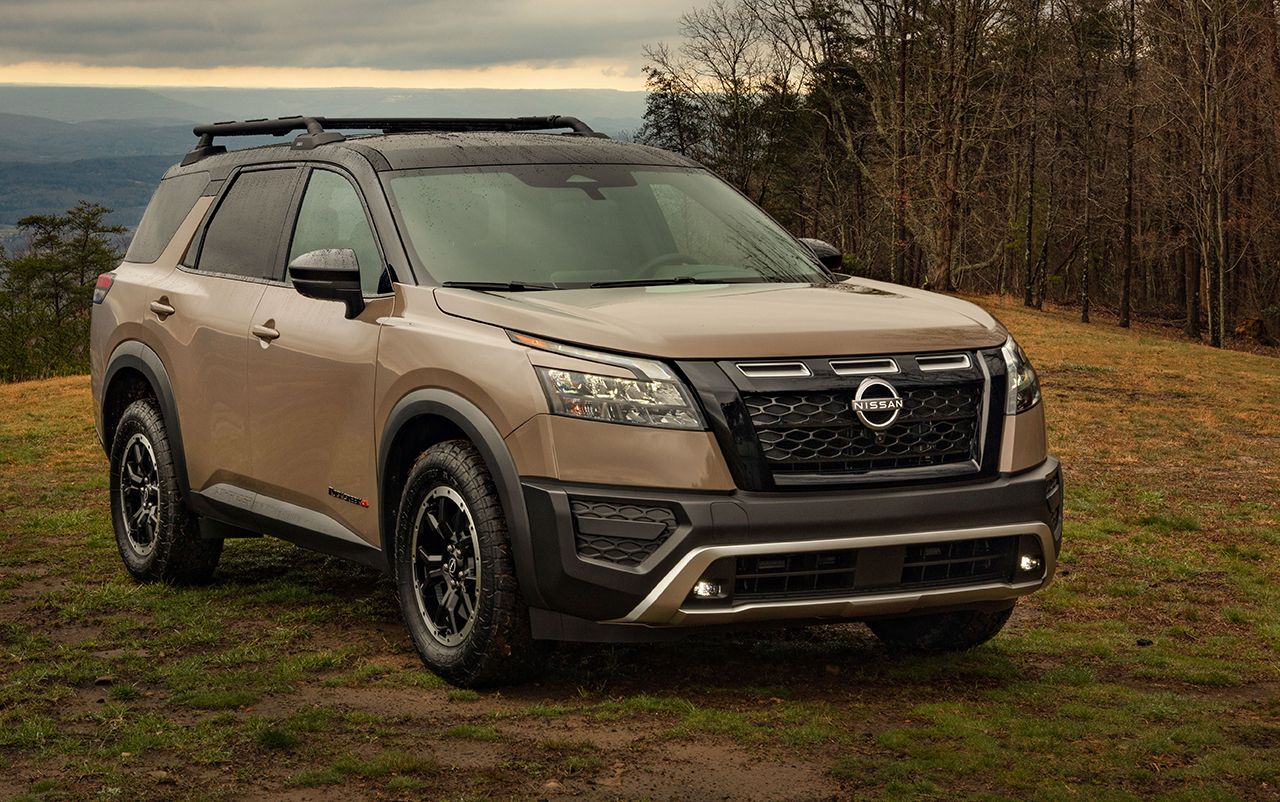 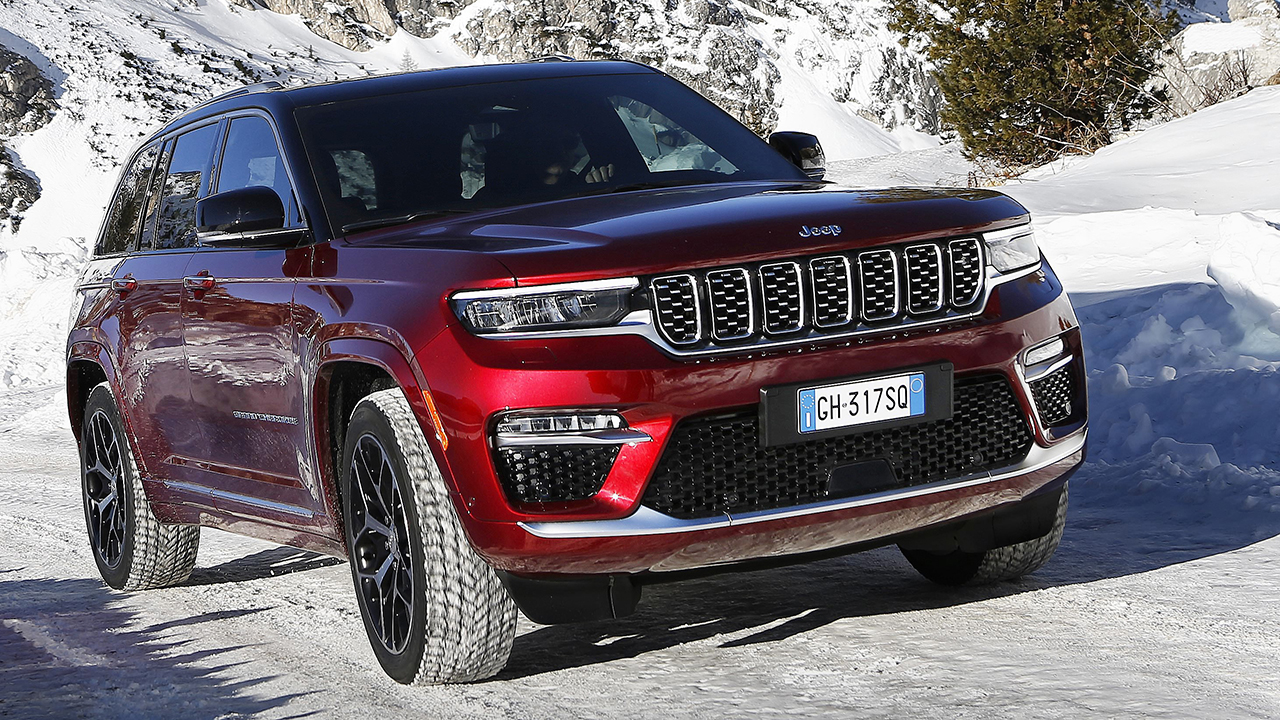