The Detroit Motor Show becomes a real Mustang festival, Tesla lays out its plans for Grünheide and Maserati shows official photos of the new Gran Turismo.

As you may have noticed, the Detroit Auto Show has begun. Or should we say the Mustang festival? Because around the premiere of the seventh generation of the horse car, all other NAIAS innovations fade into the background. This is not only because of the car itself, but also because of the complex strategy of the manufacturer: Where others would only show the basic model for the first service, Ford knocked everything – well, at least a lot – out: a coupe and a convertible with a four-cylinder engine eight, Dark Horse variants as legitimate track tools and, to top it all off, racing offerings for every kind of program and sport imaginable. And even better: Since my colleague Gregor Hebermehl is on site in Detroit, you can find out in his articles how the new Mustang feels in its various forms.

ask your editors every morning
topics of the day plus: commented and classified

Terms of use must be accepted to receive the newsletter.

Don’t miss anything and register now! 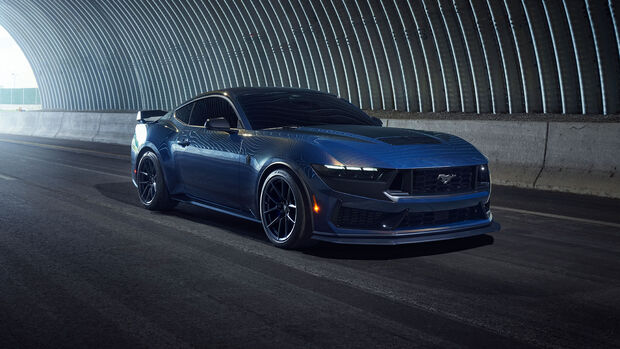 Tesla has been avoiding auto shows for years. Very, very little bother! Instead, Elon Musk and Co. currently they prefer to build car factories and gigafactories where suitable battery cells are manufactured. Both were originally intended for the Grünheide area; the boss of Tesla himself wanted to build the world’s largest battery factory there. But as with Musk’s announcements: They last until the next announcement of grants worth billions. Because it will soon bloom in the United States, the “Gigafactory Brandenburg” project is currently on hold. We’ll tell you the background here – and we’ll also take this opportunity to present all the factories in Germany and Europe where electric car batteries are (or will be) manufactured.

This magazine started in America and ended in America. And what’s more American than a muscle car from Dodge, chasing the quarter mile with a thick V8 and a powerful acoustic accompaniment? The thing is, the days of the Challenger and Charger as we know them are numbered; The future of Dodge muscle cars is electric. However, only from 2024. Until then, the American manufacturer will be shooting one V8 villain after another, similar to the slogan: Soon we will save so much CO2 that we can blow even more into the atmosphere today! The last special series of muscle cars pays homage to the V8 supercharger to an almost religious degree, the recently presented representative delivers 818 hp and a maximum of 959 Newton meters. Are you curious? Here we present all previously known special examples of “Last Call” based on Chargers and Challenges.

That is why Volkswagen does not believe in electronic fuel

MSI Infinity – a new series of computers for demanding gamers