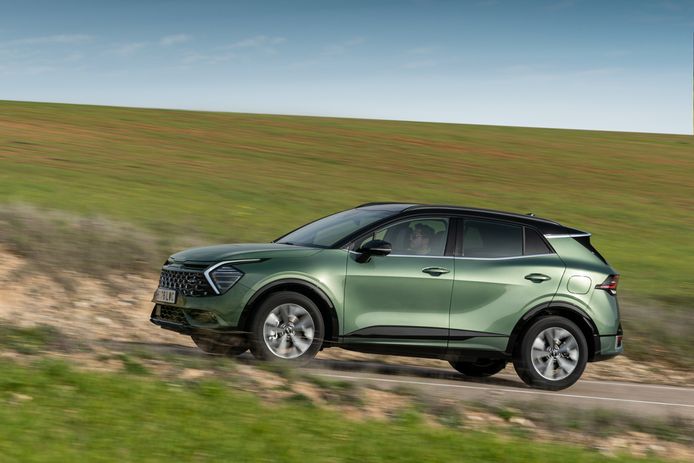 The KIA Sportage, one of the most popular SUVs on the market, receives a new generation. His transformation is dramatic, and not just on the surface. We have already tested it and will report back to you on our findings.

The KIA Sportage has risen from obscurity to become one of Europe’s best-selling SUVs. The newest version, the fifth generation of this best-selling model, was recently unveiled. Although the Sportage is considered a recent vehicle, few are aware that its origins precede the SUV boom. The first version was launched in the 1990s and was based on the Mazda Bongo of the time. That first interaction had little effect in our nation, but when new versions became available, sales soared.

The fourth generation established a high standard, and the question on everyone’s mind is simple: will this fifth edition improve on previous editions’ figures? If there is one thing I like about Asian companies, it is their fearlessness. European manufacturers, particularly German manufacturers, are averse to major design changes. That is not the case with the new Sportage, which bears no resemblance to the previous model. It makes no difference how you look at it, from the front, the back, or the side… The collection of novel components is limitless. 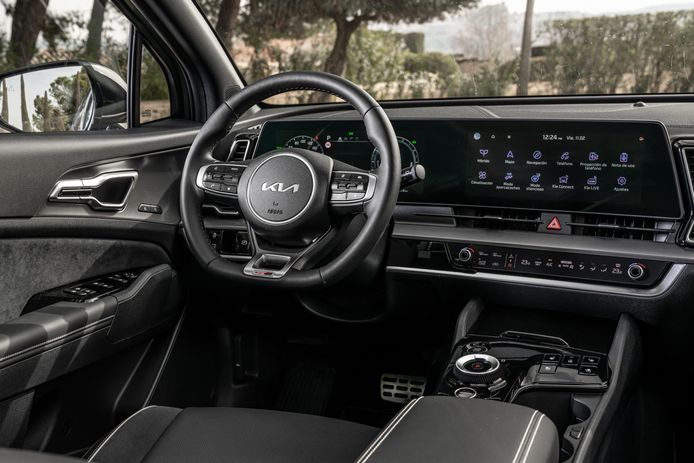 The resources and information would need the creation of a dedicated page on the topic. Each time you look at it, you see something new. There is no question that it will get considerable attention on the street, but this will be especially true for the most comprehensive variants of the range, as well as the most costly, where the GT-Line finish with its stunning paintwork should be accentuated. features a contrast top, chrome accents, and up to 19-inch wheels.

Its dimensions remain almost same, yet this is a brand-new vehicle from top to bottom.

The back is as amazing, albeit not as startling. All focus is on the headlights, which are connected by a black mask that does not illuminate, and the massive tailgate, which conceals a very spacious and well-used trunk. The current model offers a variety of trunk capacities, ranging from 526 to 591 liters depending on the mechanical version and traction system. Significant increase in comparison to the preceding generation.

This is not the only dimension that has changed in comparison to the previous model. The Sportage continues to expand, whilst maintaining an appropriate size within the C-SUV sector. Its revised dimensions are 4.51 meters long, 1.86 meters wide, and 1.64 meters high, with a 2.68 meter wheelbase. Within the Korean family, we find the KIA Sorento at the top and the KIA Niro, KIA X-Ceed, and KIA Stonic at the bottom.

KIA altered the platform but left the interior dimensions largely unchanged. It has, however, made more effective use of the figures. The back seats are really comfortable. The space available to medium-sized passengers is rather considerable, with enough room for the legs and head. Occupants above 1.85 meters height may not move as freely, although they are nonetheless pleasant. Of course, the breadth does not seem to be optimal for three adult travelers, despite the nice seats and many embellishments.

Details like as the USB ports and ventilation outlets serve as ideal entry points into a remarkable front section of the vehicle’s presentation, a region that is very similar to the KIA EV6 that we previously discussed. KIA does not take a step ahead, it makes a gigantic leap in technology . The range is divided into four equipment lines: Concept, Drive, Tech, and GT-Line. Its standard finish has an 8-inch touchscreen entertainment system, LED headlights, a parking camera, dual-zone temperature control, and other driving assistance.

However, this is merely a sampling of what may be included. Panoramic roof, heated and ventilated front seats, leather upholstery, digital instrumentation and a 12.3-inch dual-panel multimedia system, three-zone climate control, keyless entry and start, 360-degree camera, Android Auto, Apple CarPlay, and all the security deployment and assistants associated with level two autonomous driving. 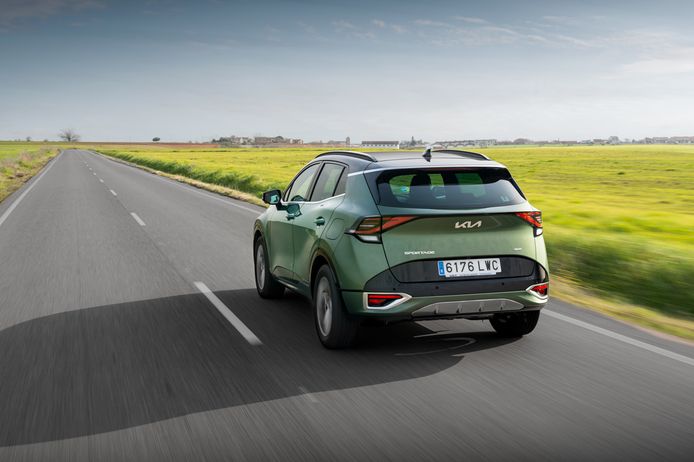 There is no question that technology plays a significant part in the interior, yet few criticisms can be leveled at the presentation. KIA made excellent material selections. Soft, pleasant-touch surfaces contribute to a better feeling of perceived quality. Additionally, the ergonomics are excellent, including aspects such as the multichannel module that we saw in the EV6. The only thing that is “different” is the driving posture, which is unusual at first but quickly becomes second nature (it is not like the Peugeots).

The mechanical component has been a focal point of this new version of the Sportage. KIA has a diverse range of engines, the majority of which are electrified: Mild-hybrid, hybrid, and plug-in hybrid vehicles equipped with the ECO and ZERO designations. The plug-in hybrid engine produces between 116 and 265 horsepower. Depending on the mechanics selected, we will have front-wheel drive or all-wheel drive systems with manual or dual-clutch automatic transmissions as standard on hybrids and the most powerful models.

Mechanical variability enables Kia to provide a distinct Sportage for each consumer. From those seeking a basic gasoline or diesel engine to those worried about pollution and want to transition to more electric transportation, there is something for everyone. The hybrid is a successful wager. It has a gasoline engine and an electric motor that combined produce a maximum of 230 horsepower. It also features a tiny battery with a capacity of 1.49 kWh that allows us to travel a few kilometers without using fuel.

The most powerful vehicle is the plug-in hybrid, but it is also the most costly. In that instance, we’re talking about 265 horsepower and a 13.8 kWh battery pack that enables you to ride entirely on electricity for perhaps 50 or 60 kilometers. It’s essential to keep in mind that optimizing the performance of a plug-in hybrid necessitates charging the battery. The Sportage’s low-power feeders, rated at up to 3.3 kW, enable it to fully recharge the battery in around three and a half hours.

Microhybrid variants are a well-established option. They provide an extra electrical system that has a little impact on driving and consumption, but enables them to get the ECO label, which is particularly valuable when moving into the more prevalent anti-pollution protocols. And since I’m on the subject of consumption, let me state that official figures indicate an average of 4.9 to 7.1 liters per 100 kilometers, with the 1.6 CRDi diesel engine being the most efficient, followed by the conventional hybrid.

When it comes to driving, I have to acknowledge that the Sportage has improved in terms of composure and ride quality. You can see a more mature and well-built vehicle. We are not talking about a particularly passionate SUV here, but it fulfills all reasonable expectations, prioritizing comfort above everything else. KIA provides a variety of driving modes for its 4×4 models, both on asphalt and in the field. In the field, we’ll be constrained by extremely discrete off-road measurements and ordinary summer tires.

I got the chance to try the hybrid during the presentation, and the feelings could not have been better. The ride’s smoothness obtains the highest rating. Because almost little noise is conveyed to the passenger compartment, it is possible to travel at high speeds without experiencing the feeling. Additionally, it has the essential responsiveness to easily overtake or restart from a standstill, and as a result, as I previously said, it is one of the winning bets in this new generation.

All of the new KIA Sportage’s enhancements have had an effect on the retail price. We are no longer discussing that inexpensive SUV, but it cannot be claimed to be unduly pricey in light of today’s automobile costs. The KIA Sportage starts at 23,500 euros, incentives and discounts included. The hybrid starts at 31,450 euros and goes up to 31,450 euros with incentives and discounts. The price of the plug-in hybrid has not yet been confirmed, although it is estimated to be in the region of 40,000 euros.

KIA and the Sportage have made a quantum leap forward, enhancing the vehicle in every aspect: design, habitability, technology, mechanics, and driving. It should, therefore, be at the top of the success charts month after month, with its twin brother, the Hyundai Tucson. It will not be simple, given the sector’s most recent revisions have been excellent: the Peugeot 3008, Citroen C5 Aircross, and Volkswagen Tiguan are its primary rivals.

A hybrid of the Kia Sportage plug-in in the driving report: was seized instead of overtaken

do you love him or hate him 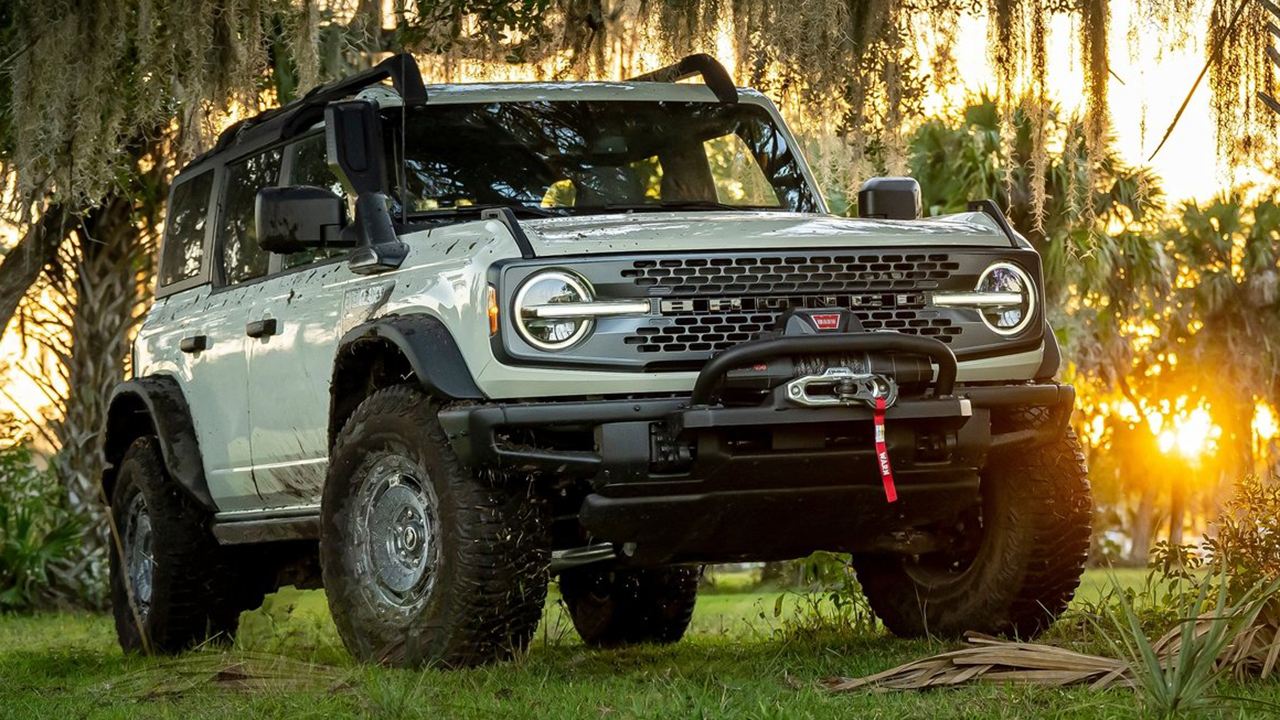 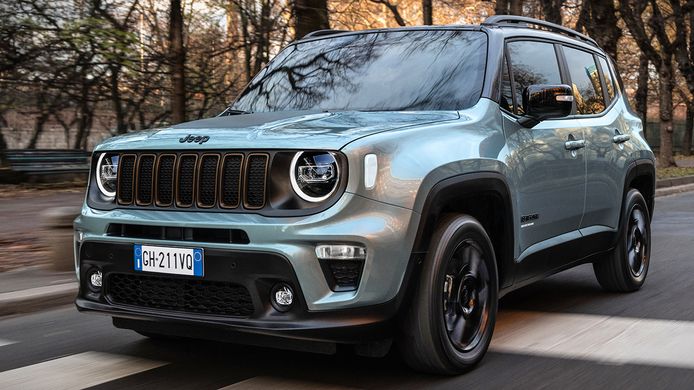