Nio intends to produce another sedan after the ET7, this time a lower-priced, smaller vehicle capable of reaching larger quantities. The upcoming Nio sedan, codenamed “Nio ET5”, will compete with worldwide mid-size electric vehicles such as the Tesla Model 3 and Mercedes C-Class EV (Mercedes EQC car), both of which are scheduled to arrive in 2024. The BMW i3 is another contender that is slated to debut in China in 2022 as a conversion EV, followed by a worldwide standard BMW i3 sedan in 2025.

The 2022 Nio ET5 is a sporty fastback car with similar proportions to the Nio ET7. The flowing sedan’s front end is flat and futuristic, with dual-beam vertical headlights, distinct dual-bar daytime running lights, a concave snout, and a trapezoidal lower grille.

The ET5 has flush door handles, strong hips influenced by the EP9, and sharp creases. It has the ET7’s crystal-like heartbeat taillight and a more sporty diffuser-style bumper at the back. At the top, similar to the ET7, the ET5 has a roof-mounted LiDAR sensor. 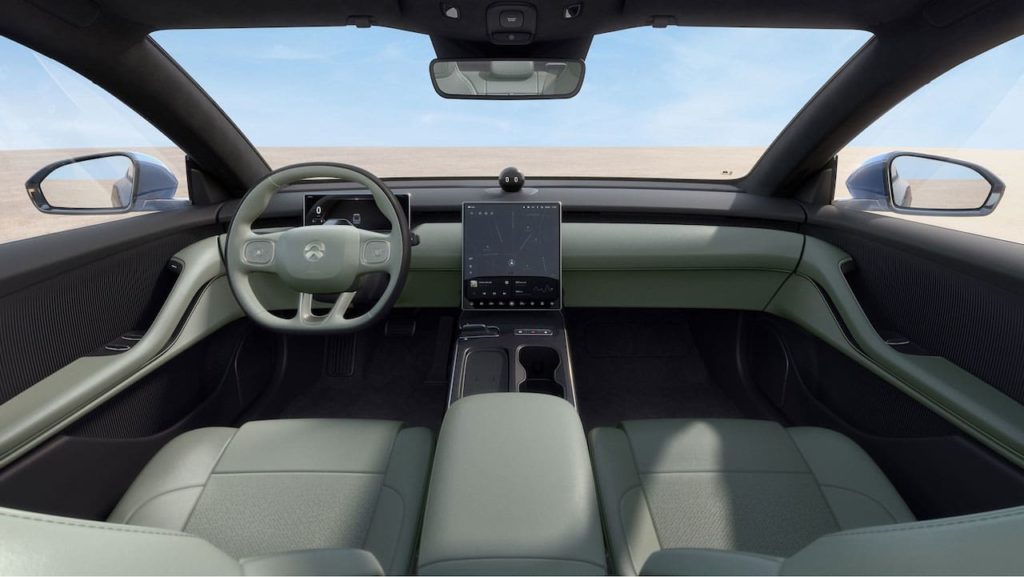 Inside, the instrument panel and center console continue the ET7’s modern design theme, attempting to emulate the living room’s mood. Invisible air vents contribute to a neater interior appearance as compared to standard cars. The digital UWB key simplifies and expedites the process of entering the vehicle.

PanoCinema utilizes augmented and virtual reality technology to display information that may be seen using Nio’s unique augmented reality glasses. PanoCinema has an effective screen size of 201 inches and a maximum projection distance of six meters. The inside of the ET5 also has a Dolby Atmos 7.1.4 surround sound system, 256-color curtain ambient lighting, and a 10.2-inch HDR instrument cluster.

The new electric vehicle is capable of self-driving on motorways, in metropolitan areas, in parking lots, and at battery charging stations. To access the autonomous driving capabilities, customers must pay a monthly membership charge of 680 CNY (95 EUR).

Nio is aiming for C-NCAP and EuroNCAP five-star safety ratings. The rollover rating of the ET5 is believed to be higher than the NHTSA’s five-star standard of 1.7. Tesla began employing the new massive die-casting method with the Model Y this year, and Nio aims to follow suit in 2022.

According to the manufacturer, the ET5 includes an integrated cast rear floor, which reduces the vehicle’s mass by 30% and frees up 11 liters of trunk space. The ET5 has a torsional stiffness of 34,000 Nm/degree.

The ET5 accelerates from 0 to 100 kilometers per hour in under 4.3 seconds. At a distance of 33.9 meters from 100 km/h, brakes with in-house designed 4-piston fixed calipers made of cast aluminum bring the electric car to a halt. Nio will offer the ET5 with battery pack choices of 75kWh Standard Range, 100kWh Long Range, and 150kWh Ultralong Range, providing ranges of over 550km, 700km, and 1,000km, respectively. 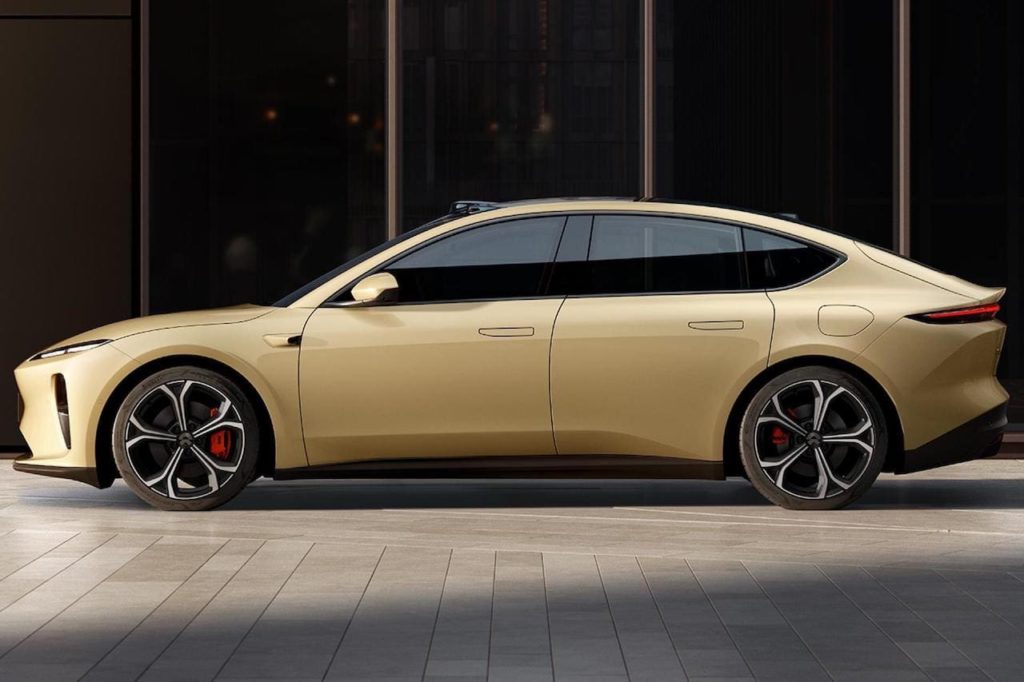 Nio acquired 100,000 pre-orders for the ET5 according to Chinese media. According to CnEVPost on Dec. 22, 2021, Ma Lin, the company’s senior director of corporate relations, has refuted that Nio disclosed such material.

The Nio ET5 is expected to overtake the Nio ET4 as the brand’s best-selling model. According to Business Insider, Edison Yu, a Deutsche Bank analyst, anticipates Nio to sell 65,000 copies of the ET5 by 2023. Yu’s research implies that a Nio MPV in the Lexus LM design is also in the works, to follow the volume-generating midsize car, but Nio has made no mention of joining the MPV category.

The Nio ET5 is made in Hefei, China, at Nio’s manufacturing plant. The first ET5 prototypes went off the production line on January 23 for validation and testing. Nio seems to be on track with the ET5, since prototypes were shown less than a month and a half after the ET5 was announced. 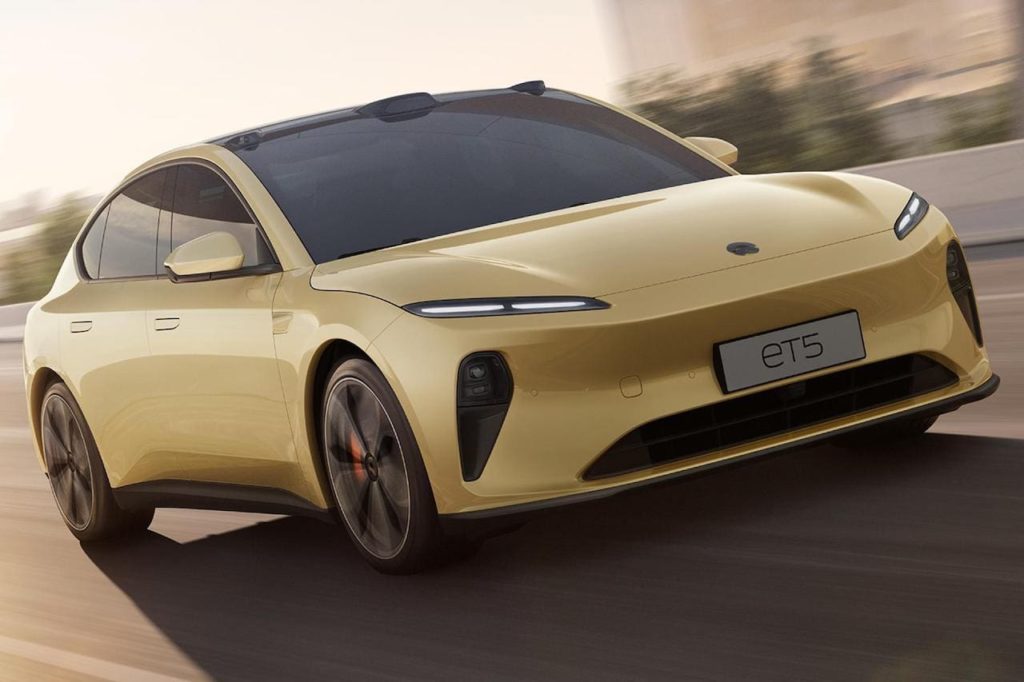 Nio’s goal for the future is to complete the “Validation Build” phase, which improves the manufacturing line process, evaluates the vehicle’s functional integrity, and certifies vehicle performance to guarantee that buyers get a well-finished product. Prior to this Validation Build procedure, Nio completed the “Confirmation Build” phase, which, according to local accounts, simplifies and streamlines editing and assembly.

Nio and the Hefei municipal administration also announced the building of another facility named NeoPark in Hefei on April 29, 2021. The brand is now constructing equipment at the new facility, and the first pilot vehicle, most likely the ET5 or ET7, is scheduled to roll off the assembly line in the second quarter of 2022, followed by a production model in the third quarter of this year.

Audi took on Nio in court and won – Observer

Between Nio and Audi, the endless war