Creative e-POWEThe Nissan R electric train will soon be available in the new Nissan Qashqai. With this enhanced power train, the model is once again in the forefront in the cross section that Nissan created with Qashqai.

The Nissan Qashqai will be the first model in Europe to be available with the e-POWER power train. This operating technology is characterized by a unique electrical installation technique to make daily trips fun and efficient. Nissan is the only manufacturer of e-POWER technology. The technology is part of Nissan’s Intelligent Mobility strategy.

With the introduction of the innovative e-POWER system in the new Qashqai, Nissan is bringing its pioneering spirit further into the Crossover segment. Customers will enjoy the normal operating conditions of the EV, but without having to worry about charging. The introduction of e-POWER is an important step in Nissan’s electricity distribution strategy, said Guillaume Cartier, Nissan AMIEO regional chairman.

A Nissan study shows that European Crossover drivers make up more than 70% of their travels in urban and suburban areas. It also appears that consumers often feel compelled to make concessions on safe driving when choosing an environmentally friendly car. The e-POWER system confirms otherwise.

This driving system is designed specifically for the needs of European drivers and combines efficient fuel efficiency with a good measure of the comfort of electric driving. To achieve this, two Nissan technologies have been brought together: battery and engine technology and combustion engine with different compression ratios. e-POWER is an excellent driving technology for drivers who do not have time to charge the battery with a charging cable, or simply do not want to, but who drive daily in urban areas and want to take the first step in the field of electric driving.

The entire e-POWER system has a powerful battery, a 1.5-liter three-cylinder turbo compression engine, generator, inverter and electric motor comparable in size to Nissan 100% electric. The gasoline engine is responsible for generating electricity. Depending on the situation, the power is stored in the battery, sent directly to the electric motor, or both are supplied electronically at the same time. An important feature of the e-POWER system is that the electric motor is the only source of power connected to the wheels. As with most electric vehicles, the Qashqai e-POWER reacts instantly and in line with acceleration pedals.

This makes Nissan e-POWER an attractive alternative to traditional hybrid cars. The new Nissan Qashqai e-POWER system is designed to provide a fun, easy and smooth experience of driving a complete electric car, but without the need for charging.

The e-POWER driver technology was first introduced in Japan in 2017 in the Nissan Note. A year later, this short family car became the best-selling car in Japan.

To meet the needs of European consumers in their daily trips, the e-POWER system in Nissan Qashqai has been radically modified. Unlike the Nissan Note e-POWER with a 1.2-liter three-cylinder petrol engine and a 95 kW (127 hp) system output, the Qashqai e-POWER has a 1.5-liter three-cylinder engine with turbo and different compression. . The power of this gasoline engine is 115 kW (156 hp), the system output is 140 kW (188 hp).

The advantage of the e-POWER system is that the gasoline engine operates within the rev rev quality and pressure ratio, resulting in exceptional fuel efficiency and lower CO2 emissions compared to conventional power trains where the combustion engine runs straight wheels. In addition, the engine is also more refined thanks to the less engine noise.

Because the wheels are driven exclusively by an electric vehicle, maximum torque is available immediately from the stand and there is no delay in accelerating pedal movement. A custom hybrid vehicle may need to reach a certain speed to respond to input from the acceleration pedal. This can lead to a delay in response. The instant response of the e-POWER system provides a unique and exciting driving experience in all operating conditions.

Power from a gasoline engine can be stored in a battery or sent directly to an electric motor. For high performance when accelerating or when driving at high speeds, the electric motor receives power from the gasoline engine and battery at the same time, which also explains the high power of the system. During stopping and slowing down, the kinetic energy is restored and stored in the battery to increase efficiency.

We know that prospective Nissan Qashqai e-POWER customers make about three-quarters of their travels in urban and suburban areas. That is why we have created an e-POWER system in such a way that it works as efficiently, effectively and efficiently as possible in those conditions. In addition, there is no compromise in driving performance. The answer when pulling is an immediate thanks to the electric car for the wheels. There is also no disruption during acceleration due to the lack of a gearbox, said David Moss, Senior Vice President, Regional Research and Development at Nissan Europe Technical Center.

The core of the unique Nissan e-POWER system is a 1.5-liter three-cylinder gasoline engine specifically designed for this program. A special feature of this engine is that the compression ratio is variable. Depending on the engine load, this ensures excellent performance and exceptional efficiency. The first Nissan engine with different compression technology, which started in 2018 in the model of the Nissan subsidiary Infiniti, was named one of the ten best engines in the world by the American automotive consultant wards.

The pressure ratio in this combustion engine varies between 8: 1 and 14: 1. This is achieved by an actuator that adjusts the length of the piston stroke according to the load, or power requirements.

In low-energy operating conditions, such as high-speed battery-powered batteries, the pressure ratio is at higher frequencies for better fuel consumption. When there is a high demand for power to charge the battery or to start the electric motor directly, the low pressure ratio is turned on to increase the power of the combustion engine. The transition between different compression ratios is completely seamless and without driver insertion.

The e-POWER system in Qashqai is a unique Nissan technology that puts the efficiency and comfort of driving first in the driving experience. When designing the European market system, we decided not to consider the handling of the Nissan Qashqai e-POWER. Our technology offers the best of both worlds and represents the best of Nissan’s bold, basic and innovative while introducing a driver, added Moss.

A key element in the development of the e-POWER system for Nissan Qashqai was to create an integrated driving experience, where the speed of the gasoline engine remains based on the speed of the driving vehicle. Engineers from Nissan Technical Center Europe (NTCE) in the United Kingdom and Spain worked together to develop a system called Linear Tune.

This function gradually increases the speed of the gasoline engine during acceleration, so that the engine sounds match the driving performance of the occupants. Many drivers find it frustrating if the engine speed increases suddenly without increasing speed. The Linear Tune system on the Nissan e-POWER electric train prevents this situation.

Similar to Nissan LEAF, Qashqai e-POWER drivers also benefit from a new one-way driving experience called e-Pedal Step. This makes driving in urban areas with a lot of start-up / stop traffic exhausting, as the driver does not have to move his foot frequently to drive the brake pedal and brake pedal. The e-Pedal step allows the driver to accelerate and slow down by simply clicking on the acceleration pedal.

The e-Pedal step must be activated via a switch on the center cone, after which the car accelerates normally when the stimulus pedal is pressed, but also the brakes when the acceleration pedal is released. When the throttle is released, the Qashqai e-POWER drops to 0.2g enough to allow the brake lights to glow at the speed of crawling. Thus, the e-Pedal Step also ensures smooth parking operation at low speeds. Experience shows that drivers quickly adapt to this new mode of driving, intuitive and less demanding.

The new e-POWER electric train for Nissan Qashai is supplied with a 1.3-liter hybrid engine, which is available in two power variants: 103 kW (140 hp) and 115 kW (158 hp). Both versions ensure power performance as well as low consumption and delivery values.

The third generation Nissan Qashqai remains true to its original formula: attractive design, excellent on-board performance due to intuitive technology and operation that are excellent and exciting.

We think customers will be pleased with Nissan’s confidence e-POWER technology and electric train, without having to worry about diversity. It is a driving training that they enjoy driving and that helps to make their daily lives green. Overall, Qashqai e-POWER will appeal to customers who are not yet ready for all electric vehicles, but who want to drive carefully and enjoy the exciting experience of EV driving, concludes Arnaud Charpentier, Regional Vice President, Product Strategy and Price, Nissan AMIEO region.

Information on the price and possible storage of the Nissan Qashqai e-POWER will be shared soon. 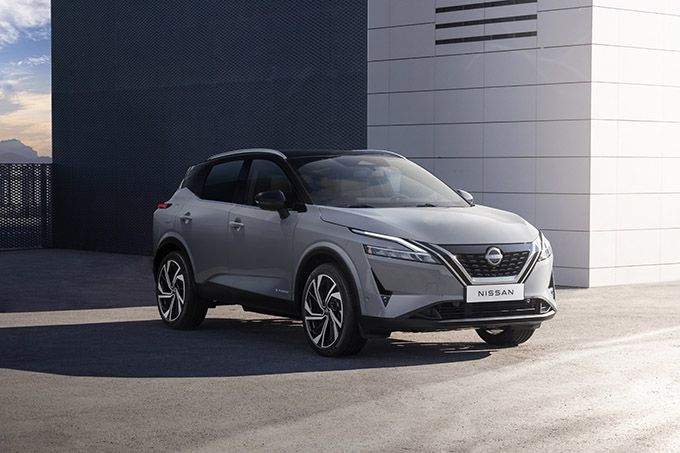 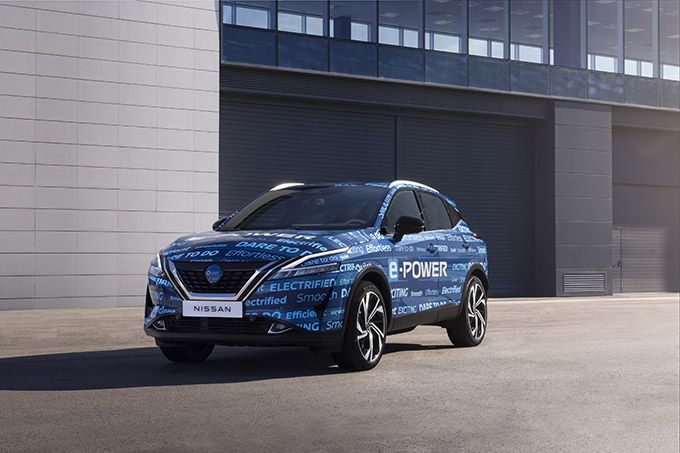 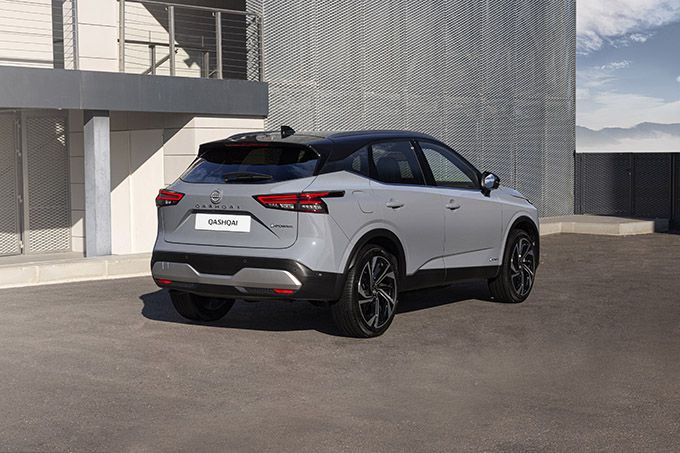 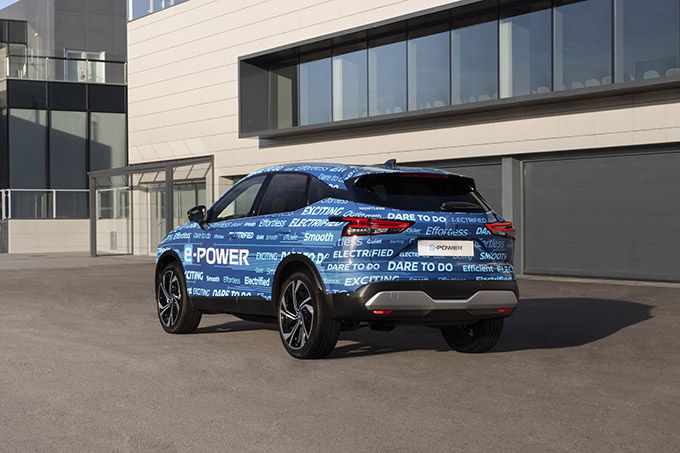 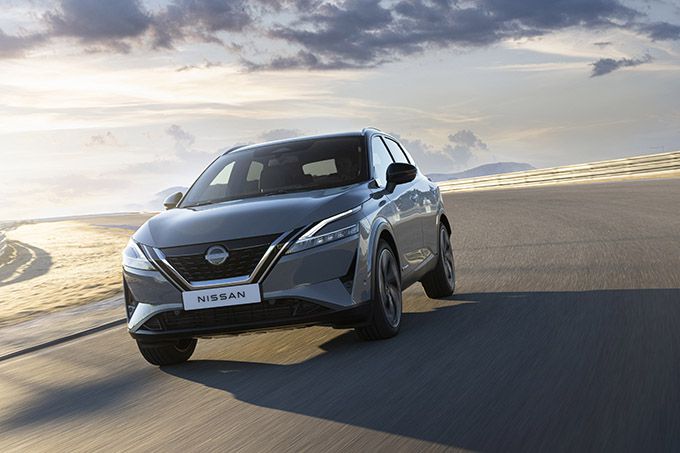 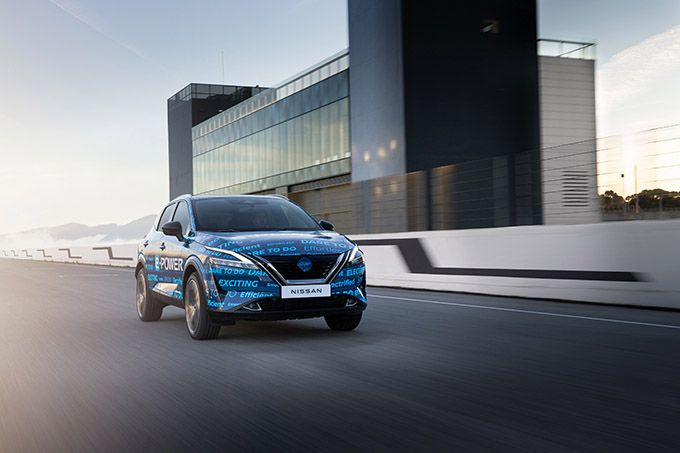 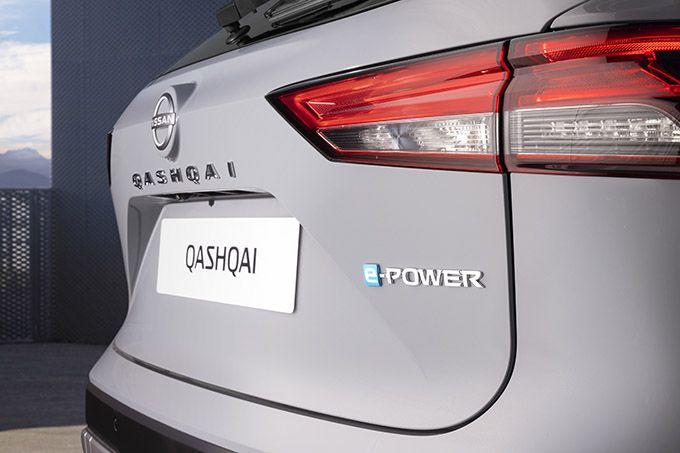 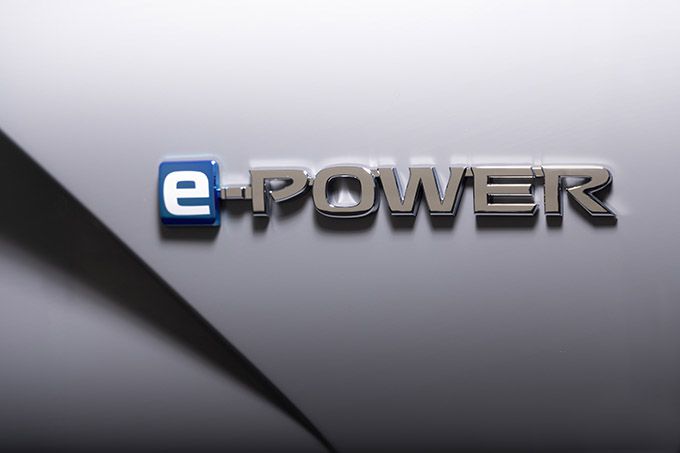 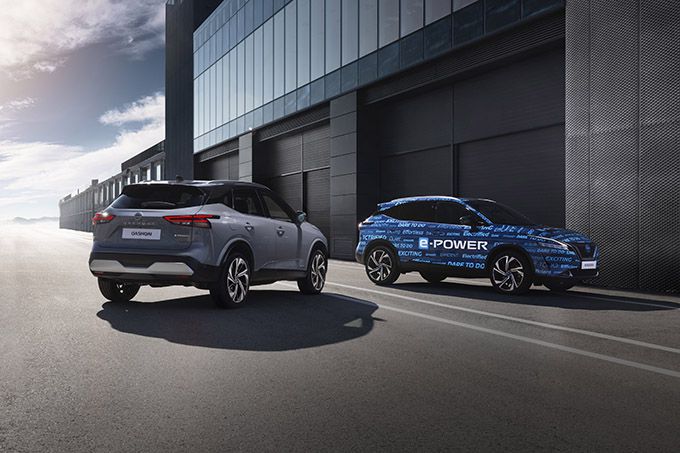 Smart shopping on the Polish Internet. How do local users behave?

This is the Cadillac Escala Concept

Volkswagen and Porsche: How the new boss Blume Wolfsburg is excited