Polestar continues to work to gain market share, and after the introduction of Polestar 3, the time has come the first Polestar 2 model. In fact, the car has recently arrived in Italy, but it has been present in other markets for a long time, and there was a need to bring the model according to the stylistic choice of the brand, an opportunity also used to introduce important technical innovations.

The front of the car now hugs SmartZones was introduced with the Polestar 3, where important driving assistance features reside, such as camera and medium range radar. Another exciting novel is about i 20″ forged wheels from the Performance Packageupdated and more similar to those of the big sister.

As mentioned, the innovations are also technical, with improved and revised engines. Single-engine cars tend to be rear-wheel drive, a solution that achieves better performance and greater range. The rear electric motor is a permanent magnet, with a new silicon carbide invertera combination that significantly increases the efficiency of the system.

There are also new features for four-wheel drive versions, including torque ratio balanced to provide a greater sense of rear-wheel drive. In front, the support motor is of asynchronous type. Also in this case the power increases. 310kW versus 300kWand also torque, 740 Nm versus 660 Nm. To improve efficiency even more, The front motor can be separated, and is instantly reactivated when more power is requested. Finally, the Performance pack brings power to a maximum of 350 kW and 4.2 seconds of acceleration from 0 to 100.

The power source is also responsible for significant changes. Long Series Versions sets new 82 kWh CATL battery, with 27 modules, while for Standard Frequency the capacity remains at 69 kWh, with 24 modules, provided by LG-Chem. The chemistries have been improved, contributing to better reloading performance. More powerful batteries now they support up to 205 kW DC, while the standard ones go up to 135 kW. 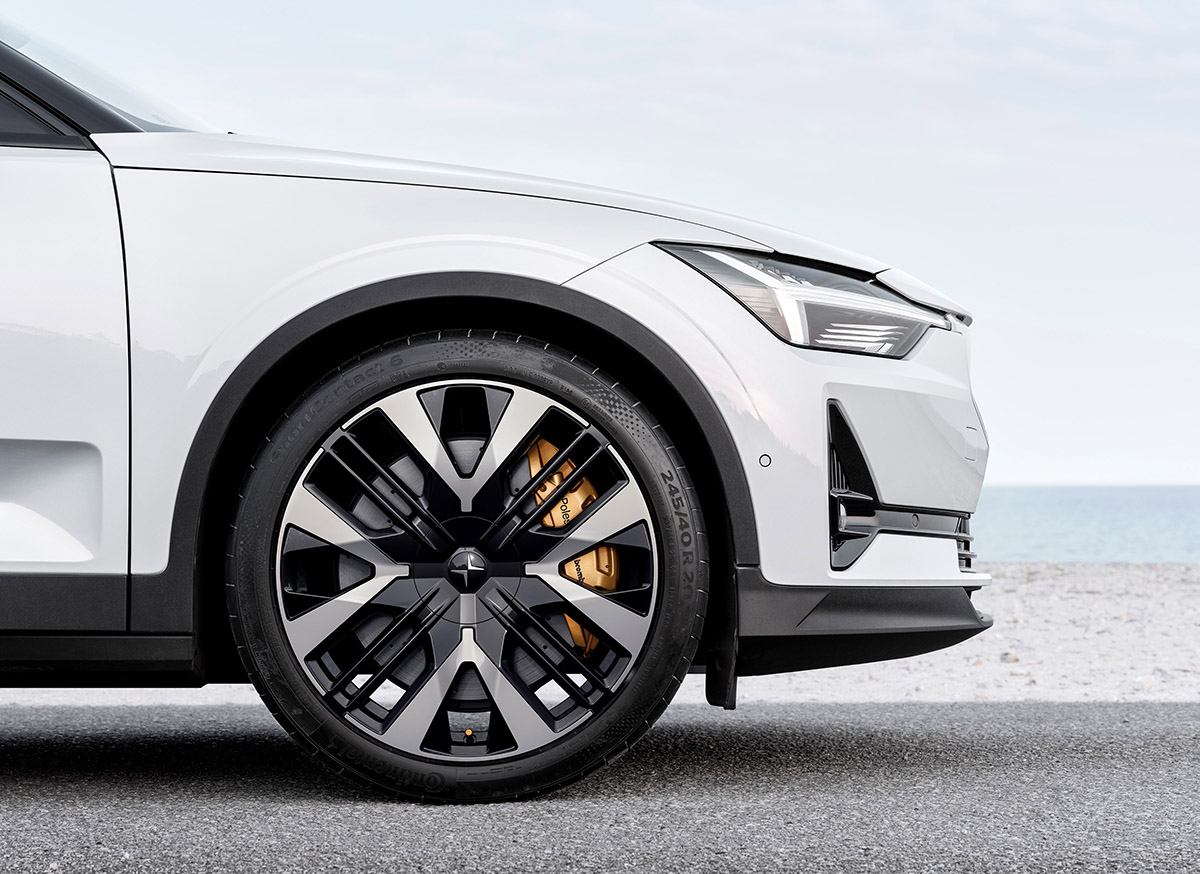 Better efficiency and improved chemistry therefore also mean greater freedom. For two Long Range engines the value is now there 592km per charge, 105 km more than the previous model. Of course, single-engine cars are also improving. There are 40 kilometers more to the Standard Range than now 518 km longLong run time with one motor combination 635 km long84 more than before.

The final touch is about technological devices, with more common devices. Driver awareness features are now standard, including a Blind Spot Information System, with steering assist, Cross Traffic Alert with brake assist and Rear Collision Warning and Mitigation, as well as a 360-degree surround camera and auto-dimming door mirrors. A wireless cell phone charger also comes standard on all versions.

Polestar 2 MY24 will be available to order from 28 February 2023with first deliveries scheduled for the third quarter of 2023. It starts with the single-engine Standard Edition, priced at 55,800 eurosto then go to Long Range, always one engine, to 59,300 euros. A bigger battery plus two motors increase the price a 63,300 eurosto get the top of the range, Long Range, two engines and the Performance Package, which costs 69,800 euros.

“The Beast” by Polestar: The Beast in an electric car

Polestar 2 hit home, but Tesla is being sued