Renault R5 TURBO 3E was supposed to be a tribute to Renault 5 Turbo 1 and Turbo 2. From the outside, the inspiration is very clear.

Concept has the same shape of the hood, cabin or door. Other references are also not missing, such as the Turbo 2 air intakes on the rear fenders.

The air intake in the front bumper, which is part of the cooling system and also improves downforce, is reminiscent of the Turbo 2. We also have square fog lights. Continuity can also be seen in the name.

Three in the name means that the concept is a continuation of the classic “five” in the Turbo 2 version, not just its tribute. However, in the case of this concept, one cannot talk about retro only. Rather, it is a reinvention of the past.

The body of the concept is made of carbon fiber. Lighting – in LED technology. An air intake in the engine cover hides the battery charging port cover. 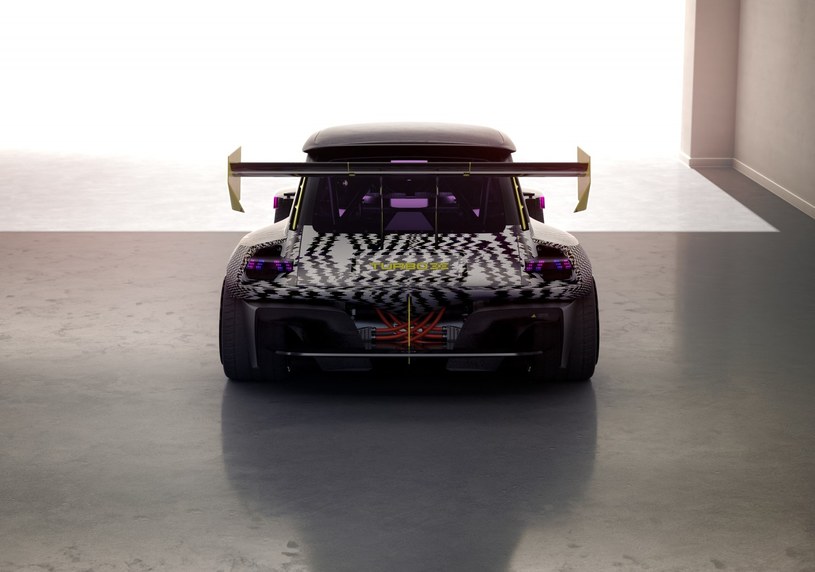 The body of the Renault concept is made of carbon fiber.
/Renault /media equipment

Vintage recycling has also made its way into the car. Renault R5 TURBO 3E (as indicated by the letter “E”) is an electric car.

And not only that. With such legendary ancestors, the idea also had to be a sports car. And it’s true. Electric drive is transferred to the rear wheels and two electric motors are located at the back. The concept has a total power of 380 hp and 700 Nm of torque. From a standing start, the car can cover 100 meters in 3.5 seconds. The maximum speed is 200 km / h.

The whole car is almost immersed in the atmosphere of the 80s and video games. For example, blue, pink (1980s colors) and yellow headlights and taillights create lines that shine and sparkle when the car is swerving. Video games were also an inspiration for body coverings.

There are also references to the 80s and video games in there. The yellow and pink features are missing from the seats and dashboard. An illuminated Renault logo appears on the right side of the steering wheel. All color accents are used in contrast to the black cork floor and Alcantara, which covers the upper part of the dashboard, as well as the door panels. 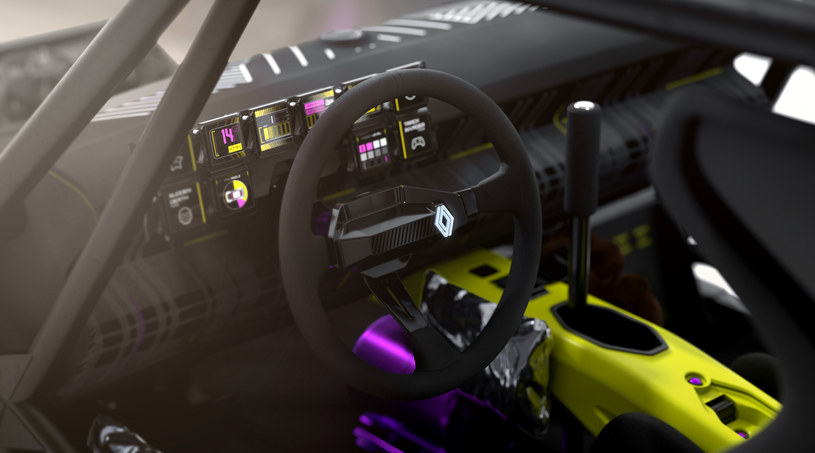 Instead of ten analog clocks behind the wheel (known from the Renault 5 Turbo 2), the Renault R5 TURBO 3E has digital screens for the same numbers. It works as a widget and displays messages in a way inspired by 80s pixel art and video games. Renault also had fun with “sporty” names for various car functions. For example, if you want to start the car, you will not find the “Start” button. We have “free play” for it. 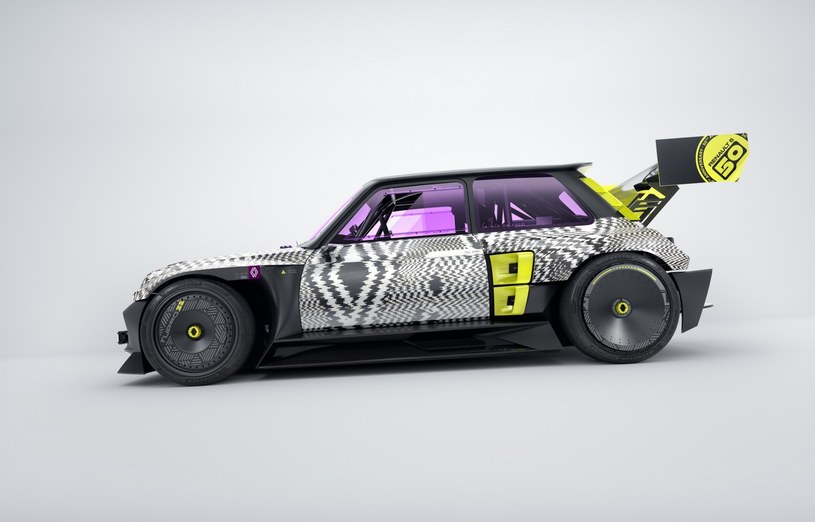 Not only that, the Renault R5 TURBO 3E will have twice the standard. Its digital copy will exist in the world of online games based on “Web3”, a decentralized network, where online services and platforms use models based on blockchain technology.

The world premiere of the Renault concept will take place in just 3 days, on September 25, during the Chantilly Arts et Élégance 2022 competition, and from October 17 it will be presented at the International Motor Show 2022.

Renault 5 Turbo will return? The announcement of this concept warms the fans of the brand

The slowest cars you can now buy new in the Netherlands

Peugeot is the king of the car industry in Malta. You will find more cars here – Francuska.pl – Dziennik Motoryzacyjny

Have you failed? On the contrary. We test the sporty and ecological Volvo V60 T8

Why do these Goodyear F1 tires have a mysterious N symbol?