After Seat, which joined the portfolio of the Centrale Automobile Chérifienne (CAC) brand in April 2021, it is the turn of Cupra to strengthen the ranks of Moroccan motorists. A brand whose management staff has high expectations for commercial development, especially in the payment segment.

It is only a matter of days, but the CAC will formalize with great fanfare, through an evening of celebration worthy of the name on February 2, the grand launch of the Cupra brand in the Kingdom. However, at the beginning of this local launch, Cupra Morocco had taken care last December to invite a few journalists and other local influencers specializing in the car to make a trip to the brand’s fortress in Barcelona. It is enough to allow them to learn more about Cupra’s new ambitions on Moroccan soil, but above all, to discover the world that the brand attracts, the values ​​that it promotes in the market, especially in terms of performance and pure mobility, the position it shows in relation to competition and variety of cars that depends on withdrawing from the game.

In launching the Cupra brand, Seat has clearly implemented the same strategy adopted by some competitors; for example such as Citroën, Fiat or Volvo which, respectively, launched at some point in their history the brands DS Automobiles, Abarth or Polestar. Completely independent brands that enable targeting customers looking for differentiation with performance-focused premium listed vehicles.

“This whole project was born from a dream, of a group of people who were looking for a way to attract a new group of car lovers”, said during a press conference given to Moroccan media only Cécilia Taieb. And Cupra’s Global Communications Director continued: “It is a challenging and unusual brand based on high design, modern performance and which combines emotion, electricity and sports emotions to inspire the interested customer”. It should be noted that Cupra, which was launched in 2018, now has its main office in the province of Barcelona, ​​​​with a special division adjacent, dedicated to the construction of racing cars entered in various international championships in motor sports. In addition, there is a network of dedicated sales points in various markets around the world where the brand has established itself.

Despite the weak international context, taking into account the health crisis associated with Covid-19, the economic crisis that has affected many sectors, including the automotive sector, not to mention the shortage of drivers, Cupra still maintained a high level. “This year, we were very surprised as we managed to double our sales compared to last year where more than 53,000 units were sold at the end of November, driven mainly by the success of Formentor”, added Ms. Taieb.

And to clarify: “Contrary to what one might think, our preferred market is not Spain at all. It is actually Germany, followed by England, Spain and Italy. We are internationalizing our brand. For example, we recently opened our doors in Australia and we are happy with we are proud to be now in Morocco”.

A chance for Adel Zerrouk during this press conference to lift the curtain on Cupra’s ambitions in the Kingdom.

And the Director of the Seat & Cupra brands in Morocco continues: “We currently benefit from the Cupra Formentor, powered by a 2.0-liter TDI with 150 horsepower, supported by a seven-speed DSG gearbox and equipped with a 4Drive transmission. The car which, as you can imagine, will play the performance card. It will also have a well-stocked list of comfort and safety equipment.

Its introductory price is set at 487,000 DH, with a customer benefit of 62,000 DH for the first 100 buyers. Add to this the world of brands, created especially by a large number of devices of all kinds, which should not be recognized by customers.

If the boss of Cupra Maroc was able to satisfy the curiosity of the journalists present, and a fortiori of the customers interested in buying the Formentor, he wanted to be more clear about the road map that he intends to open to develop the brand in a short time in the Kingdom. “Apart from Casablanca, Cupra Garage will open its doors successively in strategic cities, especially in Rabat, Marrakech, Tangier and, in the near future, in Agadir. As for the after-sales service, it will be provided throughout the CAC network”, notes Mr. .Zerouk.

And emphasized: “with these five big cities, we plan to cover more than 70% of the Moroccan market. The customer really remains at the center of our concerns, in terms of sales and after sales, two strategic pillars that we deploy human and material resources to satisfy these same customers”.

And Adel Zerrouk pointed out: “Regarding branding, we are not looking to attract only premium customers; just like we don’t position ourselves as a generic brand. The idea is to place yourself somewhere in the middle. We will use our strengths and our differences with the competition. We intend to give customers the possibility to buy a genuine car that offers emotion, contrast and performance. We aim to rank 4th in the premium segment when it comes to new car sales”.

And in addition, if not to start the commercial ambitions of Cupra Morocco, other models that currently make up the range of the Spanish sports car manufacturer will appear later. In addition to Formentor, Leon and Ateca are planned for the program, and not only in diesel, knowing that these models are also available in petrol and in rechargeable hybrids, accompanied by a very good quality sports performance.

Not to mention that Cupra aims to prove that electrification and performance go hand in hand. To be precise, we find in the range of the Iberia Born operator, a 100% electric compact, which digs its trench on international markets. His visit is also scheduled later in Morocco. It should be noted that Cupra’s product plan is also ambitious for the future, especially as it will be based on a range of fully electric vehicles. In detail, the Cupra Tavascan, the brand’s second new and fully electric model, together with the Cupra Terramar, an electric sports SUV, will arrive on the market in 2024. The city car will follow, scheduled for 2025. 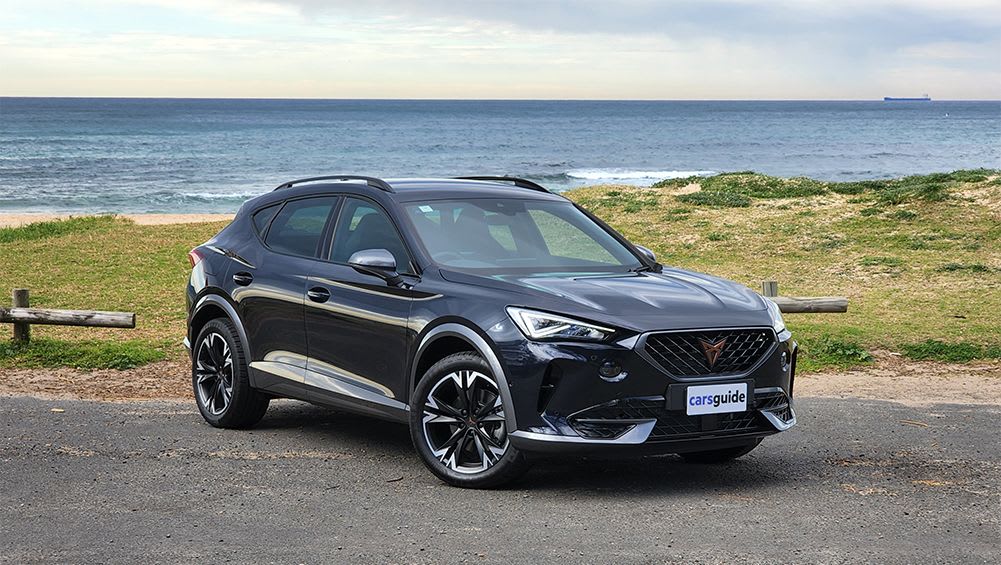 At Cupra, design is treated as much as style to make the product “unique”. Cars 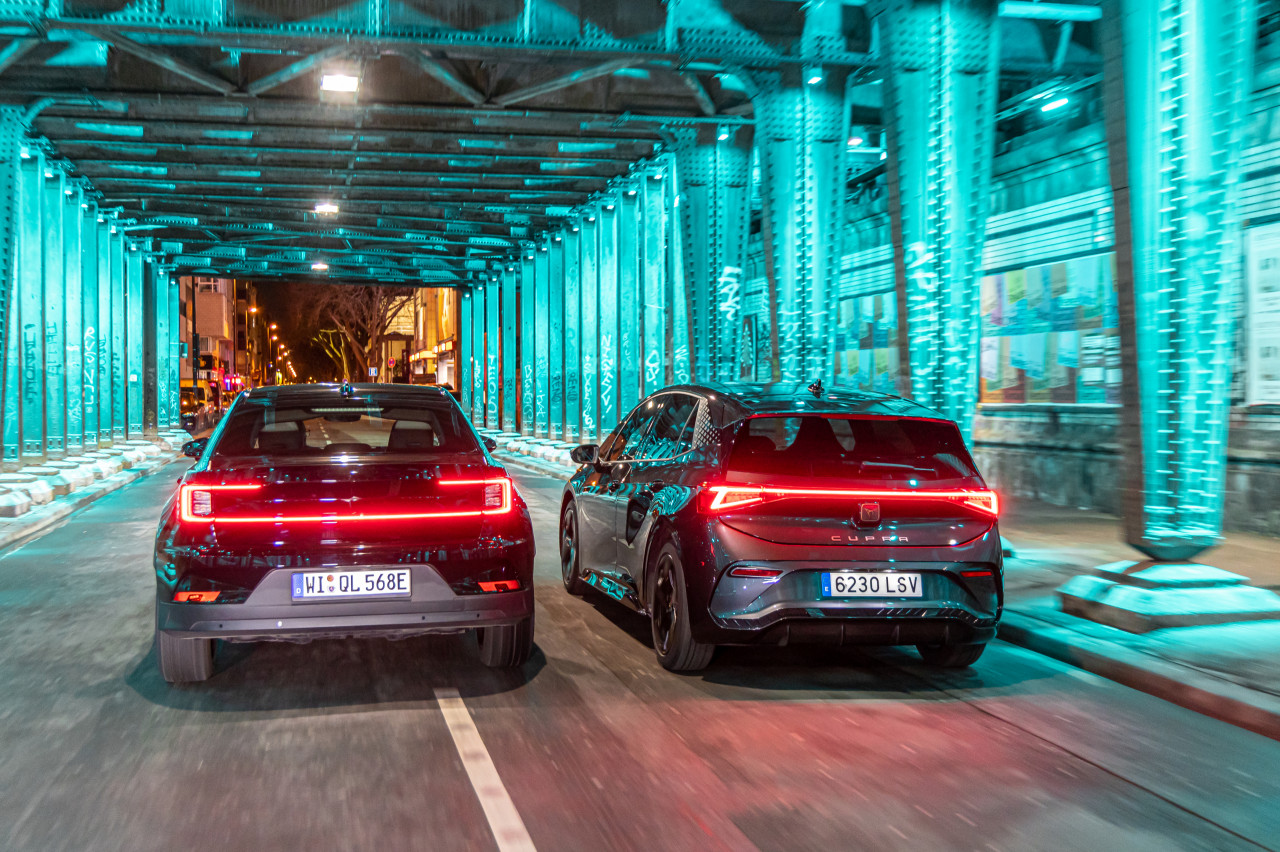