“You must be crazy, why do you need such a big motorcycle?” Buy something small, ride it for a season or two, then switch to something more powerful.” How many of you have heard such words when looking for the first equipment? I suspect that every motorcyclist, at least every motorcyclist. I was pressed and I do not regret the decisions made, but in order. Let me tell you the story of how I became a motorcycle rider.

It all started on a whim. During my elementary and high school days, I used to ride a Chinese scooter, which, interestingly, is still at my parents’ house in the countryside. Then came vocational school, first job, first car and the two-wheeler fell behind. Low power and a slight distrust of technology from the Far East meant that the motorcycle was getting dustier and dustier. And when I was already living in the city, I could not put him in front of my house. Yes, I know you can buy a cover, chain and AC and pray every night that the car is still parked where I left it in the morning. Not for me. 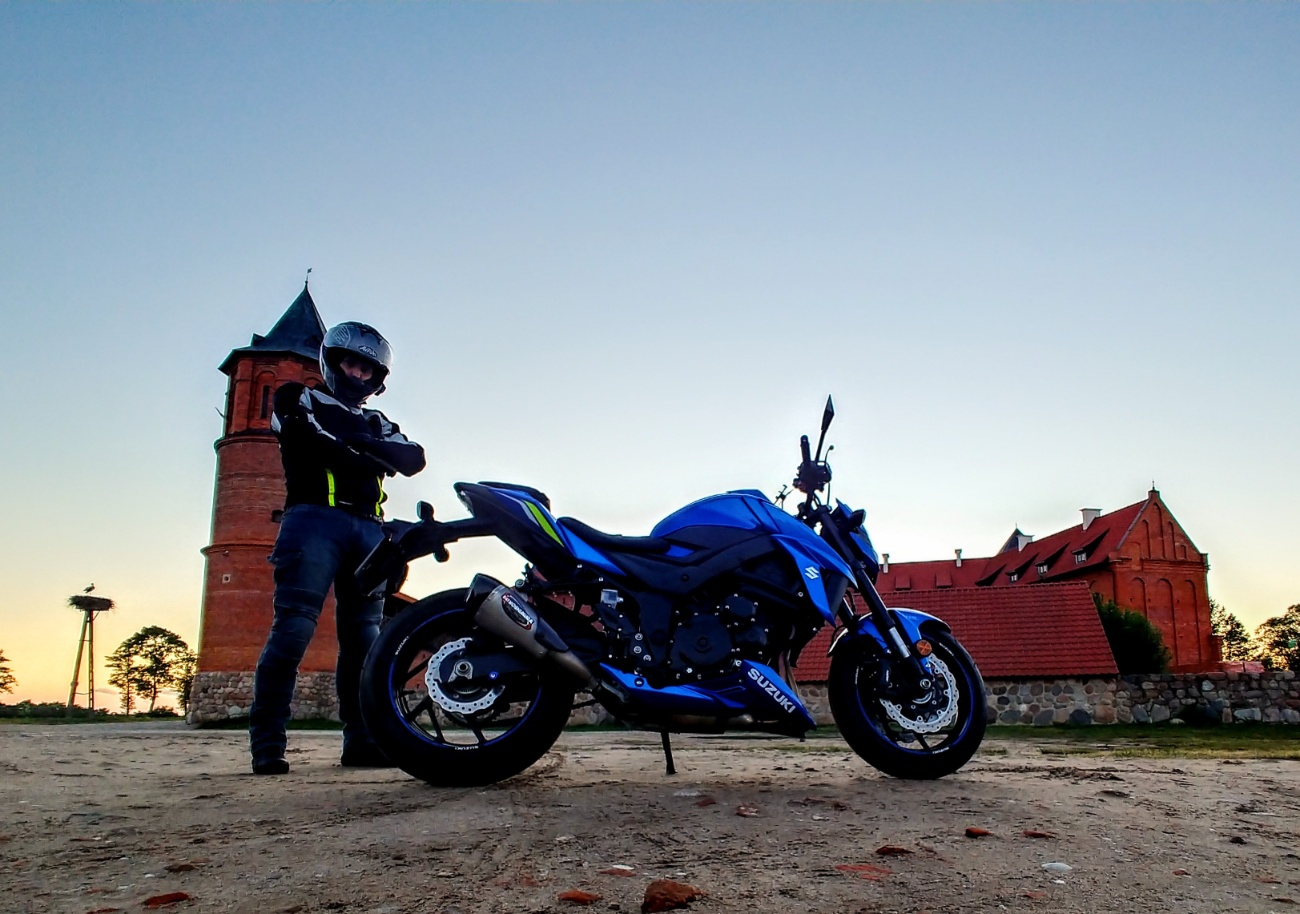 After a while, I moved from place to place, and finally, apart from my permanent address, I had a garage for rent. And this is probably the stimulus my motorcycle soul was waiting for – man, you have a garage, what are you waiting for? Buy equipment! The first thought was for the 125cc class, but my dad got that thought out of my head and… thanks for that!

It was going downhill, buying clothes and impatiently waiting for the spring to start the course. At the time I was seriously considering buying something like a Yamaha MT-07 or even an MT-09. I did the course on a smaller Yamaha, so I could get to know the model and see if it would be suitable for my first big bike. After all, it is a highly recommended machine like the first one, it combines not much power with good handling and space. However, everything has changed since I saw the Suzuki GSX-S750 in the ad. 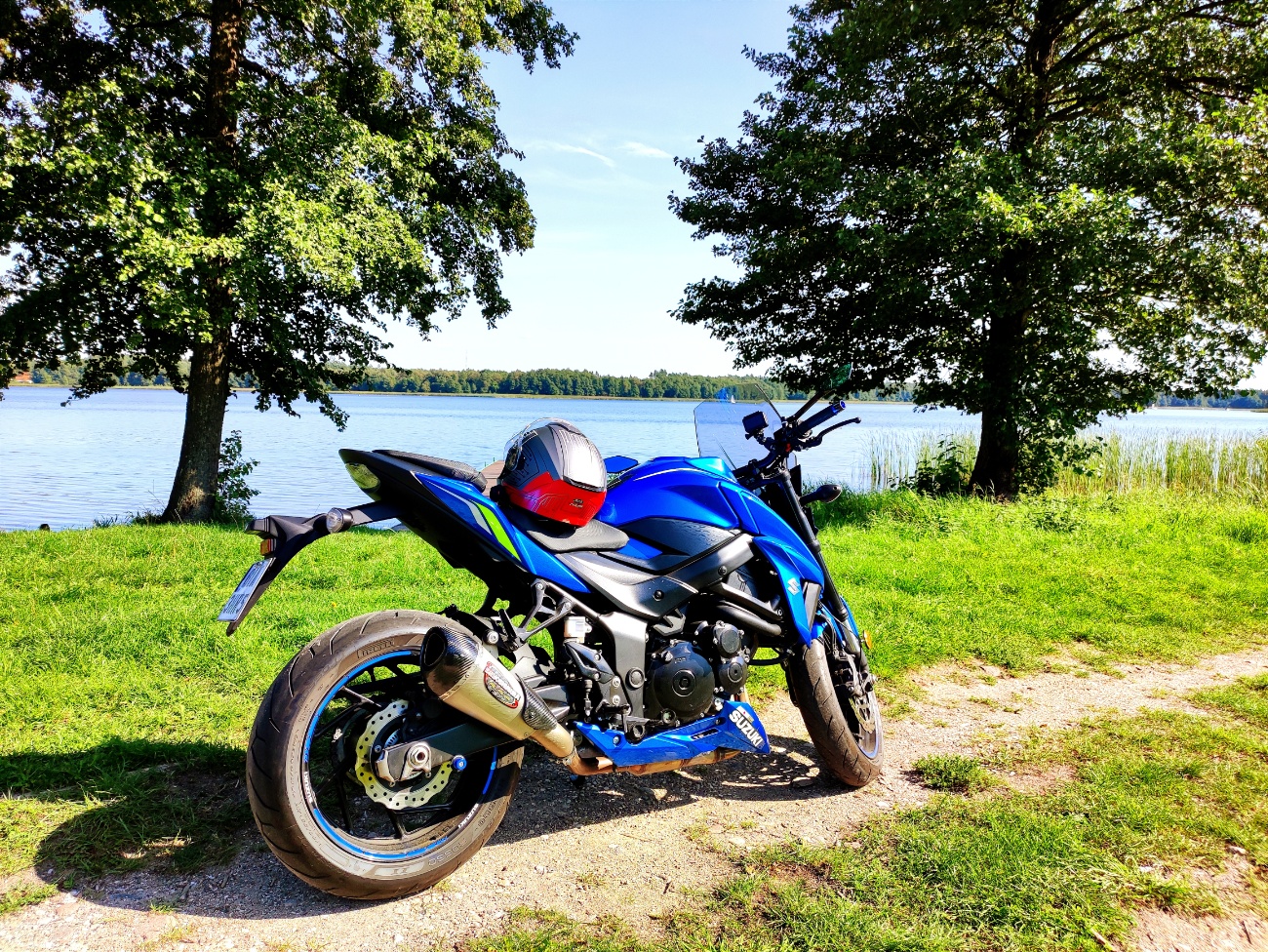 I bought during the course. It was real love from the first ride …. I admit without beating, I did two rounds, in fact, outside the public roads, because how was I supposed to know if I would fit on this motorcycle? The first fact is that the stance is a little more sporty, it is slightly forward, and the legs are more closed. However, it is still simple. The seat is quite hard, a little more in the style of those found on “grinders”. But what surprised me the most, as a freshman, of course, was the predictable response to gas. Gix did what I expected him to do without flinching or tearing his ass. 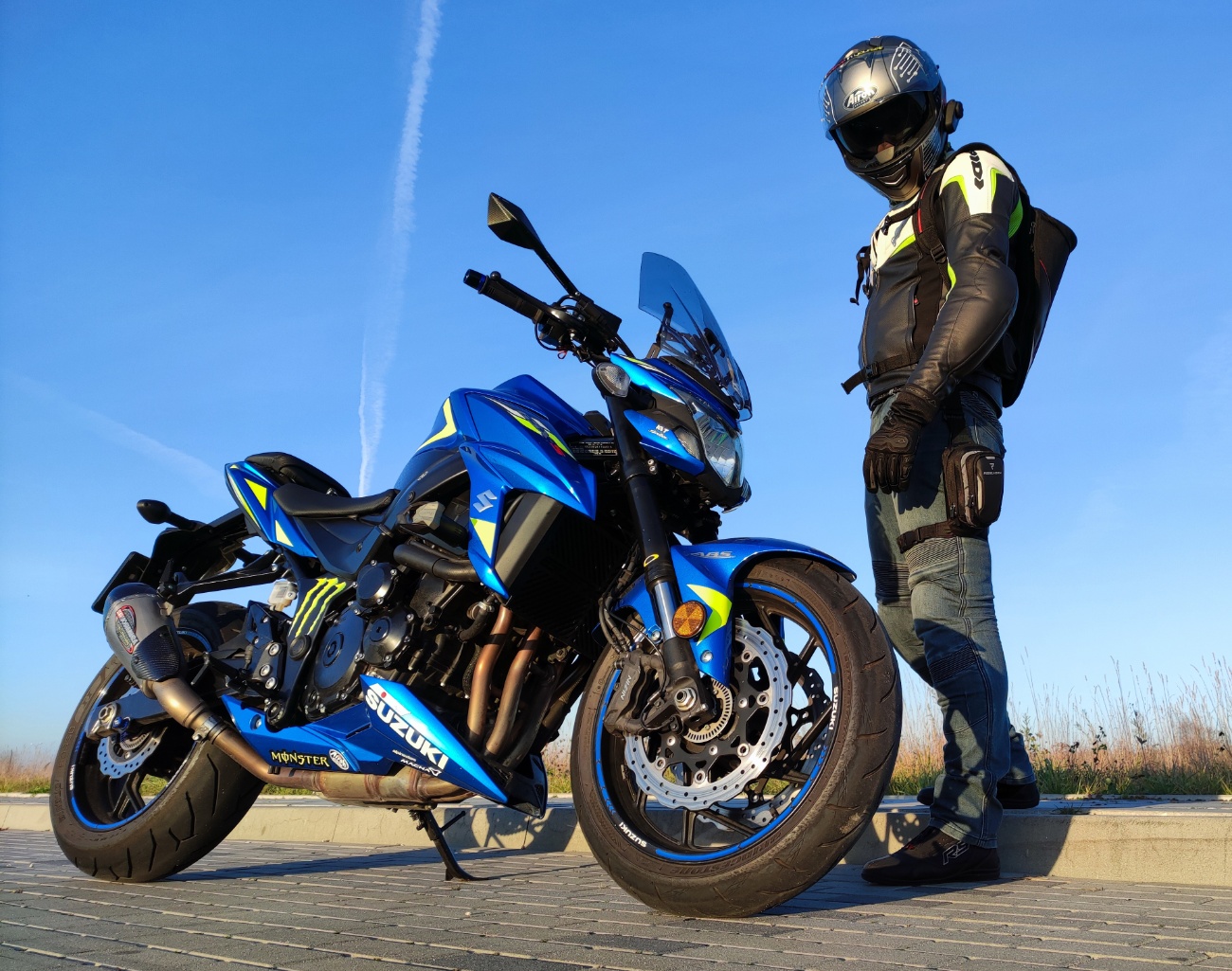 And you should remember that I am sitting on an engine with a capacity of 749 cubic centimeters, developing 114 horse power and 106 Nm of torque. This is where comments like “Such a cool motorcycle for the first time?” You will kill yourself!” However, as you read these words, it is my second season as a motorcycle rider, with Suzi as the main and only machine (apart from the car). Okay, we’re snobbish, but would you recommend the Suzuki GSX-S750 for your first motorcycle? To quote the classic: still how! And I explain why I think so.

Throttle response is very predictable for a four-cylinder engine. I felt fear while sitting on a motorcycle? It is not. What? I felt surprised in front of the machine? I think a little like that, but it wasn’t a paralyzing feeling either. Do you know why? Not because of bravery or lack of headache. I have one thought in the back of my head all the time, which, by the way, gave the title to the article. The bike will do nothing more than what I tell it to do. I want to go fast, turn on the gas and go, but carefully. Suzi doesn’t go forward when I don’t want it to, even though the sound of the engine signals “come on, come on the gas”. Everything in your hands and a little bit of feet too, because the gears won’t change on their own. 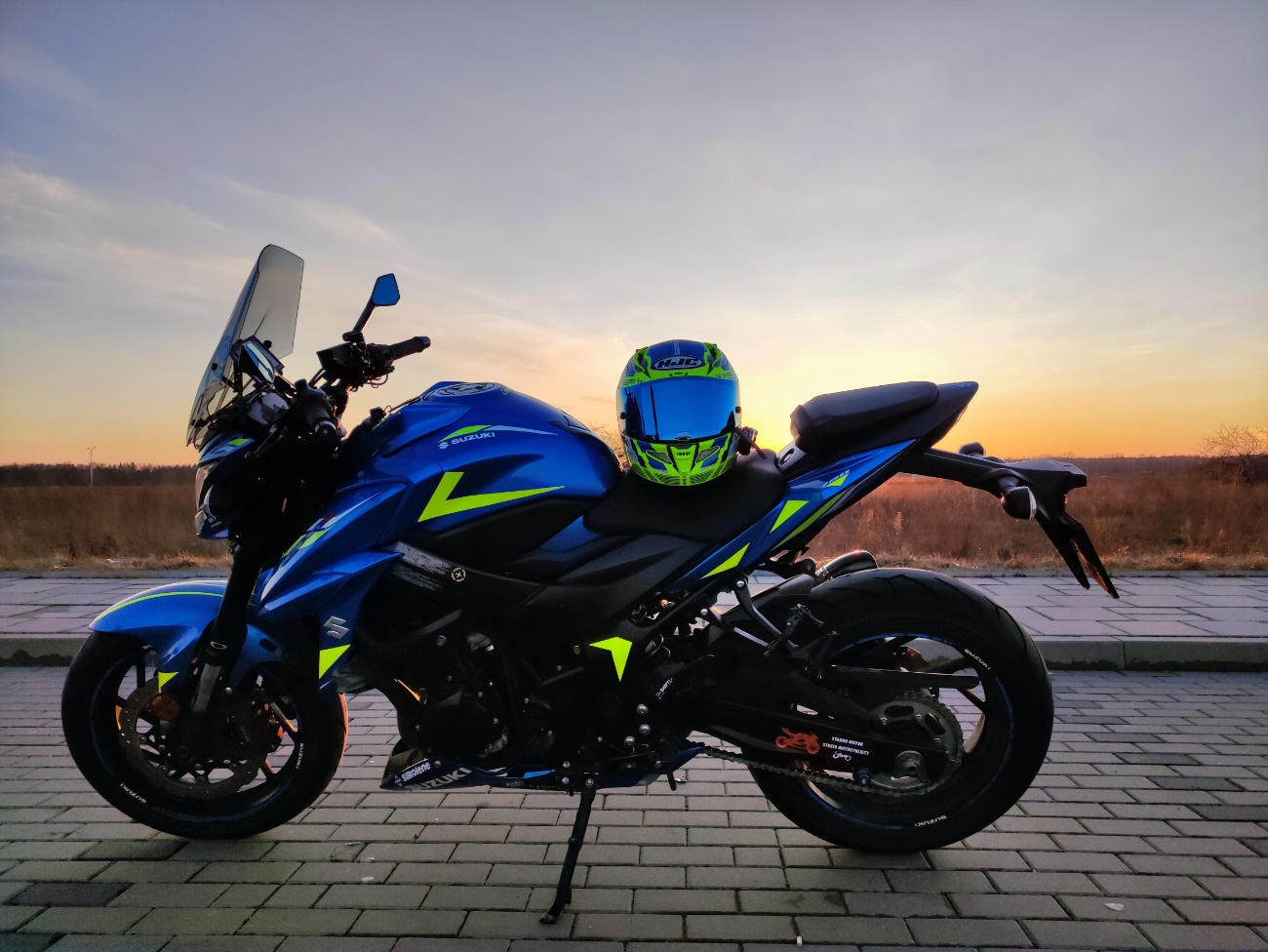 I drove the first season with an average fuel consumption of 4 liters per hundred. I was always learning how to ride a motorcycle and how it reacts to my movements. What can I afford, and what is better not, because I can’t find it. Interestingly, despite the higher weight than the MT-07, which is about 213 kg, the GSX-S750 is very light. Breaking between cars, slaloms and other such maneuvers are child’s play. This is another feature, after the predictable throttle response, that I love about this motorcycle. However, the second season has already brought me 5/6 liters of fuel consumption, and I don’t know why …

The seat gets a big loss from me. Every day, it is good for speed around the city and its environment, it suits the behavior of the engine and does not hinder the feeling of driving. However, routes of 200/300 kilometers per shot are a real pain, so it is worth considering the cushion, injecting gel or whatever. Especially since the suspension is more rigid, which makes me like asphalt roads. Driving over potholes is not only a pain for the shock absorbers, but also for the butt. You can’t have everything, so when you decide on the GSX-S750, you get great precision at the cost of four punched letters. 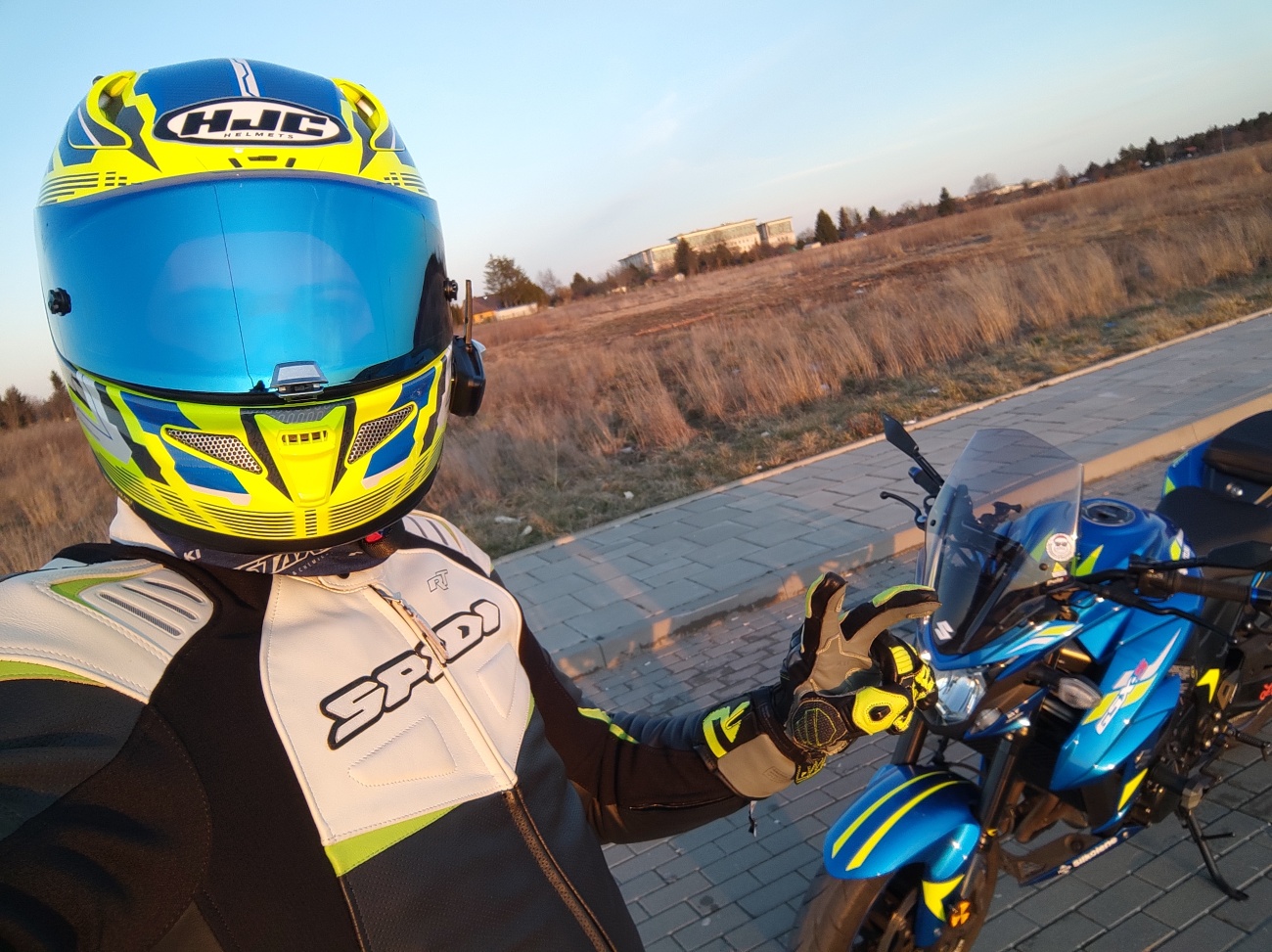 Perhaps some will complain about the poor electronics and the old-style LCD display. Well, maybe they’re right, but it doesn’t bother me at all. The screen provides all the necessary data for the new rider, there is a gear indicator, fuel gauge and engine temperature. It only looks like lines, but you can live with it. However, what is more important, the tachometer reading has five highlighted. This is also a very important issue, because keeping the engine speed below this limit, the Suzuki is decent and not too bad. On this border, the motorcycle’s second self comes to life, encouraging you to go around and visit the gas station faster. Many reviewers say that when you buy a GSX-S750, you get two bikes, a gentle ram and a zip-up cheetah. And I subscribe. 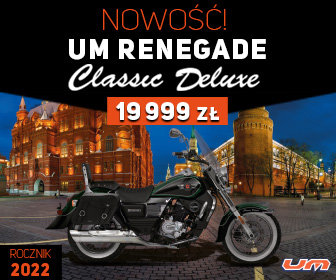 On this screen we will find one more piece of information, equally important for a beginner, which is the traction control. This one has three stages, the three that are the most invasive, and one only wakes up in a very low state. It can also turn off completely, and Suzuki remembers we did that, and it won’t turn on after turning off and starting the engine. I traveled the first season for three, and even then, on the fingers of one hand, I can count how many times he had to intervene. Even if it has to be, it is gentle, it does not cause shock or fear, which, as you can guess, is also counted as a big plus from the point of view of a new person. There is also ABS on board, although you can buy a GSX-S750 on the aftermarket without this system. 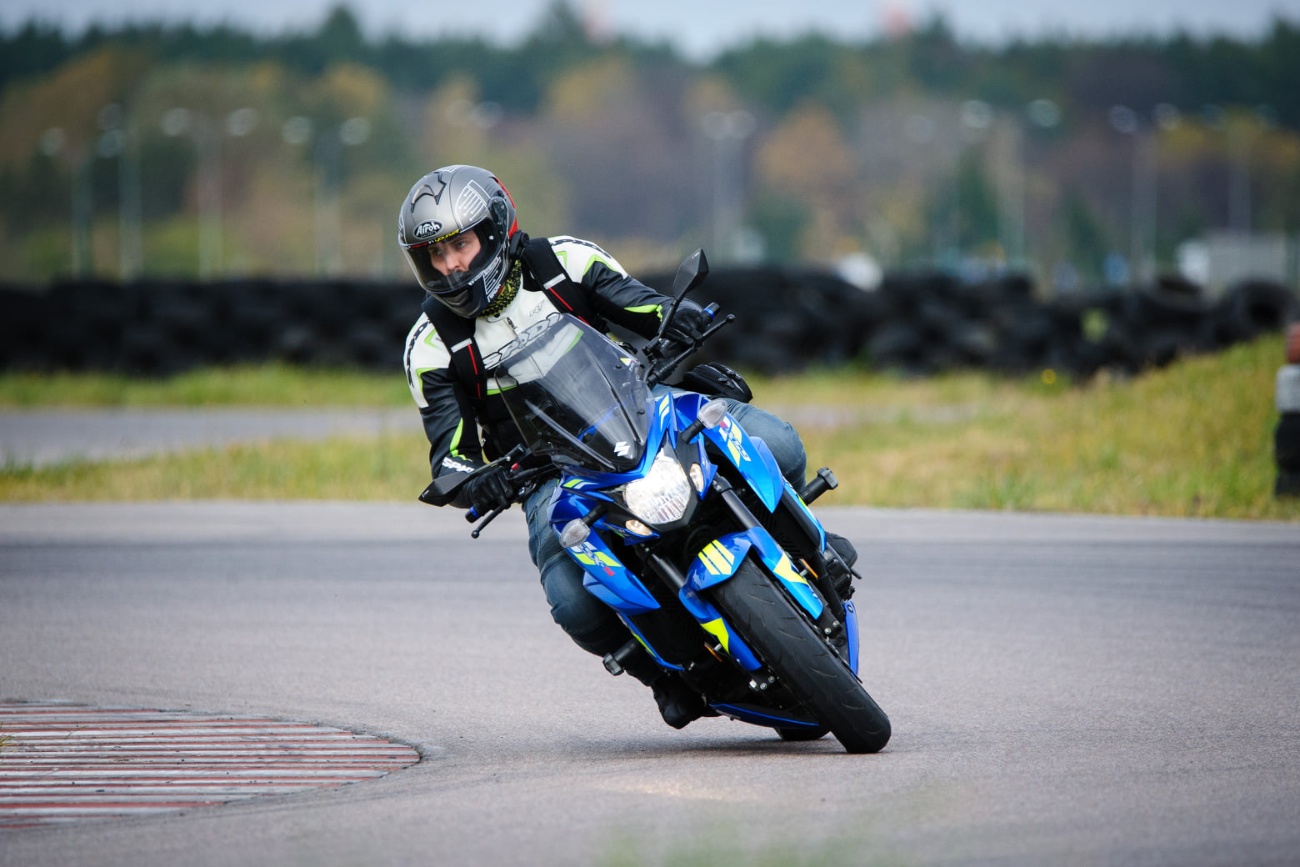 To sum up the whole discussion, you already know that I personally recommend a motorcycle with high capacity and power for first equipment. However, it is worth looking for a model that will give you confidence in driving, it will be predictable and easy to drive. Looking at the parked Suzuki GSX-S750 I’m sad that this model hasn’t gotten the publicity it deserves. So far I’ve seen maybe three different copies on the street, besides mine. And this is a great recommendation not only for people who have just cleared their qualifications, but also for more experienced motorcyclists.

PS: Yes, I know, this glass is not the best. But he didn’t want to, the motorcycle is not only used for relaxation, but also for regular transportation in good weather. Practical considerations prevailed.

Quick review: I rode the Suzuki Hayabusa 2022 for the first time – pros and cons [FILM + ZDJĘCIA]

Dominika aka “poodle” and her Suzuki GSX-R: on a motorcycle, thoughts are clear and life becomes better!

You can buy a motorcycle monster from the 90s. The Suzuki GSX-R 1100 looks like new

The story of the Suzuki GP: Many ups and downs / MotoGP

“No games” in Suzuki: Does the calculation include? / Editors

Suzuki: Is the withdrawal related to the diesel scandal? / MotoGP

Suzuki Moto Szkoa 2022. What has changed in motorcycle training in recent years?

Suzuki Swift from time to time. It’s amazing how much these cars look alike

Suzuki Swace – and you can still have everything TEST | Measurements

Suzuki: Is there a penalty from Dorna? / MotoGP