Colton Herta, the current IndyCar driver, associated with McLaren’s Formula 1 company, still sees his place in the queen of motorsport. Following Micheal Andretti’s failed attempts to join the grid as an eleventh team, Herta was a likely candidate to replace Daniel Ricciardo at the British team for a while, but confusion over the future of Oscar Piastri closed the way for the American.

It wasn’t long before Herta became the favorite of Red Bull consultant Helmut Marko to replace AlphaTauri and replace Pierre Gasly. However, another problem appeared on the horizon. The American is eight points short of securing the top driver’s license in Formula One.

Red Bull is putting a lot of effort into lobbying for Colton’s license on special terms, saying that his IndyCar performance is reason enough to deserve a premium license.

“We still don’t have an answer” Marko said. “It will be near… the end of the month soon. We are still hoping for success.”

The reaction of the stable bosses, including Binotto and Toto Wolff, and the Formula 1 board itself, including Stefano Domenicali, should not inspire Red Bull with hope. Herta, however, can rely on the support of Zak Brown, the director of McLaren Racing, whom the American had two months earlier for a private test of last year’s stable car at the Algarve track.

Mohammed [Ben Sulayem]The new president is making many adjustments to the things he inherited and I think the entire licensing system needs it” Brown said.

“I understand that rules are rules and rules should not be broken. But I wonder if just because these are the laws that are in place now, that means they are okay.

A man of the caliber of Colton or Pato [O’Warda] he has the power of Formula One. So no one is sure yet what the verdict will be. If someone like Colton, who has won a lot of IndyCar races, is not eligible for a better license, then I think we need to review the system.

Zak Brown notes that some of the current Formula 1 racers would also not have started racing at the time, had the current licensing standards been in place at the time.

“We had Colton in our car and he did a great job in two days of testing, so he can drive a Formula 1 car, no doubt about that.”

Rebellion against the driver in F1. Won’t he get a chance?

Lexus RX Final Edition in Poland immediately. The new generation will be surprised by his car 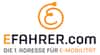 Swat for VW: Electric Hyundai is German car of the year

Kia military trucks – from modern to licensed from the 50s