Fiat Fastback is the Italian brand’s big launch for 2022. In just two months, it has already sold more than 10,000 units. And if it continues at that pace, the coupe SUV has everything to become the main reference of the segment in 2023. But it is not a matter of chance, this car was millimetrically designed to be a leader in the hottest market segment.

Today, one in every three cars sold in Brazil is an SUV. In total, there are 556 thousand out of nearly 1.6 million units licensed between January and October, according to the National Federation of Automobile Distributors (Fenabrave). That is, the Brazilian wants an SUV, as well as in the rest of the world. It was not a surprise for Fiat.

And as Fiat is an Italian brand, the best analogy we can make is the kitchen. A good “cucina della mamma” must combine three things: equipment, ingredients and good cooks. And in the case of the Fastback, it was “prepared” in one of the best facilities that Stellantis has, Polo Automotivo de Betim (MG).

But the challenge was how to produce an SUV that avoids the uniformity of SUVs? A unique recipe. And the answer is in the name itself. Fastback is a body style, with a flare leaning on the last column. The style adopted by coupe-type models.

Among SUVs, this is a trend that has been gaining ground, but in luxury groups, with very expensive values. But Fiat did not create a car to sell a few units, so it created an idea to test public reception. Tasting the ingredients, sticking to the kitchen analogy.

It was the Fastback, presented at the 2018 Motor Show. Beautiful and inconvenient, this concept was a true automotive sensation, overshadowing even supercars. It was the green light for the Design Center team, installed at the Stellantis Automotive Center, in Betim, to start the project.

With mutual consent, the team began to draw sketches of the coupe SUV. To compile Fastback, the brand used the standard MLA platform. This foundation started on Pulse. And because it was modular, engineers were able to adjust the dimensions of the platform to fit the design.

And since the engineering team is also based at the Stellantis premises, in Betim, it was a matter of flying from one warehouse to another. Everything that was created and defined was converted into data by the “Mathematics” people, as they call the computer team.

Even before the first Fastback plate was molded in the factory machines, the Fastback shapes were ready and visible and, more interestingly, animated. That’s right, because in this computer lab it is possible to create a complete virtual version. There, the data of the engine, transmission, suspension, steering, deformation points, body types and even the texture of the equipment were uploaded.

In normal conditions, it was possible to find out the frequency of vibration of the suspension, how it shone in the cabin. It was possible to identify and eliminate any kind of noise produced by the car. And if that was not enough, it was already possible to know how much it would accelerate and even how the bodywork would be damaged in a collision.

It sounds like something from a fictional movie, but it’s the truth. After everything was calculated, it was enough to start the production of prototypes and conduct tests of flight, resistance, fatigue and collision. Everything had physical confirmation of what the computer had already shown. And once again, inside the Polo Automotivo, even a crash test.

The Fiat Fastback project was well calculated as you can see. Even before the car took its first lap at the Betim and Curvelo test grounds, or wandered the streets of the capital city of Belo Horizonte (MG), everything about this car was familiar.

To connect the engine to the wheels, Fiat chose two gearboxes. For the 1.0 turbo engine, a seven-speed CVT automatic transmission was selected. A set that has already been confirmed in Pulse. The 185 hp 1.3-liter engine was combined with a six-speed automatic transmission. A perfect combination like guavas and cheese, or pomodoro sauce on spaghetti.

Engine mount options are also memory. According to the Inmetro labeling software, the usage data is:

Anyone who knows how to cook knows that every recipe calls for something different. For the Fiat Fastback menu, three versions were chosen. Two with a 1.0-liter engine and a top-of-the-line CVT box and a 1.3-liter block with a six-speed transmission.

And each version has an extensive list of ingredients, which includes everything that customers had already pointed out to the marketing team, long before the recipe went into the oven. Although the chef never reveals a secret, in the case of Fastback, the Italians make a point of listing what each version offers, as it is so filling that it is interesting. are they:

All this, served with a complete finish, with the use of modern equipment and proper assembly. The design of the panel and the instrument panel and multimedia in one plane, allows easy reading without affecting the view of the road. The controls are also ergonomically positioned.

An interesting detail is the orientation of the key modules. Unlike vertically mounted controls, the Fastback has controls that are placed slightly lower. This makes it easy to get orders quickly and comfortably.

The Fiat Fastback is powerful, beautiful and equipped, but it also needs to be spacious. Despite being placed in the compact SUV segment, the model is 4.43 m long (average dimensions of the model).

The wide wheelbase provides plenty of space for those on board. The coupe SUV got slightly recessed rear seats. They increase the comfort of the second row passengers. The trunk already holds 516 liters, which makes the Fastback more spacious in the segment.

As in any self-respecting cantina, the price on the menu is a big deal. And in the case of the Fastback, Fiat was right and adapted the values ​​​​of the coupe SUV in the most competitive range of the segment, but with the advantage of providing safety, style, technology and performance in one “plate”.

With all these ingredients, Fastback is like a perfect Italian recipe. There is no way it won’t work. 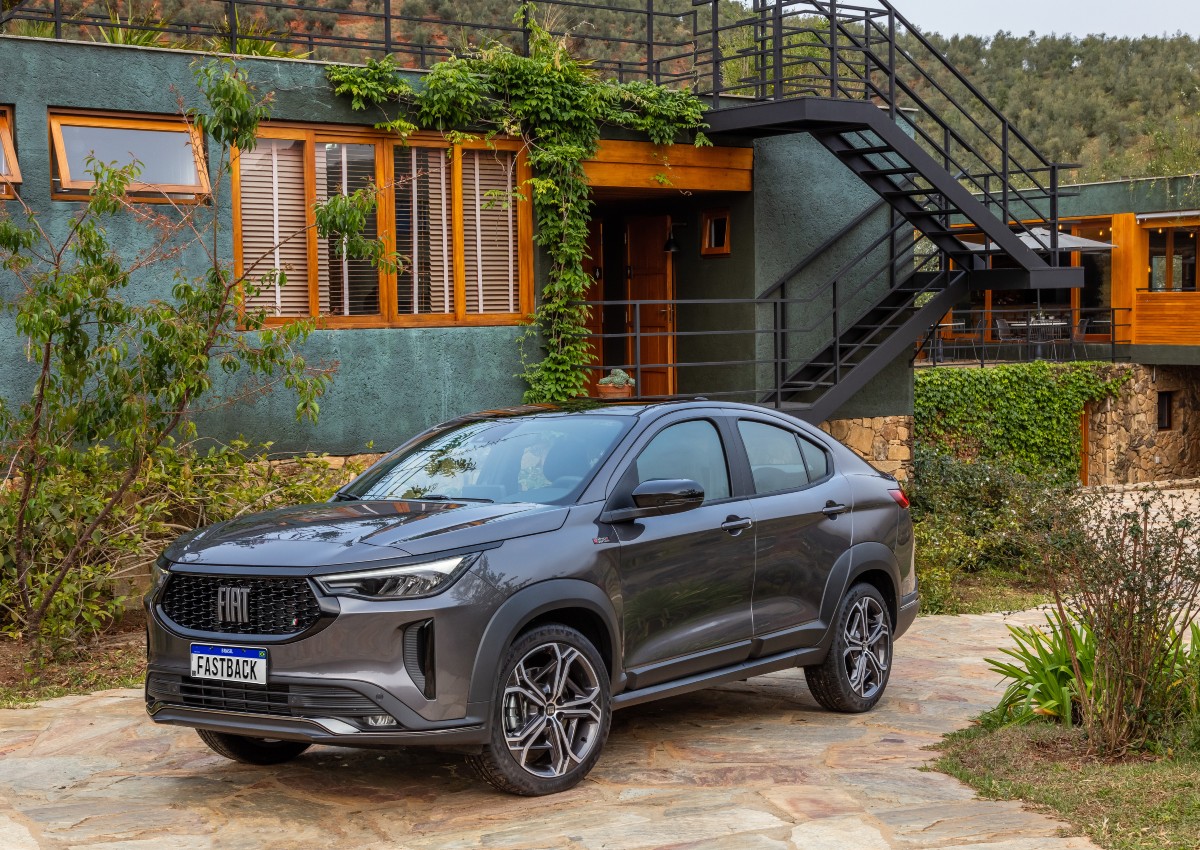 Launched in September, the Fiat Fastback is up to R$ 5,000 more expensive and exceeds R$ 150 thousand | Market

Why do the Fiat Fastback and Pulse Abarth use rear drum brakes?

Fiat Fastback is more drunk than Pulse, but more economical than Tracker | secrets and buses