Although some of these cars were brought into the competition by Ratel rather than intended directly for this class by the manufacturer, the Maserati MC20 is intended for this class in particular. It follows in the footsteps of the legendary Maserati MC12 GT1, which dominated the FIA ​​GT circuit from 2005 to 2009, winning four titles and winning the 2010 title at GT1 World Championship the crown.

The new Bolide is over two meters wide and comes with an impressive rear wing. A supercharged 3.0-liter V6 turbo engine ensures forward propulsion. The Nettuno biturbo with pre-chamber ignition is not related to the Ferrari engine of the same size, which is used in the 296, among others. (Maserati MC20 GT2 Specs)

The final technical data is not yet known, as it will be decided in relations. The engine already delivers 630 hp in series and thus reaches values ​​that are related to the GT2 level. Depending on the weight, the performance in the GT2 class can also be more than 700 hp, which the engine should provide.

“With the MC20 GT2, Maserati Corse creates a connection between the Formula E factory program and our road cars,” says Jean-Marc Finot, head of motorsport at Maserati’s parent company Stellantis. “This step completes Maserati’s legacy and legitimacy in motorsport.”

“The MC20 is a fantastic road legal car. We are delighted that our loyal customers are enjoying driving it.” 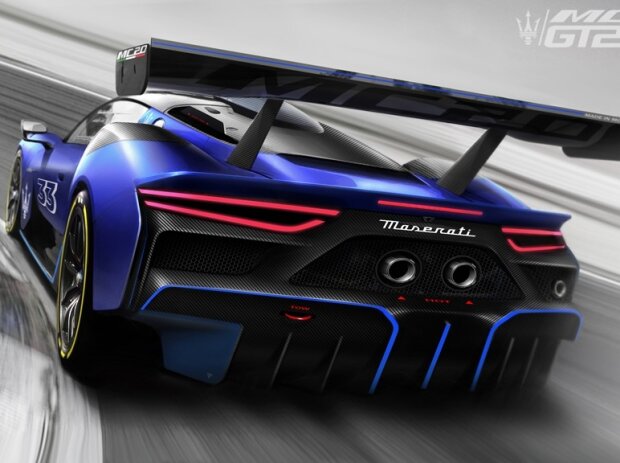 Maserati boss Davide Grasso adds: “We are driven by our passion, on the road and on the field. And we have a long history of expertise in the motorcycle world and are proud to compete with the extraordinary MC20.”

“Racing has always been Maserati’s natural home and now, in the GT2 European Series and the Formula E World Championship, our brand is starting to rebuild its future from its roots.”

The GT2 class is a “back-up” category for the SRO Motorsports Group and its boss Stephane Ratel, in case the GT3 class suffers the same fate as GT1 and GTE (all abbreviations in long-distance ABC explained!). Ratel advertises this class a lot.

The cars have less power and less aerodynamics than the GT3 cars. It is clearly aimed at amateur racing drivers who want to do without the high power of GT3 cars, but at the same time want to drive a powerful racing car.