Assen – The second full season in BMW Racing Cup, with 7 races on the Zandvoort and Assen circuits on the calendar, the race was Assen with two exciting races. Under summer conditions, no less than 25 BMW’s M240i appeared in such a good hurry TT cycle from Drenthe. The spring concussion played tricks on some drivers, so that communication was not hindered, especially in the first race of the day… However, sportsmanship prevails in the BMW Championship Cup and after the race, ‘sorry’ and a drink from the heart. offer friendship again. Mutual respect and fun in the race are the basis of the battle in this fast racing class.

The BMW Racing Cup was launched in the midst of the corona pandemic in 2020 and immediately proved to be a success. About 85 cars per cup have now been built by DayVtec Engineering with this one BMW’s M240i were produced by Dusseldorp BMW The Hague, part of the Dusseldorp Automotive Group with 8 locations in the Netherlands. As BMW’s flagship dealer, Düsseldorp has been active since 1959 and acts as the exclusive partner of the BMW Racing Cup for the second season in a row.

Also this season there is a large number of newcomers in the class, who immediately have to compete against a few experienced ones BMW drivers† Last year’s champions Henk Maassen van de Brink and Robin Vogel (AM division) and Paul Meijer (Pro-AM) defend their titles with confidence. But all participants should be very careful with 15-year-old Flynt Schuring, who already showed last season that he has good speed. In addition to DayVtec Engineering, MDM Motorsport and Hans Weijs Motorsport, Johan Kraan Motorsport will also join the technical partners in 2022 and the team from Gelderse Wapenveld will run BMWs for some new drivers in the cup. 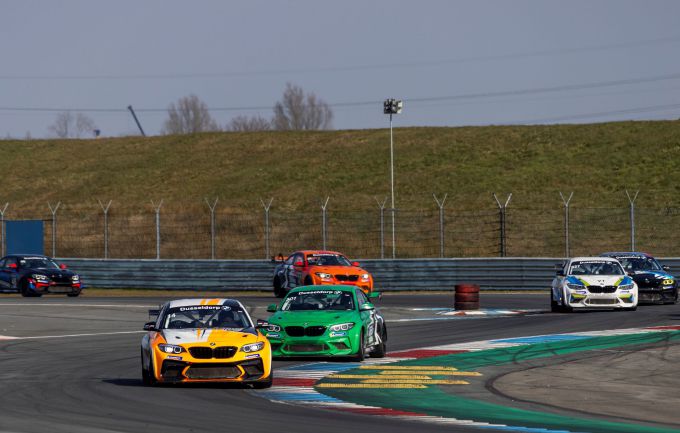 During qualifying training, Flynt Schuring the fastest driver on the straight and took pole position for both races. Alex Lesscher allowed 0.388s in the Schuring, while Jules Grouwels was third fastest. In Race 1, Schuring led immediately, but was chased by Alex Lescher† Lesscher finally crossed the finish line first, but spent 2 seconds of penalty, because he stopped too short at the mandatory pit stop. Flynt Schuring won, with Lesscher in second and Mark Jobst and Maxim Oosten in third. Oosten and Obst were very pleased with their podium place: “It’s a good class and a good car to drive is the BMW M240i,” they said almost in unison. “We still have a lot to learn, including how to get the best out of the tires.” The most amazing round of the day came in the name of Zion Geeratz: “Shame, in Geert Timmerbocht I took too many ‘kerbs’ and jumped around; luckily everyone could get around me safely, but the chance of a good classification disappeared immediately. 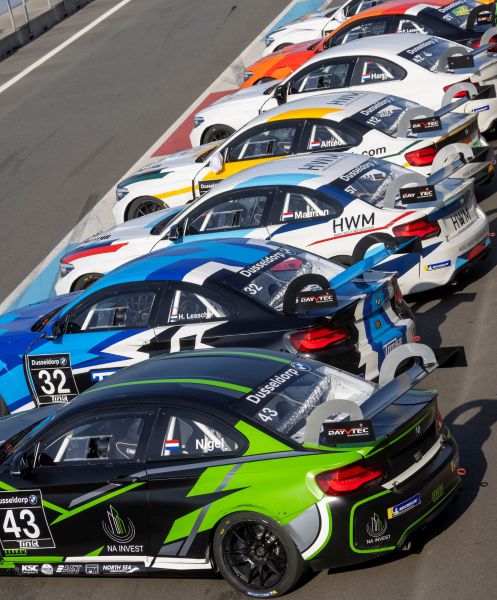 In Race 2 Alex Lesscher took a brutal lead right from the start, but after a few laps of a good battle Flynt Schuring was able to put things in order and pass Lesscher before chasing away from his pursuers. Janjur Monshouwer corrected what he did wrong in Race 1: “In the first race I went a little too far in the corner after the start and got a flat tire; that was my own fault. That’s why I really wanted to finish in front in race 2 and that worked well with me in second place.”

Tuesday April 12, participants of BMW Racing Cup each again, then continue CM.com Circuit Zandvoort† Even then there are two – undoubtedly exciting – competitions on the program.

Hamlin & Logano have won the Quali A / B Group

Audi close to victory in the final minutes

Ford beats Tesla, Alibaba better than they fear with Autodesk surprise at the top