Although it has made news, especially among 100% electric cars, the Brazilian car market is still far from its best days.

Among the automotive innovations that hit the streets of Brazil, the biggest increase was in electric vehicles. From January to November 2022, 100 percent of electric cars and trucks and plug-in hybrids (which combine combustion engines with electric motors that charge external batteries) exceeded the benchmark of 1 percent of all domestic sales of Light vehicles. Among 100% electric models, a new market niche has emerged, created by representatives with “affordable” prices – such as the Renault Kwid E-Tech subcompact and Caoa Chery iCar microcar. In cargo trucks, another segment with hot demand, there was a renovation of Toyota Hilux, Chevrolet S10 and Nissan Frontier, leaving new generations of Ford Ranger and Volkswagen Amarok for 2023. New among the “bucket trucks” was. the Maverick, with a monoblock body, which Ford imports from Mexico. The trend of the spread of SUVs from previous years is still full – the main launch in the segment was the Fiat Fastback. In the national sales list, the two champions from the previous year remain at the top: the Fiat Strada pickup truck, as the most licensed vehicle this year, and the Hyundai HB20 compact hatchback – which received a facelift in 2022 – as the cars best selling among passenger cars.

In April, Renault opened pre-sales of the Kwid E-Tech, a 100% electric car imported from China. Priced at R$ 142,990, the subcompact with an SUV feel is the second most expensive electric car in the country, behind only the Caoa Chery iCar. The electric Kwid, however, is BRL 74,300 more expensive than the more “standard” equipped Kwid. E-Tech has an engine with 48 kW (65 horsepower) and 11.5 kgfm of torque. According to Renault, the electric accelerates from zero to 100 km/h in 8.2 seconds, can reach 130 km per hour and has a range of 298 km according to Inmetro. In the Brazilian market for three months, it is estimated that around 1,500 units will be on the country’s streets by the end of this year. 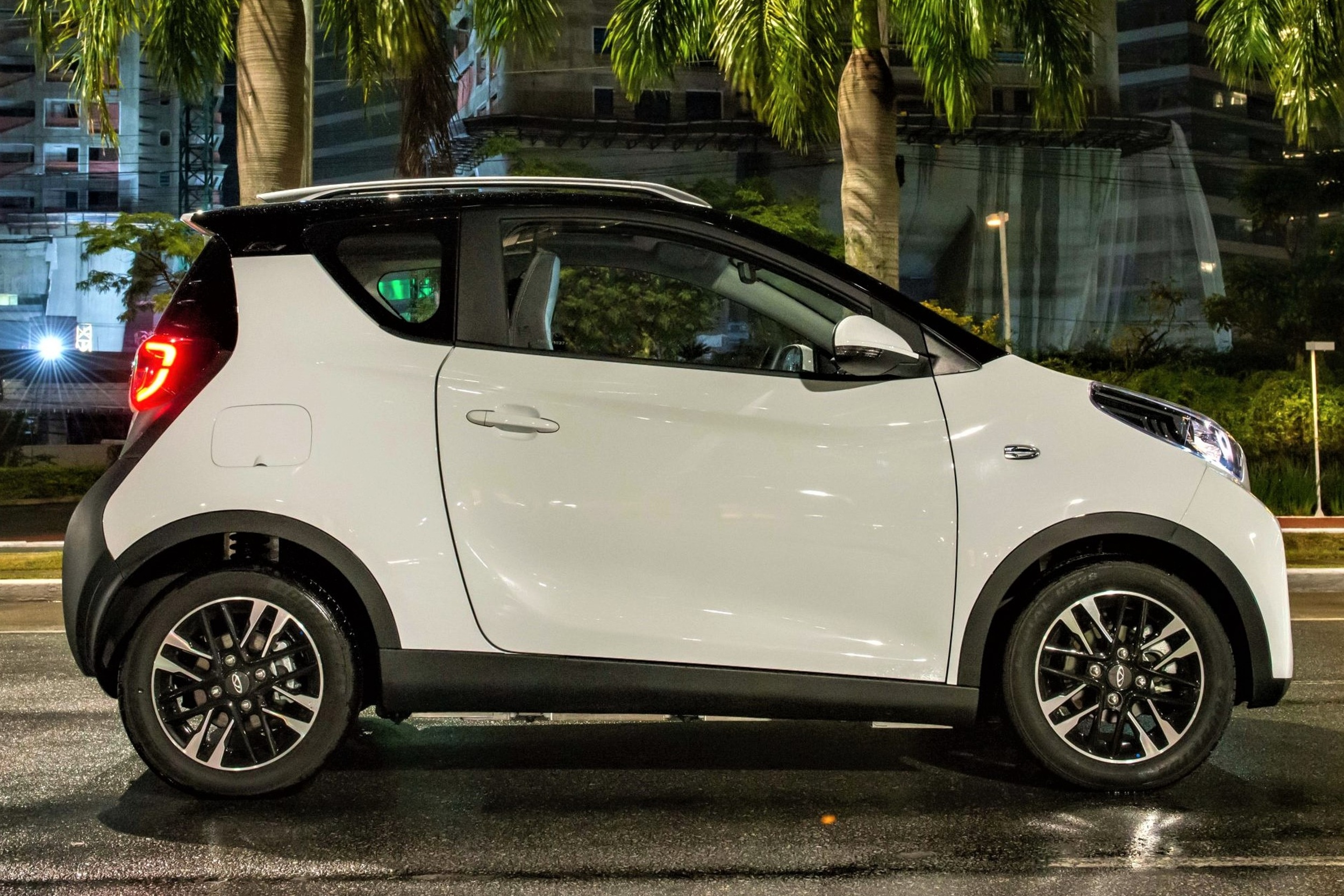 In June, after closing the Jacareí (SP) plant for the production of combustion vehicles, Caoa Chery moved forward with the electrification of its portfolio in Brazil. From China, came the mid-size sedan Arrizo 6 Hybrid, the plug-in hybrid Tiggo 8 Pro and especially the small electric car iCar, which sold 782 units until November. Then there were problems with the production and transportation of the model from China to Brazil, hindering trade. Priced at R$ 149,990, the iCar has 45 kW (61 hp), a torque of 15.3 kgfm and a range of up to 282 km. 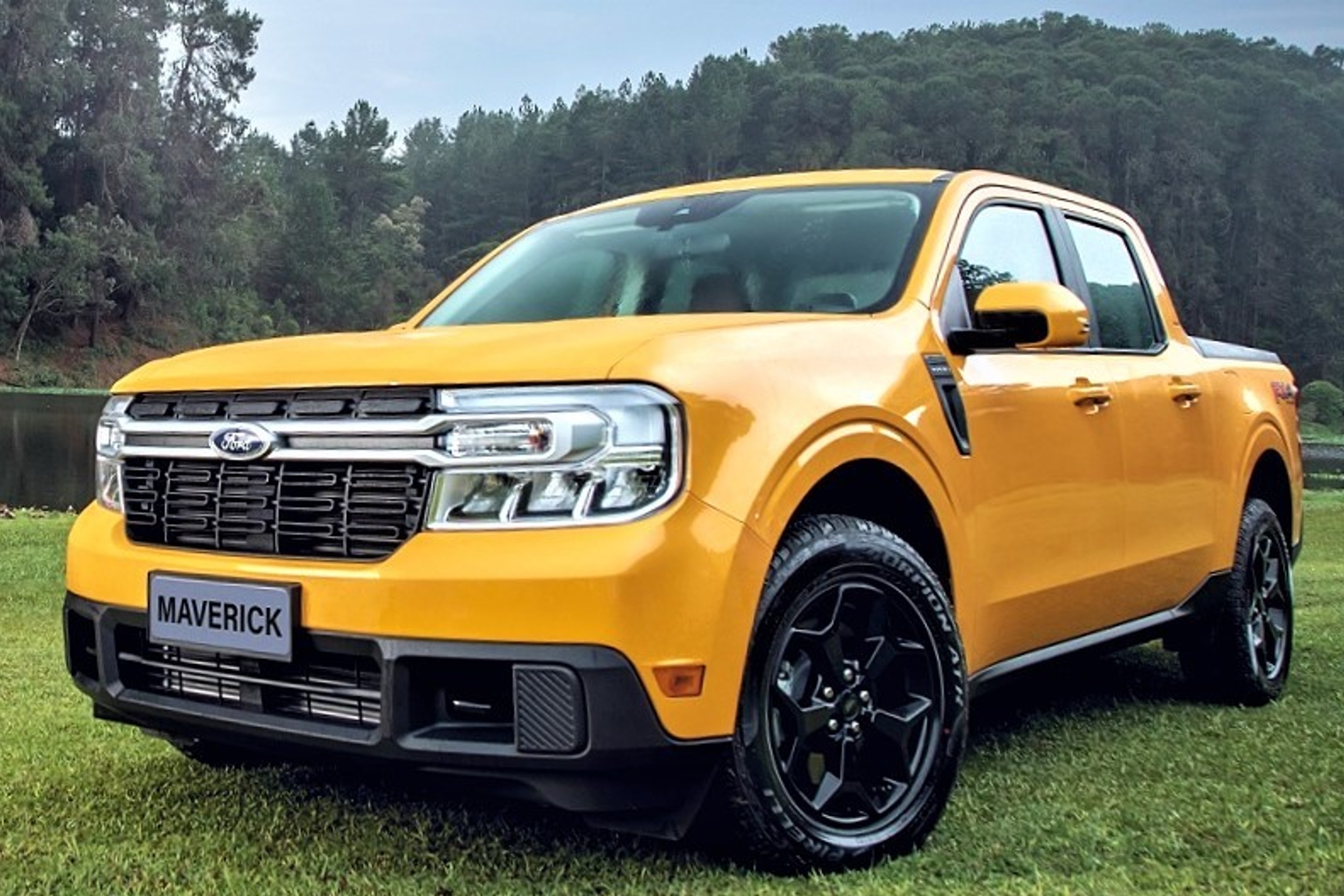 Ford Maverick arrived in Brazil in June to “enter the market for medium-duty trucks, a segment currently dominated by Fiat Toro. However, the truck imported from Mexico was closed until November and 1,254 units were sold, with a monthly average of more than 250 units. The Maverick has a 2.0 EcoBoost (turbo) engine with direct gasoline injection, it has 253 horsepower and torque 38.7 kgfm, associated with an 8-speed automatic transmission. Released in Brazil in the Lariat FX4 version, with an off-road profile, it is sold at R$239,990. 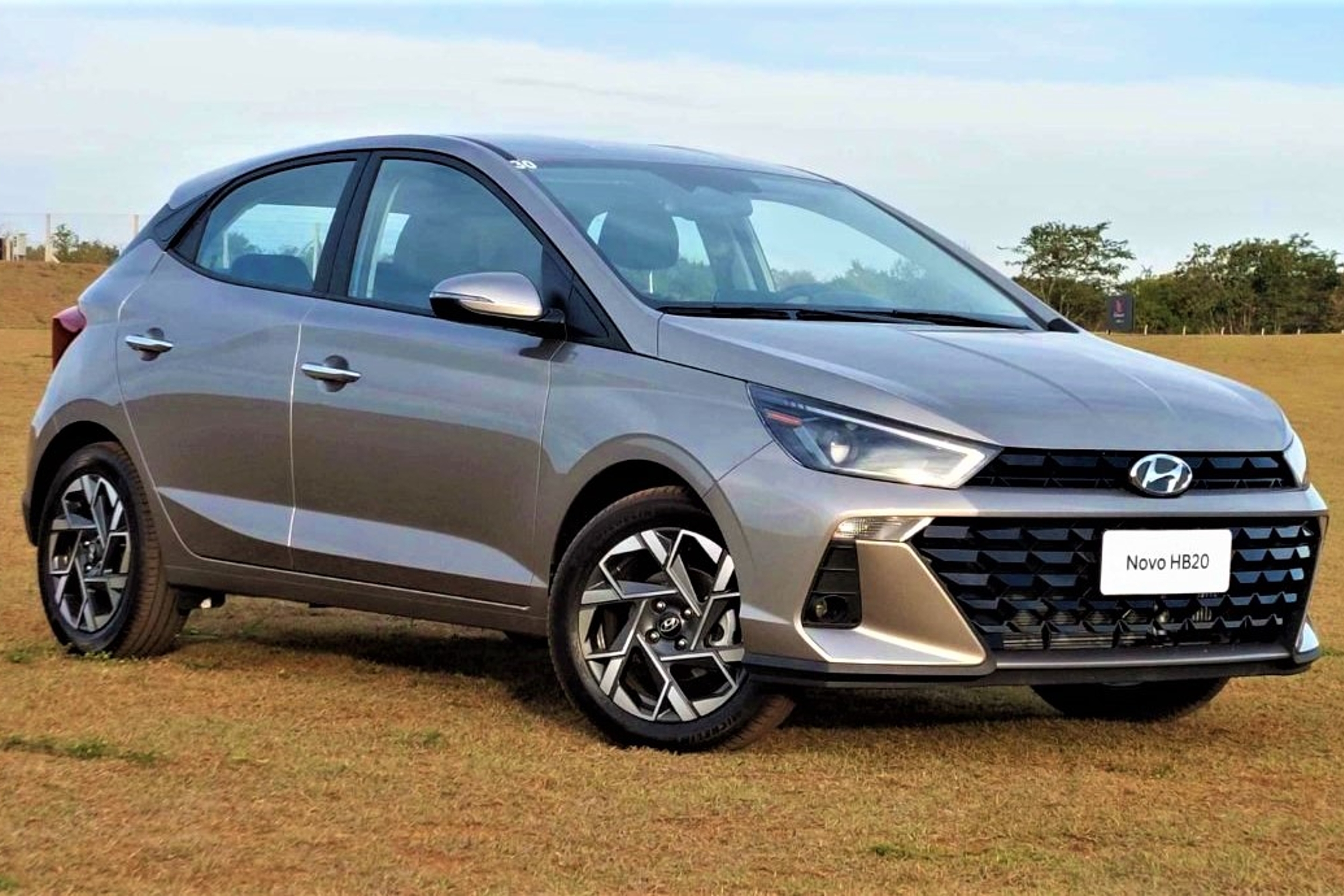 In July, Hyundai HB20 presented its 2023 line. Produced in the city of Piracicaba, São Paulo, its front and rear parts were modified, leaving behind the controversial trapeoidal grid adopted in the model modification in 2019. Kappa 1.0 and Kappa engines 1.0 TGDI are the same ones that have already been used for more than. three years. 1.0 TGDI adds a turbocharger and produces up to 120 horsepower and 17.5 kgfm of torque. With more than 95,000 units registered this year, the HB20 hatch is the best-selling passenger car in the country, starting at R$76,690 and reaching R$114,390 for the top of the line Platinum Plus. 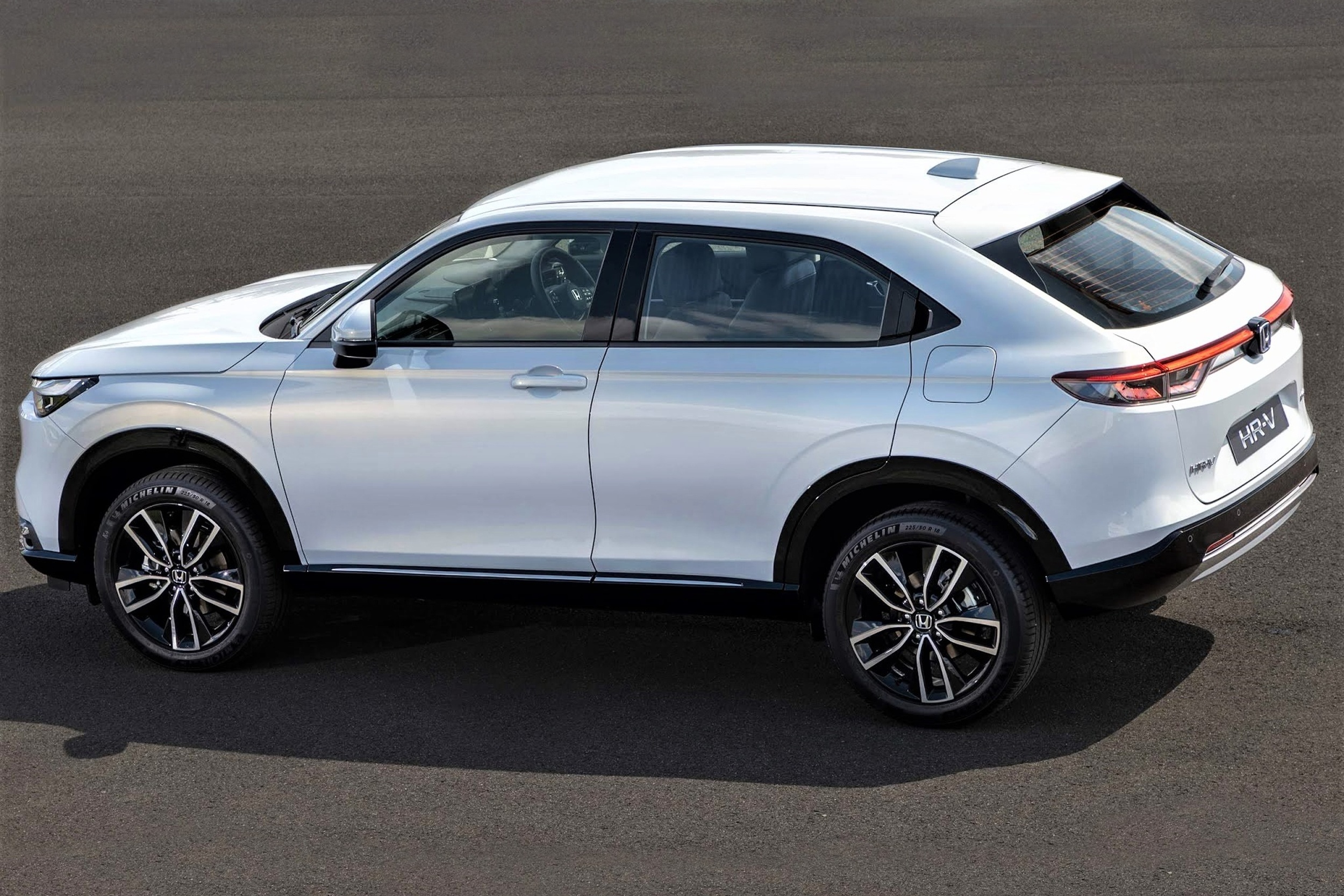 After being withdrawn from the Honda do Brasil portfolio in January this year, the HR-V returned to production in Itirapina (SP) in July. The third generation of the compact sports utility vehicle has a 1.5-liter engine expected with up to 126 horses and 15.8 kgfm of torque, linked to a CVT type transmission with 7 simulated gears and a price of R $ 143,900 and R $ 151,400 for entry-level offerings. The Advance (R$ 176,800) and Touring (R$ 184,500) variants have a 1.5 turbo with up to 177 horsepower and 24.5 kgfm of torque, and the same gearbox. After its return to the market, the HR-V had 12,206 units registered as of November. 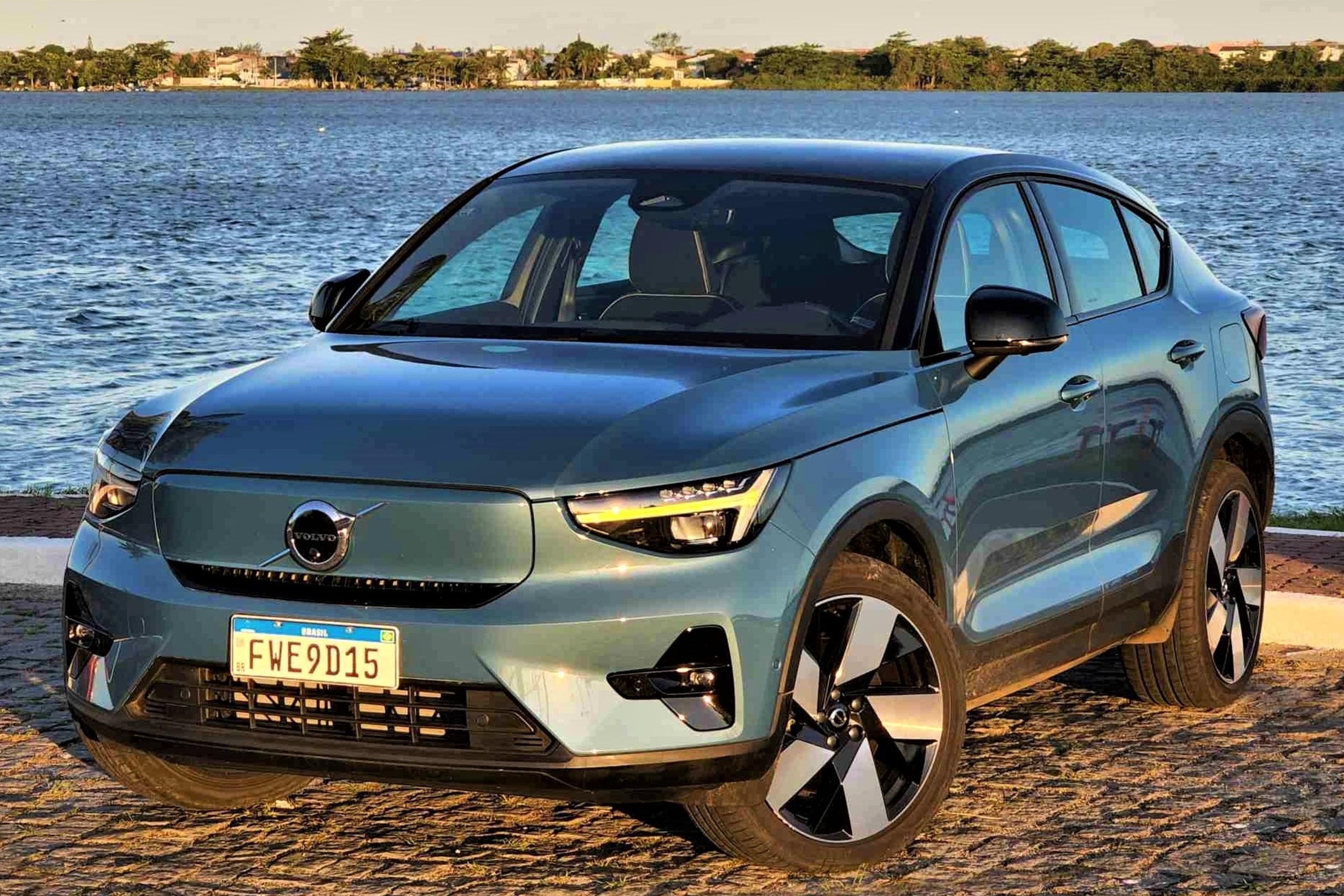 Rolled off the assembly line in Gent, Belgium, the C40 is the first Volvo to be built without a combustion engine and its first sales began in Brazil in February. The coupe-style SUV hit the national streets in August, with two electric motors of 204 horsepower each, with a total of 408 horsepower and 67.3 kgfm torque. The 78 kWh battery provides an estimated range of 440 km. The C40 Recharge is sold in Brazil for R$419,950 – exactly R$20,000 more than the R$399,950 charged for the XC40 Recharge. Total enrollment 546 through November. 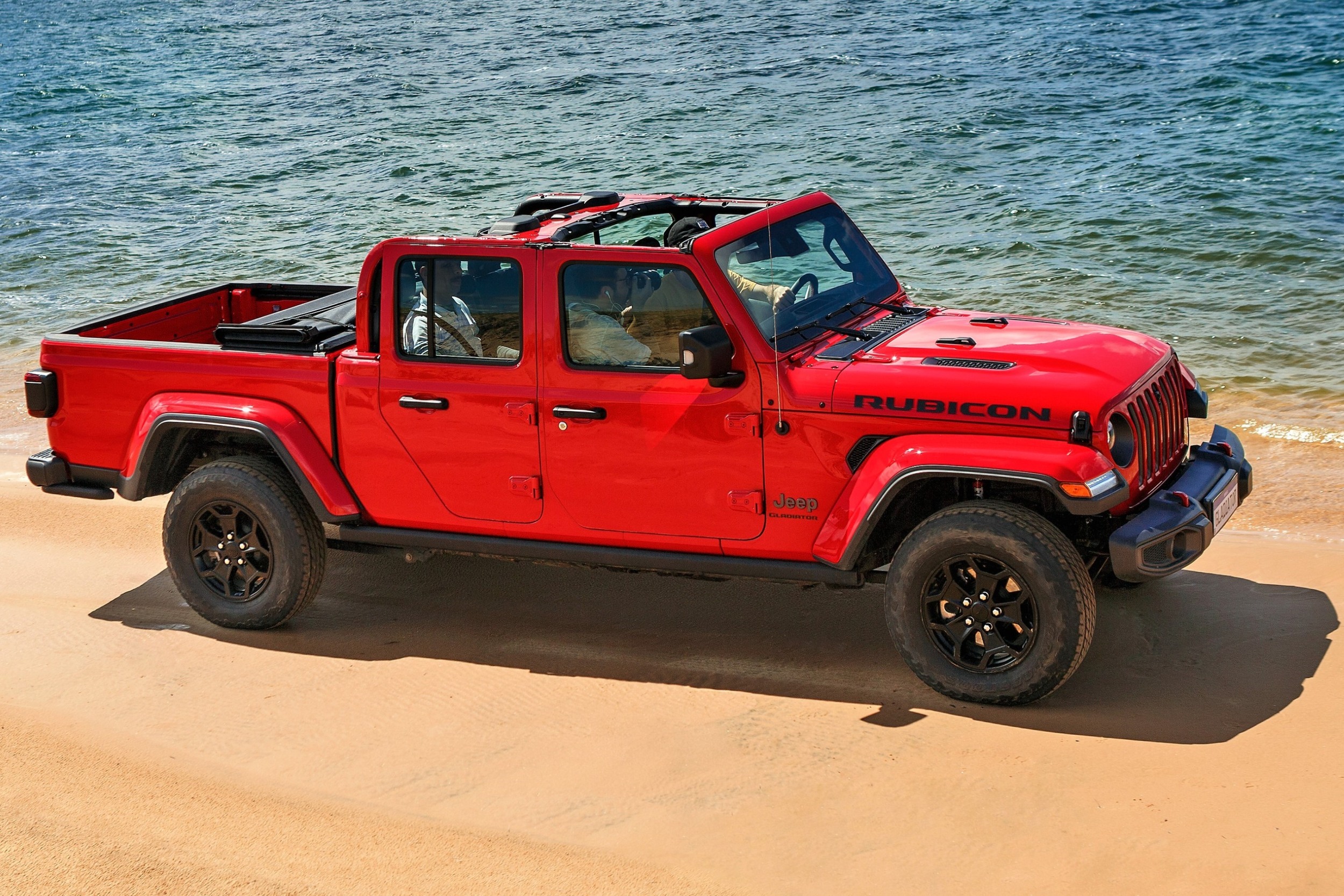 Presented in the United States in 2019 and produced in Toledo (Ohio), the Gladiator image arrived on the Brazilian market in August at a price of R $ 499,990. Perhaps because of the price, the Jeep pickup had only 124 units sold in three months in the country. Gladiator has a 3.6 V6 petrol engine, with 284 horsepower and 35.3 kgfm torque, along with an 8-speed automatic transmission. Gladiator Rubicon includes safety features such as Adaptive Cruise Control, Blind Spot Monitoring, Collision Warning Front with Emergency Braking, and Stability and Traction Control. 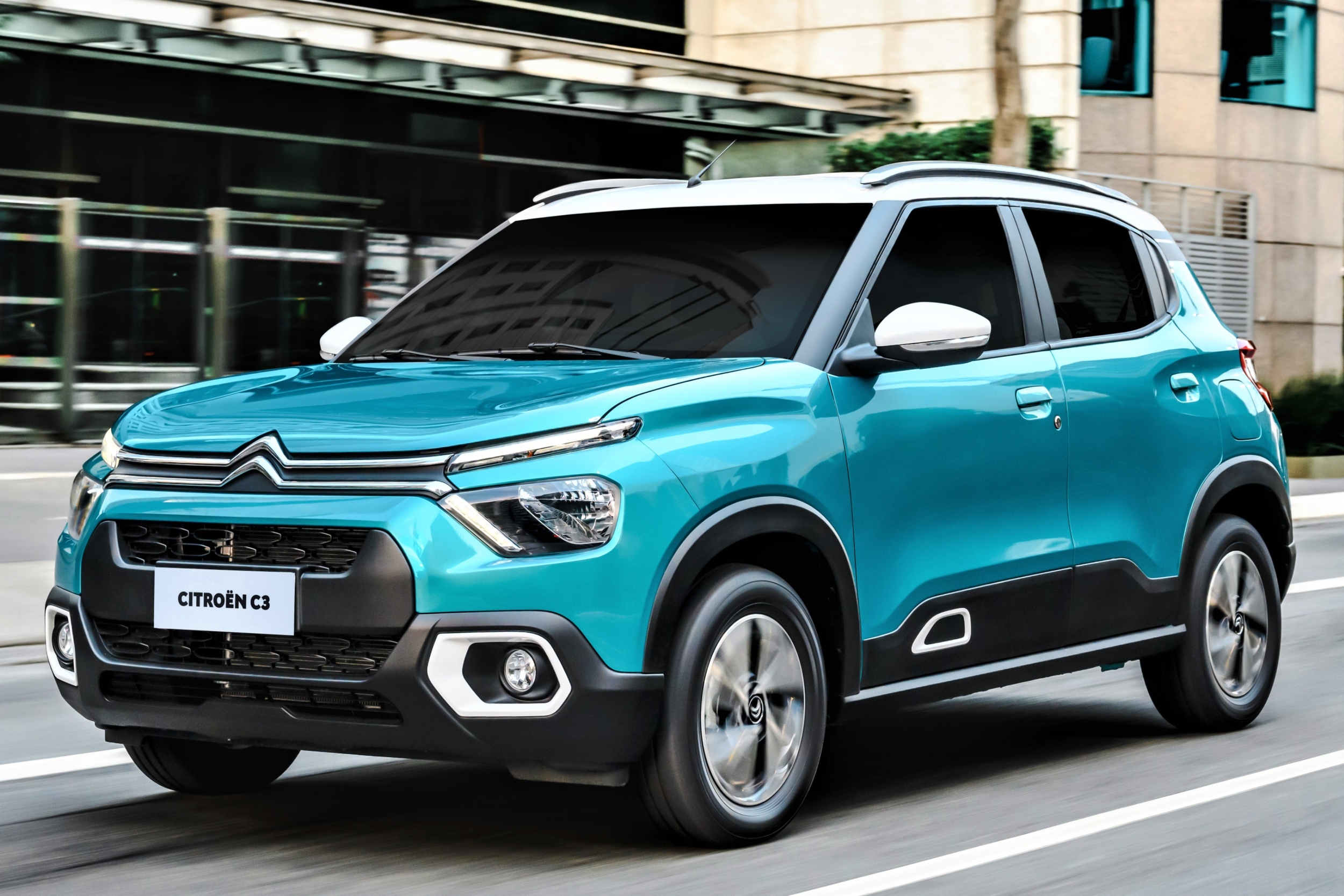 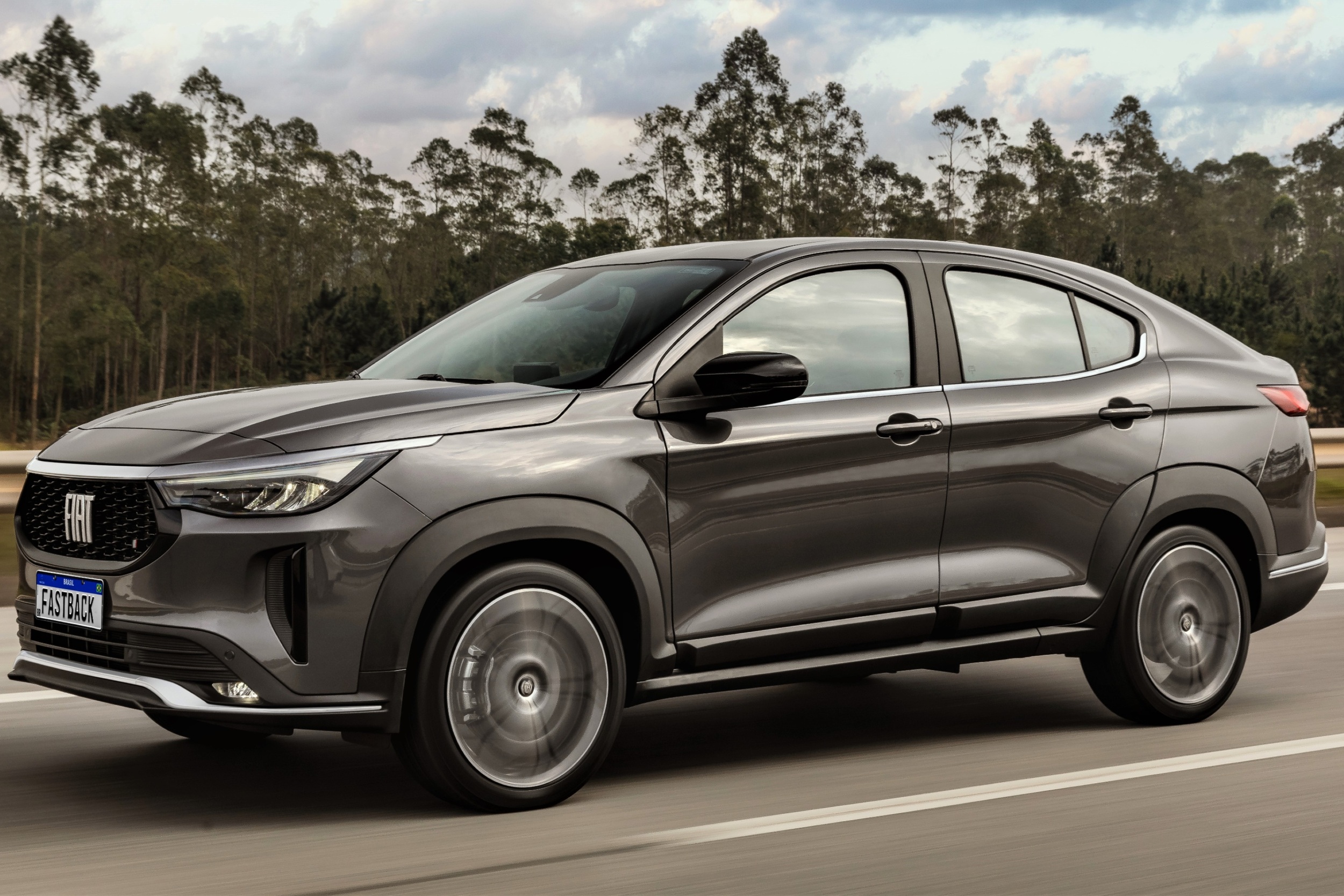 It took time for Fiat do Brasil to rise to the most popular segment in the world market, that of SUVs. The first SUV released by the Italian brand in the country came just last year, with the compact Pulse. In September 2022, the market leader in Brazil presented the Fastback, manufactured by Betim (MG), in three versions, and two entry-level models, Audace and Impetus, equipped with a turbo engine T200 and priced at BRL 129,990 and R$ 139,990, respectively, and the Limited Edition Powered by the Abarth Turbo 270, at the top of the clan, for R$ 149,990. As of November, the Fastback had a total of 6,480 units registered. 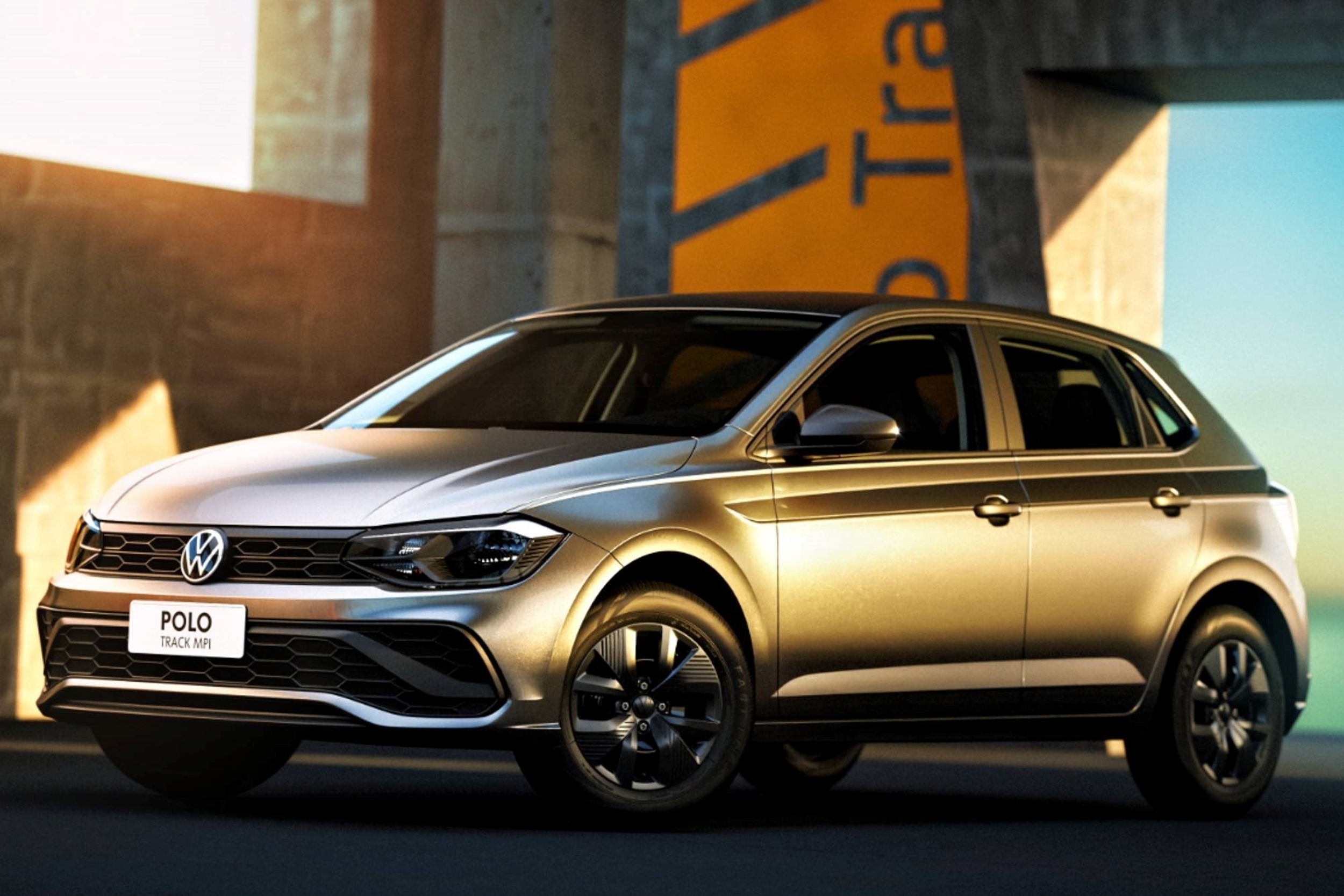 The Volkswagen Polo Track Edition, presented in November, priced at R$79,990 and manufactured by Taubaté (SP), aims to replace the manufacturer’s most successful model, the Gol, which was shown in a farewell variant this year, The Last. Version. The Polo Track has a 1.0 flex engine, with 84 horsepower, 10.3 kgfm of torque and a 5-speed manual transmission. The family is completed with the TSI version, for R$92,990, Comfortline, for R$102,990, and the top of the line Highline, for R$109,990. The task of replacing the veteran national sales leader may not go too smoothly for Polo. That model had only 2,152 units sold for the year.

Secret: The new electric Toyota will be developed for urban use

There are only three cars under R$ 70,000; see what they have to offer

Fiat Mobi is successful because it has 86% direct sales