(Motorsport-Total.com) – Sauber junior Theo Pourchaire will make his Formula 1 debut at the US Grand Prix later this month when he takes on Alfa Romeo in first practice.

Theo Pourchaire on the podium in Formula 2

The 19-year-old Frenchman, currently second in the FIA ​​Formula 2 standings, will make his Circuit of The Americas debut in an Alfa Romeo C42 after winning a private test at the Hungaroring last August ran tests 2019. Alfa.

He will replace Valtteri Bottas in the process, while Guanyu Zhou’s debut in Bahrain counts towards one of the two rookie sessions the team has to offer. Alfa Romeo also announced that Pourchaire will be promoted to reserve driver for 2023, after Robert Kubica took over the role earlier this year.

F1 seat for the first time: ‘A dream come true’

“I’m really looking forward to doing my first free practice in Austin,” says Pourchaire, who has already won three races in Bahrain, Imola and Spa in his second season in the Formula 2 championship.

“It will be my second time behind the wheel of a Formula 1 car, but somehow it will feel like the first because this time it will be during an official Grand Prix session. It feels like a dream come true and I want to thank the Alfa Romeo F1 ORLEN team for believing in me and giving me this great opportunity.”

“I’m excited to be out on the track and I’ll make sure I make the most of it and do my best to help the team prepare for the United States Grand Prix.”

Alfa Romeo team principal Frederic Vasseur praises Pourchaire’s progress since joining the Sauber Academy in 2019 and after finishing second in the 2020 FIA Formula 3 Championship behind Oscar Piastri and last season becoming the youngest Formula 2 winner all the time after his victory in Monaco. 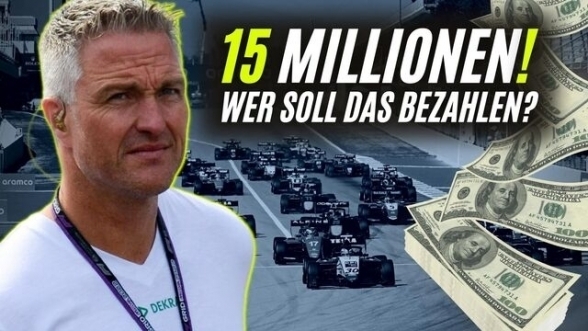 According to Ralf Schumacher, it costs only 15 million euros (!) to get a young driver from karting to Formula 1.

“Theo has shown a good level this season, as he has done in previous years,” said Vasseur. “We have been working closely with him as a member of our academy for almost four years now and have been impressed by his constant development and progression as a driver and, more importantly, as a person.”

“We are happy that he will be able to do his first training for free next week, it is a chance he deserves and I believe he will impress us again due to his performance as he will help the team to get ahead of the team. Grand Prix of the… United States to collect the necessary data.”

Nani will still make his F1 debut alongside Pourchaire in Austin

Pourchaire won’t be the only participant to be featured at FT1 in Austin. Formula 2 2021 runner-up Robert Schwarzman will drive for Ferrari for the first time, while Logan Sargeant will race for Williams.

Antonio Giovinazzi, meanwhile, will be completing his final stint at Haas, who also announced this week that Pietro Fittipaldi will drive in Mexico and Abu Dhabi. Although the Brazilian has already participated in two Formula 1 races – as a replacement for Romain Grosjean. after his fiery accident – and so, strictly speaking, no longer a rookie, his two looks will count as rookies.

Newcastle United have got a record transfer! “Magpies” spent a lot of money on a new striker