THE Kalor Productions met this Wednesday morning (25), with representatives of forces of Piaui Security, between Military Police, Federal Highway Police, Civil Police and STRANSdefine strategies for show Deu Liga, which takes place on January 27 at the Chevrolet stadium, in Teresina.

According to the Traffic Operations Manager of the Security Department, Fernando Aragão, the meeting was fruitful to ensure everyone’s safetyand especially the structure set up to host the performances of Nattan, Zé Cantor, Henrique and Juliano.

The Security Forces explain the tactical plan for the incident (Photo: Disclosure)“The security strategy will take place in the Arena space. Security will be there, reinforced by the Federal Highway Police, the Military Police, the Civil Police, and the Municipal Administrator of Transport and Traffic (STRANS)”, points out Fernando Aragão.

Event he gave the league it will depend 80 police strengthening security, as well as found mobile vehicles for ease and flexibility for the public. The Traffic Operations Manager also points out that alongside the display structure, there will be police security stations to attend to whatever is needed.

“We will have a police force of 70 to 80 men, in addition to vehicles, there will be a mobile station near the event of the Federal Highway Police (PRF). There will be several mobile vehicles, from the Police of Military and Civil Police. We will also have reinforcements inside the Flagrant Center to respond to incidents”, adds Fernando Aragão. 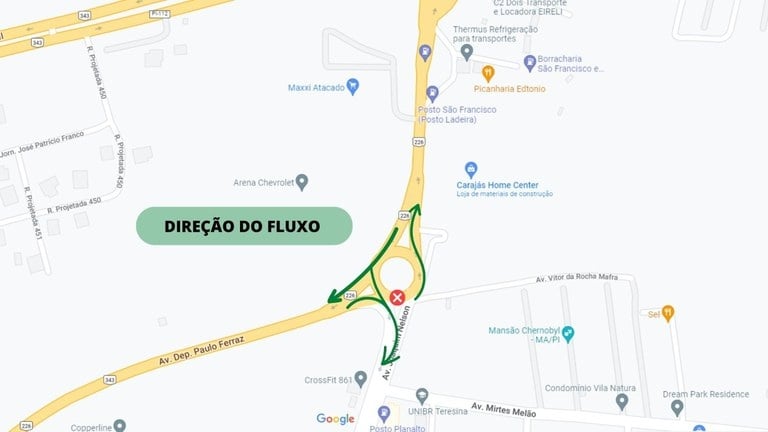 The flow of vehicles allowed in the area around the Chevrolet stadium | PHOTO: Production

In case of such incidents, PRF regularly arrests vehicles parked on federal highways. According to the PRF, this type of attitude can create danger for all road users. Shoulders should only be used in emergencies or for mechanical problems. The vehicle must be properly positioned, using the triangle and hazard warning lights.

The PRF warns that when the shoulder is used improperly, it ends up posing a risk to motorists and other road users, who, in an emergency, will have nowhere to turn or stop, as well as the risk of pedestrians being trampled. this song.

According to article 181, article V, of the Brazilian Traffic Code (CTB), parking on the street is a serious violation. The penalty is a fine of R$293.47 and seven points on the National Driver’s License (CNH), as well as the administrative action of removing the vehicle from the yard. Likewise, the article also mentions highways, expressways and roads with hard shoulders.

Opening the calendar of great shows in Teresina, Deu Liga will take place on January 27 at the Chevrolet Arena with concerts by Nattan, Zé Cantor, Henrique and Juliano.

Ticket sales points are available at Kalor Produções stores (Riverside, Rio Poty and Grand Dirceu malls), Noroeste stores (Rua Coelho Rodrigues and Cocais Shopping) and the website www.guicheweb.com.br. The spaces are divided in the front (access to the festival grounds), Open Beer Lounge (access to the festival grounds and open bar of Itaipava 100% Malt beer) and Grupo Lounge (exclusive space for up to 15 people, and the value section. opposite consumption at the bar).

display marks the return of two people of that country Henrique e Juliano in the capital of Piauí after one year. For the best hits that marked the season nationally.

here is the first Corvette hybrid with all-wheel drive

Chevrolet is offering a BRL 500,000 salary to use the Tracker in the United States