A lot has happened this week. Ferrari presented the Purosangue model, Ford presented the seventh generation of the legendary Mustang with a V8, Volkswagen is proud of electric prototypes, Nissan begins production of an electric combivan, not all – details below.

Ferrari unveiled its first ever SUV, although representatives of the Italian brand never once called the new Purosangue an SUV. It doesn’t change the fact that the Purosangue is the most comfortable, four-seater, roomiest and biggest trunk Ferrari ever to leave the Maranello stables. But don’t worry, the Ferrari DNA remains, powerful V12, monstrous power, above-average dynamics. More in our separate material about Ferrari Purosangue.

During the event, ID. Treffen Volkswagen presented a model of the VW ID Xtreme concept model based on the MEB construction platform for electric vehicles. The car is based on the serial VW ID.4 GTX model, it has two engines with a power of 387 HP, which makes the ID Xtreme the most powerful electric car from the ID family. Thanks to the raised ground clearance and all-wheel drive, Volkswagen is positioning this model as a vehicle that is also suitable for off-road driving. Silke Bagschik, head of the MEB product line at Volkswagen, announced that the further fate of the project depends, among others, on the response of electromobility fans. 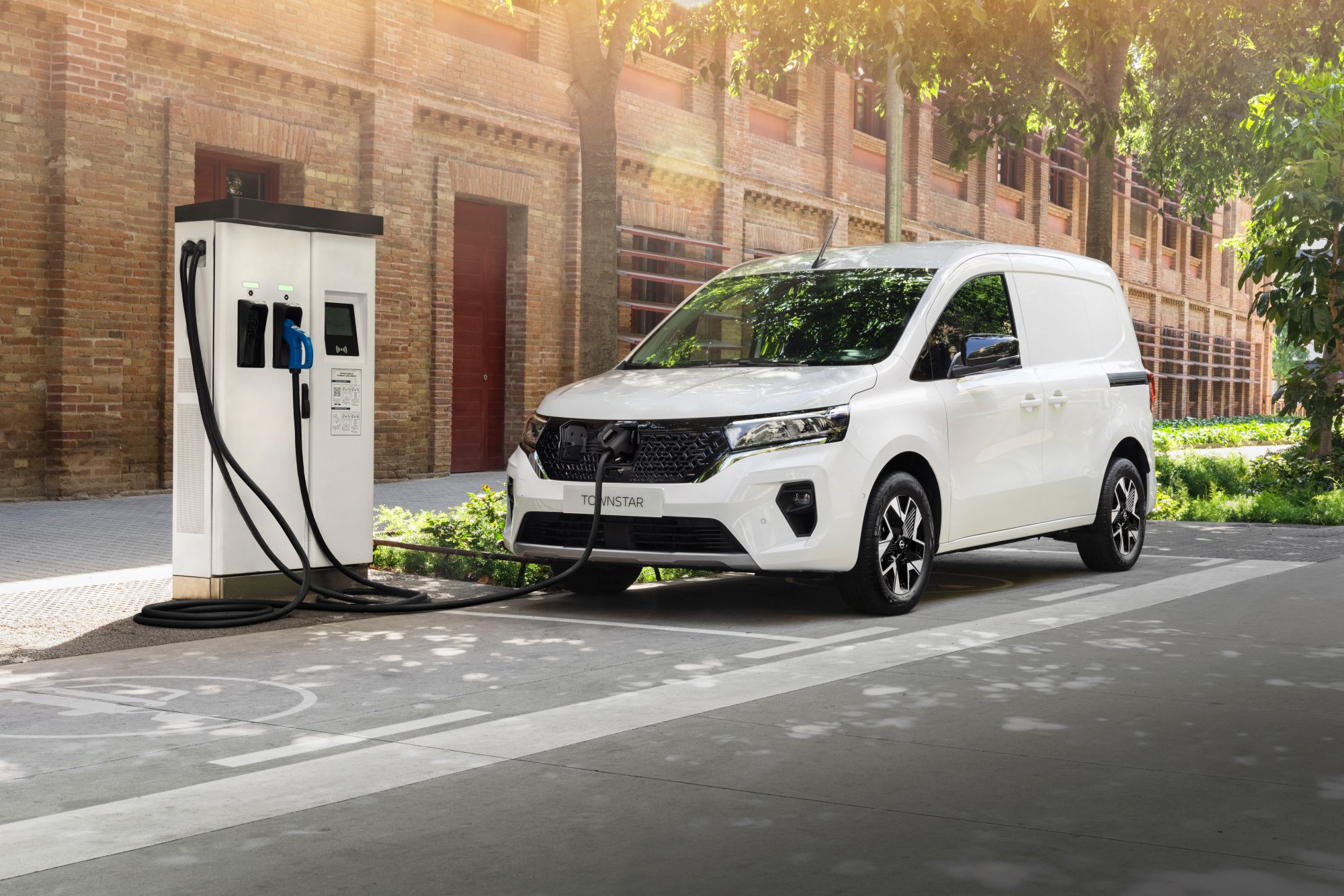 Nissan has announced the start of production of the new all-electric Townstar EV for selected markets in Europe. The electric version of the Nissan Townstar is powered by a unit with efficient energy management and an efficient battery cooling system. The Townstar EV can boast a range of up to 300 km (in the WLTP cycle). Under the bonnet is a 122 hp engine with a maximum torque of 245 Nm. The Townstar EV has a 45 kWh battery and can be recharged with alternating current (11 kW or 22 kW) or using DC fast charging stations (CCS socket). In the second mode, the battery can be charged from 15% to 80% in just 37 minutes. Other important features of the new model are a payload of up to 800 kg and a maximum vehicle weight of up to 1,500 kg. The horizontal loading space has a volume of 3.3 to 4.9 cubic meters, which means that two Euro pallets can easily be handled there. 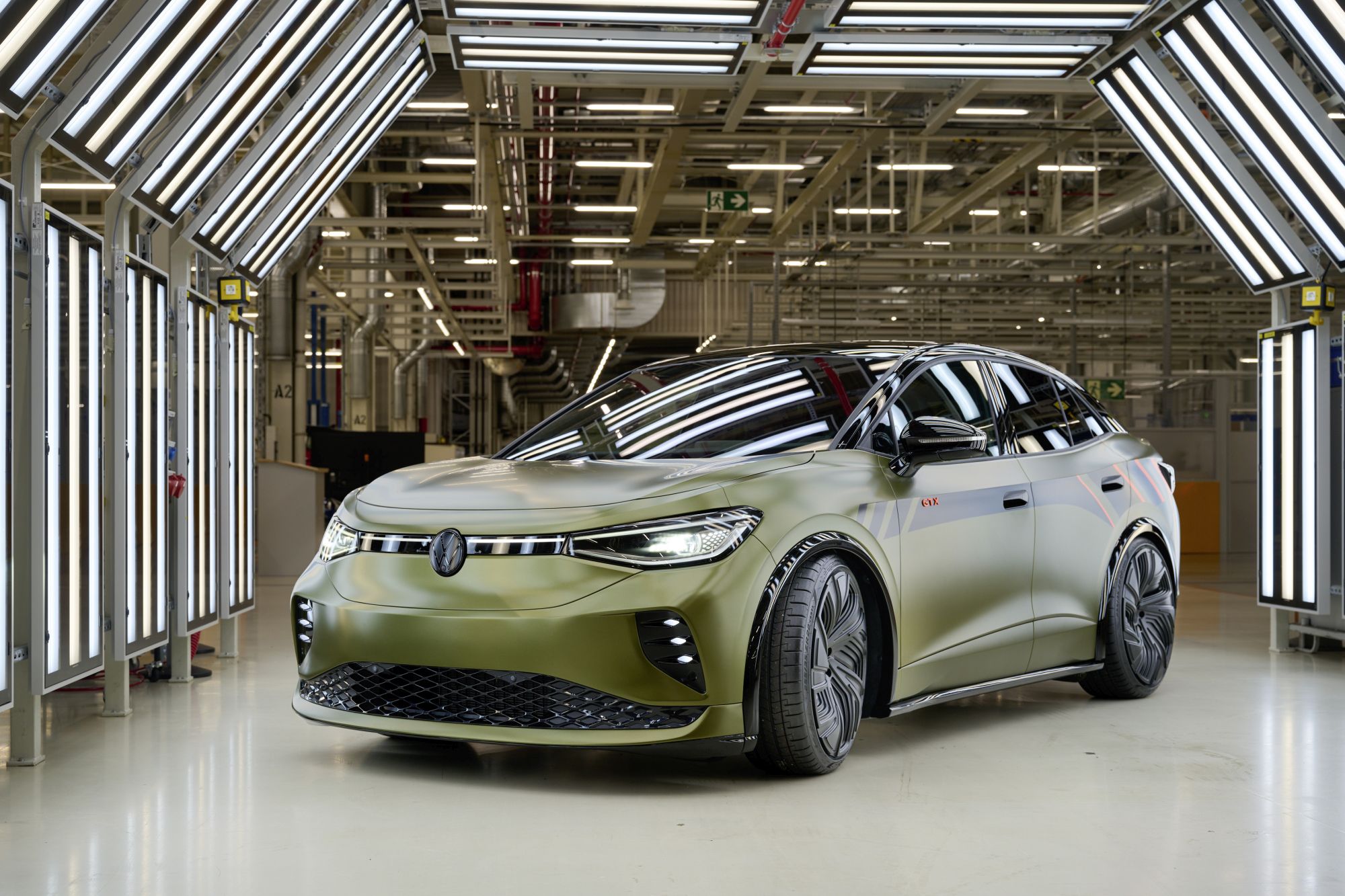 In addition to the street electrician mentioned above, on the ID. At Treffen in Switzerland Volkswagen also showed the VW ID.5 GTX Xcite. The car was built by apprentices at three Volkswagen plants in Saxony – in Zwickau, Dresden and Chemnitz. For one year, 14 top startup experts worked on the project to showcase their creativity under the supervision of experts. ID.5 “Xcite” is based on the standard GTX 5 model ID with a battery capacity of 77 kWh. Modifications include, among others, detailed work on the body. The wheel arches were changed, the sills and the front and rear fenders were widened. The car also has 22-inch powder-coated forged aluminum rims produced especially for this model. The cockpit, steering wheel, door trim and headliner are also modified. When you open the door, you’ll see the armchairs and the attractive harness in the form of honey. 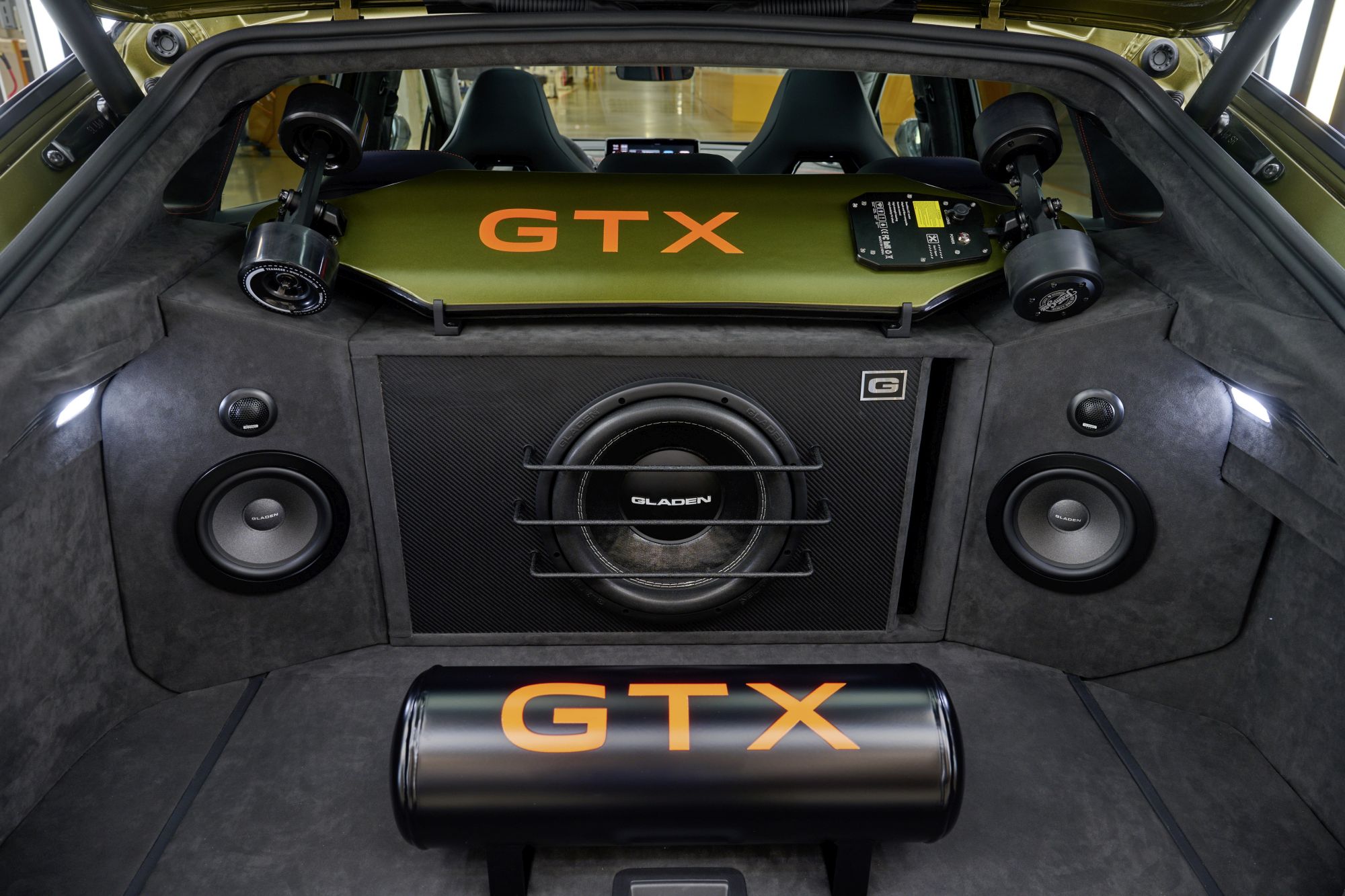 This car uses a digital sound system with equipment from Gladen, Musway and Bang & Olufsen, with 10 speakers and a subwoofer, with a total power of 2000 W. parking to the driver’s destination. 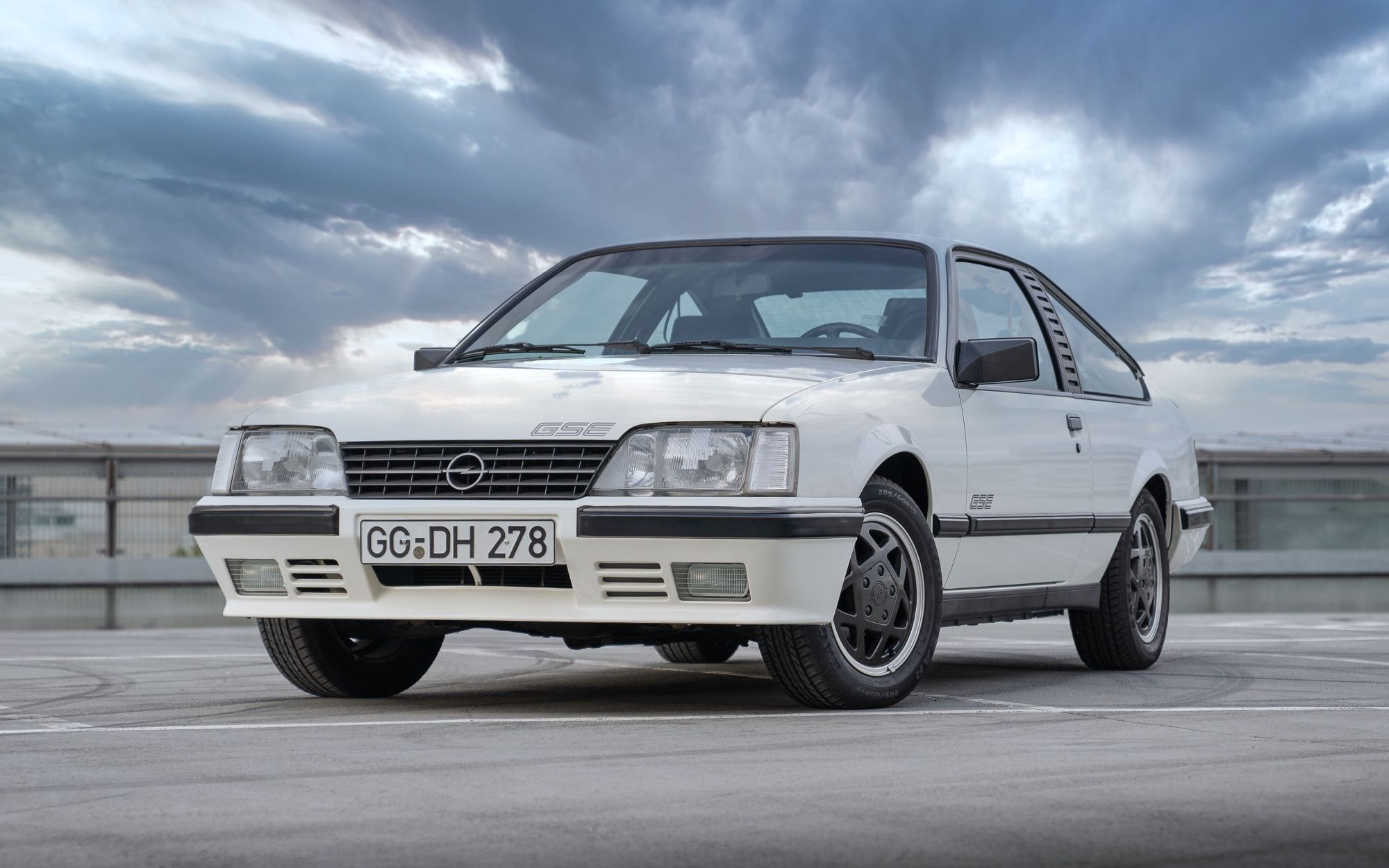 Opel brings back the GSe sub-brand, which will adorn the top models

GSe – these three letters in the Opel brand stand for sports models with rich equipment. Opel is bringing back and redefining the GSe as a sub-brand of its premium product offerings. At the same time, the German manufacturer announces that from 2024 every model in its range will be available with an electric car, and from 2028 it will sell only electric cars in Europe. The abbreviation GSe used to stand for “Grand Sport Einspritzung” (fuel-injected sports cars) – as in the case of the Commodore GS/E and Monza GSE. Now his development will be different. The GSe badge will appear on the convertible, fun-to-drive cars as an acronym for Grand Sport electric. 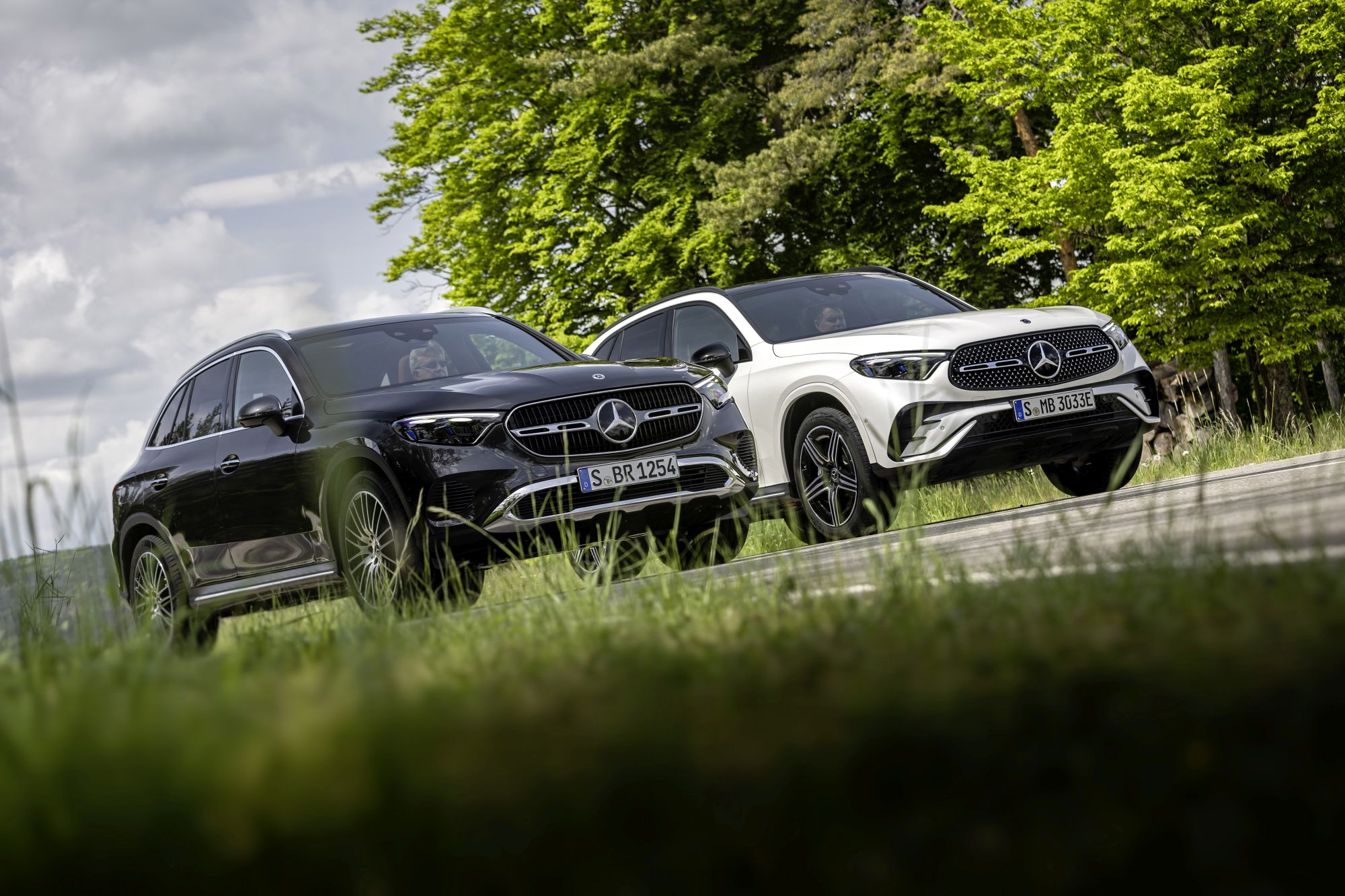 The new Mercedes-Benz GLC in no

The Mercedes brand has announced that the new Mercedes-Benz GLC will soon be available in seven engine versions, petrol and diesel – with a mild hybrid system and as a plug-in hybrid. They develop maximum / system power from 204 to 381 HP. Full electric plug-in variants can cover more than 100 kilometers (WLTP) on a single charge. The body of the new GLC, which is 6 cm longer than the previous generation, on the one hand emphasizes its dynamic structure and, on the other hand, contributes to better aerodynamic efficiency (drag coefficient of 0.29). At 4,716 mm long, the latest generation is 60 mm longer than its predecessor. Length decreased by 4 mm to 1,640 mm. The track has increased by 6 mm at the front (up to 1,627 mm) and by 23 mm at the back (up to 1,640 mm). The increased length of the vehicle contributes to the wheelbase (by 15mm to 2,888mm), giving passengers more freedom. The prices of the individual variants are yet to be established. 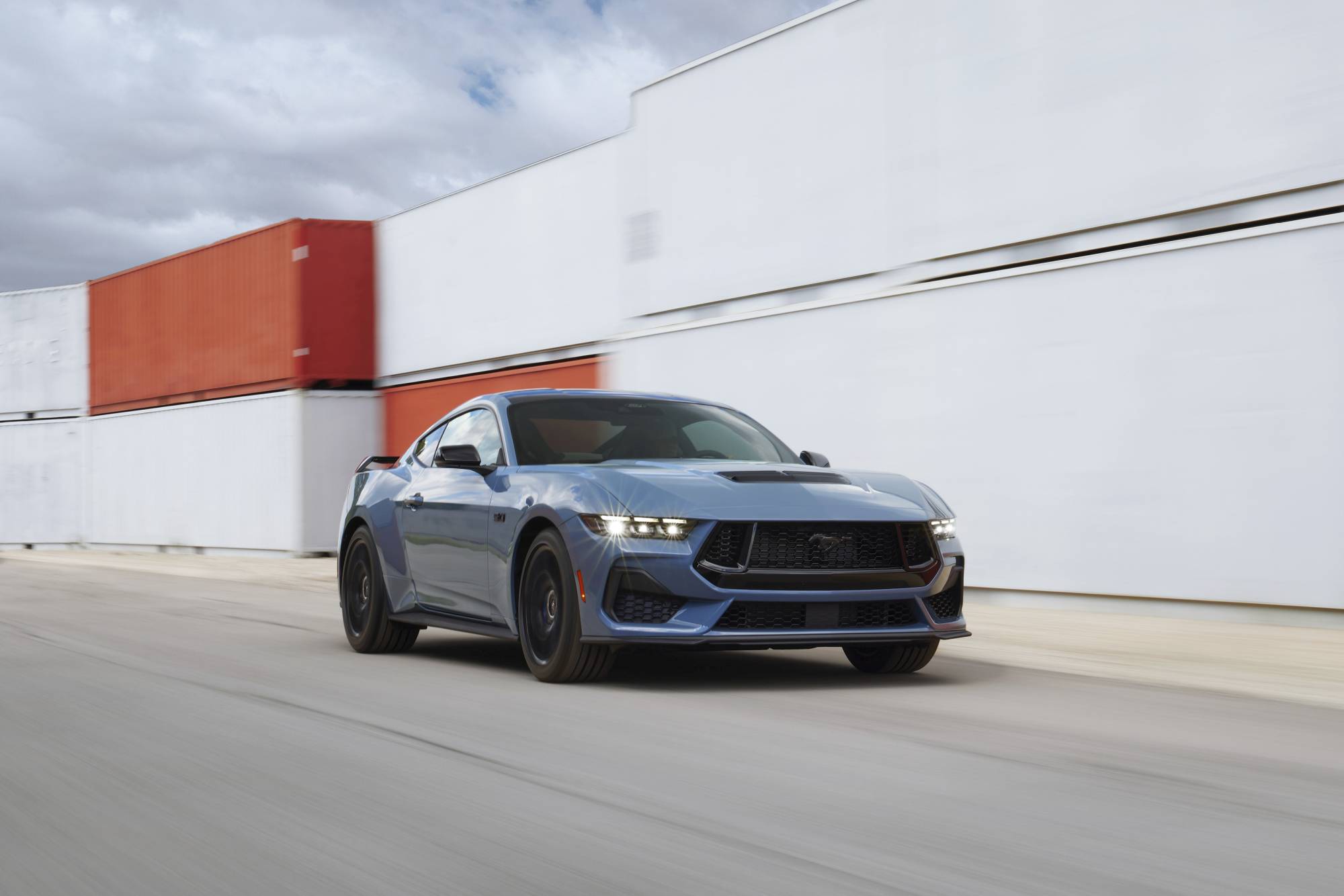 On the night of September 15 Polish time, Ford presented the latest seventh generation Ford Mustang, the most popular sports car in the world, all previous generations of which have already reached about 10 million customers. The new Ford Mustang is not electric, under the hood it has a powerful engine 5-liter V8 without special power, but it was revealed during the presentation that you should expect at least 480 hp and about 500 Nm of torque transferred to the rear axle through a manual 6-speed gearbox or a 10-speed automatic transmission. The new Ford Mustang, not surprisingly, it’s also the most digital Mustang ever. The latest generation Ford SYNC 4 on-board system, constant connection with the environment, the ability to control the car remotely via a mobile app, the Bang & Olufsen sound system and – apparently – the greatest driving pleasure. The car will enter the market in the United States in 2023, and a year later it will also appear in Europe. 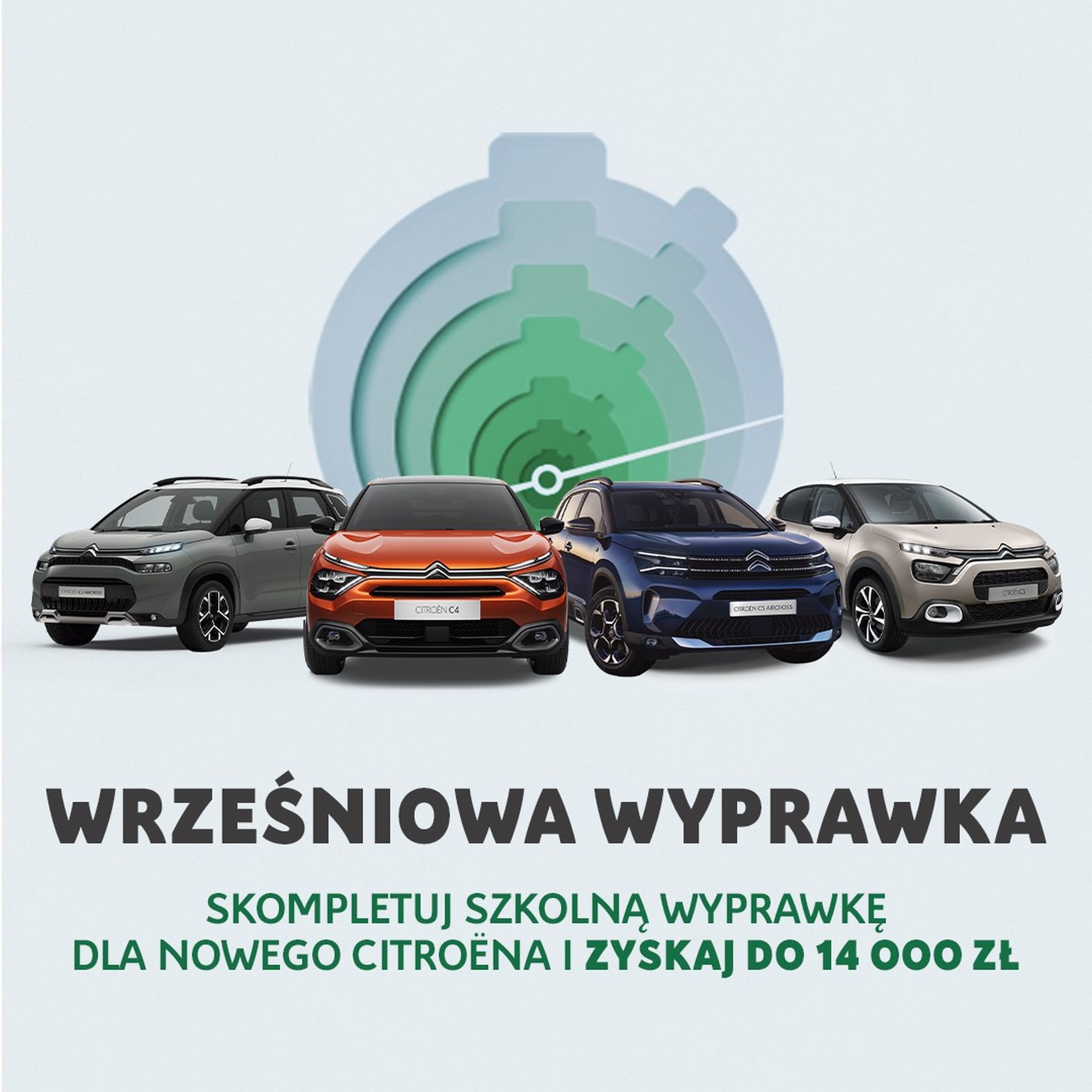 In September, children go back to school, and Citroen customers will get attractive discounts and additional benefits when buying a new car. “School kits for your car” is a package of discounts and extras on the car worth up to PLN 14,000. This offer applies to all Citroën vehicles – passenger cars and vans, excluding hybrid and electric models. Buyers of new Citroen cars will get an additional and attractive 3% discount in addition to the regular offer. the value of the car. Buyers will also get a discount on winter tires – PLN 2,000 for C3, C3 Aircross and Berlingo models, or PLN 4,000 for C4, C5 Aircross, C5 X, Jumpy, Spacetourer and Jumper models. This is not the end of the benefits – as part of the “School seat for your car” customers will get a PLN 1,000 discount to cover monthly fuel costs. When buying online, they will also get an insurance package for PLN 1. The purchase is possible with attractive financing for private and business customers.

The Ferrari Purosanque is a 725 hp four-seater SUV

System 1: Former boss makes tough decision for Vettel – “get out”