At a time when most of us dream of camping on the beach or some other form of entertainment, the fire industry is not working. This week, other brands announced previews for the first half of the year. This is what happened.

The heads of the Polish branch of the Bavarian concern may have reason to be pleased. In the first half of 2022, BMW took the lead in the premium segment with the result of 12,364 registered vehicles, which is 31%. market share – the model most frequently chosen by Poles is the BMW 5 Series. The Mini brand has reached 15%. The increase in registrations (1,621 new Mini was registered), in this case the most popular were 3- and 5-door Mini (840 registrations). The BMW Motorrad brand also gave reasons to be happy with BMW Group Poland. By the end of June, 1,295 motorcycles had been delivered to customers, and the brand is the market leader in the 500cc segment. Since the beginning of the year, the Group has also managed to sell 504 electric cars (375 BMW and 129 Mini). 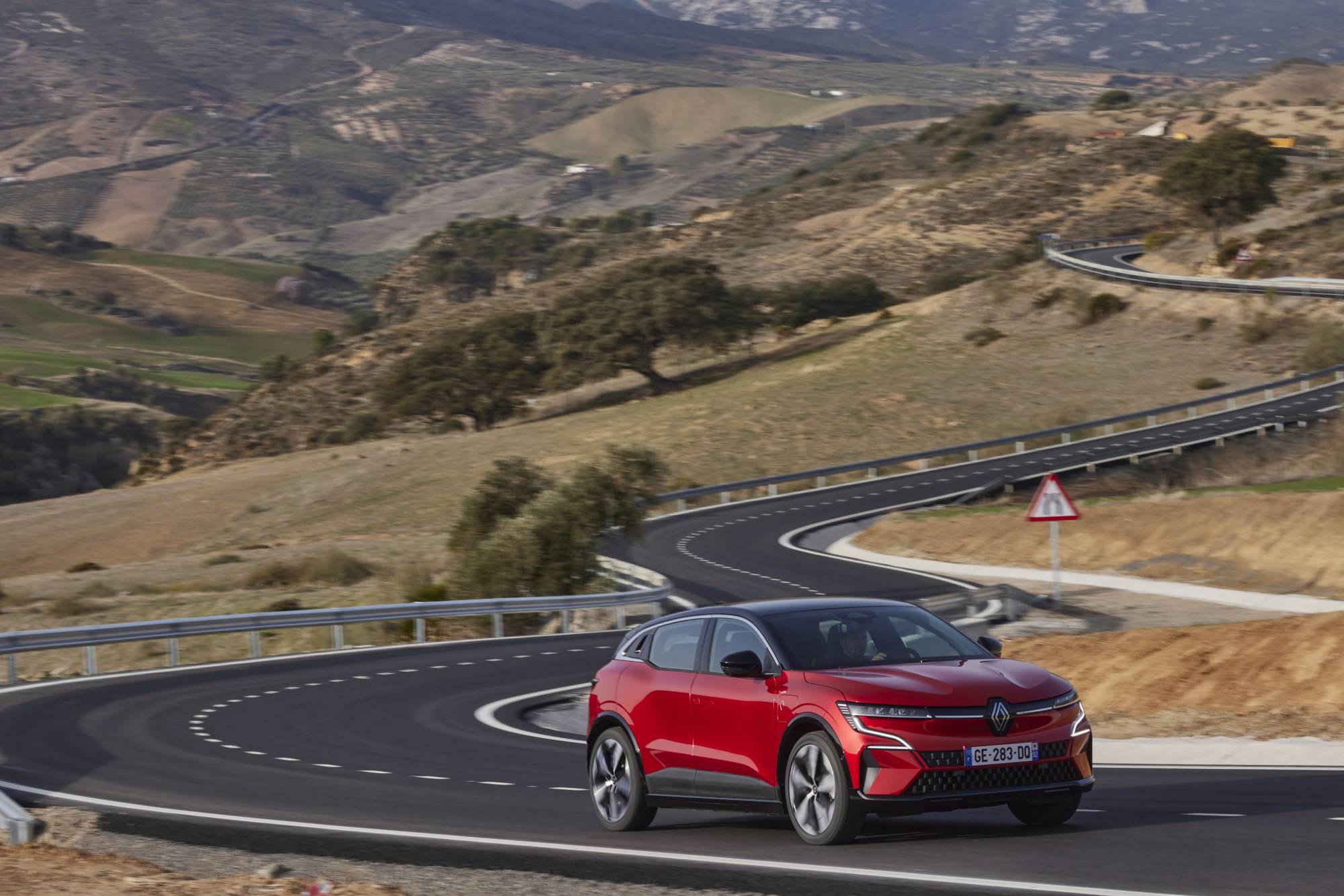 Renault and sales figures in Europe

Renault was also proud of its sales results, which in the first half of 2022 ranks 5th in terms of sales in Poland, and among cars sold at that time across Europe as 36%. are electric cars (full electrics and hybrids). The French brand is also proud of the popularity of the new electric Megane E-Tech, for which customers have already placed 20,000 orders. In the first half of the year, Renault also recorded an increase in popularity among private customers, who now account for the majority (53%) of buyers of this brand in the G5 countries. However, the total sales of passenger cars in Europe in the first half of 2022 were lower than in the corresponding period of the previous year (by 15.1%). It should be noted, however, that this year’s figures do not include the Russian market at all, for obvious reasons.

Volkswagen is focusing on the battery

The German brand this week announced a major offensive in the field of electric car battery production and security of supply. First, on July 7, in the presence of Chancellor Scholz, the foundation stone was laid for the first Volkswagen battery factory in Salzgitter. Cell production is expected to start in 2025. The established company PowerCo will be responsible for the operations of the factory, which by 2030 will invest EUR 30 billion, and the annual sales of batteries should be the same. Another information concerns a new electric battery testing laboratory opened by a German brand. Volkswagen commissioned the facility at its facility in Chattanooga, Tennessee. 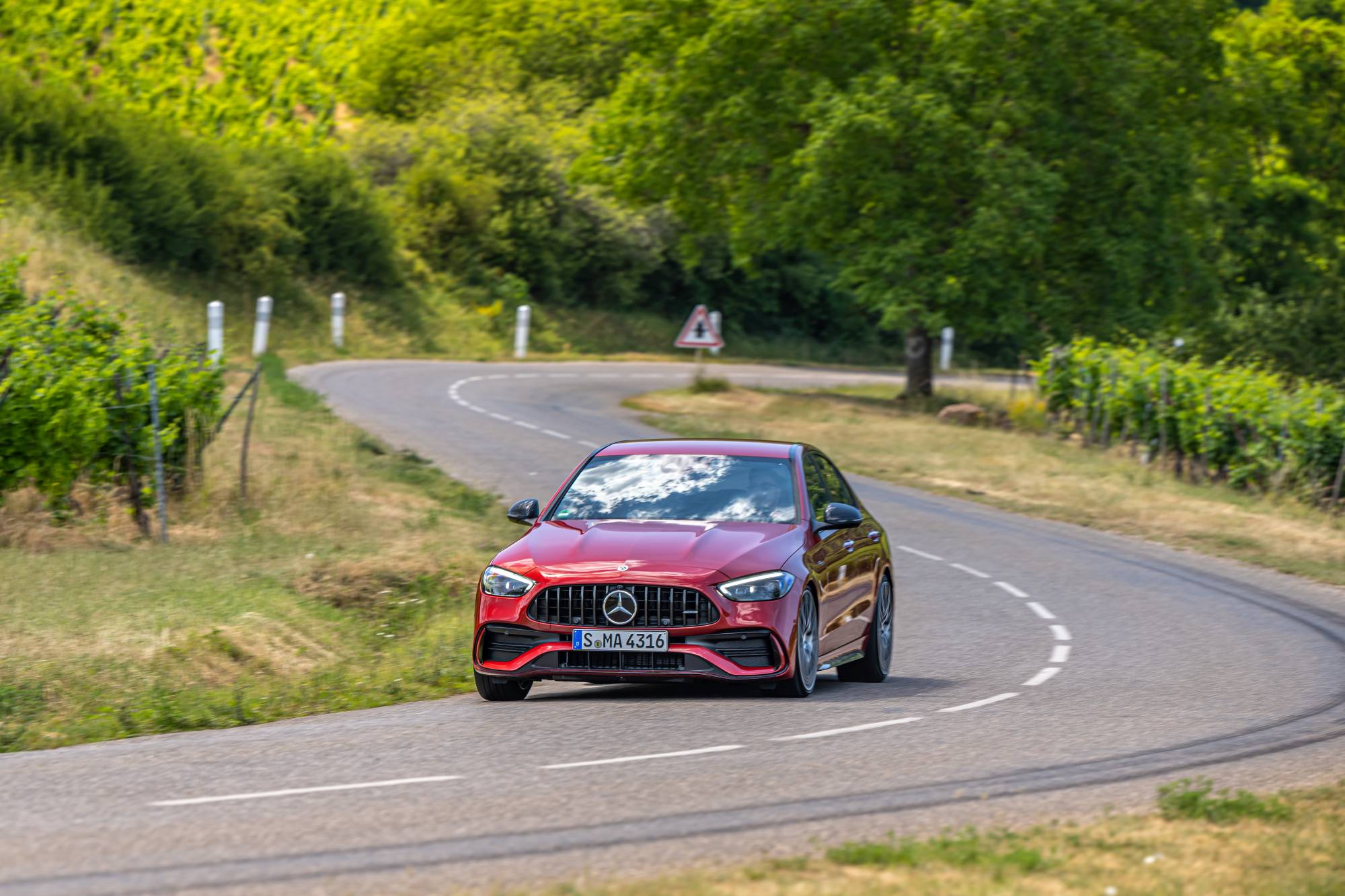 The Mercedes-AMG C 43 4Matic is already on sale

We stay on the topic of the German car industry. Mercedes has announced the opening of orders for the Mercedes-AMG C 43 4Matic, a sporty 408-horsepower C-class. The car is powered by a 2.0-liter four-cylinder AMG engine. Internally labeled M139l (L for longitudinal installation), it is the world’s first series-produced supercharger with an electric turbocharger. This solution is directly based on the technology that has been used successfully by the Mercedes-AMG Petronas F1 team for many years. The maximum torque is 500 Nm, which allows the saloon to reach 100 km / h in 4.6 seconds (the station wagon takes 0.1 seconds more). The car in Poland is available in limousine and station wagon bodies. Prices start from PLN 354,500 for a limousine. Those interested in a real estate car must pay at least PLN 361,200. 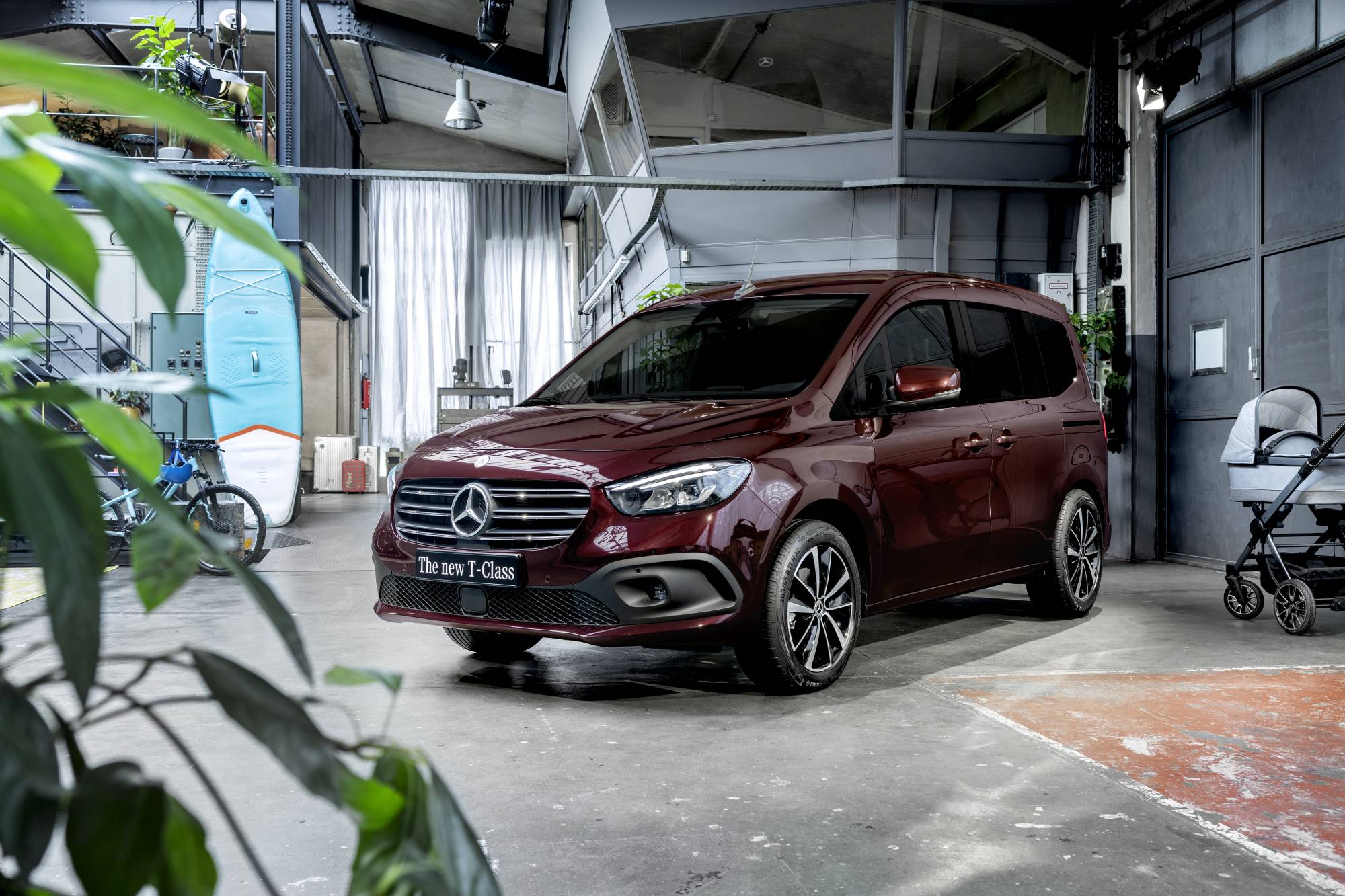 Since we’re on the Mercedes brand, we can’t leave out one more recent piece of information: the Mercedes-Benz T-Class received a top rating of five stars in the Euro NCAP test. The model was at the forefront of the compact van segment, especially when it comes to child safety. The T-Class comes standard with the iSize system for holding three child seats and an anti-opening lock on both sliding doors. Depending on the equipment, the rear electric windows also have a child-proof lock. To protect all passengers, seven airbags are standard on board. 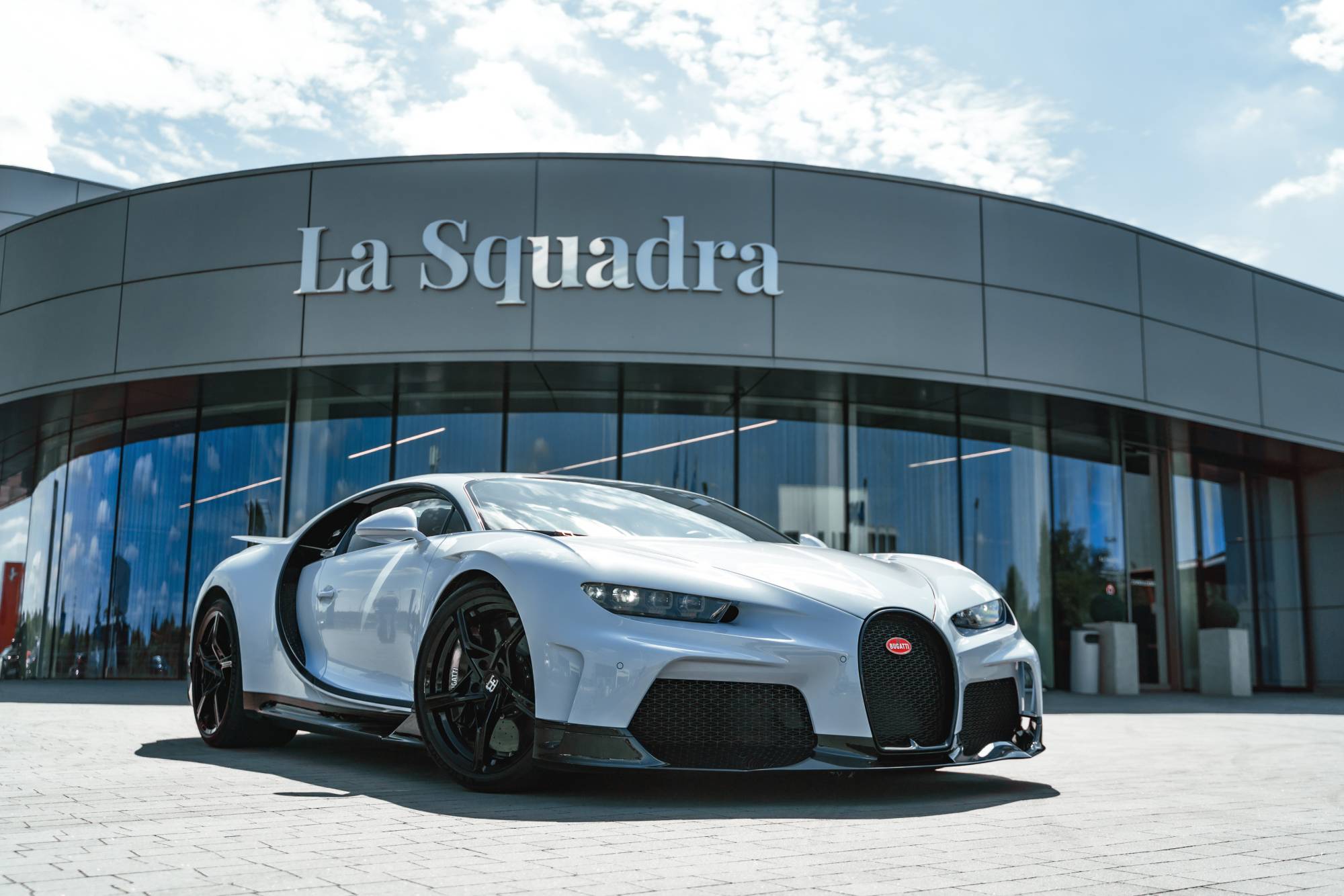 Bugatti has announced the start of a partnership with the Polish company Pietrzak Group. This means that in Poland, the exclusive cars of the Molsheim brand will be seen in the newly built showroom in Katowice. It will not be an ordinary living room. It is expected that this center, located near a permanent representation of Bugatia’s exclusive cars, will have a spa salon, a restaurant, an art gallery, or … a helicopter. There will also be an apiary on the roof, from which the honey produced by the bees will be used in the Ristorante La Squadra restaurant located next to the showroom. 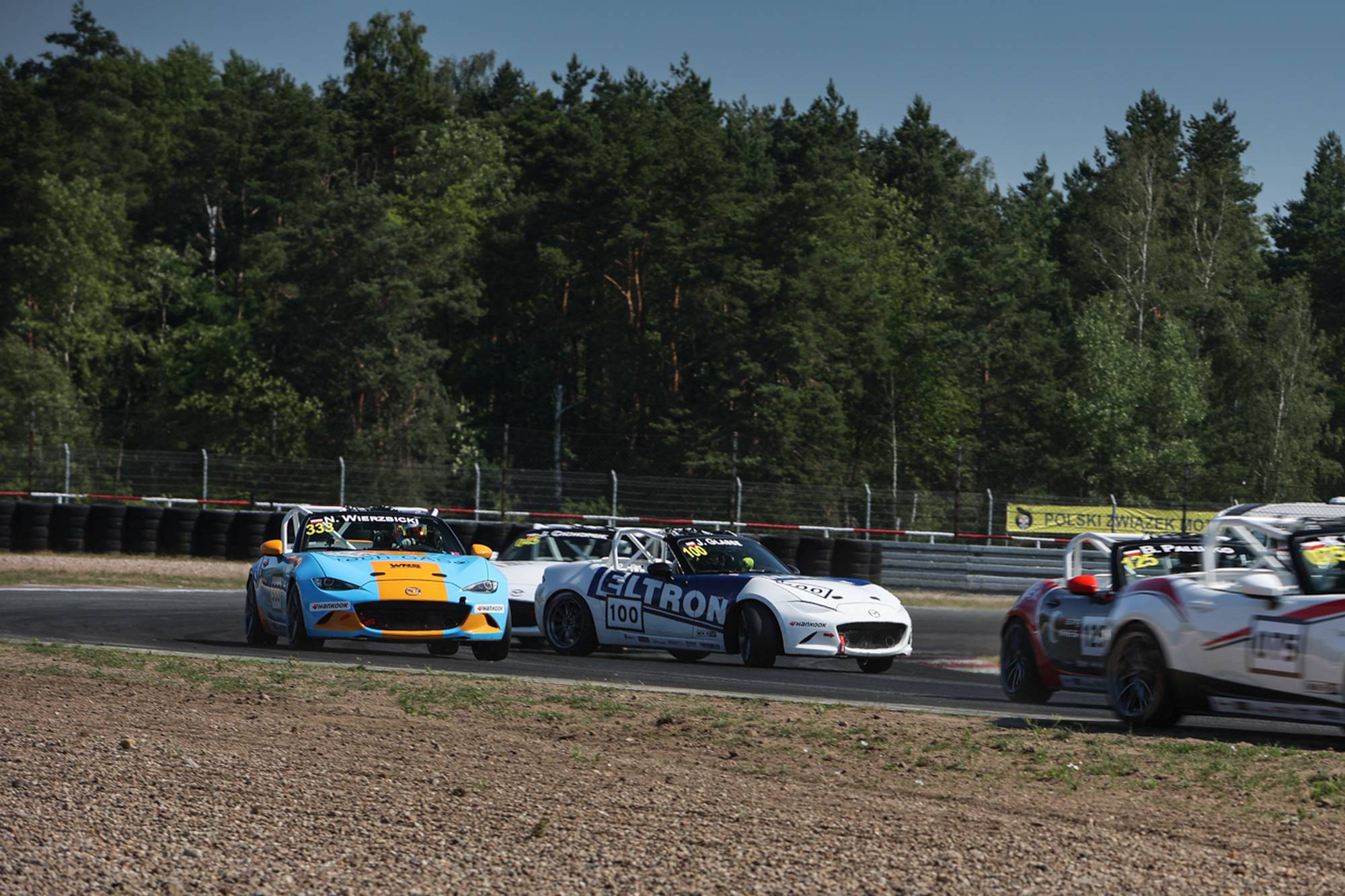 If you go to Poznań on the weekend, the race weekend starts on Friday, July 15 – the fifth and sixth rounds of the Polish Motor Racing Championship, as well as the Mazda MX-5 Cup called Unitel Mazda MX-5 Cup Poland. The cars will take part in two cup races scheduled for Friday afternoon and Saturday morning. In addition, three Mazdas with two crews will start Saturday’s two-hour race.

This is the Alpine A110 R. It’s stripped down like a Formula 1 car

Tesla is opening a new factory in Glenhead, but environmentalists aren’t letting up