Old rivals: In 2023, Rene Rast will move to the BMW area of ​​Marco Wittmann.

In fact, longtime BMW leader Marco Wittmann wanted to turn on the turbo in the second half of the DTM season and still intervene in the fight for the championship. But now the 32-year-old from Fürth must watch brand-mate Sheldon van der Linde take a big step closer to the title.

At Spa-Francorchamps, the South African extended his lead to 32 points with four races to go with a second-place finish on Sunday and now holds 130 points. Wittmann, on the other hand, is stuck in 13th place with 57 points after two nine at the Spa.

There are still 116 points up for grabs, but considering the current level of competition in the DTM and many competitors ahead of him, the title is over! Especially as Wittmann’s formula is currently on a downward spiral – and he also travels to Spielberg with a three-place grid penalty due to a track limit violation.

Topic doldrums: Is another BMW now redeeming itself in the DTM?

That hurts, because since that 2016 win, the ex-BMW man is now chasing his third DTM title – at the time the 17-year-old van der Linde was driving in the Audi TT Cup. After years at uncompetitive BMWs, Wittmann finally got his chance with the new M4 GT3 – and now someone else could be the ultimate savior for the Munich-based company.

Although Wittmann has been a miracle of consistency in his nine years in the DTM so far, as his final positions at the end of the season prove: eighth, champion, sixth, champion, fifth, fourth, third, nine, fourth.

But why is Wittmann not in good shape this year? Last year he proved well with his Walkenhorst team that he can do GT3. Because no one believed him to be able to do anything with the old M6 GT3 – and then the Franconian was suddenly the sensation of summer with victories, poles and podium places! 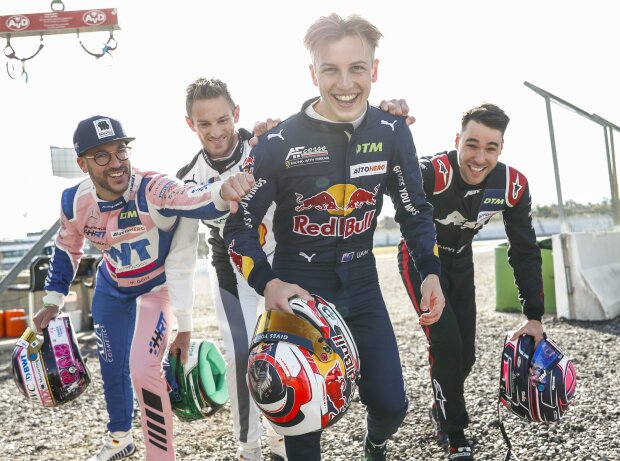 Four races to the end – i.e. at the same time in the championship – Wittmann, as the first follower of the leader Liam Lawson, had only ten points in front before the mistakes in the balance of performance and the weakness of the Norisring of his car. put a spoke in his wheel he made a bill.

Why Schubert looks better than Walkenhorst

Thanks to the new, more versatile M4 GT3, 2022 could be Wittmann’s year. But now, of all times, the new BMW Schubert team looks the best: Sheldon van der Linde and his teammate Philipp Eng have scored 175 points for Torsten Schubert’s team from Oschersleben this season, while Wittmann is solely responsible for 57 points for his Walkenhorst team. . His teammate Esteban Muth – last year still on everyone’s lips as “Overtaker” – has so far come out empty-handed.

There is a reason why Schubert is causing such a sensation in the DTM: The team, which also participates in the ADAC GT Masters with two cars, did not work hard even before the season and tried hard for the DTM challenge.

In total, there were twelve days of testing before the start of Portimao, while Walkenhorst used the four Asian Le Mans Series races to get to know the new M4 GT3 as well as the official DTM test days, which featured BoP. poker and unpredictable weather – in fact with the hard compound Michelin S9, which is not used in the DTM.

Schubert’s additional advantage: Due to many days of pre-season testing, Michelin bought enough tires for the S8, which are now paying off, as the French have had delivery problems for months and have only produced two sets of tires per car. . he gives the test. So while Schubert happily continues to work on the M4-GT3 configuration for the DTM, which is not yet fully finished, the Walkenhorst team’s hands are tied.

In Business, Wittmann repeatedly complained that “for various reasons” the current performance is not what one wants. And early in the first half of the season, we were busy “getting the car into the right window and finding the right tools to set it up,” says Wittmann.

In addition to Michelin’s restrictions, BMW’s delivery problems also made life difficult for Walkenhorst: Because the team from Melle near Osnabrück had to wait until the DTM summer break for the fourth and fifth M4 GT3 – and work with three cars, which you can. always buy for use in NLS Nürburgring long-distance series and 24-hour races. 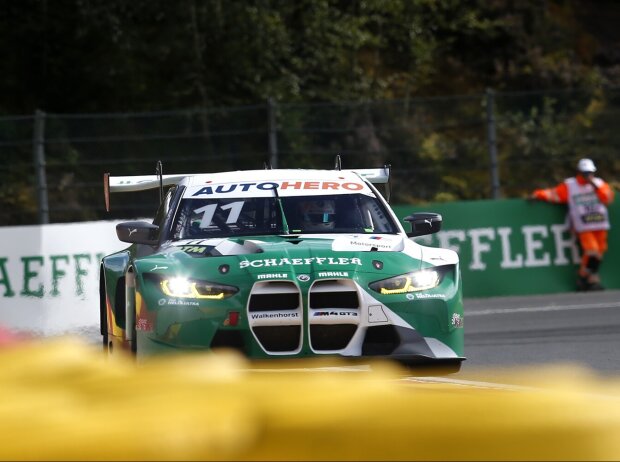 Negative shape curve: Wittmann has been using a new chassis since the Nürburgring zoom

Meanwhile, Schubert has received four BMW M4 GT3s – and van der Linde and Eng’s cars will be used exclusively for the DTM. But why has Wittmann scored only nine points since the start of the second half of the season? This could also be due to the fact that he has been using one of BMW’s new chassis since the Nürburgring weekend – and the set-up methods that have been proven suddenly do not have the desired effect, as we hear.

Is it also possible that the M4 GT3 Wittmann is generally wrong? Although the old M6 was difficult to drive, it gave drivers more options for personalizing the car. And Wittmann is a man who works on every detail. He appreciates how the time tracker is installed in the car and creates a feel-good environment for him.

He also used the M6 ​​option for the display behind the steering wheel to emphasize various data in color so he could have a better overview. However, this is no longer possible with the new M4 GT3.

That may play a role, but it would be presumptuous to conclude that this has a specific effect on lap time. In addition, he has already finished on the podium with the car at Imola this season – and at his home race on the narrow Norisring he was on course for a podium finish despite a long wheelbase before a stop put him back to fourth. .

The main thing is qualifying, because in his two best races he started from third place, while otherwise in 2022 he started a few times from the top 10 positions and in the second half of the season he did not get qualifying results of 12, 13 and 17. . This suggests that it may be the chassis.

How will things go with Wittmann in the DTM next year? That is unknown at the moment, but his place at BMW seems certain. The Munich team will enter the IMSA SportsCar Championship in 2023 with a new LMDh car and at Le Mans in 2024 – and Wittmann is considered the main candidate for this. But he still has a score to settle with the DTM.

It is only politically that the status of BMW’s long-time chief driver can be a concern: Because while the development in Class 1 in the DTM was aimed at him for many years, a certain Rene Rast – and thus Wittmann’s long-time rival – has now been brought to board. And the new Head of BMW Motorsport, Andreas Roos, knows about Rast’s skills since he was at Audi.

In addition, like Sheldon van der Linde, Rast is managed by Dennis Rostek, whose camp is now gaining influence at BMW. So once again Wittmann’s famous fighting qualities are called for.

Who are the four drivers

Porsche’s new SUV. It will be placed on the Cayenne