As reported by Top Gear, Hyundai has closed a project that would take the Korean brand to a completely different level. Perhaps the tables in Excel do not agree, and perhaps the management correctly saw that for this brand it will be “too much” and people will not buy the N model with a centralized engine.

Hyundai made such a car

Albert Biermann, the former head of the “N” branch of the Korean brand, gave an interview to a British newspaper in which he admitted that such a car was in the design phase. It was called the “CEO’s car” and it was supposed to be a big car. True, with high technology, a powerful rear engine and all the good qualities that we associate with the Hyundai N series. The project started in 2017 with the release of the first i30 N.

Besides, Biermann does not hide that he always pushes such an example. He wanted to do the same at BMW. He ended up with the i8, which was no match for the “perfect BMW M” he cared about.

The “Hyundai N” project was to have a carbon fiber chassis (monocoque type), dedicated gasoline engine with electric assist. The platform that was to be built had to be modified for a possible transition to hydrogen combustion.

So why has such a project not been adopted? First, Biermann no longer stands for “N”, he is on board as a technical advisor. Second, Hyundai bosses felt it that a car that would cost around $150,000 will not be sold with that logo.

So he was “slaughtered” and money was released to standardize the rest of the N series – Kony, i20, i30 and Elantra. Another model is waiting for us soon – Ioniq 5 N. It will have about 600 HP and of course “Drift Mode”. It will probably have a lot in common with the Kia EV6 GT, albeit spiced up with the “letter N”. 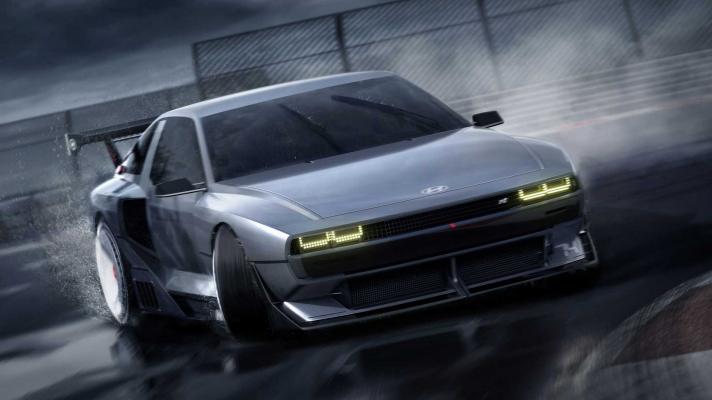 A high-quality project like this, as we speak, can have many sales. But a small “N” model, with a mid-engine, something like the Toyota MR2, for example, can be built. Compassion.