Road traffic inspectors stopped a stolen lorry on the A2. The cargo was going from Germany to Lithuania. The car driver was stopped.

During a Friday evening road inspection on the highway A2 in Żdżary (Wielkopolskie Region), inspectors inspected the vehicle with a refrigerated semi-trailer.

SEE: Poznań. The police found one of the stolen cars, the former president of Warta Poznań

Two branded vehicles were entered on valid shipping documents Lexus. However, it was found that they were listed as stolen in the international police database.

The transport was commissioned by a Lithuanian company. The load was coming out Germany to Lithuania.

“The attention of the inspectors allowed to determine that the transported Lexus cars were stolen. This was confirmed on the basis of the information contained in the international police database of the Schengen Information System” – reads the release. Regional Road Transport Inspection in Poznań.

The driver was stopped and the vehicles were secured. The case is being conducted by the City Police Headquarters in Konin.

Want to be updated with the latest news?

We are in your mobile app. Check us out!

Development in balance with the environment. Volkswagen Poznań employees have already planted 100,000 trees

This impounded Ferrari is now an electric speed police car

Police News for Offenbach, July 29, 2022: Mobile phones were stolen from the store; The Peugeot overturned: the driver was seriously injured; Fire on the roof of the baby building and more 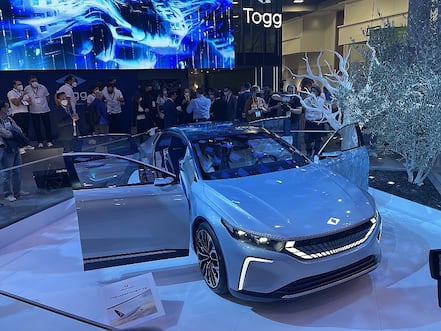 Elektro-Erdogan: Will Turkey now be a paradise for Tesla?