At BMW, the decision has been made that the next generation of models based on the “New Class” platform scheduled for 2025 will be built exclusively with pure electric drives. In addition, other rumors about battery cells for the new architecture have been confirmed.

“Manager Magazin” reports on this change of strategy. Back in May, when the current quarterly figures were announced, BMW boss Oliver Zipse said that the first model based on the new class will be purely electric. “Like [die Neue Klasse] When it comes to the market, it will focus on the 3-series segment, and by then the market will have grown to a size where it makes sense to have only one powertrain in this architecture,” Zipse explained at the time. However, Zipse left open the professional option of installing later combustion engines based on this architecture. Only the first prototype was certified as a pure BEV.

But now BMW seems to be focusing exclusively on battery-electric drives for the new class, also for future models: Contrary to what was previously planned, the platform will not have any option for petrol and diesel engines or for plug-in hybrids, writes the newspaper , naming the group’s senior managers.

However, this does not mean a complete departure from the combustion engine: Combustion engines may continue to be built on other BMW platforms, according to the report “maybe also in new models”. But: For the period after 2025, no new combustion engine model has yet been decided by the board. As it is said, “depending on the demand and availability of batteries”, new types of gasoline and diesel can be imagined – but not in a new class.

“Manager” magazine concludes that BMW plans to phase out combustion engines “faster than expected”. Zipse has finished the course – analysts had already criticized vague and sometimes contradictory statements by board members about the new class that they did not know “what this platform is”. Now there seems to be an indication that it will be an electric platform only. 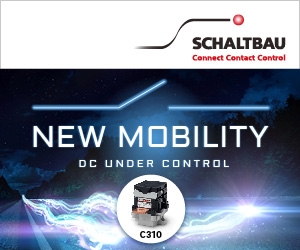 In addition, rumors about the car for the local model called NK1 seem to be confirmed. For the first model of the New Class, BMW wants to develop an 800-volt drive design for the first time and use round cells for the battery, as a high-level BMW manager has now confirmed to the “Süddeutsche Zeitung”. There were already reports in May about switching from prismatic to round cells at BMW.

SZ also provides information on the design of the round cells and their chemistry: They will be 46XX cells, i.e. with a diameter of 46 mm and a length that varies depending on the type of vehicle. This is in line with an earlier report from South Korea that Samsung SDI is making battery cells in 46 mm diameter and the 80 mm high format required by Tesla for other automakers such as BMW, which also have 46 mm diameter variants. its length is between 40 and 60 mm. According to SZ, NMC chemistry will be used in the cell, with the nickel content increased to around 90 percent and the cobalt content reduced.
manager-magazin.de (combustion engine), sueddeutsche.de (battery)

Zipse does not believe in “rapid change” for electric vehicles

Zipse does not believe in “rapid change” for electric vehicles