Porsche was founded in 1931 by Ferdinand Porsche. Initially, it created cars, and during the Second World War, by order of Adolf Hitler, military and armored vehicles for the army of the Third Reich. Currently, it is mainly known for the production of sports and luxury cars.

The logo of the brand, apart from minor changes, has remained the same since its appearance – and since 1963 it has been basically the same. It has the shape of a coat of arms, in the center is a horse borrowed from the coat of arms of the city of Stuttgart, where the company’s headquarters are located.

The horse is placed against the background of the coat of arms of the former People’s State of Württemberg from the times of the Weimar Republic. In 1952, its territory became part of the federal state of Baden-Württemberg. Its capital is Stuttgart. 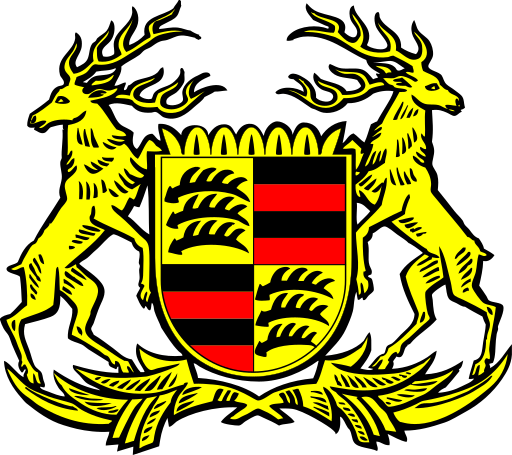 There are two versions of the history of the brand logo. One says so Ferdinand’s son, Ferry Porsche, hastily painted the logo on a cloth during a meeting in a New York restaurant with a car dealer going to America. The logo was then refined by Erwin Komenda from Porsche Design.

The logo has not undergone a major overhaul over the years. Only in the years 1938-48 the horse from the coat of arms of Stuttgart was on it, in 1948-52 it was replaced by the coat of arms of Württemberg. In 1952, both coats of arms were combined. In this version it has been preserved until today – in 1963 it was slightly changed, choosing different shades of colors used.

Journal WirtualneMedia.pl in your email inbox

It is still produced and painted by hand in Germany.

Arkadiusz Łoś, brand consulting & CI director of the Dragon Rouge agency, which mainly deals with the creation of the strategy and visual identity of the brand, highlights the fact that the brand has not been rebranded. – Brand changes between car brands are often forced by two events: the digitalization of communications and the electric revolution. The first aspect needs to be adapted to digital forms, especially for social networks, which prefer abbreviated icons instead of complex symbols and multi-story types. The second encourages a change in visual style based on urban lifestyle (and not about being green). By changing brands, cars signal to us that they are in line with this revolution. Light, flat, transparent, often also linear types of signs are in style, and in the image style, gradients are often used – he says in an interview with Wirtualnemedia.pl.

Against this background, Porsche is conservative. – But is it wrong? Not necessarily – judges Łoś. Porsche is known for knowing what good design is, after all, it has its own Porsche Design studio, so an update to the bold and detailed Porsche logo may have been a long time coming. And sooner or later it will happen, although I would expect another improvement of the logo supplemented by a new well-thought-out graphic system – he adds.

According to the expert, the lack of drastic changes is instead a “notice” sent to the market by customers. – First, Porsche is not like other brands, and wants to do things its own way, not for a crowd of followers. Second, it seems that the brand still holds the message of great attention to detail and hand finishing, and the current logo is part of this narrative. Thirdly, brands with a long history (especially the first ones) have a greater aversion to change (and Porsche is more than 70 years old), because the desire to develop an identity usually prevails instead of following a trend – emphasizes Łoś.

The Porsche badge is a globally recognized brand

– The logo was intended for physical use – like a shield on a car. So the abundance of details that are on it – for example, countless small embossing. And although they look good as metalwork, their implementation – especially in the digital age and digital destiny – is very problematic – says Anita Kamila Sochacka, co-owner & managing director of creative agency and brand Lotna.

– It is enough to look at the website of the brand – the mark in the form and size that can be seen in Porsche lose details and lose its validity and transparency known from the truth. So in terms of broad comprehensibility, multi-use — the logo doesn’t meet the standards of the current design — he adds.

However, Sochacka explains that these limitations do not hide the strength of the company’s logo. – This sign has been “working” for almost 60 years and during this time it has become a recognized brand worldwide. Porsche, which has a strong and stable position in the car market, has a brand that relies on strong marks. You can, of course, think about modernity, but I’m not sure if it would be approved by Porsche and car enthusiasts in general. Luxury products preserve their history – which in the case of Porsche is deep and very symbolic. Being a brand from this unique group, you can easily rely on well-established and rooted forms – thereby emphasizing something that is very valuable in the world of modern marketing – tradition as the basis of business and commitment to quality and development carefully for years. , well-connected functional systems – emphasizes the expert.

In terms of design, says Sochacka, this is different from the current trend. – More and more brands decide to update their images. A good example is last year’s rebranding of Peugeot, which in February presented the eleventh version of the symbol in its history – in a new and simplified version, the symbol was a lion’s head on a shield instead of the usual metallic shape of an animal. . A year before the French company, changes were also seen in BMW – and although the type of refreshment was presented, it was more important than ever in the history of the German manufacturer – so much so that changes and a new logo were made throughout. the world like a wildfire – he adds.

According to Sochacka, it cannot be ruled out that Porsche will also go this way one day. – Change can be a very interesting design process. Regardless of whether the company stays with its trademark for many years, or decides to facelift, one thing is certain in my opinion – it will not have a negative impact on recognition. Even among ordinary car people who have little to do with cars. The Porsche logo is not just a car brand logo. It is synonymous with luxury, prestige, years of tradition and an ethical retreat. Its appearance and significance have long gone beyond the automotive world. Most people looking at the dark horses mixed in with the city and regional signs will know exactly what they are dealing with. – emphasizes Sochacka.

911 Edition 50 Years of Porsche Design: between modern and contemporary design