BMW Motorrad is famous for its amazing motorcycles, its powerful sports cars and even its well-equipped motorcycles. But the motocross BMW looks new! Not everyone remembers, but BMW has already entered the world of MX racing… And the reason few people know about it is because the project did not grow as the brand would have liked! See more details on this a curious story.

BMW made ‘Husqvarna motocross’ and failed…

The world of motocross is full of creative and innovative ideas. Yamaha, for example, has already built example and two wheels. It wasn’t successful, but it wasn’t a case of despair as much G450X went to BMW…

BMW Motorrad is successful in almost every area in which it operates. Welcome…

For those who don’t know, the G450X was produced by BMW when the brand Husqvarna belonged to the company German. The model had a very specific design, making great use of mass gathering near the center of gravity.

In this way, the motorcycle had gas tank under the seat, to lock the traditional place for the air box, battery and throttle body. Thus, it enabled the maintenance of the air filter, which was fixed by two clips under the right side of the front of the motorcycle.

It was an innovation with great dedication to the brand’s engineers. By the way, motor BMW was designed in Germany but built in Taiwan and Kymco. Yes, the same international reference in scooters that makes the products available here in Brazil, represented by JTZ… 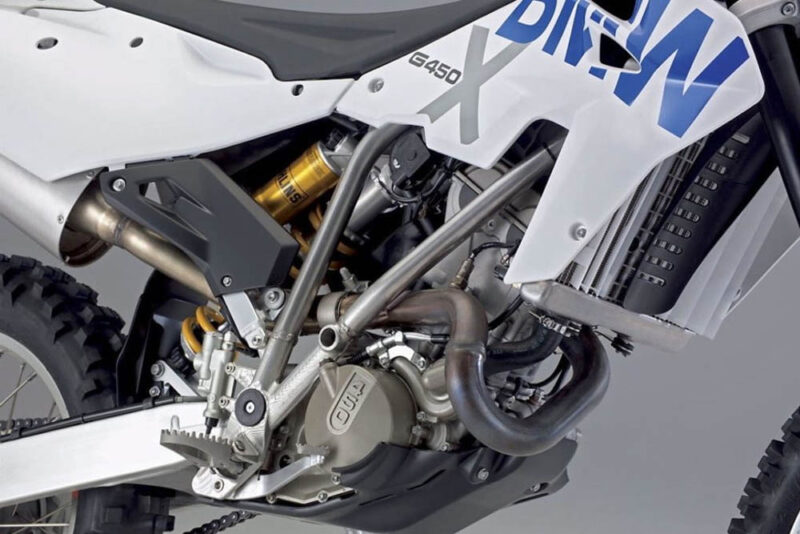 A project shared by Husqvarna, the engine offered by the brand focused on scooters, the model chosen to receive a series of German innovations. What could go wrong?

Back to BMW motocross, the G450X had fuel injection on a closed circuit which, according to the owners, stopped easily. The countershaft sprocket was placed on the pivot line of the swingarm, called the coaxial drive system.

The engine was tilted forward 30 degrees and small clutch was placed near the crankshaft. However, the engine was hung under a truss-style structure where it was vulnerable, and said crankshaft was rotated backwards. It was not a good recipe! 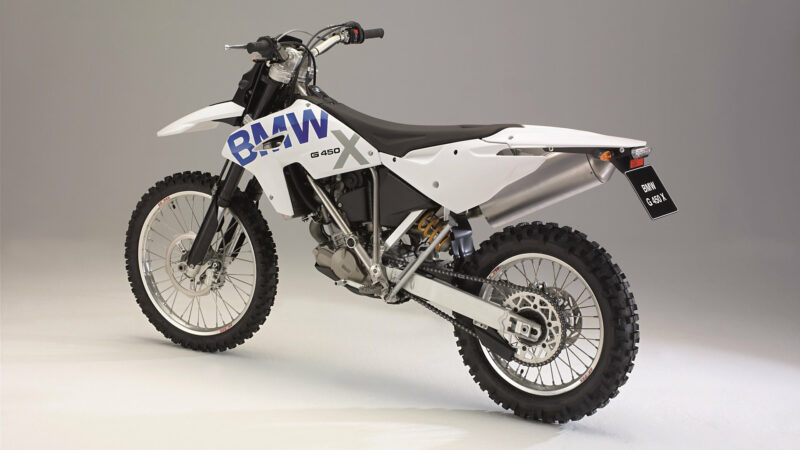 AG 450 X tried to innovate several features and solutions, going against the ‘standard’ recipe of the industry. But sometimes the best thing to do is to bet on what you know will work.

Can a super racer save a motocross BMW?

Well, the G450X was plagued with several design issues, negatively affecting its market acceptance. In addition, it put the quality of the product in check. It was time to act. How about hiring one of the best riders in the world to compete on a bike, showing off his skills?

Also it didn’t work. In 2009, BMW hired Two-time World Enduro Champion, David Knight, to lead the recently launched G450X. But after disappointing results in the first half of the year and difficulty adapting to the bike, David asked to be released from his contract. According to BMW, before the start of the season, the pilot did several tests on the G 450 X, but during the race it became clear that man and machine were not compatible… 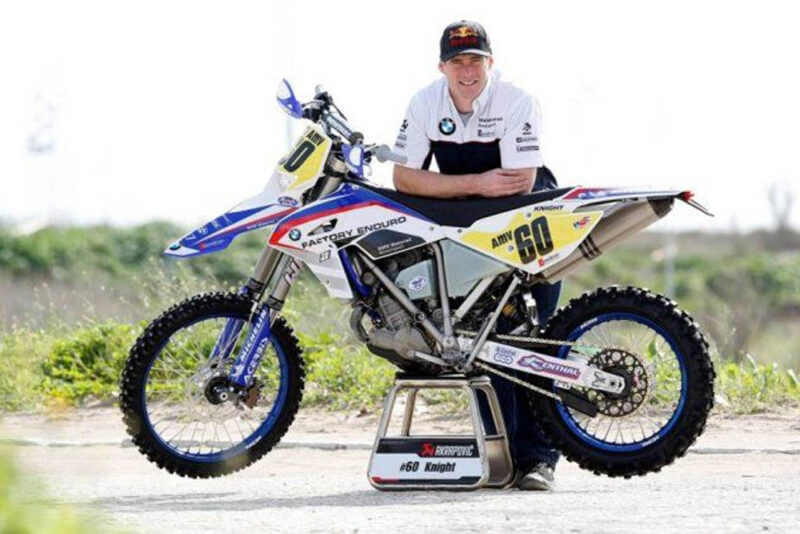 It only took half of the 2009 season for David Knight to request a termination of his contract with BMW.

goodbye to the market

After failing to make the raid, the BMW left off-road motorcycle market at the end of 2010. But since the brand still owned Husqvarna at that time… and it was up to the Swedish company to use the Taiwanese engine in the TX449 motard model, from 2011 to 2014. 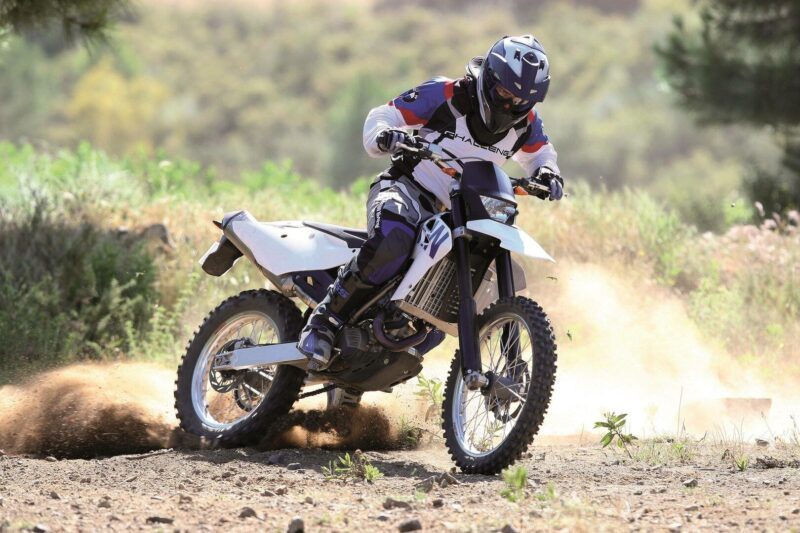 The AG 450 X may not have been successful on the tracks or in the shops, but it is an attractive option for anyone looking for a light, powerful and unusual motorcycle.

For 2011, BMW also released Husqvarna’s mission to develop another motocross version, the TC449. None of this seems to have been successful with the giant KTM bought Husqvarna in 2013, and made the move to release all the German intellectual property of motocross!

Right now, the G450X is a different and curious model. Why not say something rare and amazing to bike fans here in Brazil?! And those rare specimens are sold for their weight in gold here in the country, even though they have a bad history in the racing world.